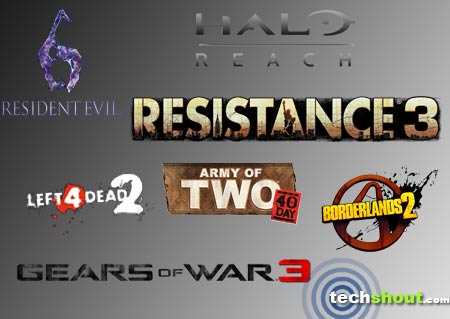 Today we’ve brought you some of the best split screen games that are all the more enjoyable with someone by your side. You can high five them, swear at them or even have a friendly tussle with them, as they sit and play right beside you all the while. Now there are games that have their entire campaigns playable in split-screen, and then there are those which contain co-op specific content most of the times aimed at cashing in on a larger audience. We’re going to omit the latter ones from the list, and give you a lowdown on those titles that let you play their story modes with your friends by your sides. So without wasting anymore time on the introduction, let’s have a look at the best options available. 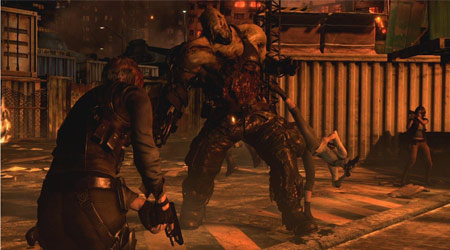 Released just at the start of this month, Resident Evil 6 is a title filled with really long hours of diverse experiences. As we all know, the Resident Evil franchise is all about a zombie-outbreak and how a select bunch of characters tackles it. This sixth main entry to the series contains three large scenarios which take place in a tied storyline, each with their own distinct design.

The three campaigns are focused on three different protagonists who have their own partners accompanying them. This allows you to complete the entire title with your friends using its polished offerings. Besides its survival horror elements, its remarkable visuals and its overall appeal make it an unforgettable title. 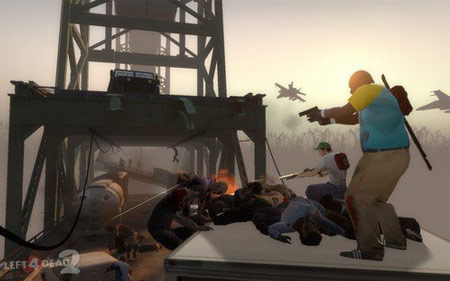 Teamwork is a prime factor in determining how you fare in Left 4 Dead 2 which was released to wide critical acclaim in 2009. It is a first-person shooter with survival horror elements which again has you killing zombies as a band of four survivors of an undead apocalypse. Although four-player co-op is available, double-screen play is limited to two gamers only.

There’s a ton of fun to be had in this title thanks to its immensely engrossing shooting mechanics and its intriguing story. This second entry to our catalog even features a unique enemy AI system which adjusts the game’s difficulty based on players’ performances. 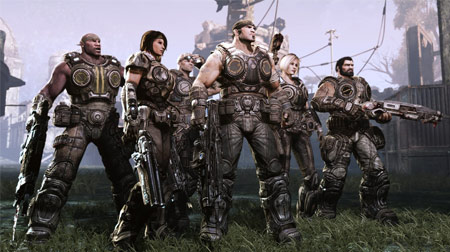 By far, one of the greatest examples of what third-person shooting gameplay should be like is Gears of War 3. It makes gunfights a truly delightful experience thanks to its finesse in the department. This third title in the series marks an end to the story arc of the trilogy. Gears of War 3 allows you to play its entire campaign in cooperative fashion with local double-screen support only for two folks.

And apart from the campaign, you can also team up with your pals in its genre-defining Horde mode which asks you to put down waves of enemies, with the level difficulty increasing with each one. 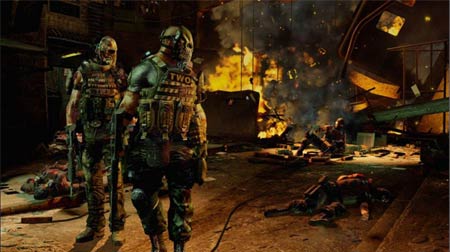 Now here’s a title that cannot really be fully enjoyed if played alone. As its name implies, this title has been aimed at co-op enthusiasts who enjoy two-player experiences. Along with its entire story mode, its competitive multiplayer too has been built with its focus on cooperative play.

Army of Two: The 40th Day is third-person shooter which asks you to step into the shoes of its protagonists, Tyson Rios and Elliot Salem, who are faced with surviving an attack by invading forces that have landed in Shanghai, China. It is available now for the PS3 and Xbox 360. 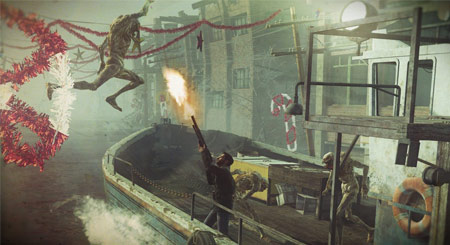 Released in September last year, Resistance 3 is a wonderfully crafted post-apocalyptic FPS which deserves each and every bit of praise that it has been showered with. This title makes its way into our roster based solely on its incredibly enjoyable gameplay.

You can make use of a large array of distinctive weaponry as you team up with your friends to play its campaign in its two-player co-op mode. It’s got some really praiseworthy visuals that are complemented by support for stereoscopic 3D. 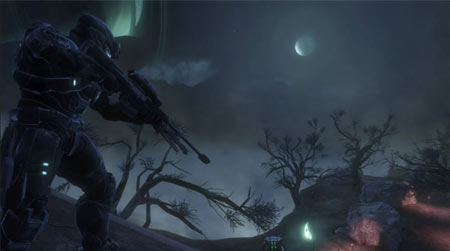 Halo: Reach is series-creator Bungie’s final title in the series, and its efforts to leave the reigns of the franchise with a bang are evident in every bit of the game. Halo: Reach is a thoroughly polished title which takes no prisoners while delivering you some of the best first-person shooter gameplay you’ll ever experience. It allows you to indulge in its entire campaign with someone by your side.

And double-screen play takes nothing away from the brilliant visual appeal that the title possesses. It can be purchased now exclusively for the Xbox 360. Another title in series, Halo 4 is gearing to release early in November this year. So if you like this one, make sure to check the new one out too. 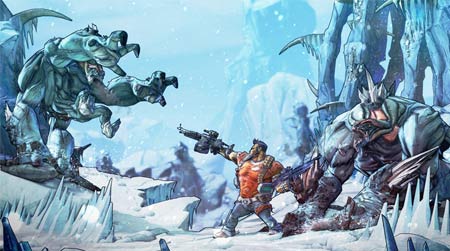 Last in our compilation is Borderlands 2, Gearbox Software’s excellent offering which is creating waves right now. Just like Left 4 Dead 2, this title too has been built from the ground up for co-op play, and can be best enjoyed when not played alone.

Its PS3 and Xbox 360 versions support two-screen, giving way for some really pleasing long hours of gaming. It is a first-person shooter with RPG mechanics, and it is this blend of genres that has taken the series to the incredibly high plinth it currently stands at.

With this we conclude our list of best split screen games. If you’re a fan of such titles, you must try out all of the games we’ve mentioned above. And mind you, they’re all excellent titles if played alone as well.

7 Best Android Budget Apps To Keep Track of Your Expenses