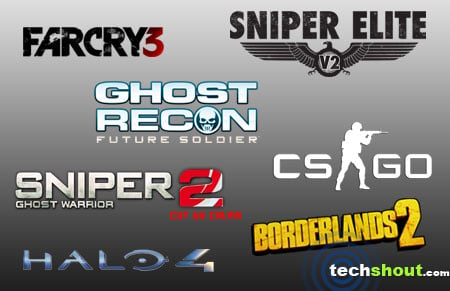 The best sniper games we’ve conjured up for this list are all worth your time if you have a particular inclination towards through-the-scope shooting. Such offerings are fun especially for those who crave for stealthy encounters that demand patience but reward with maximum pleasurable gaming experiences. All these titles contain decent amounts of sniping gameplay, and while some of them are aimed entirely at the said aspect, some feature brilliant sniping mechanics that complement their usual gunplay. We’ve had a go at all these titles, and can assure you that they are thoroughly enjoyable offerings that deserve to be played by everyone who like such offerings. So, without any more delays, let’s have a look at them. 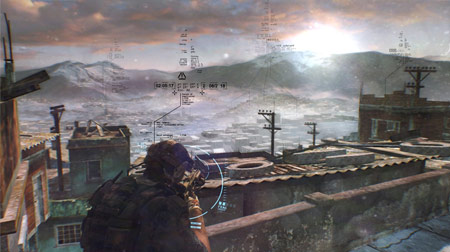 Like the rest of the wonderful series, this latest entry to it is also a third-person shooter. With a particular emphasis on tactical war-time stealth gameplay, Future Soldier delights with its ultramodern weaponry which ranges from drone markers to invisibility suits and more. Sniping can come into play almost all throughout its entire duration. Besides, it is a co-op title which can be played with three partners to fight alongside you.

The most important part however, is that the title gives you the liberty of tackling its scenarios however you wish to, and that’s where its main appeal resides. It is available for purchase now for the PS3, Xbox 360 and PC. 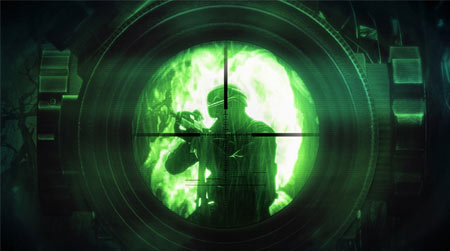 Now frankly, this title hasn’t been received quite well by gamers and critics alike. But still, this roster deserves a mention of it since it’s entirely devoted to fans of such titles. And it’s in fact a very pleasing offering for them. Acting as a sequel to its 2010 predecessor, it throws at you a number of complex sniping techniques which depend on factors such as bullet physics, distance, wind and bullet drops.

Again, the focus here is on stealth assassinations. Forgettable story and multiplayer component aside, Ghost Warrior 2 really does impress the camping junkie enough to deserve his/her time and money. Find it on store shelves for the same old PS3, Xbox 360 and PC platforms. 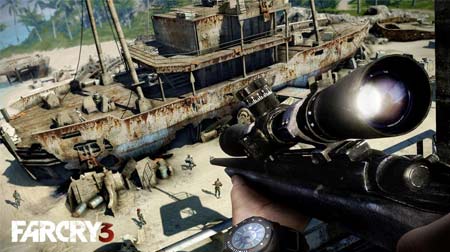 Far Cry 3 was undoubtedly one of the finest titles to have come out last year. Its open world brilliance managed to impress all, while its bold storytelling and versatile gameplay added to the fun. Although no particular emphasis has been laid by the developer on sniping, we found the title too worthy of a spot in this list not to mention it here.

That’s because going stealth gives you the ability to indulge in some insane sniping encounters, be it with the enemies or with the diverse animal life that’s scattered across its island setting. Available now for the usual three platforms, Far Cry 3 is a trip worth experiencing for every gaming enthusiast. 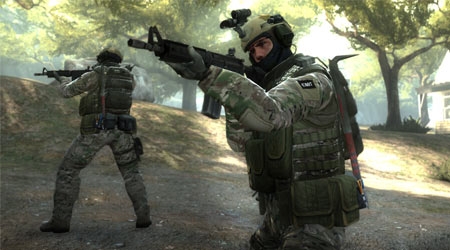 CS:GO as it is fondly called, is our next pick for a spot on this list. Sniping forms a huge part of the whole Counter Strike ecosystem that has developed over the years. The debatable one-shot kills have been a staple in most online matches played within the title.

Counter Strike: Global Offensive is the latest CS title, and despite its revamped maps and other features, it still retains the trademark weaponry and gameplay that was immortalized by the earlier titles. Although the PC version should be the right choice, it is also available for the PS3 and the Xbox 360. 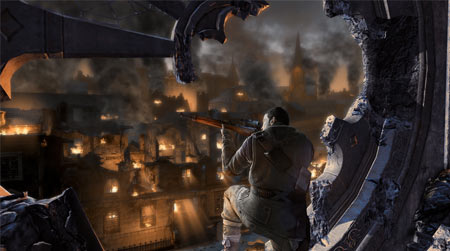 Just like Ghost Warrior 2, this title also has its entire focus dedicated to through-the-scope encounters. It is a third-person tactical shooter which allows you to get into the action from a great distance thanks to its brilliant sniping and stealth mechanics. And don’t expect modern weaponry to be at your side, for this offering has its story set during the World War II era.

It takes place during the Battle of Berlin in 1945, and has the protagonist striving to get hold of some scientists who are taking part in the German V-2 rocket program. The title’s spectacular shooting sequences and complex level designs add more intensity to the overall experience. It is a PS3, Xbox 360 and PC affair right now, but in May, it shall also be launched for Nintendo’s Wii U. 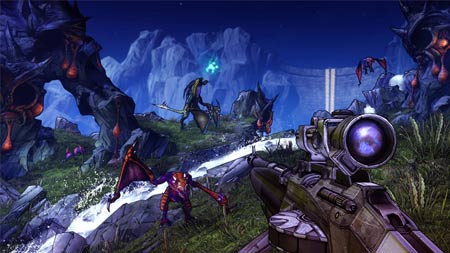 Borderlands 2 came out late last year, and managed to blow players away with its over-the-top action. A first-person shooter at its core, this offering is characterized by its allegiance to several mechanics of the RPG genre.

A number of long-ranged scoped weapons find their way into it, and are a treat to wield at its seemingly unending enemies. Borderlands 2 is an enjoyable PC and console title which can gobble up hours and hours of your time on the trot. 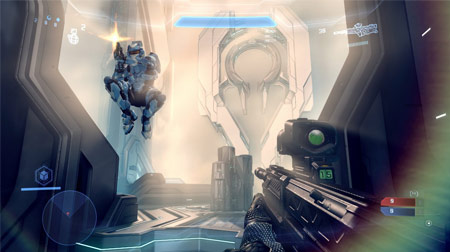 Now, this is something only Xbox 360 users can enjoy, but history has proved that the influence of Halo has been such that patrons have actually bought the Microsoft console just to get their hands on these titles.

Halo 4, the latest entry to the franchise is near-perfect first-person shooter fun, and amongst its vast array of weapons, you’ll be able to find several sniping rifles that’ll feed you desires of long-ranged fights on the battlefield. Whether it is the title’s campaign or its diverse multiplayer modes, Halo 4’s sniping mechanics never disappoint.

Conclusion: Those are the seven best sniper games of recent times that we have played and enjoyed. If you have some more that you think should have made it to this compilation, feel free to mention them in the comments section below.