8 Best Smartphones In India Under 10K

Choosing the best smartphones in India under 10K is a bit tricky, taking into consideration the number of budget devices that are released on a daily basis in the country. But we have jotted down a list of best phones that fit the bill and do not compromise on important features. This particular category may be dominated by Indian companies, but that doesn’t mean international brands are doing nothing to woo budget-conscious customers. In fact they have jumped into the market with their own set of affordable contenders and have made the task of selecting one mobile companion that much more confusing. And if you belong to the confused lot as well, you can check out the candidates below that are vying for your attention.

The Galaxy Fame is one of the Samsung phones that fall under this category and boasts of some decent features such as Android Jelly Bean 4.1, 3G and Wi-Fi support, dual cameras and a 3.5-inch HVGA touchscreen to name a few. 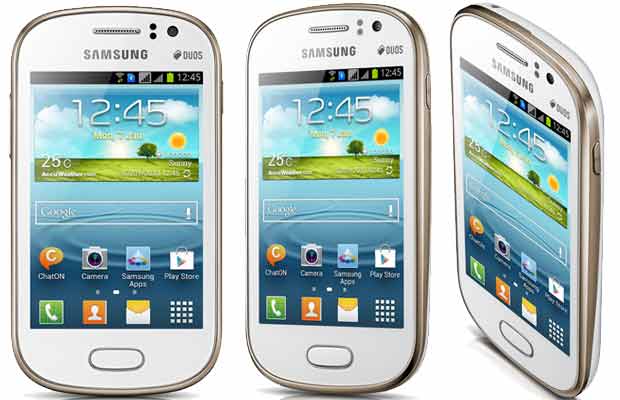 This dual SIM phone’s internal memory can be increased by up to 32GB and its 1300mAh battery coughs up the juice for talk time of around 6 hours. It will set you back by Rs 8,450.

The Xperia E from Sony comes in two different versions with either one or two SIM card slots and both of them refrain from breaking the bank. It goes without saying that the device operates with the assistance of the Android platform, but not Jelly Bean. It gorges on Ice Cream Sandwich. 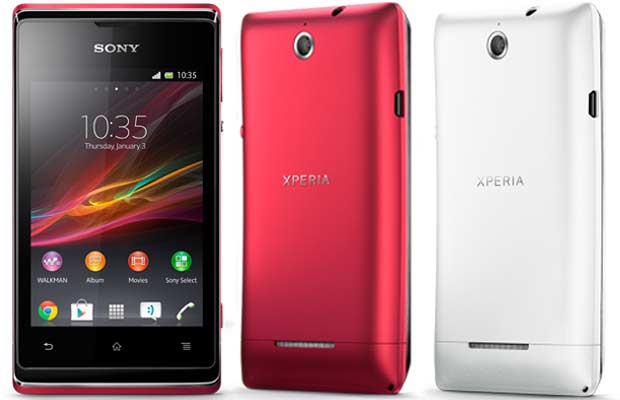 The other features include a 3.5-inch TFT touchscreen, a 1GHz Qualcomm processor, a 3.2MP camera and a 1530mAh battery. Its single SIM version is available for Rs 7,899, while the dual SIM model costs Rs 8,350.

The second generation of L series phones from LG drag along some sought-after features on a budget. One of them is the Optimus L4 II Dual that adheres to the company’s L style design philosophy and packs Jelly Bean 4.1, a 1GHz processor, 512MB of RAM, dual SIM card support and 4GB ROM within its eye-pleasing exterior. 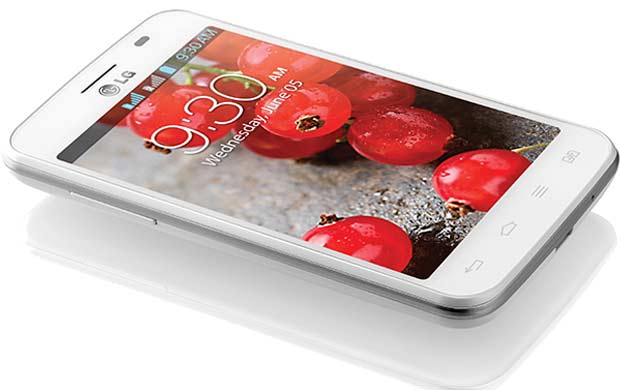 A 3.8-inch screen graces the front panel, while a 3MP camera lays claim over the back surface. LG has pegged it at Rs 9,850, but it is available through online retailers for around Rs 8,800.

Android may be ruling the roost in the budget smartphone category, but Windows Phone is also trying to penetrate the market. And to do the needful, Microsoft and Nokia have released the Lumia 520 for an affordable price. 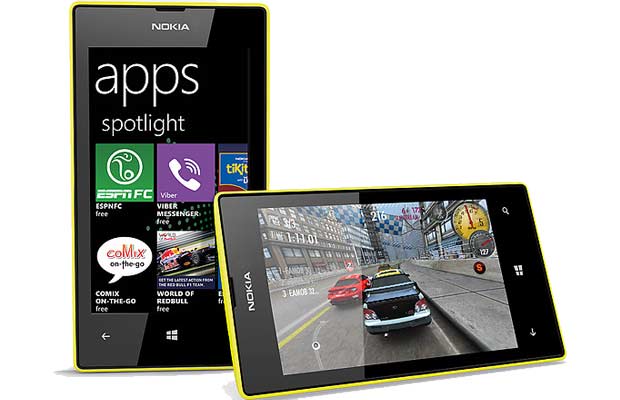 You can expect the gadget to tag along a 4-inch multi-touch screen, a 5MP rear camera, a dual core Qualcomm Snapdragon S4 processor, 512MB of RAM and a 1430mAh battery amongst other things. It costs Rs 10,099, but interested customers can lay their hands on it by paying up an amount of Rs 9,900 through e-retailers.

The Panasonic T11 has just arrived in the country and considering that it crams a quad core processor under the hood, it should be capable of delivering the kind of performance that you seek. 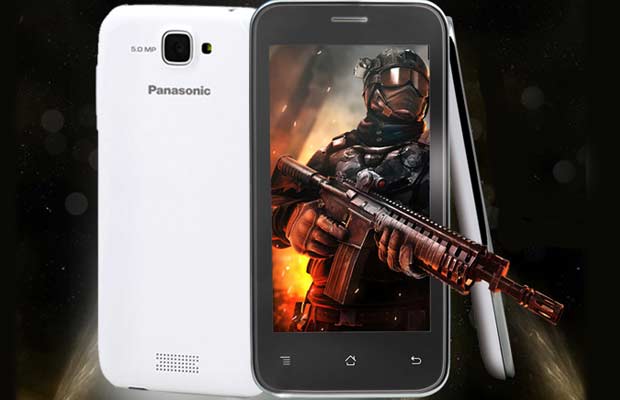 Apart from a 1.2GHz chipset, the phone’s specification list features the Jelly Bean 4.1 OS, a 4-inch IPS touchscreen, a 5MP rear camera, a VGA webcam, 1GB of RAM and a 1500mAh battery. And it can be yours if you are willing to pay Rs 9,520 for it.

Micromax has a huge list of products that fall in this category and one of the decently spec’d latest entrants is the Canvas Fun A76. It gives users a taste of Jelly Bean 4.2 and gains steam from a 1.2GHz MTK 6572 processor. 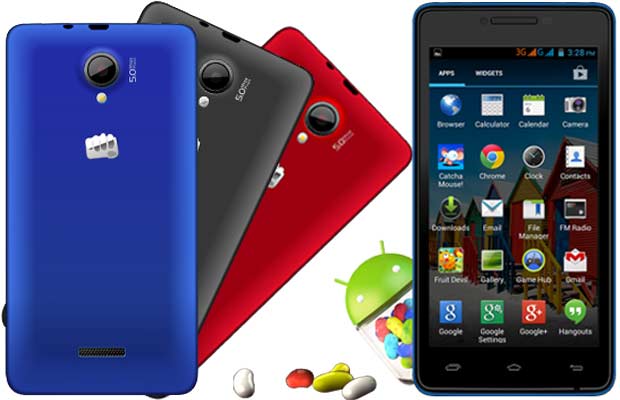 The device is graced by a 5-inch touchscreen as well as a 5MP camera and the responsibility of keeping it charged for talk time of about 7 hours has been assigned to a 2000mAh battery. You can purchase it for a price of around Rs 8,300.

Karbonn Mobiles has many takers in the country and that’s one reason why we have added a contender from the company in our lineup. The Titanium S5 is a dual SIM Jelly Bean phone that boasts of a 1.2GHz quad core Qualcomm Snapdragon processor and 1GB of RAM. 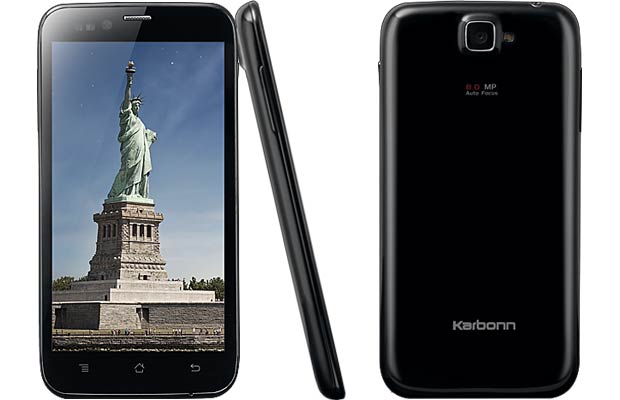 It provides a multi-touch real estate of 5 inches and an 8MP camera as well as a 2MP webcam have also been tossed into the mix. This dual SIM smartphone is up for grabs through shopping portals for a price of close to Rs 8,400.

Yet another dual SIM Android Jelly Bean phone that has managed to get a spot on our compilation is the Iris 505 by Lava. The device is the proud owner of a 5-inch touchscreen and brings dual cameras – a 5MP snapper and a VGA lens. 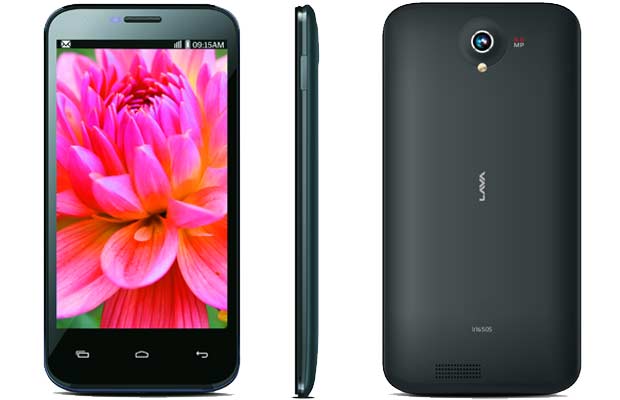 A 2000mAh lithium-polymer battery keeps it powered up for 3G talk time of close to 4.5 hours and 512MB of RAM assists the integrated dual core processor. It is available through select retailers for a price of around Rs 8,400.

These were just some of the many other devices which deserve a mention in our roundup of the best smartphones in India under 10K. You will find phones from companies like iBall, Xolo, Celkon, Spice as well as international brands like HTC and Huawei that are worth considering. So which one would you go for? Or do you already have one of the handsets we have listed here? Do get back to us with your views and opinions regarding them. Also, if your budget is a little over 10K, you can check out these phones or if tablets have managed to catch your fantasy, click right here.