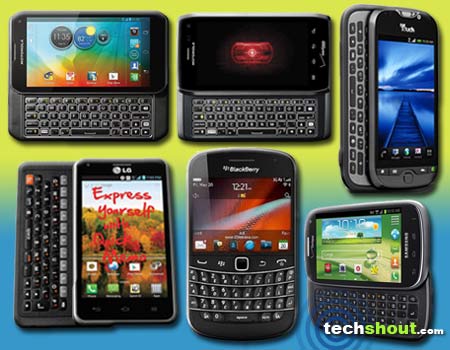 The best smartphone with keyboard lets you type out messages with ease. If you’re fed up of constantly punching in typos via your touchscreen keypad each time you send a quick WhatsApp chat or an SMS message, then this is the place to be. You’ll definitely be more comfortable hitting those alphabets, special characters and numbers through a physical QWERTY keypad. With most of the mobiles flaunting complete touchscreens, there are still a few gems out there that come dressed in a slim QWERTY layout. Here is the acme lot from among that array. Take a peek. 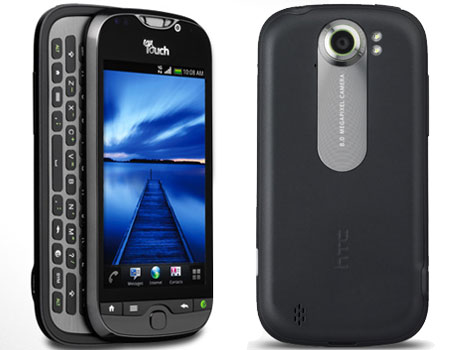 One glance at this sleek piece and you’ll think it’s just another touchscreen gem. However, on closer inspection, you’ll see that it actually conceals a full slide-out QWERTY keypad, just as the name suggests. It further comes packed with something that’s called myTouch Genius Button by Nuance. All you have to do is hit the option and speak out your query which could be anything from getting directions to texting a friend. 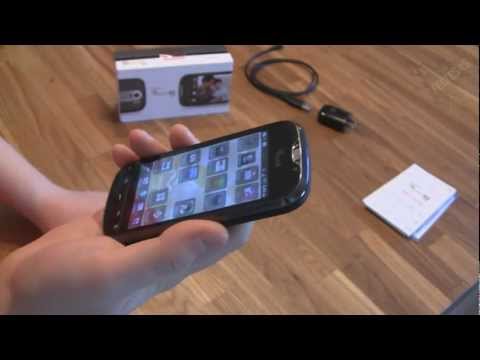 The handset even sports a 3.7-inch touchscreen as well as an 8MP camera with dual LED flash on the back panel and a front-facing VGA snapper. The device runs on a 1.2GHz Qualcomm 8260 dual core Snapdragon processor and features Android 2.3 with HTC Sense as well as 4GB internal storage. Weighing just 6.50 ounces, the physical dimensions read as 4.8 x 2.6 x 0.54 inches. 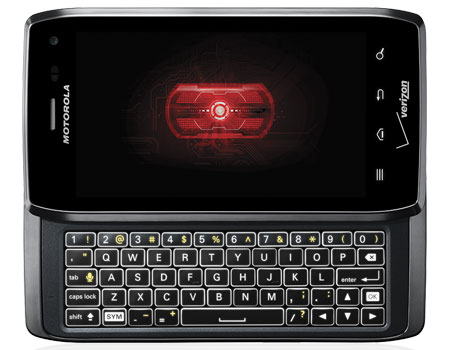 Do it the droid way with this particular entrant in our smartphone with keyboard roster. The handset in question offers you a PC-like typing experience as it houses an LED edge-lit QWERTY keypad. This makes composing messages even in the dark a complete breeze. And similar to our earlier portable gadget, this one too flaunts an 8MP rear-facing camera. 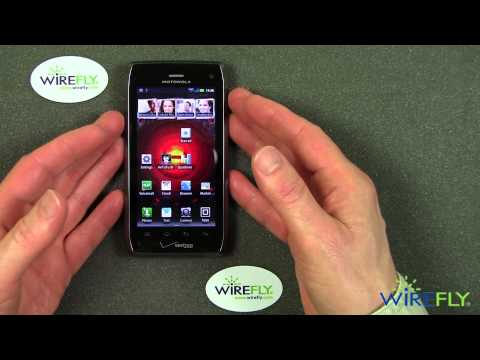 On the front side of the device, you’ll be able to espy a 1.3MP snapper and a 4-inch TFT LCD display touchscreen. Fitted with a dual core processor, the handset also features 16GB internal storage space which can be expanded up to 32GB via a microSD card. 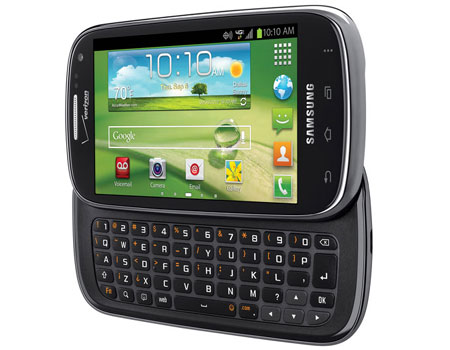 And while the internal memory of this gem is 8GB, you can expand that capacity by inserting a microSD card of up to 32GB. Tipping the scales at just 5.43 ounces, the handset measures 4.97 x 2.58 x 0.53 inches, as revealed by the company. Some of its other features include S Voice for voice commands, Help Hub, Face Unlock and S Beam for sharing videos, photos and contacts with friends and family members, wirelessly. 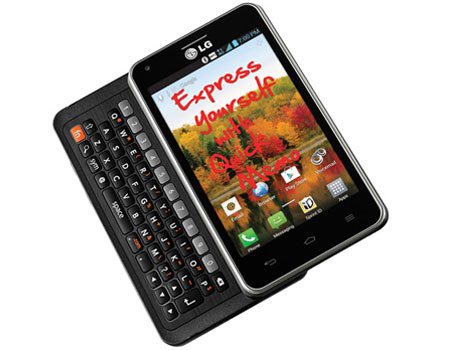 The next inclusion in our smartphone with keyboard lineup leaps right out of LG’s hat. This 4G LTE device accommodates a slide-out QWERTY keypad for those who prefer this particular layout over the onscreen messaging input system.

Powered by a 1.2GHz dual core processor, it further features attributes such as 1GB of RAM, Android 4.0, 4-inch IPS display, 5MP auto-focus camera and VGA front-facing snapper. The handset boasts of 8GB internal memory space which is expandable up to 32GB. 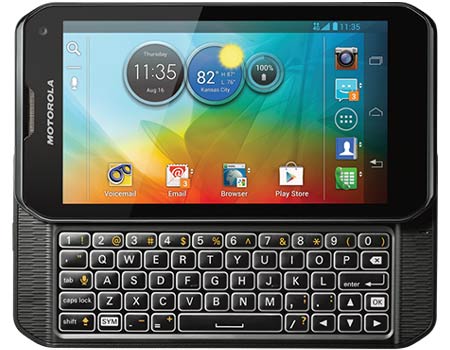 Here’s another Motorola model that sports the much-loved QWERTY keypad layout. Accompanying the 4.3-inch ColorBoost display is a slide-out laser-cut PC-like keypad that’s endowed with LED edge lighting for typing in dull or dark areas. And like a few of the other options listed out here, this one too provides 4G LTE goodness to its owners.

When you pick up this handset, you can expect to acquire a helping of Ice Cream Sandwich as well as a 1.5GHz dual core processor, 1GB RAM and 8GB storage space that’s expandable up to 32GB. Coming to its snapping capabilities, the portable device accommodates an 8MP lens and 1.3MP camera on the rear and front panels, respectively. 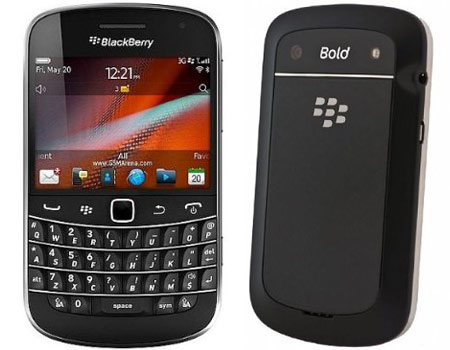 How can any smartphone with keyboard roundup be complete without the mention of a BlackBerry gem? And this time around, we’ve roped in the Bold 9900 which delivers a plethora of features that will cater to both business as well as casual tech-savvy users. While the handset sports a wide 35-key back-lit QWERTY keypad, it also features a 2.8-inch Liquid Graphics touchscreen. It even includes a 1.2GHz processor, 768MB RAM and 8GB memory space which is expandable up to 32GB. You’ll also be able to capture all those precious moments via the device’s 5MP rear camera that comes with 4x digital zoom and more.

Glance through our best smartphones with keyboard and you’ll surely find one that’s just your type. All of the aforementioned delights are fairly fresh pieces that hit the market not too long ago. They are up for grabs either online through the manufacturers or carriers, or via retail stores. So what are you waiting for? Get even with auto-correct and type out messages with confidence. Do let us know which one caught your eye by leaving your comments in the box below. Didn’t see your favorite model along with the rest? Well, don’t hesitate to suggest the same in the space allotted right here.