Get ready to nose-slide into the best skateboard games which offer you familiar fun on a virtual ramp. Step into the shoes of various pro skateboarders and shred through different venues performing all sorts of tricks. Try your hand at dangerous stunts like an ollie, kickflip, nosegrind, tailgrab, railslide and switch stance. What’s more, you’ll be able to execute all these moves without even worrying about breaking any bones or splattering blood all over the sidewalk. What may be tough for you to do in real life can be successfully executed in-game, with a little finger practice, of course. 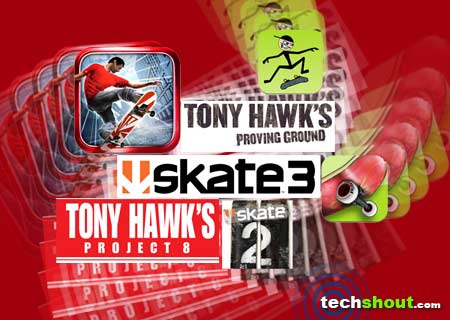 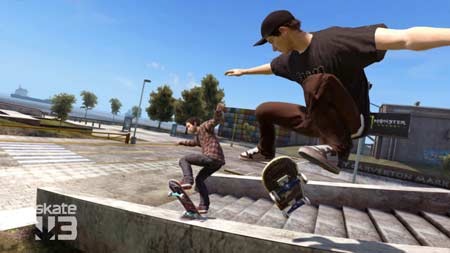 Skate 3 is looked upon as the third and final installment in the acclaimed Skate series that’s developed by EA Black Box and published by Electronic Arts. It hit the Xbox 360 and PS3 terrain just a couple of years back and transported players to the fictional city of Port Carverton, a place that promotes skateboarding. Here, you can form your ultimate skate team, indulge in new challenges and even compete in battles against rival teams.

The all-new Skate.School has Coach Frank acting as the mentor as he teaches novices the various intricacies of the game and how to hone their skills on the sticks. Creative minds can further fashion their dream mega-ramp park or plaza by employing the new Skate.Park editor. 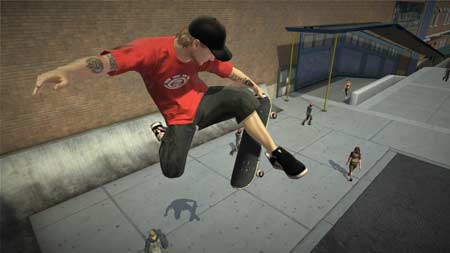 The Tony Hawk series has brought forth a truck load of games, each with their own individual unique features. In fact, we’ve also included a couple of them in our lineup. Tony Hawk’s Project 8 aka THP8 comes complete with a new gameplay engine, detailed character animations, a bail mode, a new physics system and even the ability to place rails and ramps across the city.

When pitted against earlier games in the series, this one boasts of incorporating more side-missions, goals, mini-games and secret areas. You must gain the respect of the citizens by impressing them with your tricks and stunts. 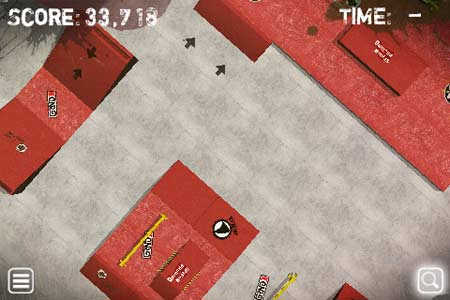 Thinking about heelflips and shuvits while at an office meeting or college lecture? Well, you can satisfy this craving by simply pulling out your iDevice and hitting the Touchgrind icon. According to the maker, it takes just 10 minutes to understand but weeks to master. True physics simulation and innovative finger controls enable you to perform stunning tricks like crooks, boardslides, kickflips, impossible, ollies, smithgrinds, 50-50 and tailslides.

There are a dozen unlockable boards complete with different abilities as well as various game modes such as Jam Session, Warm Up and Competition. The addition of 3D graphics, tutorial videos and realistic sounds make this title a great boredom killer in the boardroom. 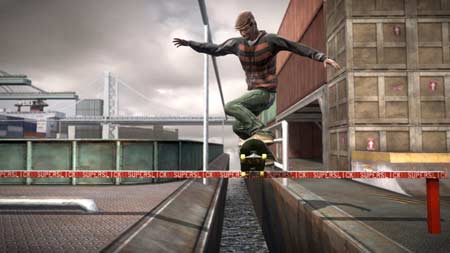 As we revealed earlier, here’s another Tony Hawk that’s all set to grace our array. Published by Activision, Proving Ground hit the scene after Project 8 and included a few new features of its own such as Nail the Grab and Nail the Manual. Gamers can chalk out their own stories and characters based on the paths they skate and the style opted by them.

Similar to other Tony Hawk titles, this one is also packed to the hilt with booming soundtracks that feature artists like Nirvana, Foo Fighters, the Rolling Stones and Bloc Party. Proving Ground unleashed across various platforms like the PS3, PS2, Nintendo DS, Xbox 360 and Wii back in 2007. 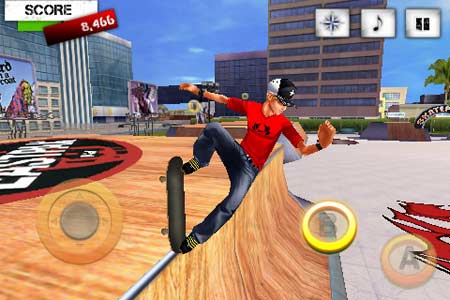 From the house of Gameloft comes a gem that allows skateboard enthusiasts wielding an iPod touch, iPhone or iPad to speed through 10 different environments without having to leave the comfort of their seat. Shred through residential areas, beaches and skate parks in Skater Nation. You can even choose from 8 skateboarders and fashion your own ride via the in-game Skate Shop.

Exploit pipes, ramps and posts strewn across the place and execute a plethora of tricks like nose grabs, 360 flips and ollies. What’s more, you can also show off your skateboarding skills to fellow fans of the extreme sport by uploading your favorite replays to YouTube. 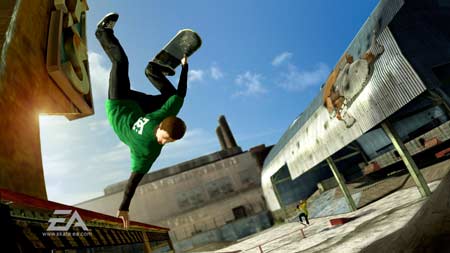 Sliding next into our roster is Skate 2. The game released more than 3 years ago and hit the PS3 and Xbox 360 systems. The events in this installment take place half a decade after the original Skate title. While Skate 3 transported players to Port Carverton, its predecessor enabled gamers to skate around New San Vanelona, a place that’s just recovering from a mysterious disaster.

In this title, you’ll be able to opt for wheel, board and shoe sponsorships from different renowned brands. There’s also a foot-tapping soundtrack to avail of while you go vert skating and perform handplants around the city. 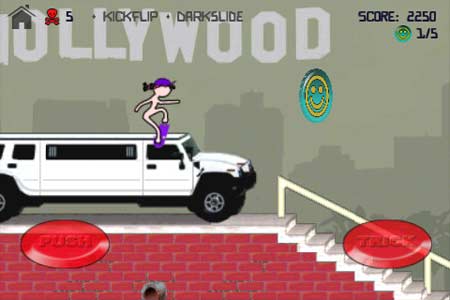 Strap into the helmet and elbow pads of a little stickman skater as you try to make a name for yourself by executing the best tricks and most stunning stunts. Crafted for iOS- and Android-powered devices, Stickman Skater comprises of 6 different in-game skaters as well as 2 control modes namely, beginner and advanced.

In this title, you’re blessed with the ability to perform more than 1,000 various trick combinations. You can even skateboard your way through well known locations like Love Park, Hollywood, Wilshire, Dogtown, Carlsbad and Tampa. Other attributes include 3 achievements per stage, a level select mode and GameCenter leaderboards.

At the park, physical skill is required to perfectly land tricks whereas on the virtual platform, you can perform the same stunts with panache by employing just a few flicks of the wrist. Furthermore, this list isn’t limited to just gaming consoles. There are also a few treats for fans of the sport who like to zip around the arena via their portable gadgets. Do let us know what you think about our best skateboard games and maybe even mention a few of your favorites if we’ve left them out.