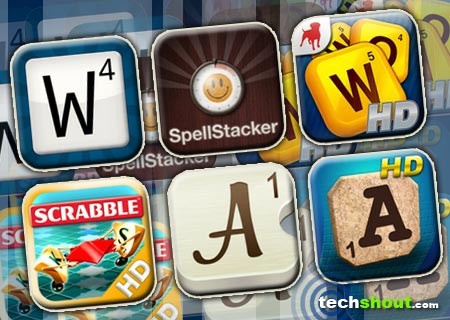 Having the best Scrabble apps for iPad is like being served with alphabet soup for the mind. The slate provides a great platform for games scattered across this genre. For one, it boasts of incorporating a large 9.7 inches touchscreen, which when placed on the floor or table, proves to be a perfect replacement for the actual Scrabble board. Instead of worrying about the tiles going astray on the physically plain, you can be sure that their app counterparts will stay firmly intact on the virtual terrain. So if you own an iPad and are looking for some mental action, read on to know more about the acme choices that are up for grabs. 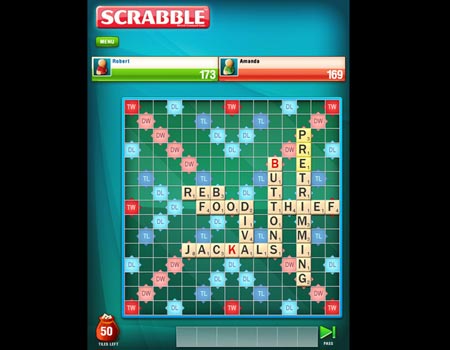 Electronic Arts have taken it on themselves to recreate the classic family-oriented board game for various devices. They have adapted the Scrabble game for the iPad and infused it with new HD-quality graphics as well as other exclusive features. In addition to stunning visuals, it also incorporates entertaining animations and sound effects to further get you into the gameplay mood.

You can either dive in solo or challenge others via Pass N’ Play and Local Network Play game modes. Perfect for a family gathering or house party, up to 4 players can soak up the fun by flicking the games directly to the iPad from their iPhone or iPod touch after downloading the free Scrabble Tile Rack app. Complete with intuitive portrait and landscape modes, the application also offers an updated dictionary which certainly comes in quite handy. And as the developers reveal, ‘Scrabble spells more F-U-N for everyone,’ so what are you waiting for? 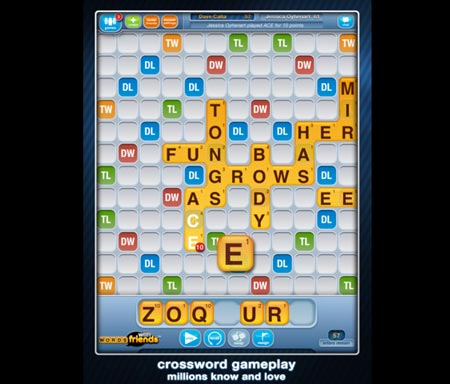 The next inclusion in our Scrabble apps for iPad roster is Words With Friends HD, which is specially optimized for the Apple tab screen. And if you think you’d have to run through an extensive rule book before hitting the virtual board, we suggest you perceive otherwise. Simple and familiar gameplay elements are what you can expect to be bombarded with in Words With Friends HD. 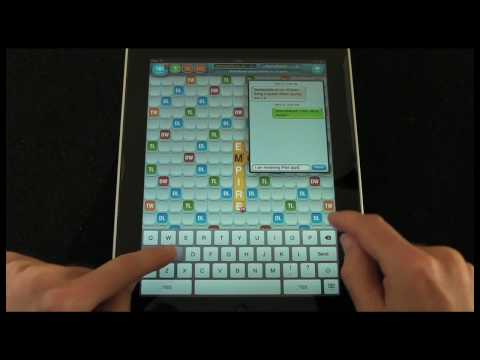 No special or out of the ordinary rules to adhere to here. Packed with a turn-based design, you can play up to 20 games simultaneously either with your friends or random opponents. In-game chat messaging is also enabled for sending across messages, irrespective of whether they’re encouraging or taunting sort. You can even hop onto Facebook to see who else loves letters and is a whiz at words. 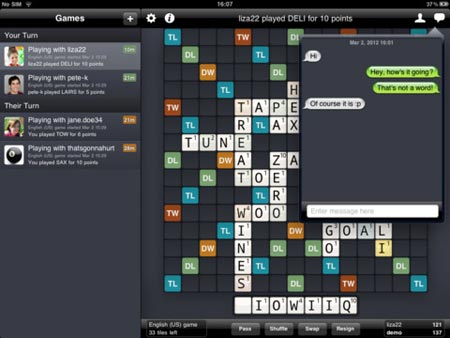 Unlike the former pair, the Wordfeud app can be procured directly onto your Apple slab without shelling out a single penny. While Words With Friends HD allowed you to play up to 20 games at one go, this particular entrant offers you 10 more opportunities to engage in gameplay with friends or random opponents. The aim of Wordfeud is quite simple. All you have to do is put on your thinking cap and form words across the 15 x 15 tile board which is littered with Double Letter, Triple Letter, Double Word and Triple Word tiles. And if you get tired of the same special tile positions, you can yell, ‘surprise me’ and always opt for the random board option which mixes up the lot. You can also get into deep or light conversations with your opponents. 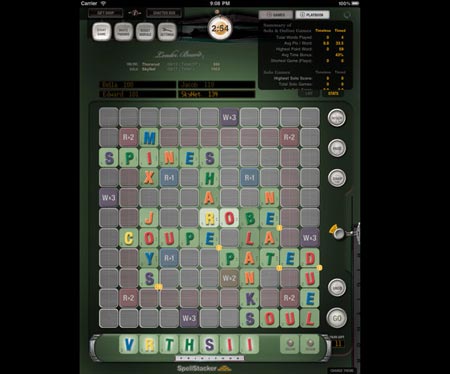 Another noteworthy contender in our Scrabble apps for iPad lineup is SpellStacker. This game would prove to be worth your every dime especially if you think you’re a word game pro. It includes a plethora of attributes such as the timer mode, solitaire mode, and person-to-person mode. You can tap the competitive persona in you by pitting yourself against the established leaderboard scores. However, you’ll have to resort to special tactics in order to challenge the existing champions. There is also an integrated dictionary as well as complete play histories, 4-player online modes, drop-down tips, user stats, a 3D board and even a built-in morale booster embedded within the game. 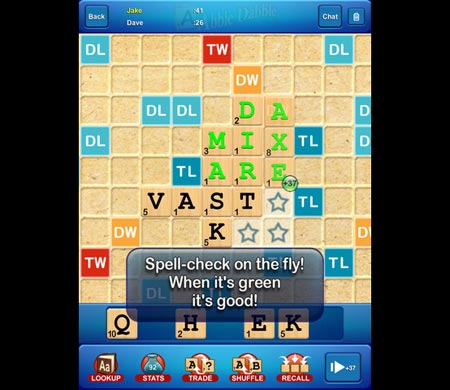 For just under a dollar, you can get your hands on the Abble Dabble HD app which is claimed to be something like ‘yoga for the mind,’ by the creator. It forays onto the scene complete with loads of fun features that include Moving Bonus Tiles as well as Random Bonus Tile and Sandbox modes, among others. All good words that sprout from your brain onto the board get drenched in a green hue. You are allowed to play up to 25 games simultaneously and with up to 4 players against pals or random opponents. 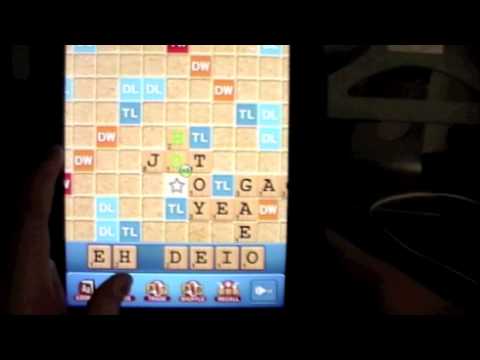 Do you despise being stuck with a rack full of tiles that have either all consonants or vowels etched on them? Well, with the balanced tray option, you will be able to get a mixed bag of letters so that you can make intelligent words and rake up the points. When you’re left with just a few tiles to form 2-letter words, you can rely on the Lookup feature and even the spell checker to get you out of tight spots. 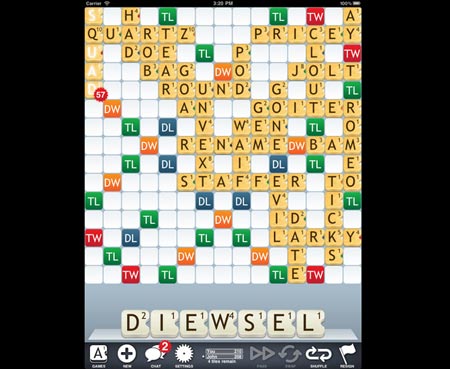 No, the Angry Words game doesn’t involve you hurling letters or tiles at your opponents. Also known as Apalabrados, this multi-user word game portrays an intuitive interface and allows you to rope in all your pals for indulging in a word frenzy. Unlike a few other games featured in our Scrabble apps for iPad array, this particular application is offered absolutely free of cost. The embedded game animations also allow you to see all the recent moves made by your opponent. Furthermore, it supports various languages such as Spanish, French, German, English, and Italian to cater to ardent fans on a global scale.

After scanning through our best Scrabble apps for iPad, which ones happened to catch your fancy? And if you have a few of your own favorites, why not give them a mention in the comment box below?