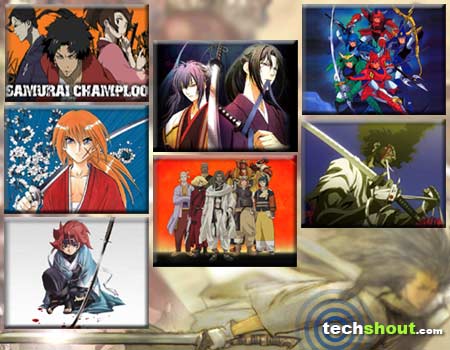 Our list of the best samurai animes is formulated for those of you who are looking for a slice of action, the warrior way. There are many titles out there that employ this interesting theme. But since we are scouting the terrain for the top players, we’ve roped in only the acme contenders that fit the bill. Now although each of them might share a common base theme, they all shine bright with their own individual sparks. While some are set against a futuristic backdrop, others have stayed true to the essence of this genre and kept its original setting intact. 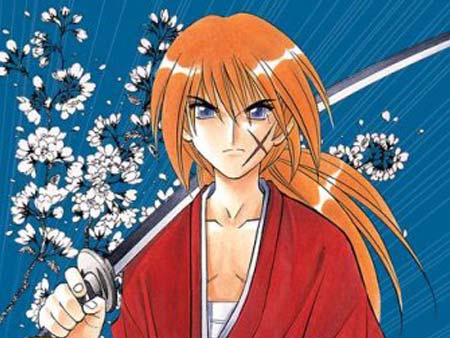 Those of you who consider yourselves to be an Otaku will surely need no introduction to our first inclusion. The events that play out here are set in the early Meiji period in Japan. It follows the escapades of the fictional assassin named Himura Kenshin as he journeys from one town to the other looking for bad guys and a heap of trouble. 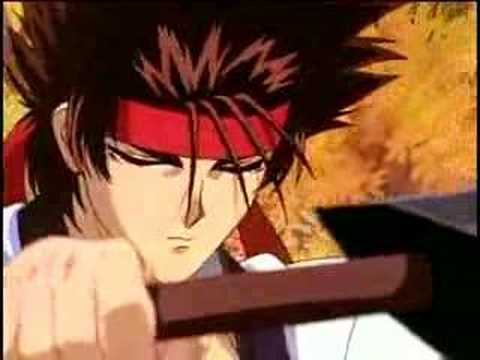 As the story goes, he was once the assassin called Hitokiri Battosai who fought in the Bakumatsu war. Putting his dark past aside, he now teams up with other brave individuals like Kamiya Kaoru, Takani Megumi, Sagara Sanosuke and Myojin Yahiko in order to dispense justice to any lowdown foes who threaten the weak. 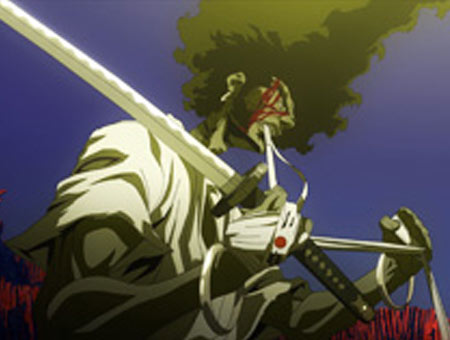 Set in a futuristic yet feudal Japan, this entrant in our roster treads on the dark path of swordsmanship. In this series, black anime character Afro, goes through immense pain and struggle as he prepares for his ultimate goal – to exact revenge on a man known only as Justice. 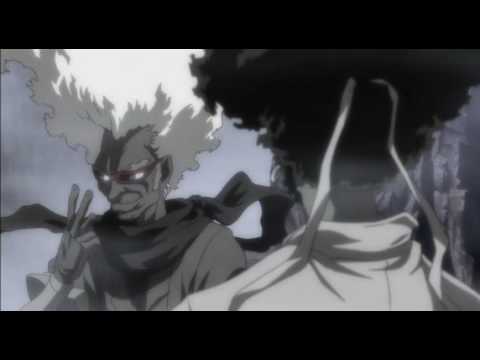 He’s the same individual who took the life of Afro’s father so that he could attain the number one position. Watch as the fearless warrior puts all emotions aside and evades bullets and blades while leaving a path of blood in his wake. 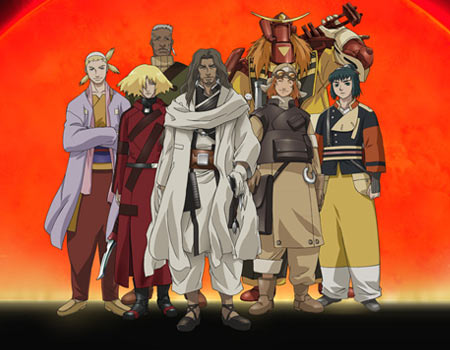 Coming to the aid of the weak and helpless seems to be what brave warriors are meant to do, and the events that take place here are no different. The various surrounding villages are being plagued by ruthless Nobuseri bandits who have fused with machines to become dangerous weapons. These rural inhabitants are now on the lookout for fearless folk who would take up the task of defending them against this menace. 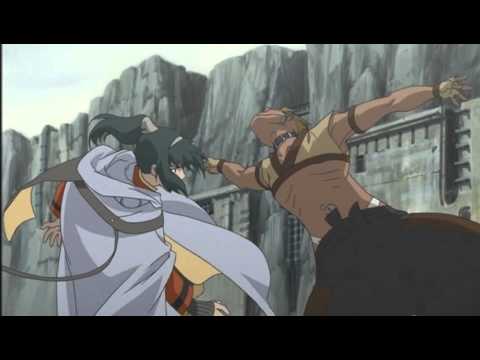 A young priestess called Kirara manages to find a few individuals who exuberate great valor and skill. Now the question is – will they be able to form a group and fight off these machine maniacs? And in case you’re wondering, this one too is set against a futuristic backdrop, a place where science fiction meets swordplay. 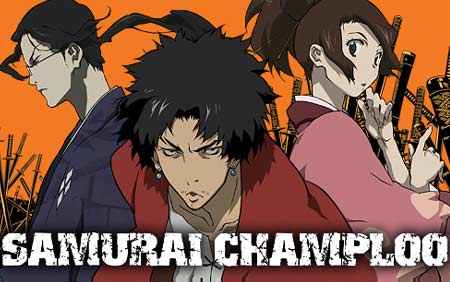 This exciting gem in our array sees a trio embarking on a journey to find a mysterious warrior who smells of sunflowers. The 3 members of this small gang include the likes of Mugen, Jin and Fuu. And while the former employs a unique Bboying style of combat, Jin prefers to use a more traditional style approach. 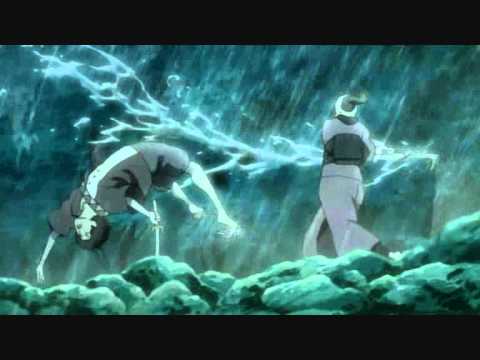 The latter is noted to be a waitress who has quite a few tricks up her sleeve. Together they travel across the land, learning about friendship, love and courage all along the way. 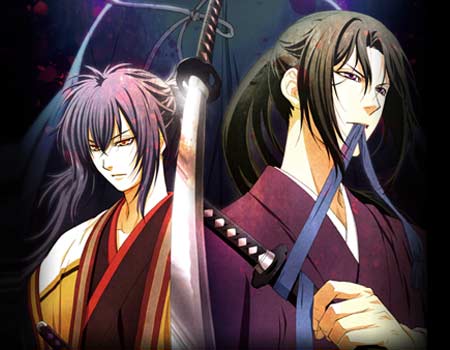 This particular delight is based on a video game series by Idea Factory. The storyline follows a young woman known as Chizuru Yukimura who makes her way to Kyoto disguised as a boy in an endeavor to find her missing father. There she encounters the Shinsengumi who are also looking for him. 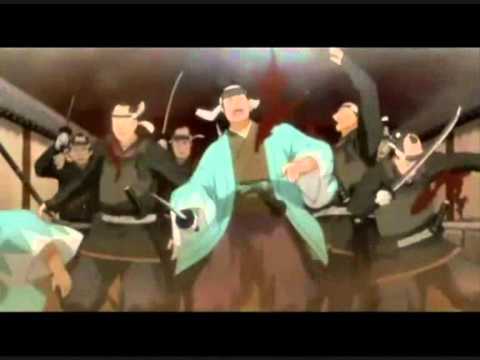 After she reveals her true intentions, they decide to let her stay with them and even tag along on an adventure that entails searching for the lost doctor. Watch as the action and drama unfurl across your TV or PC screen via this series. 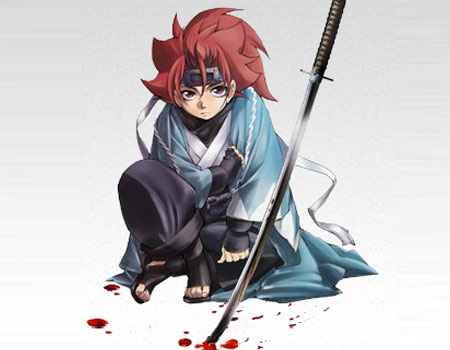 We’ve roped in another series that involves revenge on the bad guys. This option in our roundup tells the story of Tetsunosuke Ichimura who witnesses his parents’ demise at the hands of a Choushuu assassin when he was just a young lad. His childhood innocence is now replaced by a thirst for revenge on the evil-doers. 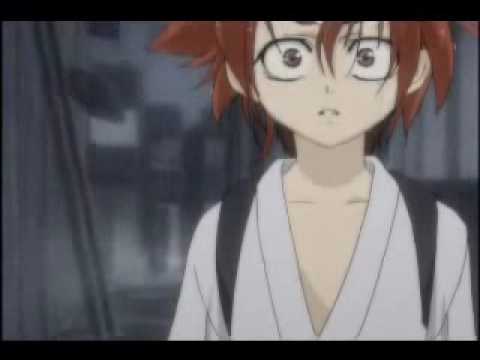 In order to fulfill this wish, he looks to join an elite clan of swordsmen who are tasked with protecting the capital and are currently battling the same group that’s responsible for his parents’ death. But in order to succeed in such as organization, he would have to turn into a bloodthirsty killer and forgo his humanity. 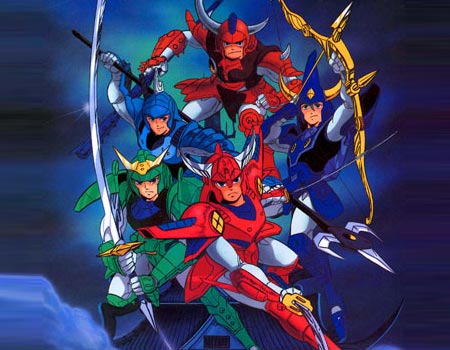 Our final choice is an action series with a twist. A long time ago, the world was threatened by the evil Arago. However, he was defeated by a brave holy warrior who sent him back to the murky depths of hell and scattered the pieces of his indestructible armor. Centuries after the incident, the malevolent warlord and his minions are out for revenge and it’s up to a band of 5 friends to stop them before they bring the Earth to their knees. These pals are aided in this endeavor by magical suits of armor that give them fantastic abilities and weapons.

The theme featured here today has captured the fancy of people for centuries now. It’s even been the base subject for poems, art, movies and now this particular visually-gratifying art form. These ancient soldiers are always surrounded by a shroud of mysticism which makes them all the more alluring.

So come and experience the many forms of this brave clan that are portrayed across the best samurai animes strewn across here. Do give them all a try and return with mentions of your favorite ones. You can leave your comments in the box just below.