We’re taking a look at the best Samsung phones in India which range from the high-end to the entry-level segment and also cater to different price points. The South Korean conglomerate is currently one of the most sought after OEMs in the country and it has an large portfolio of devices.

The South Korean conglomerate is known for filling its devices with exclusive features, not only high-end, but mid-range and entry-level handsets too. So, you can basically expect a rich experience as there’s no shortage of software attributes on every device. Head on below for brief descriptions on each addition along with key specifications. 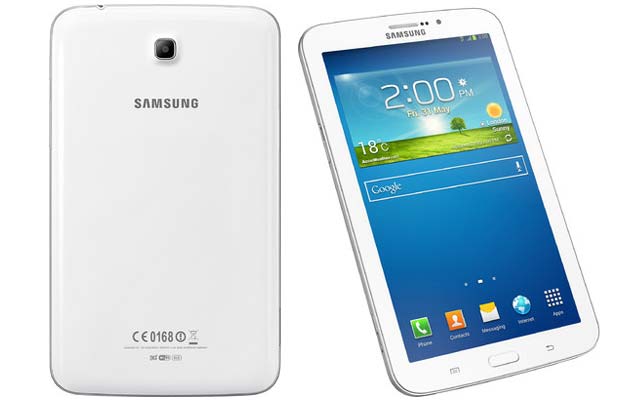 Yes, we know that the Tab 3 7.0 is a tablet and not a smartphone. However, we’re willing to take this one as an exception considering that the T211 model delivers voice calling over cellular networks and a lot of features at a reasonable price. The main highlights here are a large 7-inch display, 1GB of RAM, a 1.2GHz dual core processor, 8GB of internal storage with 32GB expansion, and a 4000mAh battery.

The slate operates on Android 4.1 Jelly Bean and it delivers various enhancements via the company’s TouchWiz UI. You’ll also receive a 3MP rear camera that can record videos in 1080p FHD at 30fps. 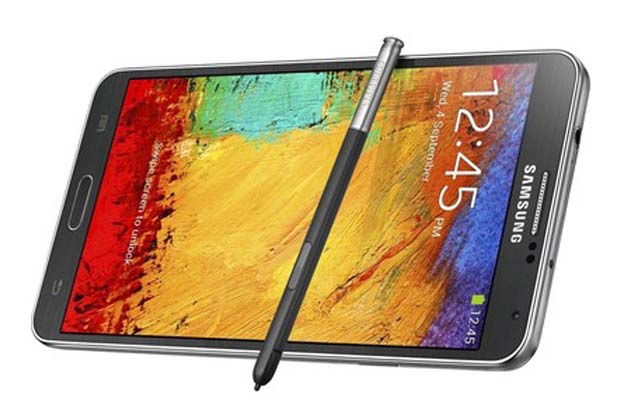 If it’s nothing but the finest that you seek from the conglomerate, then the Note 3 is what you should take a look at. A large 5.7-inch AMOLED display sits on the front delivering visuals in 1080p FHD, while the rear plays host to a 13MP camera that can record videos in 4K resolution.

You’ll also be treated to Android 4.3 Jelly Bean out of the box, an Exynos 5 Octa processor, 3GB of RAM and a 3200mAh battery, all fitted within dimensions of 151.2mm x 79.2mm x 8.3mm. The S Pen stylus has been improved and it’s coupled with various useful features that aim to make daily tasks easier. 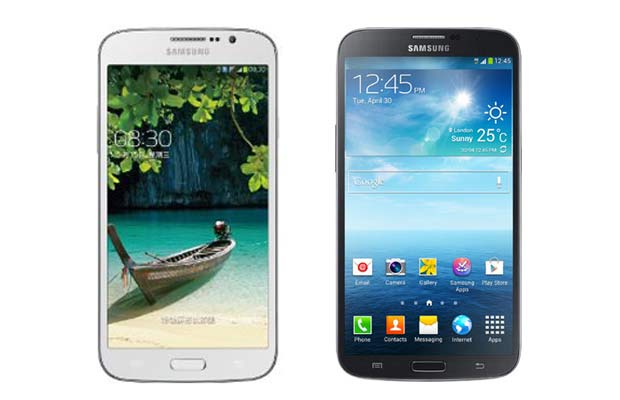 Big in size and easy on the pocket – The Mega series consists of the largest phones ever made by the company, a 5.8-inch handset and a 6.3-inch phablet. Both devices are viable and cost-effective alternatives to the Note series. The former has qHD touchscreen, 8GB of storage, a 2600mAh battery and dual SIM slots, while the latter proffers HD visuals along with 16GB of memory and a large 3200mAh battery.

Both devices are powered by a dual core processor and have 1.5GB of RAM. They also sport a front camera and an 8MP rear snapper. Where software is concerned, you’ll have Android 4.2 onboard along with the Mega UX that tags along multi-window support, tablet view and various camera modes. 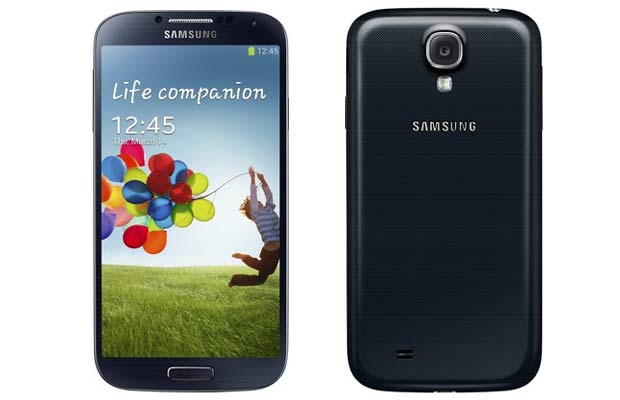 The S4 is the flagship for the company’s 2013 lineup and it’s the most powerful device after the Note 3. The phone is just 7.9mm thick and it features a 5-inch 1080p AMOLED touchscreen. You’ll be able to snap up 1080p videos with the rear 13MP camera and access the most demanding apps as well as games owing to the inclusion of the Exynos 5 Octa CPU and 2GB of RAM.

Apart from these, there’s 16GB of storage, a 2600mAh battery and a 2MP front camera. Android 4.2 is onboard and you can expect a plethora of attributes with TouchWiz. They include Smart Pause, Air Gesture, Air View, Knox, Dual Shot, Dual Recording as well as Sound and Shot. 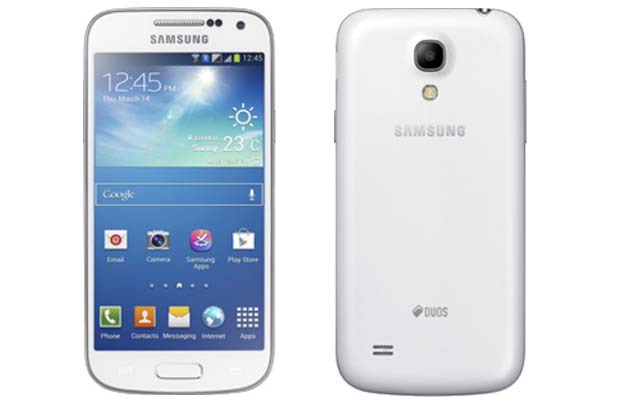 If there’s one thing we love about Samsung is that it aims to deliver rich experiences across different price ranges. The S4 mini is as the name suggests is a compact version of the current flagship. It flaunts the same design and features as the larger model, but the hardware components have been modified to match the lower retail tag.

The handset dons a 4.27-inch qHD AMOLED touchscreen with a 1.7GHz dual core processor at its heart. There’s an 8MP rear camera for capturing images and video, while memory needs are taken care of by 8GB of storage and 1.5GB of RAM. Accompanying Android 4.2 are Group Play, S Health, S Travel, S Voice and much more. 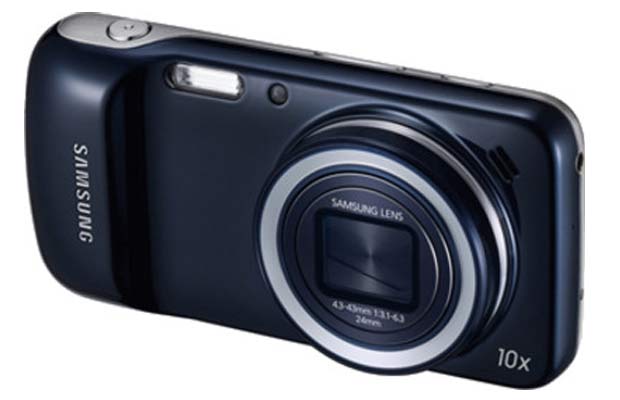 The S4 Zoom is basically the mini clubbed together with a large image sensor and aimed towards photography enthusiasts. You’ll have a full Android experience through the 4.3-inch qHD display on the rear and a dual core 1.5GHz processor is present for running demanding apps and games.

This device is on the bulky side (15.4mm) owning to the 16MP CMOS sensor it has on the front which is complemented by various effects and filters for making images look even livelier. You’ll also have 10x optical zoom and a xenon flash for snapping up pictures in the dark. 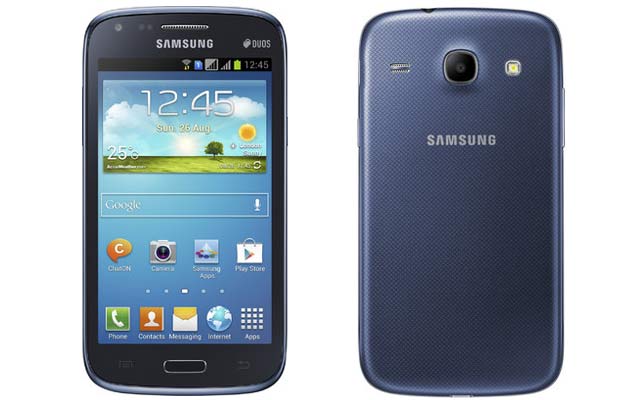 So far, we’ve given you the finest smartphones Samsung has in the mid-range and high-end segments, but we haven’t forgotten about the entry-level. The Core is a 4.3-inch handset that doesn’t go heavy on the wallet, while also delivering a host of features.

It comes with a WVGA touchscreen and a 0.3MP camera on the front. And on the rear, there’s a 5MP snapper with LED flash. Other specifications of the handset include a 1.2GHz dual core processor, 1GB of RAM, 8GB of storage and Android 4.1 with TouchWiz, Smart Stay as well as Smart Alert.

You’ve seen the best Samsung phones in India and now, we’d like to know which of the aforementioned devices have caught your attention the most. Also, do you plan on buying any handset from the conglomerate? You can leave your responses in the comments section below.