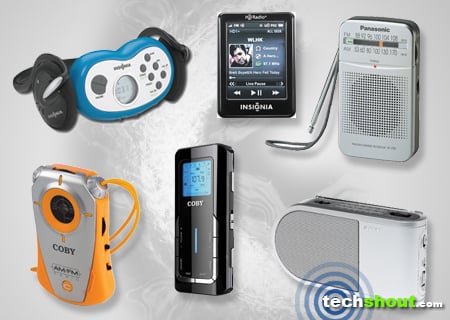 We agree that the best portable radios are not as much in vogue these days as they were a few years ago. But that hasn’t exactly affected their demand among a fairly large group of users. These subdued, handy devices might not possess looks as smart as some others we see around, but they come into play when new gadgets tend to give up. Plus, they demand the least attention and care; so you don’t have to worry about their smooth functioning all the time. Be it honest need or sheer nostalgia, you ought to take a look at this compilation which gives you a glimpse of what present-day portable radio options have to offer. 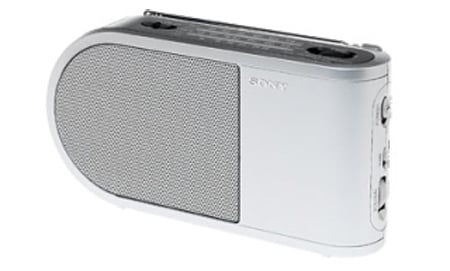 When we say portable, most of us might picture a small radio that could fit in your pocket. If you are one of those who are charmed by the earliest forms of mobility in gadgets, then Sony has something in store for you. Powered with three AA batteries, the ICF-404L looks like the new avatar of a mini transistor which maintains the same functionality, or probably even better. Shining in a shade of silver, this addition to our portable radios roster sports a fairly fresh design that helps you carry it around in style. Equipped with a speaker, it has provisions for connecting a headset as well. 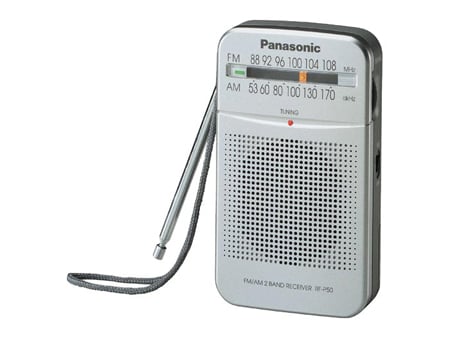 If you consider yourself old school and still prefer to flaunt the basic rectangular radio with a strap secured to one end, the next device from our portable radios lineup would seem to be a good choice for you. It uses the usual slide-rule tuning dial which lets you surf through stations easily with a single finger motion. It requires 2 AA batteries to pump in some life so that it can connect you with your favorite radio stations. It is essentially a basic gadget that weighs 0.31lbs and the dimensions make it as compact as any handheld device offering a sturdy grip. For a more comfortable feel, you can attach your favorite strap or lanyard to it. 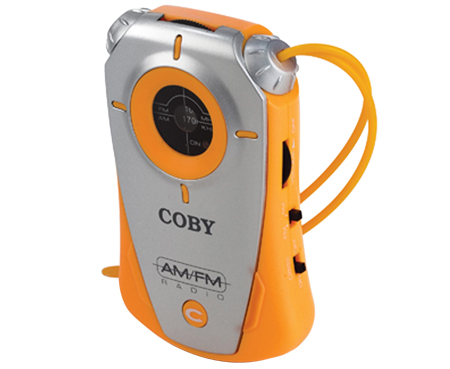 The next one to feature in our list seems apt for enthusiasts who are looking for a cool, sporty design. And if the aesthetic aspect strikes a chord with you, the availability of the Coby CX-71 in various trendy colors like green, blue, red, orange, silver, and black might appeal to you as much as the utility value of this device. It is equipped with a belt clip as well as a hand strap, so you don’t have to worry about misplacing it when your hands are full. Its fresh appearance makes it stand out among a crowd of devices with similar attributes. To interest audiophiles, it employs a dynamic bass boost system to enhance the sound quality. 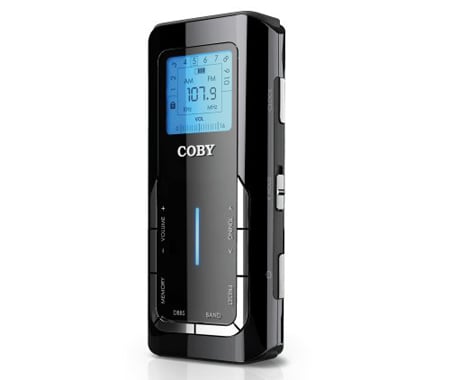 Here is another one from Coby for those who favor a more sophisticated and classy device to wrap their hands around. The CX-90 exudes a rather serene aura draped around its black and silver coats. It also boasts of more buttons gracing the sides to help around with utilizing the functions. The small rectangular backlit digital screen occupies a slot on the front panel. It displays not only the station frequency, but volume and time as well. It can remember up to 20 preset stations, which are divided into equal numbers for AM and FM. If you worry about accidental pocket key presses, the gadget also allows you to lock it. 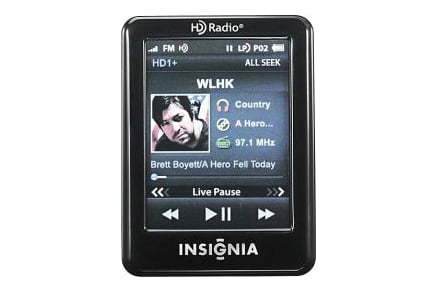 We won’t blame you if a touchscreen is what you demand in almost every gadget you come across. The advent and development of technology have left us demanding more from everything. So if you think a touch-sensitive display and a portable player is a sweet combination, do take a look at the Insignia HD radio portable player from our portable radios compilation. Incorporated with a 2.4-inch touchscreen display, it attempts to compete with modern-day music players in the looks department. The screen not only displays the station you are listening to, but also album art, provided the service is available for the region. It even lets you hit the pause button, so that live content is stored in the buffer to listen to later. 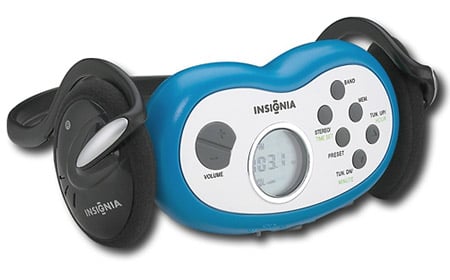 Insignia has another candidate for those who demand a blend of absolute portability with basic functions. Accompanied by an over-the-ear headset, the device is not just mobile but also wearable. So when sweating it out in the gym or going for a sprint, it eliminates the need of taking along a gadget in the pocket. The radio possesses a simple interface and lets you preset up to 20 of your favorite stations. It can be powered with two AAA batteries, a set of which ships along with the device and these should keep it running for approximately 12 hours.

So this was our take on the best portable radios available today. Did we miss something that happened to catch your fancy? Do tell us about it.