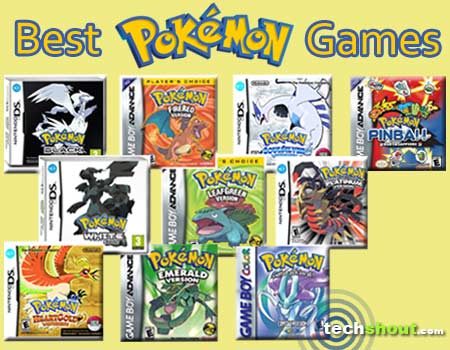 The following best Pokemon games are all must-have titles especially if you’re an ardent fan of the franchise. Created by Satoshi Tajiri and published by Nintendo, the phenomenon first hit the scene in 1996 guised as an RPG for the Game Boy. Thereafter, several gems were released across the terrain, most of which made it big via Nintendo’s portable consoles. Now, the highly-acclaimed media franchise isn’t only limited to this particular field. It also manages to gather merchandised attention in the form of manga, anime, toys, trading cards, books and other sorts of media. 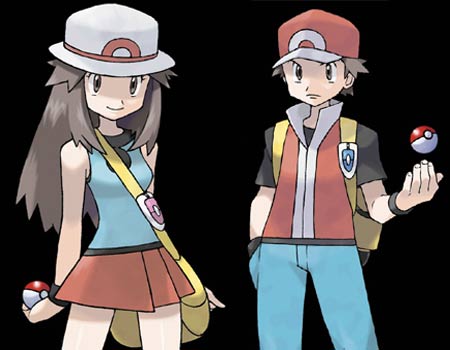 This pair of options emerged onto the scenario in 2004 and could be enjoyed via the GBA system. The couple is also noted to be remakes of the Red and Blue titles which were unveiled 17 years ago. There were even Player’s Choice versions of the same that were created to grab the attention of fans. These gems let you take on the role of the protagonist and engage in turn-based fight encounters. By peeking from an overhead point of view, you can capture and train tons of spectacular monsters that come your way. You’ll also be treated to a contextual help menu and a brand new region. 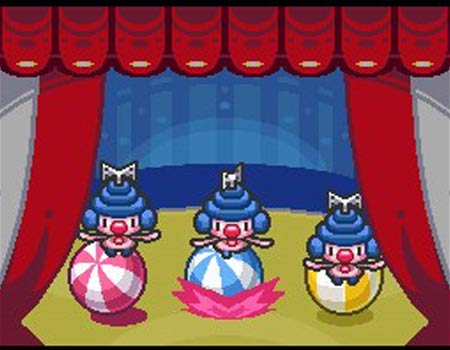 The next best option invaded Japan in 2008 and went on to win hearts all over the globe 6 months later. Noted to be the enhanced remake of the original Diamond and Pearl editions, the storyline here transpires in the Sinnoh region and focuses on the legendary Giratina in its new Origin Forme. 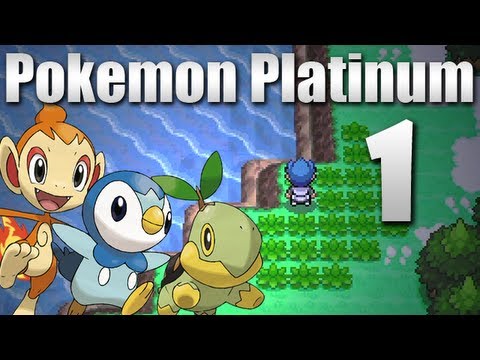 You’ll also be able to spot new features such as the Vs. Recorder, the Wi-Fi Plaza and Distortion World. The developer has also thrown in a few other legendary critters like Dialga and Palkia as well as Azelf, Uxie and Mesprit, the powerful Lake trio. 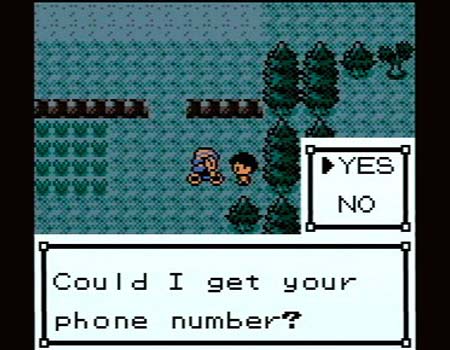 This engaging title may seem familiar to aficionados of the franchise as it’s the updated edition of the original Gold and Silver versions. What’s unique about this one is that the title jumped forth bringing along various new attributes that were given a miss in the previous iterations. For one, the hero you choose can either be a boy or a girl whereas in the earlier names, you could only roam around as a male character. 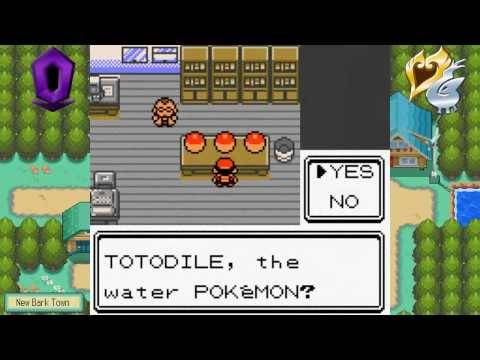 What’s more, the creatures involved here all boast of having animated sprites. And lastly, you’ll be able to recognize this delight from its cover which displays a picture of the legendary Suicune. 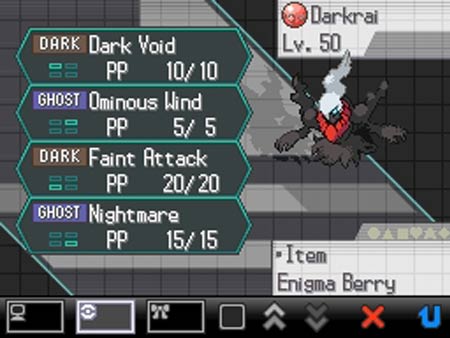 As compared to the other options listed out here, these particular inclusions are fairly new on the scene. They were unleashed for the Nintendo DS console in 2010. While enthusiasts in Japan were the first to receive their copies, the rest of the world was able to get a taste only a year later. The duo is the first installments in the 5th generation of the RPG series and features the journeys of a youth who traverses along the Unova region. Some of its new features read as a Random Matchup mode, triple battles, a seasonal cycle and animated sprites. You can also familiarize yourself with more than 150 brand new critters. You’re called on to defeat the Elite Four and acquire the position of Unova Champion. As far as the box art is concerned, the maker has pasted images of Reshiram and Zekrom on the Black and White editions, respectively. 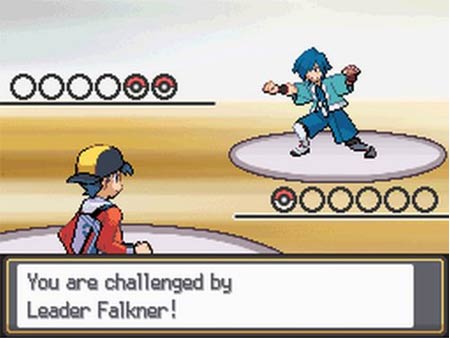 Just as you might have already guessed, the pair roped in here is the remake of the Gold and Silver versions that unveiled over a decade ago. The Nintendo DS titles put you amongst the top trainers in the Johto and Kanto districts. You’ll be able to capture, raise and catalogue a plethora of creatures and even head out to defeat other trainers like yourself. 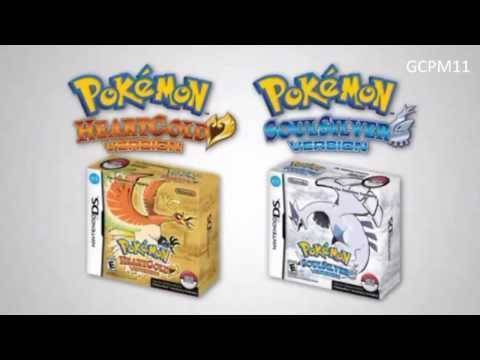 As an additional bonus, both the editions in question come complete with a handy gadget known as the Pokewalker. In case you’re wondering, the peripheral appears to be somewhat like the iconic Pokeball. 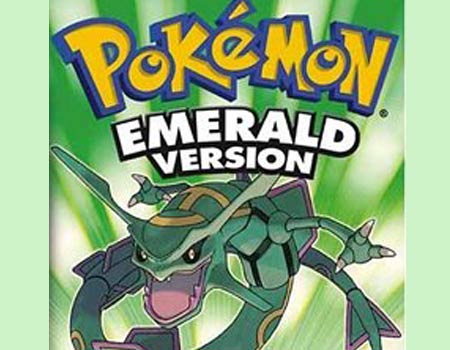 This particular contender is looked upon as the updated version of the Ruby and Sapphire titles. And apart from sharing quite a few similarities with its earlier editions, the gem also features new attributes and a slightly altered plot, among other things. 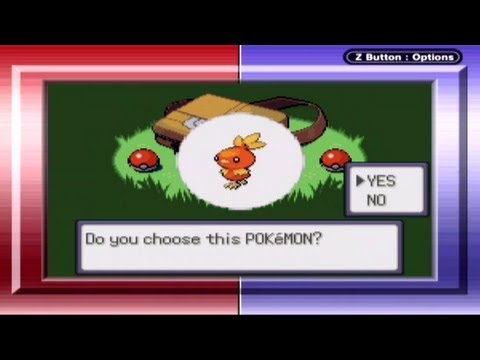 Here, the villainous Team Magma and Aqua awaken the legendary Groudon and Kyogre, respectively. The delight that was released around 8 years ago has the legendary Rayquaza slapped onto its box. 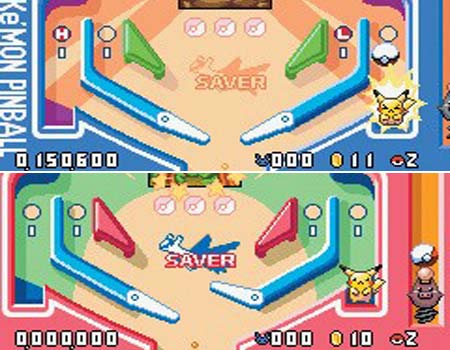 Developed by Jupiter, this installment is of the pinball variety. It was unleashed almost a decade ago for the GBA handheld console. This title seems to be a great option for all those of you who simply loved to hit the arcade only to feed coins into the pinball machine and enjoy raking in high scores. 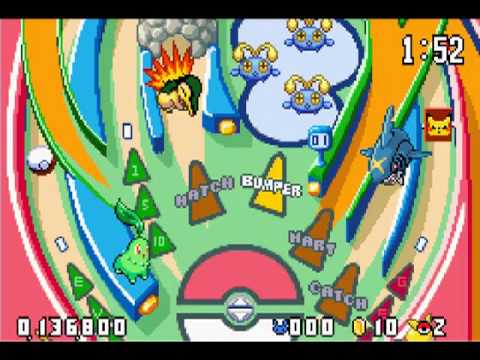 Well, you can indulge in traditional gameplay that takes place across 2 themed boards. You’ll also be able to capture those wonderful creatures along the way.

Are you a fan of the 650 and counting species that are featured in the acclaimed franchise? Well, it’s time you procured all of the best Pokemon games so that you’ll be able to take complete advantage of the series you love. So pick up the aforesaid delights and get ready to face gym leaders and other enthusiastic trainers as well as earn badges and make tons of friends along the way. You’ll also be introduced to the likes of Butterfree, Squirtle, Ekans, Bulbasaur, Charizard, Pidgeot and the adorable Pikachu. You would even need to foil all the dastardly plans of the crime syndicate called Team Rocket. Did we happen to miss out on any of your favorites? Well, you can leave your comments in the space below.