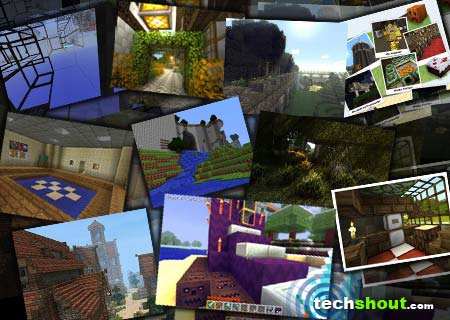 We’ve roped in the best Minecraft texture packs so that you can experience the much-loved game in a whole new light. All of the following options let you play around with the title’s graphics so that you can create fresh backdrops and fun interiors. Now the game scenario is packed with tons of choices that have been formulated by various talented individuals. But how will you be able to distinguish the crème of the crop from the lot? Well, here’s where our list of goodies comes in. Take a peek at what we’ve lined up just for you. 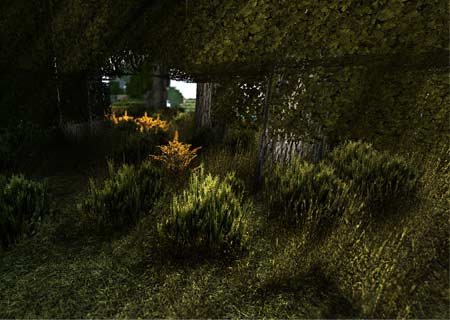 Here’s your chance to splash your virtual world with oodles of realistic features. Available in an assortment of 16 x 16p, 128 x 128p and 256 x 256p resolutions, this gem jumps onto the forefront bringing along HD font as well as a heap of textures like a dragon egg, book, watermelon vine and other particle textures.

Scuttles’ masterpiece was in fact formed so that the creator could douse his in-game creations with a brilliant yet realistic stroke. 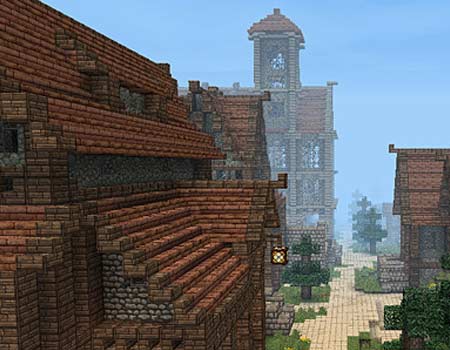 No, we aren’t talking about the English explorer here but a highly customizable option that’s presented to fans of the sandbox game in a 32 x 32p resolution. This entrant boasts of new brick, ice, wool, sandstones and wood plank along with a new villager peasant skin.

The delight can be used on different structures such as houses and high-rise buildings. This particular version even comes packed with new sky effects and an ender chest texture. 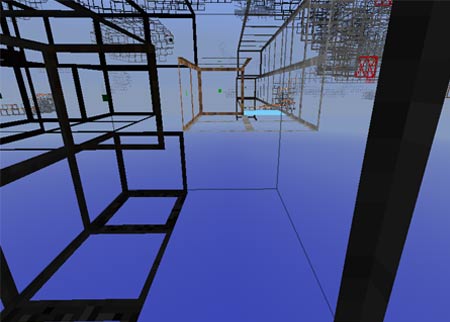 Well, as you might have already fathomed, this particular pack is blessed with the ability to endow in-game objects and surroundings with a completely transparent look. This means you’ll be able to clearly perceive all the beams and borders fitted within the structures. The handy option can be put to use in various instances.

For one, you’ll be able to watch out for foes creeping around the corner, dark areas, harmful traps and hot lava. It’s great for zeroing in on minerals, hidden chests, dungeons and caves as well. Lastly, you won’t find any clouds, rain or snow hindering your sight here. 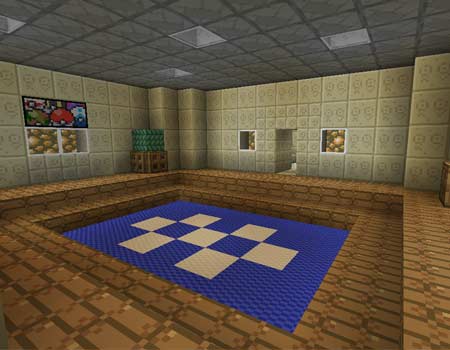 Are you a huge fan of the acclaimed Pokemon media franchise? Well, if you consider yourself as one then you’re in luck. This inclusion is created by RileyVace and comes packed with influences plucked right out from the well-known series.

It sports a 16 x 16p resolution and features mobs that are guised as Pokemon creatures like Tentacool, Miltank, Slowpoke and Mareep. 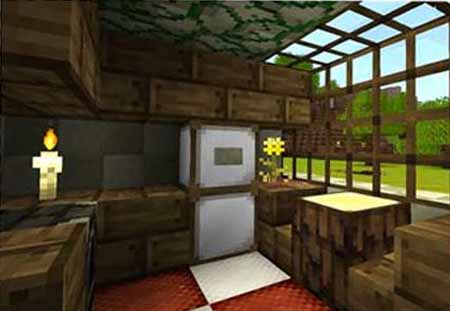 The brain behind this endeavor is an ardent enthusiast who’s known only as Jolicoeur. It’s a 16 x 16p resolution version that hits the scene complete with custom swirly smoke/explosion animation, all-terrain items and moody custom clouds. You can also expect to see passive mobs as well as not so passive ones too.

You’ll even be able to feast your eyes on the ‘Andre the Wanderer’ character skin and custom animated water, lava, sky and fog colors. As the developer reveals, you can alter nearly all the visuals littered in the title concerned. And just in case you’re wondering, the name’s pronounced as ‘jolly craft.’ 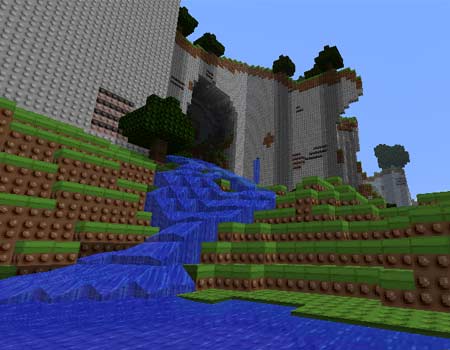 If bricks and blocks get your adrenaline pumping, then this one seems like just the treat for you. Get ready to be served a dollop of nostalgia. Based on the Lego franchise, this ‘blocky’ pack is created for all those of you who love spending hours on end building a variety of structures by using patience and your imagination.

This option involves tons of familiar-looking bricks that sport raised circular protrusions so that you can attach one to the other. And since it falls under this particular theme, you’ll also be able to espy a plethora of original colors. 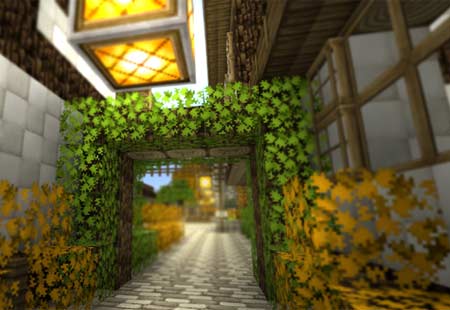 This interesting contender strides onto the scenario dressed in a 32 x 32p resolution. As per the maker, this gem has been inspired by JoliCraft and Good Morningcraft packs.

By employing this delight, you’ll be able to give your creations a completely fresh outlook. You can also take advantage of epic caves, kitchenware, colorful terrain, home sweet home, rain on the forest, backstreet and wild grass areas. 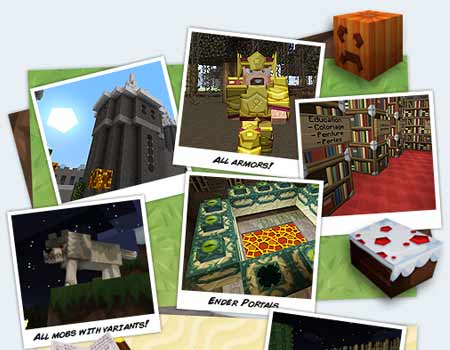 Want to dive into a virtual terrain that’s decorated with a comic book look? Well, that’s just what you can expect when you procure this particular gem, according to the maker.

It’s noted to be a vector-based pack that rolls out in resolutions that range from 16 x 16p to 512 x 512p. There are also pig zombies, NPC relooking, zipline mod, ender portals, clay soldiers mod and magma cubes thrown into the amalgamation. 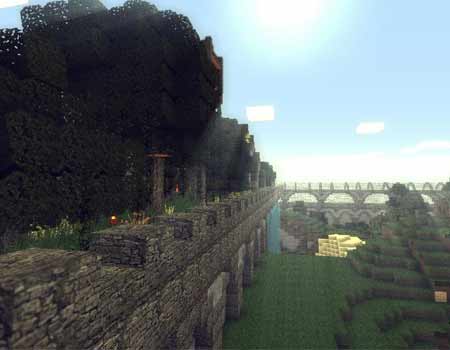 After satisfying the craving of Pokemon and Lego aficionados, we now aim to please fans of yet another bigwig franchise. What can you anticipate from this delight?

Well, the developer aims to drench the in-game confines with brilliant textures and themes from the acclaimed The Elder Scrolls iteration. 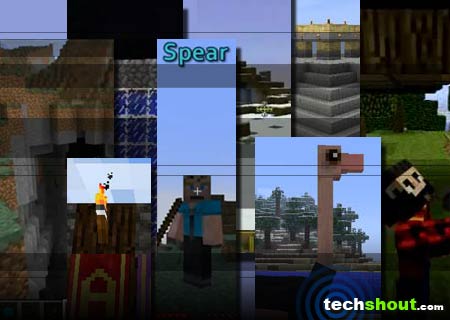 Here’s another treat that brings realistic graphics to the forefront. This 64 x 64p resolution version is perceived to be a mix of a medieval RPG theme and realistic texturing.

If you’re interested in acquiring this one, don’t forget to download and run MCPatcher HD which helps keep glitches or buggy animations at bay.

Each of the aforesaid best Minecraft texture packs boasts of its own individual flavor which will surely take your game and building experience up a notch or two. We have everything from Skyrim stuff to the x-ray sort. There’s even a couple that are formulated especially for Pokemon and Lego fans. So, waste no time diving right in and procuring the entire lot listed out here. You can punch in the names of your favorite ones in the space allotted just below.