Here’s a list of the best Minecraft skins available out there. We know that the virtual plane is packed with loads of pelts which can be used to dress up Steve. But we have scoured the vast seas and ended up with the best 15 skins that range from different fantastic characters to guises that give you special abilities. Minecraft allows you to unleash your creativity within the game confines. You can build different innovative constructions by utilizing textured cubes. 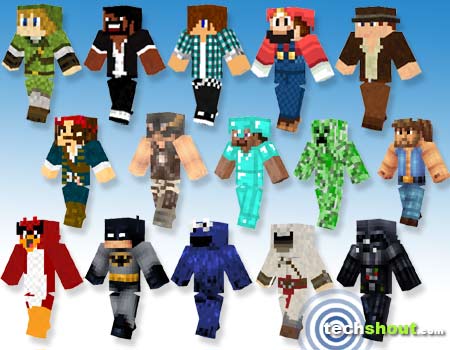 Now if you want to add more flavor to your gaming world, you can adorn the default player skin with a variety of appearances. Read on to find out more about our acme picks. 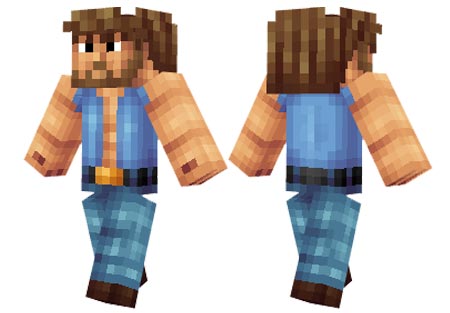 The ‘tough guy’ image endowed on Chuck Norris has made him an internet sensation. And for those very few individuals who don’t know who we’re talking about well, he’s a renowned martial artist and actor, who starred in various action movies and also the hit television series Walker, Texas Ranger. He’s even appeared in the film Way of the Dragon alongside Bruce Lee. Now, wouldn’t you like to step into a machismo role of Carlos Ray ‘Chuck’ Norris while playing the game? 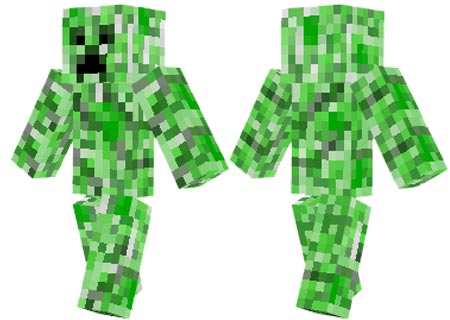 Go green with the Creeper layout. This particular gem in our list of Minecraft skins drenches you completely in an olive hue and lets you hide amidst the other green textured backdrops and objects like bushes and trees. And when fellow players pass by, you can jump right out and scare the living daylights out of them. 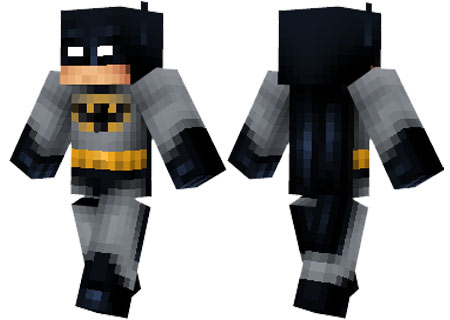 Watch as the Dark Knight now rises in the realm of the game after pleasing movie buffs, gamers and comic book fans with his heroic acts on the respective platforms. The caped crusader, who is actually the billionaire philanthropist Bruce Wayne, fights crime with the help of his close allies Robin, Batgirl, butler Alfred and Commissioner Gordon. The villain list is also large and features the likes of the Joker, the Riddler, the Penguin, Catwoman, Two-Face, Bane and the Scarecrow, among others. Batman now flies out of his hometown of Gotham City and makes his way to your virtual world through this special guise. 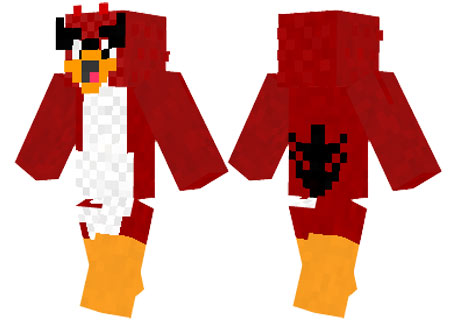 One of the irate Avians from the popular mobile games ‘Angry Birds’ catapults its way into our roster. The red bird hops right into the game, rage and all. You can now take advantage of the deadly fury and furry combination with the Angry Bird layout. 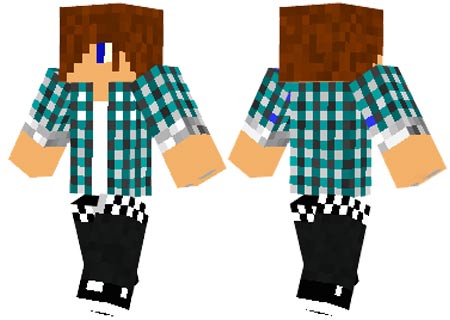 With the Teenager layout you can add a youthful element to your game. You’ll get to traverse the confines of the Minecraft game dressed in low-rise black jeans, long brown hair, checkered belt, white shirt and blue jacket. Don’t forget to sport a spunky appearance while you mingle with your environment as an adolescent. 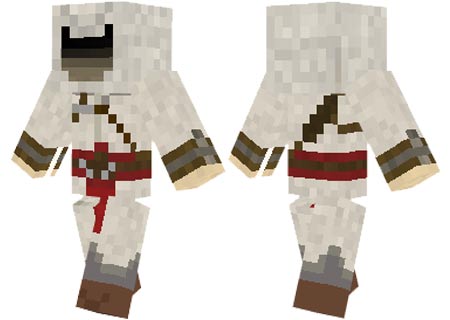 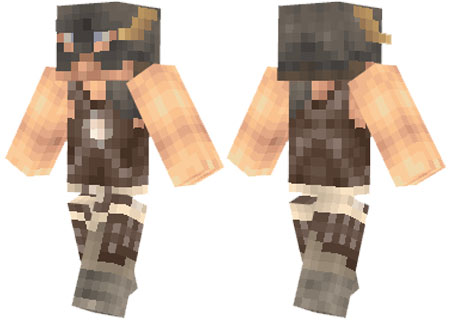 After gliding through the streets as Altair from Assassin’s Creed, you can now become a Dragonborn from The Elder Scrolls V: Skyrim. Known as Dovahkiin in Dragon language, this layout helps you become an individual who is born with the soul and blood of a Dragon but has a mortal body. 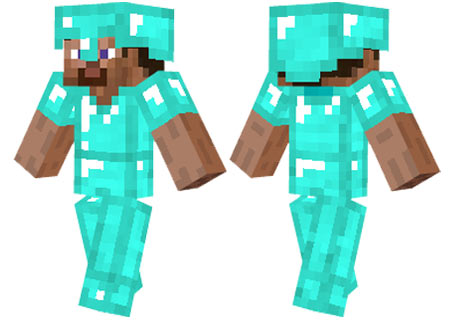 Taking a little break from the disguises fashioned after famous characters, we now take a closer look at a very useful delight called Diamond Armor. Known to be one of the most sought after Minecraft skins, it enables you to trick other players into thinking that you’re wearing the coveted Diamond Armor. And since this particular safety gear is the toughest there is in the game, you can watch as your fellow mates flee in fear. 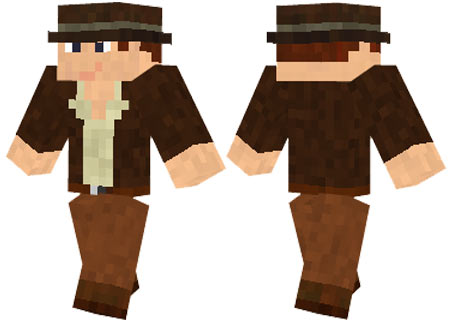 What’s the first thing that pops into your head when you hear the words ‘Indiana Jones’? Well, it could be the classic whip and hat, the handsome Harrison Ford or even the catchy theme song. But with the Indiana Jones skin, Minecraft may also be part of that list. Yes, the fictional American professor, adventurer and archaeologist whiplashes his way into the game’s terrain. 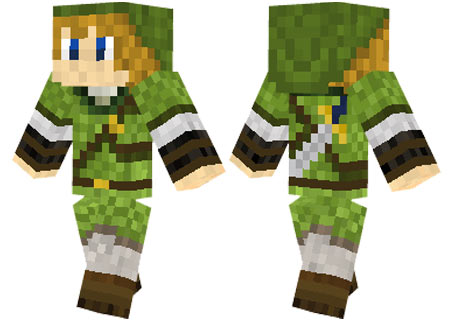 We all know him as the lead fictional character in the famous The Legend of Zelda games. Link, from the Hylian race, now makes his way to the game wearing his famous green outfit. He’s the main protagonist that travels across Hyrule, striking down foes like evil forces and hideous creatures along the way. 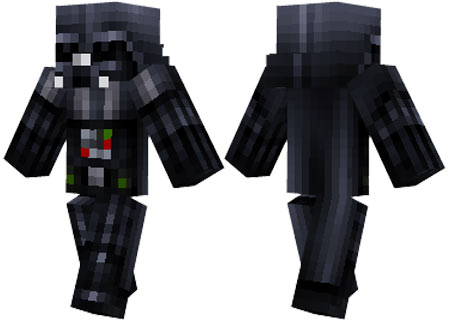 You can jump into the Minecraft game dressed as the much-feared antagonist from the original Star Wars trilogy, Darth Vader. The dark side beckons you to it with the Darth Vader template so may the force be with you when you download this one. 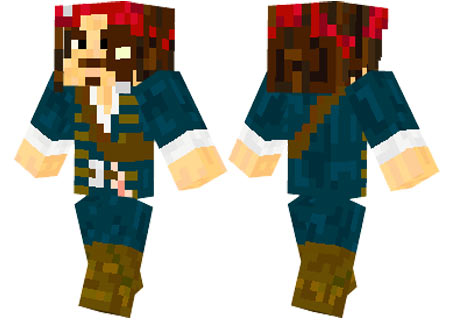 The witty protagonist of the Pirates of the Caribbean film series lends his persona to us. After seeing his antics in the movies, you’ll now be able to wear the infamous Jack Sparrow garb and sail across the vast expanses of the Minecraft. This entrant in our lineup of Minecraft skins comes complete with dreadlocks, bandana, and boots. 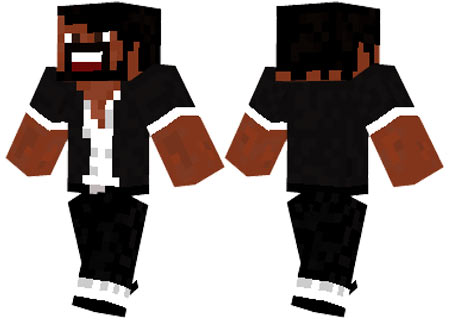 After shedding light on some renowned fictional characters from the movies as well as the gaming world, we now have an inclusion that jumps onto the scene directly from the music business. We’re talking about the Usher skin. The star in the spotlight here is a talented singer, dancer and actor. 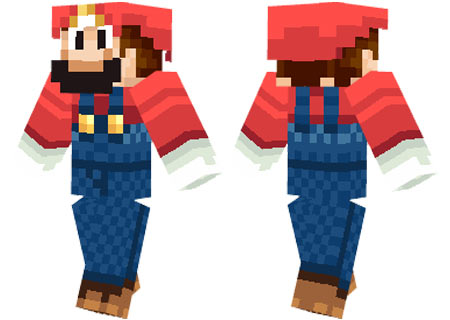 Want to bring a sense of nostalgia to your Minecraft game? Well, what better way to do so than by adorning the classic hat and moustache of Nintendo’s mascot, Mario. The pudgy Italian plumber who has entertained millions for over 25 years now, makes his way to the fantastic sandbox game. 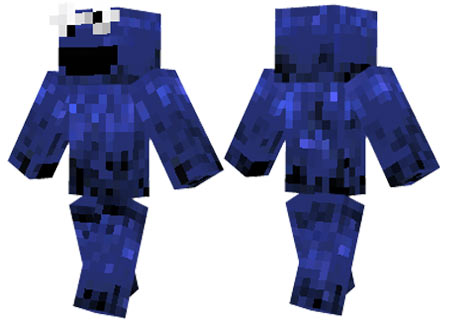 Hide all your yummy treats as the Cookie Monster is on the prowl in your gaming world. One of the most famous characters plucked right out of the children’s television show Sesame Street hits the scenario complete with his synonymous dark blue fur and googly eyes.

Video games have enabled us to step into the shoes of some very interesting characters. You can be a superhero in one and maybe even take on the role of a mythical warrior in another. Similarly, the aforesaid best Minecraft skins let you jump into the game disguised as some of the well-known faces in town.