15 Best Minecraft Modpacks [For Every Type Of Player]

Ready to jump into an altered Minecraft experience that leaves you truly in awe? Try out these best Minecraft modpacks.

Looking for the best Minecraft modpacks to add a little variety into your gaming experience? Look no further, because we’ve got a list of 15 amazing mods to get you started.

Minecraft is a game with endless possibilities, this much is true. But even in such a game, things can get stale or repetitive. Luckily, the sandbox video game allows for modifications that add a ton of new features and change all sorts of things, from the way blocks look and feel to just how the game world interacts with the player, for an overall more fun experience.

When many ‘mods’ are grouped together, often with an overarching theme, it results in what is referred to as a modpack, which alters the way the game is played, either solely aesthetically or from a gameplay standpoint, or both. Either way, modpacks offer a slight different experience than plain old vanilla Minecraft.

Here are some of the most interesting if not the best Minecraft modpacks that we think you’d love! There is something for every type of Minecraft player out there, so give them a try if you’ve been looking for Minecraft modpacks to turn the base game experience into something more. They’ve got some really great mods and there’s everything that a seasoned Minecraft player would want, from more challenging gameplay and the dreaded kappa mode to alien planets, new mobs and even a prestige system.

What RLCraft does is add a new layer of survival gameplay to your vanilla Minecraft experience. Among its many impressive features is a skill tree tab, much like something you’d expect from an RPG. Others include a temperature and season system, new mechanics, items, and crafting recipes. The world is populated with new creatures and players have a bit more exploration to do. If a gruelling Minecraft session is what you’re after, the RLCraft modpack should satisfy the survivalist in you. 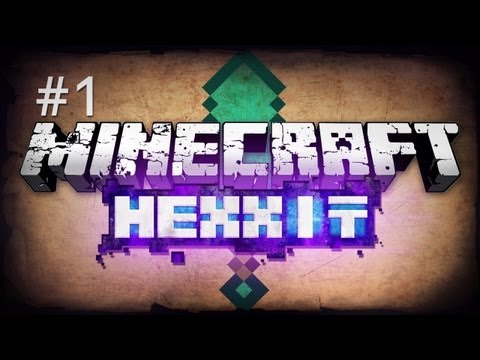 Go on a great adventure with the Hexxit modpack for Minecraft! Styled after Dungeons and Dragons campaigns, the dangers you will face are greater, which should give you deeper gameplay immersion and a sense of satisfaction when you clear out and explore dungeons. The most fun part about Hexxit is that it adds a Chococraft mod, which allows you to raise and breed Chocobos for when you want to get around with some speed. 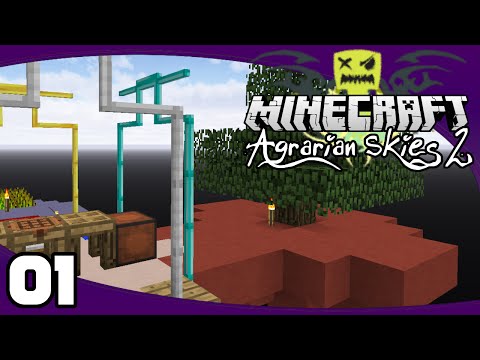 If you’re up for a challenge, you could try the Agrarian Skies 2 modpack, which throws players into a harsh world after a cataclysmic event. You must rebuild starting from almost nothing, but you have your trusty quest book to guide you along the way. One of the best modpacks for Minecraft, Agrarian Skies 2 has several mods including Hardcore Questing Mode, which is designed for quest-oriented custom maps, and Blood Magic, which uses a new energy source (blood) to craft items and potions.

The Farming Valley modpack for Minecraft is built around the farming simulation genre of games like Stardew Valley and Harvest Moon where players are tasked at building and managing a farm or small village in order to progress. The modpack adds seasonal changes, each of which involves special plants. This is one modpack for fans of the farming sim genre, although it takes a little away from the crafting aspect of things for which Minecraft is known. That’s shouldn’t be a hindrance, though, with this quaint mod pack. 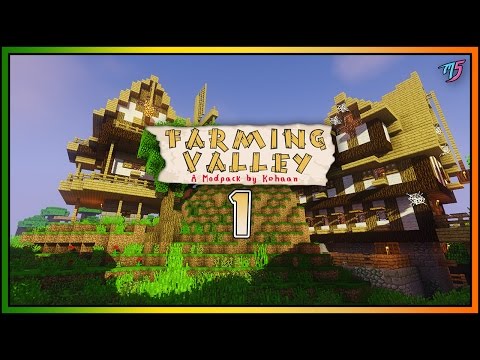 If a mix of tech and magic is what you’re looking for, FTB Sky Adventures is the modpack for you. The large Feed The Beast pack of Minecraft mods uses a new questing system — FTB Quests — and quests are not forced upon the player, who is free to explore the mod at their own pace. There is also fun and quick player progression, with rewards handed out in the form of in-game currency (more precisely, “in-mod” currency) when you complete quests. 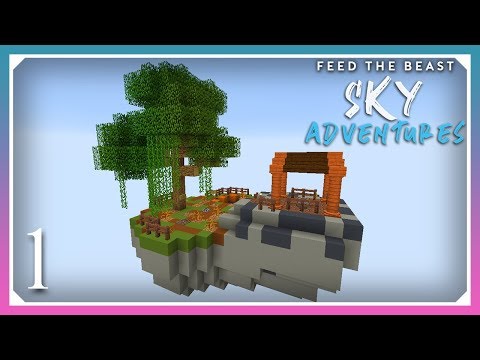 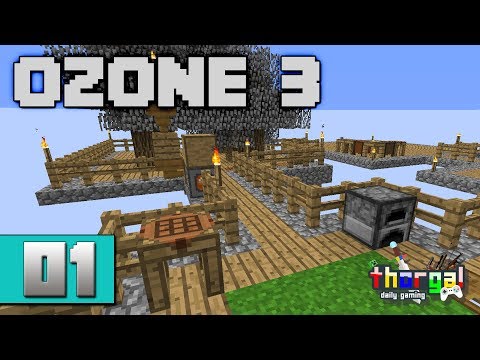 With over 1,100 quests, Project Ozone 3 is filled with tech and magic mods and is great for exploration. It includes a reward system, which means that your inventory isn’t cluttered with loot chests, but you earn a sort of currency called RAK (Random Acts of Kindness) by completing quests. And for those looking for a challenge, there are three difficulty modes, with Kappa mode being the toughest, most gruelling difficulty level for the hardcore player. Try normal mode or Titan mode for a less gruelling experience.

This large modpack with more mods than you can count is one without any particular objective, but is nice for playing Minecraft with friends. Direwolf20 has a few popular mods including Biomes O’Plenty, which adds a ton of new biomes to the environment; Actually Additions, with new features, Crystal Flux machines and foods; Astral Sorcery, a magic-leaning mod that allows players to harness the power of starlight and the constellations; and Blood Magic.

For those Minecraft players who are also amateur astronomers, Space Astronomy is one of the best Minecraft modpacks to try out thanks to the three planetary or star systems it has to explore – the Solar system, the Sirius system, and the Kapteyn system. The pack comes with a bunch of tech and space mods including Biomes O’Plenty; Enchanting Plus, a mod that allows players more control over their enchantments; Hardcore Questing Mode (HQM); and Mekanism, a tech mod that brings low-, mid- and high-tier machinery to the game.

Truly a modpack for everyone, FTB Infinity Evolved has a ton of different mods that change the basic gameplay. There’s a bunch of tools and items that make your life easier and you can play with friends towards a common end goal. In fact, it has so much to offer, it’s safe to say that once you play the modpack you’ll never play vanilla Minecraft again! Delve into a vastly rich world, one full of adventure and crafting for you to enjoy.

The Roguelike Adventures and Dungeons modpack, or RAD for short, is made for those who love dungeon crawlers. This is one the best adventure modpacks you can find in its genre, it eschews things like tech and instead focuses primarily on adventuring and exploration, with a dash of looting and a generous helping of battles. A host of new realms — Tropicraft, Aether, The Betweenlands, and Twilight Forest — await discovery, as do traps and mazes, and are all good for one thing: bedazzling the vanilla Minecraft experience. 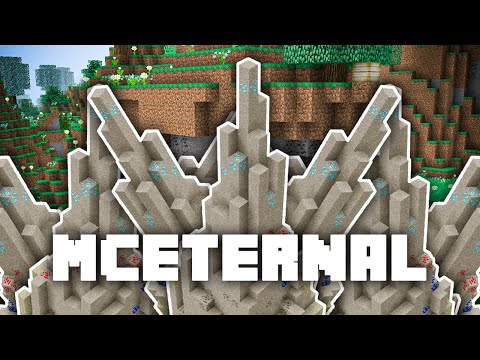 Adventure, quests, magic, combat, science, automation! That’s what MC Eternal promises. It is what’s called a ‘kitchen sink’ pack, which means there are tons of mods included. But MC Eternal has much more to give, such as over 750 quests, a unique bounty system, RPG-style gameplay, secrets and collectibles, and legendary artifacts. The night-time is particularly harrowing, thanks to the Hardcore Darkness mod, with more monster spawns in the dark. All of it adds tremendous depth to the gameplay to Mineraft.

SevTech: Ages is a large Minecraft modpack that staggers player progression and includes a few interesting features such as progress-based recipes and hiding ore until unlocked. The reason for all this is to introduce the player to not-so-oft-used mods, with the main goal of advancing the player through various ages, from the Stone Age to a Futuristic Age. You start off spartan, with no map and greatly restricted in your recipes and items, and which are slowly unlocked as you make progress. 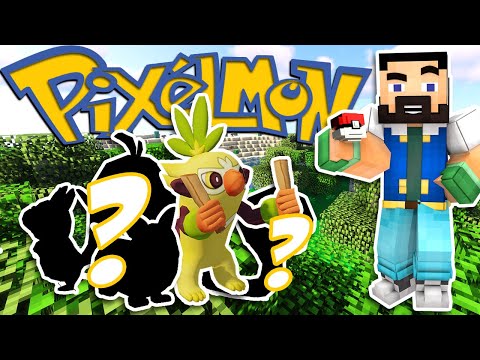 The great thing about Minecraft is that the sandbox game allows for a range of flexibility, which eventually gives rise to strange crossovers. And the Pixelmon modpack is just that! It turns the world of Minecraft into a Pokémon haven. In addition to a Minecraft experience, with this modpack you can enter into battles to capture Pokémon that are found in its various biomes.

The Pixelmon modpack even has its own sidemod called Gameshark, which grants players the ability to sniff out item drops, shinies, legendaries and more with a nifty little on-screen compass. It also includes BoP Patcher, a mod aimed at fixing compatibility issues.

Here is a modpack that turns Minecraft on its head. Instead of mining materials and using them to mold the world and shape the terrain around you, Sky Factory 4 does just the opposite. Starting off on a tiny patch of earth in the sky, you have to build your Minecraft world around you. The modpack creators have included an optional prestige system, which allows players to unlock mods, items and mechanics via an open progression scheme. 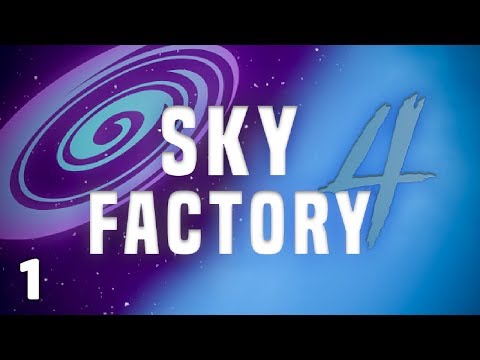 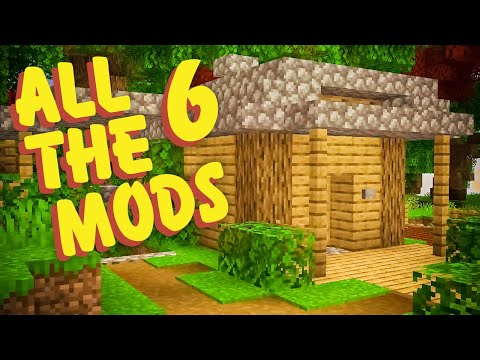 Looking to add a bunch of new features to the game? Try All the Mods 6. A large, kitchen sink all-purpose modpack, All the Mods 6 is probably the perfect starter modpack because it contains most of the basic mods that other popular packs include, with a few lesser known mods too. Just a few of them are the Ice and Fire: Dragons mod, Blood Magic, Biomes O’Plenty, magic-themed tech mod Botania, and even the popular dimension exploration mod Twilight Forest.

Q: What is the biggest Minecraft Modpack?

A: It’s hard to say which is the biggest Minecraft modpack, because just about anyone can create modifications and modpacks for the sandbox game. Also, you would need immense computing power to run many of the larger mod packs, making it impractical to download and install large modpacks.

Typically, you’d want a big modpack to contain quests and adventuring, in addition to aesthetic and gameplay tweaks, and you can find a ton of that on this list of big modpacks. Featuring high on that list is All the Mods 6 (ATM6); SevTech: Ages; Dungeons, Dragons and Space Shuttles; and Better Minecraft.

A: There are quite a few interesting Feed The Beast (FTB) modpacks for Minecraft, so it’s hard to say which is best. Also, calling a specific one the best FTB modpack would be highly subjective. However, we’ve picked a few of what we consider the best Minecraft FTB modpacks in 2022; you’re sure to find something you like among them: Sky Factory 4, Beyond, All the Mods 6, MC Eternal, Regrowth, Infinity Evolved, Stoneblock 2, Direwolf20, and FTB Revelation.

Q: What is a good modpack to play with friends?

A: Pixelmon, Direwolf20, SevTech: Ages, Forever Stranded, Hexxit, MC Eternal, FTB Infinity Evolved, and Dungeon, Dragons and Space Shuttles. These are some of the best multiplayer modpacks in Minecraft. Keep in mind, though, that you’ll need to have a Minecraft server set up to play with friends.

Q: What is the most famous Minecraft mod?

A: There are a lot of popular mods but among the most famous Minecraft mods are Direwolf20, Pixelmon, All the Mods 6, RLCraft, MC Eternal and Valhesia 3.