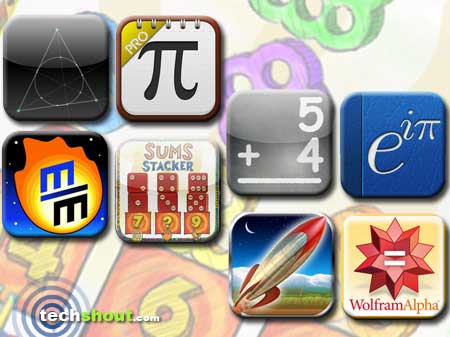 We’ve stacked up the best math apps for iPhone so that dabbling in digits will really be as easy as 1, 2, 3. Here’s where addition, subtraction and multiplication meet the mobile phone terrain. Swim through various numbers and figures via your trusty Apple handset, with a little help from the formidable software options we’ve sketched out below. You’ll also find both serious applications as well as a few titles that will aid kids in their math missions. From percentages to polygons, we have them all. 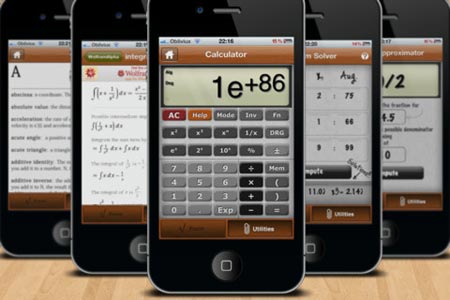 Our first contender is the iMathematics Pro app which covers over 120 topics, more than 700 formulas and 8 utilities, at a glance. For just under a dollar, you’ll be able to acquire a plethora of definitions, formulas and theorems as well as various sections for geometry, algebra, arithmetic, trigonometry and analysis. You can further test your mathematics skills by simply opting from over 100 quizzes.

There are also different types of calculators and solvers such as scientific calculator, fraction approximator, systems solver, math glossary, quadratic equations solver and graphic calculator at your disposal. All these features are neatly bundled along with stunning graphics and an intuitive interface. Share your study material with fellow students via the Facebook and Twitter integration. 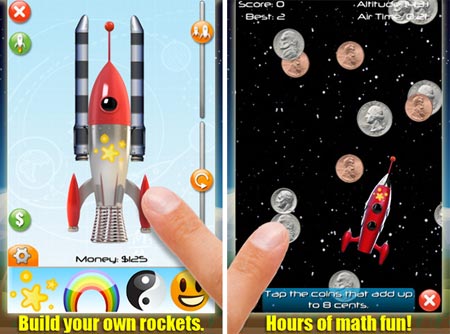 3, 2, 1…Houston, we have liftoff. The Rocket Math application blasts into our math apps for iPhone with the concept that counting can indeed be a fun experience. There are 56 different math missions to accomplish here. Each of them touch upon various topics such as fractions, decimals, time telling, US money, patterns, subtraction, addition, square roots and much more.

Tiny tots can choose from more than 90 colorful rocket parts to form their spaceship as they make their way through the skies that are filled with clocks, coins and pizzas. You can further opt from more than a dozen space-themed avatars and even create up to 5 separate player profiles. 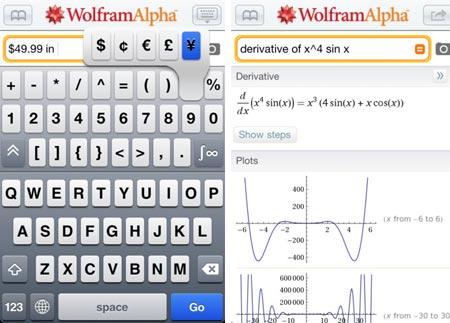 The WolframAlpha app is your closest companion when it comes to solving sums and generating reports. This delight goes beyond just being a solution for math problems. It also boasts of covering various categories such as computational sciences, physics, chemistry, life sciences, units and measures, engineering, astronomy, materials, earth sciences and weather.

Even things like musical notes, anagrams, video games, mythology and other such groups are present under this one banner, according to the maker. So by shelling out just under $2, you’ll get a whole buffet of not only numbers, but also alphabets and special characters. 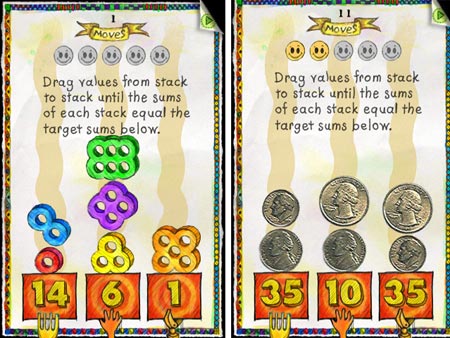 Claimed to be a math doodles activity, the Sum Stacker app helps develop the player’s number sense. This entrant in our math apps for iPhone list slides onto the scene with 2 modes of play namely, race and solve as well as 2 difficulty levels – easy and hard. As the name suggests, you’ll be faced with stacks of items such as dice, fingers, hole tiles and numerals or any other random object.

You must then move the pieces from one stack to the other until the items collectively sum up to match the target written at the bottom of the screen. 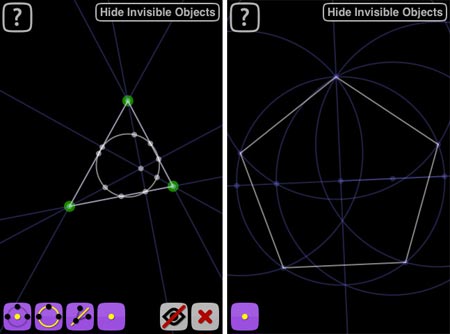 Apollonius endows your Apple smartphone with a helping of interactive geometry software. This means that you can easily construct geometric shapes without using a ruler or compass. These shapes and their various intricate parts such as angle bisectors and medians can easily be dragged around the iPhone screen with simple touch gestures. Furthermore, the application also remembers the last creation you drew across the surface before closing the app. So if you need to illustrate a rhombus, hexagon, polygon or trapezium, Apollonius will allow you to do all this and much more. 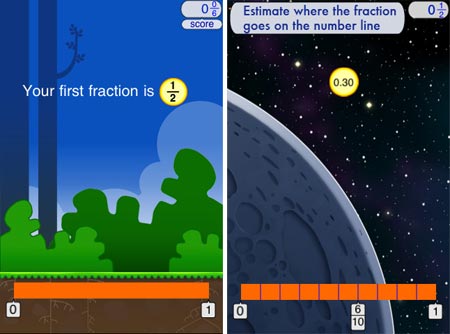 Apart from Rocket Math and Sums Stacker, here’s another gem that caters to children. And like the others, this one also makes math fun for tiny tots. Watch as fractions and the number line come to life, making it easy for small kids to learn about percentages, denominators, decimals and pie charts. There is a trio of modes namely, beginner, medium and expert fashioned for different age groups. All these math problems are dipped in colorful graphics and portrayed across the iDevice touchscreen. 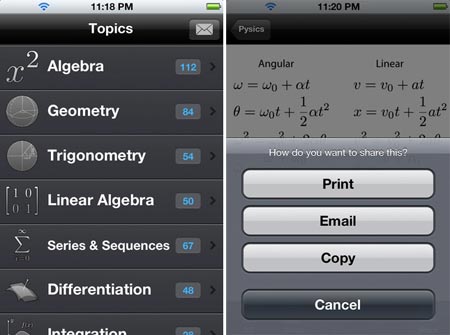 The next inclusion in our math apps for iPhone is noted to be a math reference software option that’s infused with more than 1,400 tips, figures, concepts, equations and formulas. The arithmetic fest also features new tools that include physics and algebra as well as other categories such as vector calculus, trigonometry, derivatives, equations, prime numbers and Greek alphabet.

There is also a favorites section for saving equations when the need arises. Other attributes read as orientation locking, search capability, print support and editable notes. 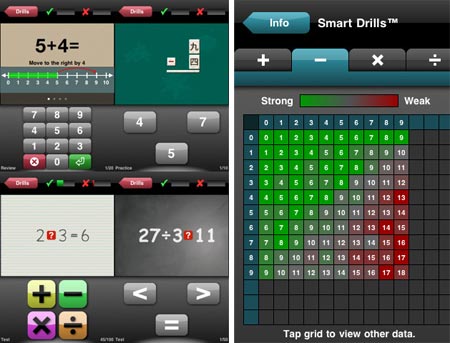 Our final gem enables up to 50 students to learn more about math elements such as addition, subtraction, division and multiplication. Each of them can take advantage of their own personal settings, test history and scores. The in-built Smart Drills feature throws more light on the problems that were answered slowly or altogether wrong.

Furthermore, solutions can be acquired by employing wooden blocks, number lines, hints and facts. You can further track the pupil’s progress through speed and accuracy graphs.

You can surely count on the best math apps for iPhone for all your arithmetic endeavors. Whether it’s a simple sum like 3 x 3 or an equation that reads y = x(1-x), you’ll find the answers by employing the tools found right here. Do enlighten us about your selections by leaving a comment or two in the box below.