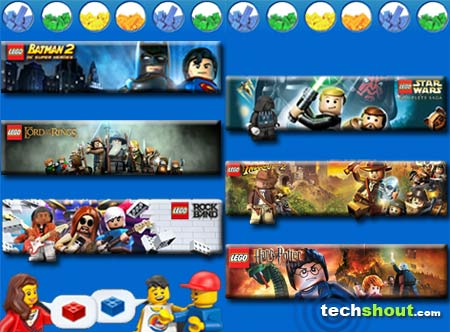 Our selection of the best Lego games are all based on well-known franchises that enthralled the world with their captivating action elements. Now this handful has had merchandise, movies, comics and more added to their names. However, it’s always fun to see these serious titles being endowed with the ‘bricky’ influence. The result: hilarious scenarios, fun gameplay features and lovable characters. Even the villains like The Joker, Lord Voldemort and the dreaded Darth Vader all sport pretty cute appearances. So get ready to read through our list and pick out your favorite ‘brickilicious’ treat from among the lot. 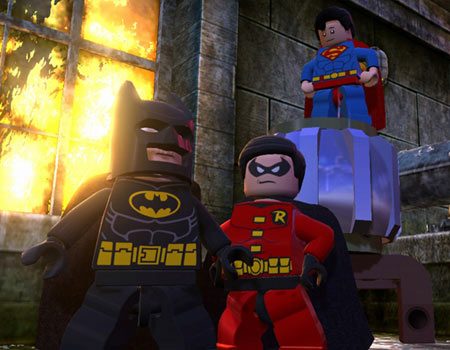 As you might have already guessed, the sequel to the original Batman gives the dynamic duo some much needed backup from superheroes like Wonder Woman, Superman and Green Lantern. And when there are good guys involved, you can be sure that evil doers and their henchmen aren’t too far behind. Here you’ll have to put up with the notorious villains, Lex Luthor and The Joker as they hatch another fiendish plan to take over the world. 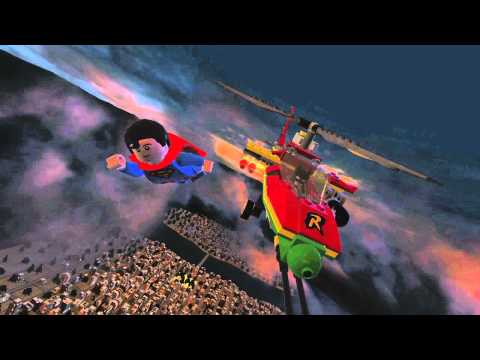 Newcomers as well as veterans will enjoy the expansive Gotham City environment as well as the different modes of transport and useful suits. The developer has infused an original storyline, plenty of customization options, fantastic backdrops and tons of fun in this second iteration. 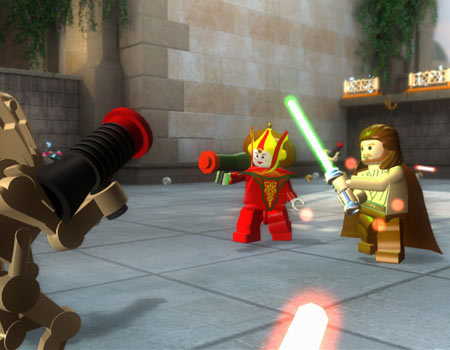 You’ve seen the force at work in movies, animations and other sorts of titles. Well, now it’s time to drench the acclaimed franchise with the block treatment. This particular entrant in our roster lets you dress up as little iconic figurines, wielding deadly lightsabers and blasters. 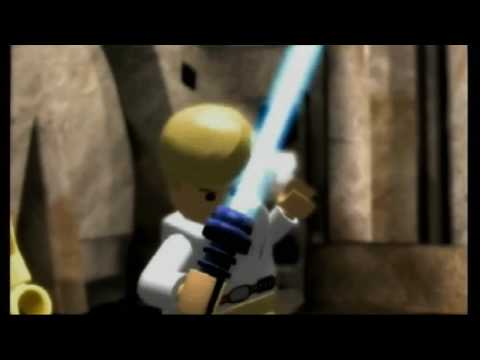 What’s more, you even get to traverse across all six Star Wars movies and avail of new characters, levels and an upgraded Character Customizer option. You’ll find all your favorite figures present here like Yoda, Darth Vadar, Anakin Skywalker, Obi-Wan Kenobi, Darth Maul and Princess Leia, to name a few. 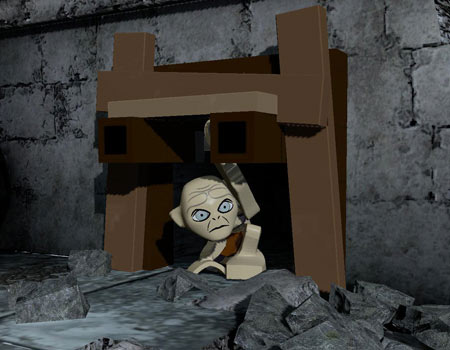 LOTR enthusiasts will definitely want to get their hands on this interesting title. It features scenarios plucked right out from the renowned trilogy by J.R.R. Tolkien. Be prepared to make your way through Middle Earth by playing the original storylines of The Fellowship of the Ring, The Two Towers and The Return of the King. 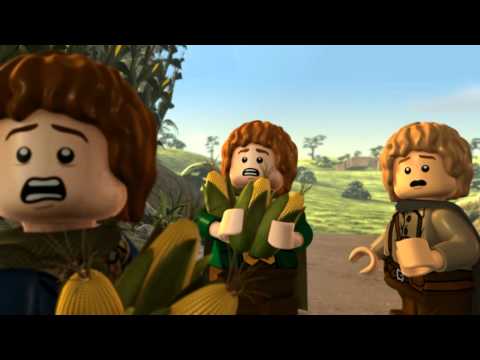 Follow the escapades of the brave fellowship that comprises of 4 Hobbits namely, Frodo, Sam, Merry and Pippin as well as Gandalf, Legolas, Gimli, Boromir and Aragorn the Ranger. And yes, you’ll be faced with familiar baddies like the Orcs, the Balrog, the Uruk-hai and the Witch-king, among others. 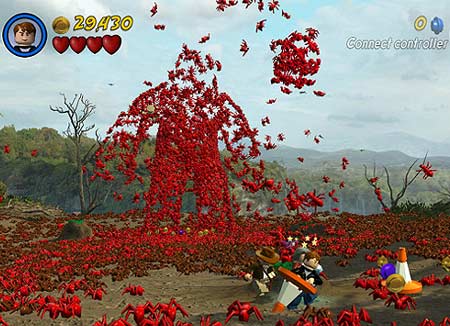 We’re sure the iconic movie title track must be already echoing in your head as you read the name of the next inclusion in our array. Well, keep it playing as it will perfectly match the exciting adventure you’re about to embark upon. The sequel to Indiana Jones provides a tongue-in-cheek take on the beloved franchise. 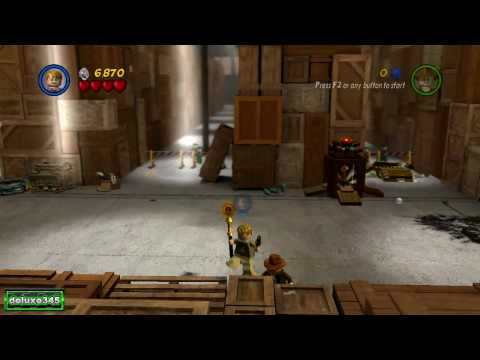 Put on your khaki hat and crack that whip as you brawl your way through the levels that are based on the premier trio of the Indiana Jones movies. A few of the noteworthy features roped in here include dynamic 2-player splitscreen more, huge boss battles, large hub worlds and new vehicles. 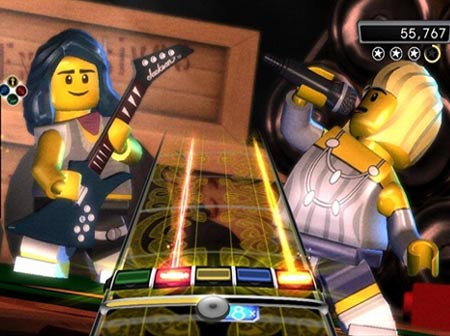 This foot-tapping title gives the term, ‘building a band,’ a whole new meaning. Music fans have seen the human avatars shake a leg and belt out songs on their instruments in the background screen of the original Rock Band franchise. Well, in keeping with the true spirit of this theme, these individuals will be replaced by minifigures who look equally impressive, well in a blocky sort of way. 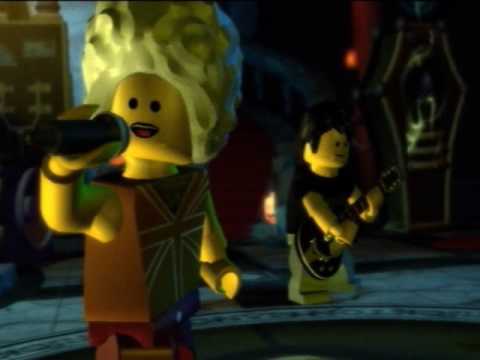 You along with friends and family members can set the virtual stage ablaze with hit tracks like Kung Fu Fighting by Carl Douglas, Crocodile Rock by Elton John and You Give Love a Bad Name by Bon Jovi. 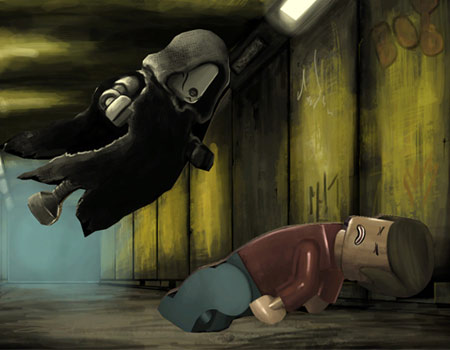 Now, we couldn’t forget about the boy who lived, right? Well, this contender in our roundup proffers 24 story events as well as new dueling skills, charms and spells for fans to master. What’s more, there are over 80 characters to unlock here. New challenges and magic await all those who dare venture into its confines.

You’ll also be able to explore places like Diagon Alley, Hogwarts, the Ministry of Magic Hogsmeade, Grimmauld Place and Privet Drive in Little Whinging. So pull out that virtual wand and prepare to say ‘Expecto Patronum.’

The construction toys, the colorful interlocking plastic bricks and delightfully-crafted mini-figures in any form, never fail to get us all nostalgic. The company in question has been around for more than 50 years and has given us dollops of fond memories. Coming to the virtual plane, there were some noteworthy mentions that captivated our fancy all those years ago like Island, Loco, Rock Raiders and Racers. All of these options listed here are fairly recent titles that have managed to grab quite a few eyeballs over the past years.

Now we know that fans of this franchise are eagerly waiting for the release of two specific titles namely, City Undercover and Marvel Super Heroes, which are due to unleash sometime this year. Well, while you patiently pass the time away, you can satisfy your ‘block appetite’ by feasting on the aforesaid best Lego games. Don’t forget to leave the names of your favorite ones in the box situated below.