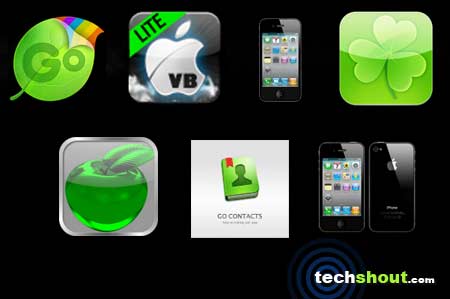 Our intention behind listing out the best iPhone themes for Android is to offer some refreshing options amidst the usual ones.Yes, the Android Market does stock up on themes that look like they’ve been plucked right out of the smartphone manufactured by a certain fruity giant. So if you’re a fan of Apple icons or simply bored with the same old Android ones, check out the list to see what other choices you have. 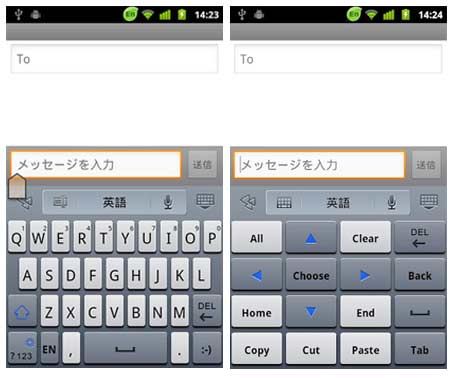 If you already have the latest version of the Go Keyboard installed in your phone, then this is one of the preferred applications that will portray the look of the Apple iPhone. And if you do not possess the Go Keyboard well, just download it from the Android Market, as the iPhone theme is not a standalone app and requires the parent application. It can directly be downloaded through the ‘display settings’ of the Go Keyboard and once done, it will appear in the themes tab. Apply the theme, say goodbye to your Android keypad and use the much hyped iPhone keyboard on your Google device. 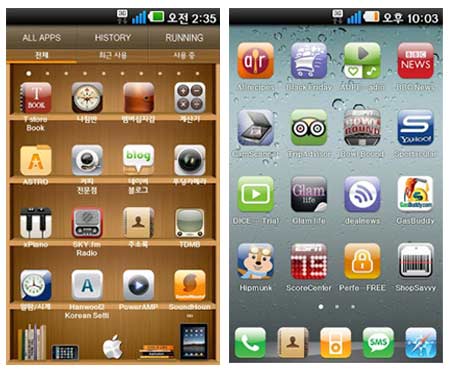 So you do not want only a keyboard but a full-fledged theme to transform your device to make it look like its apple counterpart? Then turn your attention towards the next application listed on our roster of iPhone themes for Android. This one requires you to install the Go Launcher Ex. The theme is said to change most of the built-in app icons of your phone to the ones used in the iPhone. And as the source of the application is linked to the icons, the theme applies to the app drawer as well.

And along with about 604 app icons, the theme offers multiple main and app drawer wallpapers to apply according to your preferences. Also, it lets you choose from amongst three components, namely basic, I-book and black themes. 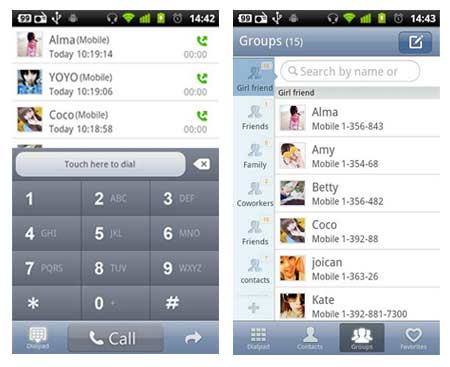 The next application in the Android Market that takes a leaf out of the iPhone’s book is the Go Contacts iPhone Theme. This again is not a standalone application, and thus needs to be downloaded only after you have installed the Go Contacts Ex on your Android handset. This one’s meant for you, if you want your contacts list to appear similar to that of the iPhone’s. And if you’ve treated your handset to the iPhone keyboard and the theme listed above, then this contacts theme will add the final touch ups to give you the experience of an iPhone-like interface. 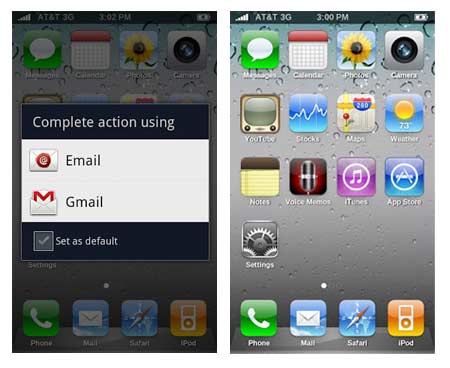 And if you want to completely do away with the ‘Android-ness’ of your phone and get the iPhone 4S feel, we have included the Fake iPhone 4S in our array of iPhone themes for Android. It not only lets you access the actual Android application from most of the displayed icons, but also replaces your phone’s status bar to give the impression that you are using the latest generation Apple smartphone.

Although the developer says that the software will let you trick your friends into believing that you are using an Apple iPhone 4S, we highly doubt the possibility as your phone’s exterior will decide to act as a spoilsport. But nevertheless, it’s a nice way to experience something other than the Android interface. 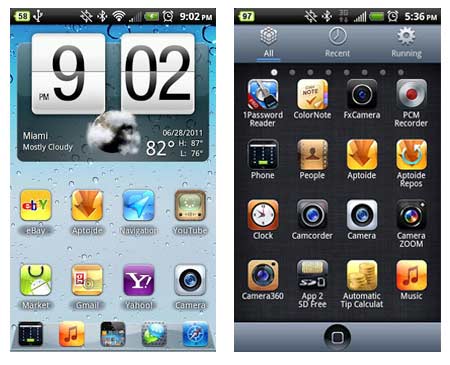 The Go Launcher Ex boasts of another application that lets you enjoy the iPhone experience on your Android handset. Featuring a number of customized icons, which is inspired by the Apple OS, basically aims at improving the GUI interface of your phone and replaces most of the application icons with their iOS counterparts. Even the tab bar, tab icon and buttons have been modified to look like those of the iPhone. While it features text shadows on the main screen, the background of the app drawer and folders are also replicas of the iOS 4. 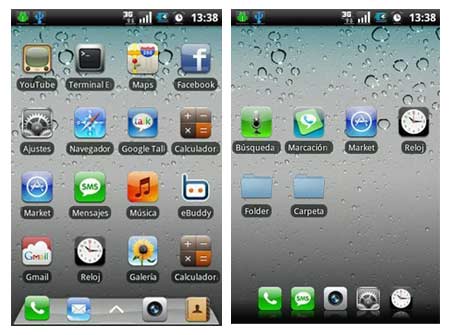 Moving onto the next one, the ADWTheme iPhone 4 HD is for all you Android customers out there who do not use the Go Launcher. This particular theme, as the name suggests, lets you trade in your current interface for that of the fourth generation iPhone. But similar to all the aforementioned Go apps, this application works only when the ADW launcher has been set up in your phone. 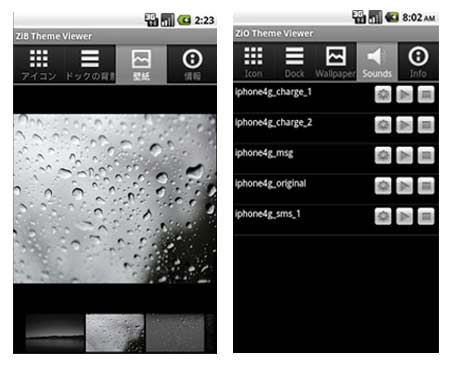 And the last app on our list of iPhone themes for Android is the VB Theme Lite, meant for ADW launcher users. The application’s theme will show up on your device only after you have loaded your phone with the ADW launcher. Along with the handset’s display, this software changes the icons and background as well as the sound effects to match that of the iOS smartphone. And if you wish to access additional wallpapers, backgrounds and more, the pro version of the app offers all that and more.

Having gone through our roster of the best iPhone themes for Android, which options would you choose to replace the Android themes and icons in your handset? Do share your views with us in the comment box below.