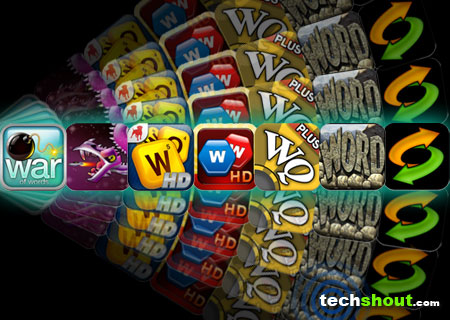 Get ready to dabble in the best iPad word games out there. The various software options we’ve lined up for you will surely scramble your brains and splatter your mind all over the handy Apple slate. So get ready to crack those knuckles and think on the fly as the tricky titles mentioned here will keep you entertained for hours on end. If good old favorites like Jumble, Hangman and crosswords got you all excited then these gems will definitely have you coming back for more helpings of the alphabet soup. 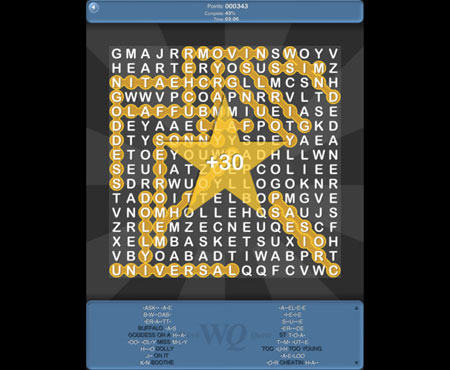 There are plenty of word search games strewn across the virtual plain that don’t pose much of a challenge at all. Players merely have to look out for a word that’s hidden among a sea of letters. Although this might be fun for a while, it does tend to get a little dreary at times. So if you’re looking for something more, then we suggest you download Word Quest Plus. Putting a new twist on a classic game, this app features a few new modes such as Classic, Action, Shift and Rush. The latter 2 involve a scrolling board and timed play, respectively while the Action mode has both. You can also tweak the complexity of the games according to your desire. So go ahead and push the boundaries as you progress. 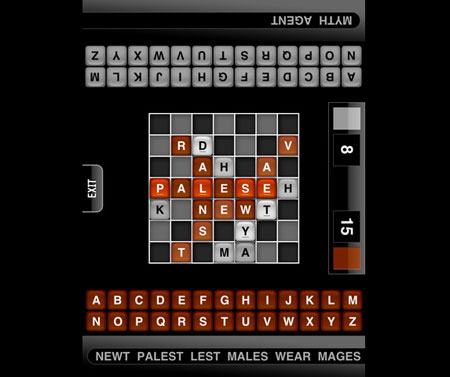 Our iPad word games list also features an original new strategic title that’s dubbed Switchword HD. It incorporates an amalgamation of word knowledge, strategy and puzzles. The goal here is to create words and capture your opponent’s squares while safeguarding your own. Also christened as the chess of word games, this title features 26 computer players, each possessing varied skill and vocabulary levels. And if you want to compete against a friend or sibling, you can avail of the two-player mode that comes complete with a rotating board so that both gamers can battle it out on a single iPad itself. 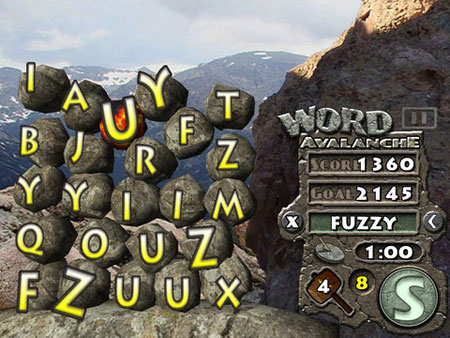 Beware, you’re about to be buried under a virtual avalanche of vowels and consonants. The only way you’ll get out alive is by relying on your spellings. In Word Avalanche, you must form words and break the rubble before it blocks all your escape routes. The molten boulders that fall your way can be used to create larger crevasses. Here’s where strategy meets physics. You can anger the mountain and conquer each level by clearing it successfully before the second wave arrives. So how many points can you manage to rake in from the boulders that are ricocheting off each other? 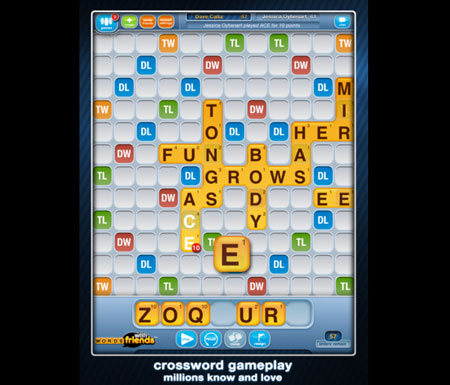 Words With Friends HD is noted to be one of the most popular games among iOS-powered device owners. And with good reason. It forays onto the scene packed with familiar gameplay elements as well as other interesting attributes that would surely get a nod of approval from social butterflies.

It employs a turn-based design which allows you to play up to 20 games at one go with either pals or random opponents. This entrant in our iPad word games array also enables you to hop onto Facebook and look for others who share your wonder for words. 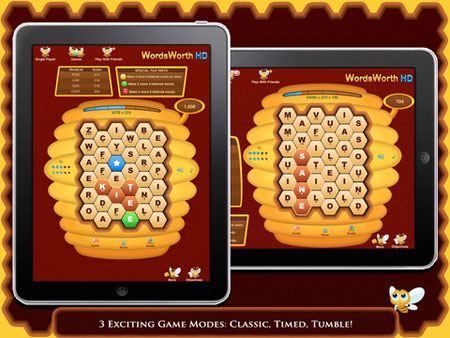 The makers of WordsWorth HD calls all slab owners to experience the power of words. Players can enjoy stunning HD graphics via the tablet’s large touchscreen. The aim of the title is to link the alphabets and create words on a honeycomb structure.

You can take advantage of various modes like Classic, Timed and Tumble. Other attributes included here read as 4 types of grids, special tile hints and a unique rating system. You can either go in solo or play with your pals. 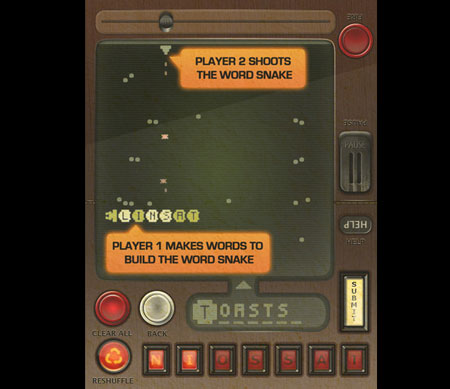 A title with retro elements finds its way into our iPad word games roster. Super Cosmic Word Snake is a blast from the past which allows friends and family to compete against each other on one single Apple tablet. However, each side plays a different game. While the first player indulges in a word title by forming letters to create a huge snake, the second one goes out with all guns blazing in a spaceship to try and break the word serpent.

According to the maker, ‘this is the classic arcade machine that never was.’ Well, it’s now a reality and the engaging graphics will surely have you reminiscing about the days of yore. 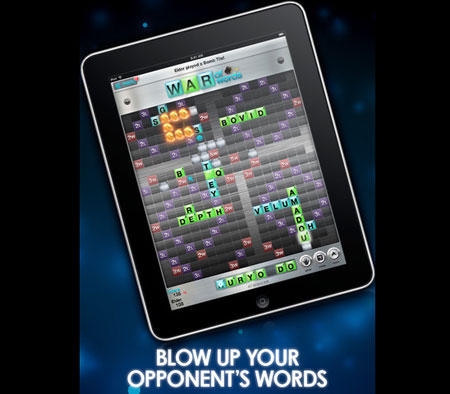 Looked upon as the crossword game with bombs, War of Words Free kicks off with familiar turn-based word spelling gameplay and then bombards the board with special Action Tiles. You can now act a bit fiendish by blowing up your opponent’s words and even steal a few for your own. There are various unique tiles up for grabs here like Bomb, Thief, Reverse, Start Over, Extra Turn, Land Mine, Multiplier, Shield and Barricade. You can try your hand at various board layouts and even play online with up to 30 friends. A Pass and Play feature is also infused into the game for local one-on-one action.

Now with the best iPad word games stored in your Apple device, you needn’t wait for the morning paper just to satisfy your daily dose of wordplay. Pick from any of the aforementioned options and you’ll never again be at a loss for words. Do let us know which ones caught your fancy by dropping a comment or two in the box below.