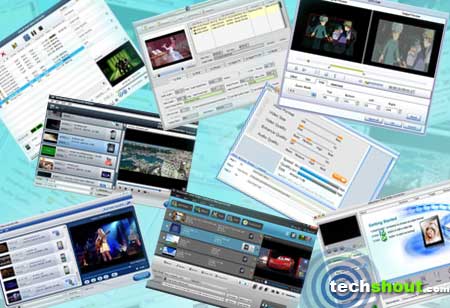 Our lineup of the best iPad video converters is here to put all your video-watching woes to an end. While the Apple tablet offers a fairly large and high resolution Retina display for enjoying videos on the move, you need to convert codecs of certain videos in order to view them on the huge 9.7-inch touchscreen. And to fulfill this particular requirement, we have scribbled down the details of some software preferred by many. So take a look at the list, choose a tool for yourself and enjoy all movies without interruptions on your beloved slate. 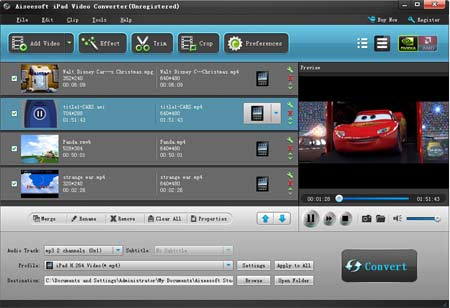 The Aiseesoft converter claims to be capable of converting almost all popular video formats to a codec that is supported by the Apple slate. It highly cuts back on the time required when converting to multiple formats as all you need to do is put in the same source file and simply change the output codec. In case of movies that have multiple audio tracks and subtitles, this tool allows you to select the preferred one for your output. You can even edit videos, adjust various parameters and determine settings such as brightness, contrast, hue, saturation or volume. Besides the iPad, you can convert videos using this software for compatibility with the iPhone, iPod and Apple TV. It is available for Mac as well as Windows computer systems. 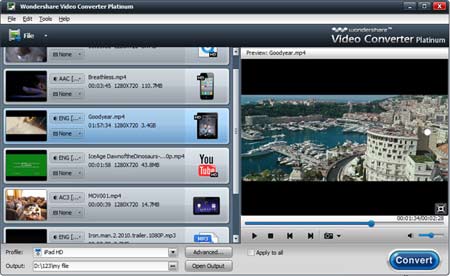 Wondershare’s Platinum software has been listed in our queue of iPad video converters because of its ability to convert videos among most formats. Apart from acquiring a video in a format that runs on the iPad, you can carry out a number of other operations using this tool. It enables you to download online clippings and even extract audio from videos as MP3, AAC, M4A, WMA and more. Besides compatibility with the new iPad and other Apple devices, this software can also be used to make movies which can be played on other gadgets like gaming consoles, Windows Phone devices and Android smartphones amongst others. It is available for Windows XP, Vista and 7 or for Mac computers running OS X 10.5, 10.6, 10.7 and 10.8. 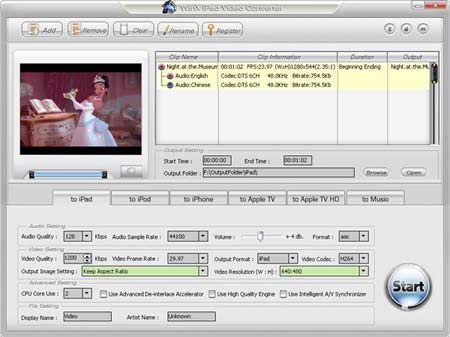 WinX can be employed for the purpose of converting regular as well as HD videos to formats that are compatible with all iPads. You can even choose to convert AVCHD, MOD, TOD, MTS and M2TS videos recorded using camcorders to view them on the high definition Retina display. And if that’s not enough, it permits you to convert Blu-ray movies and lets you save audio or video parameters according to your preferences.

Additionally, you have the option to make use of the numerous preset profiles to ensure acquiring the kind of quality you seek. Meant for Windows, its system requirements include a 1GHz Intel or AMD processor, 256MB RAM and 100MB of free space. 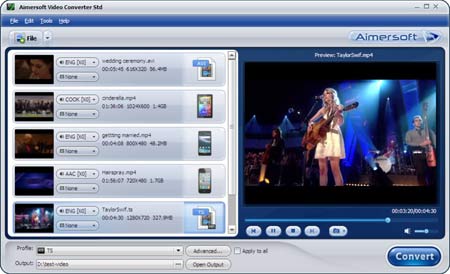 This software on our array of iPad video converters can be used for changing codecs of a number of formats such as MPEG, FLV, ASF, WMV, AVI, 3GP, MPG, Xvid, MKV and many more. Apart from the device in question, it can be used for making videos compatible with portable gadgets like Android tablets, Apple TV, PSP, iPhone and iPod to name a few. It also comes in handy for the purpose of extracting audio in formats like MP3, WAV, WMA, AAC, OGG or AC3. And like a few other software mentioned above, it helps you with editing videos by trimming or cropping them too. It can be purchased for Windows as well as Mac OS X. 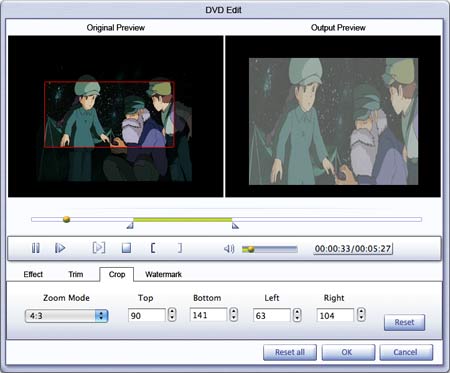 Emicsoft is available for both Windows and Mac computers to facilitate converting videos into formats that can run on the Apple tablet. Besides videos, it even works with numerous audio formats in order to make them compatible with the iPad. Its batch conversion function enables you to convert multiple files at once, so you do not have to do it individually. And that’s not all. You can do away with unwanted and time-consuming conversions as it lets you trim the video or merge multiple clippings and convert only what you really need. In addition to audio, it also lets you extract pictures in GIF, JPEG and BMP formats. 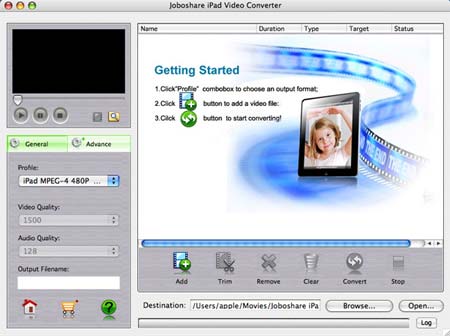 Whether you wish to watch videos or listen to music on the iPad, Joboshare has you covered as it can change formats of AVI, DivX, XviD, MPEG, WMV, FLV, RM, WMA, AC3, RMVB, ASF and numerous others. This one software can also be used to acquire videos that can run on most of the Apple iOS devices including the iPhone 4S. Settings like bit rate, frame rate, video size and others can be altered and you can even trim the length as well. This easy to use tool claims to convert at a super fast speed, thanks to batch conversion. It works on Windows or Mac PCs integrated with dual core as well as multi core processors. 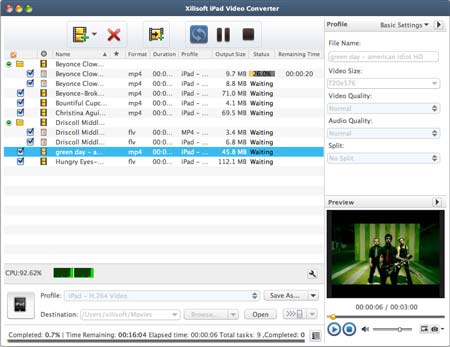 Taking our compilation of iPad video converters further is Xilisoft. It allows you to enjoy your entire movie and music collection on your slate while on the move. It can be used with HD movies, regular videos and popular audio formats. After you are done converting, the software also facilitates transferring the converted videos to the device. As some of the other aforementioned software, Xilisoft features the ability to extract segments of the clip, capture images and obtain one file in various codecs. 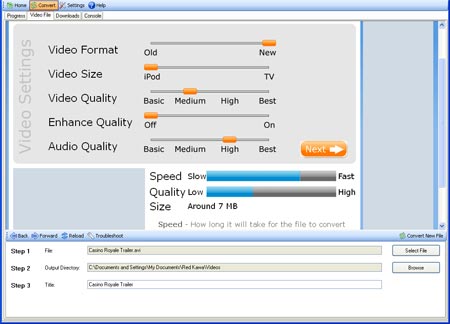 And if you are not willing to pay for a software meant to convert videos to play on your iPad, we have an option that fits the bill. Videora assists you with converting YouTube clips, DVDs and video files of codecs like AVI, Xvid, DivX, MPEG and FLV to name a few.

Besides the iPad, the freeware can change formats to those which play on other iOS devices like the iPhone and the iPad. This tool’s versions for Mac as well as Windows are available.

Hopefully, you’ll never be in a fix, if you decide to download one of the tools mentioned on our catalog of the best iPad video converters. You can have a look at these free video converters, which may also prove to be of help. And let us tell you, that your options are not limited to these software applications, a number of online websites like OnlineConvert.com, zamzar.com, movavi.com and more can serve the purpose as well. Do tell us which one you liked the most.

How To Make Terracotta In Minecraft | Ultimate Guide

7 Best Tablets in India Below 10K