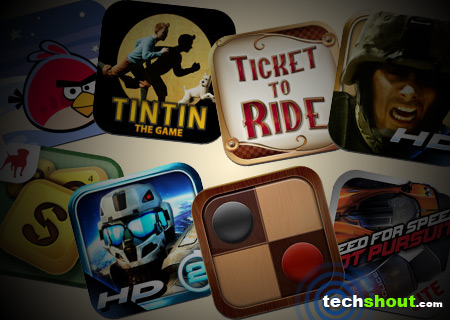 If you are the proud owner of an Apple slate, it would be quite hard to believe that you haven’t come across the titles present in our best iPad games 2012 list. And just so you can indulge in some harmless gaming while riding on the subway, we have jotted down a diverse array that should interest most of our readers. And no, you do not have to be an exceptional gamer to play any of these offerings. Find out what the Apple App Store has in the offing for you this time around. 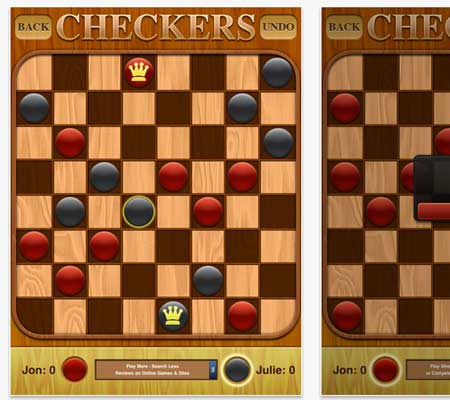 After proving its worth on the iPhone, the Checkers HD application was released for the iPad. This free application supports 1-player as well 2-player gameplay, allowing you to challenge your friends to a game of checkers. The title is complete with discrete graphics and sound effects and it utilizes the Al engine by Martin Fierz. Besides configuring player names, users can also tweak the difficulty level for the single player mode. Featuring the undo button, it automatically saves the game if you exit the app or answer a phone call while in the middle of the game. And needless to say, the application will even track your scores. 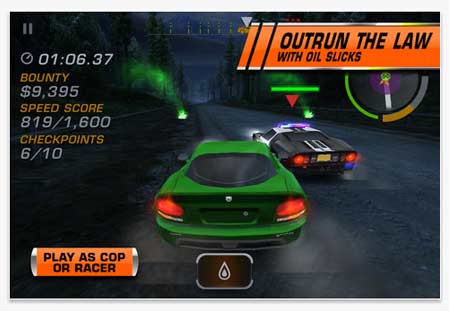 Next up in our lineup of the best iPad games 2012 is Need For Speed Hot Pursuit Lite. Not many will deny that the Need For Speed title is one of the most enjoyable racing games and much to the delight of all iPad owners, it is available on the Apple App Store. This free of charge application is meant to give you a hang of the game, and once you’re well versed with the maneuvers, you can progress to the paid version and enjoy a full-fledged pursuit to build a racing career. It has as many as 48 cops and racer events and if gaming by yourself is not your scene, just get your friends to play along via Bluetooth or Wi-Fi connections. The title is further packed with bright graphics and awesome cars. 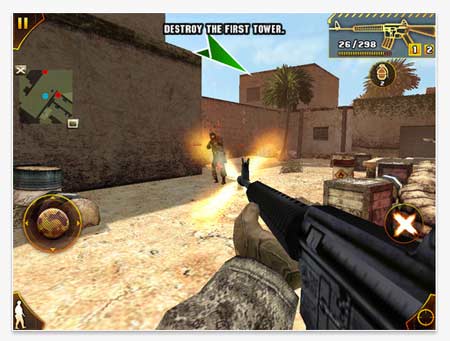 If you are looking for a hardcore title to pacify the gamer in you when you cannot find enough time to enjoy a session on your console, then Modern Combat: Sandstorm HD is what you should consider downloading. The action-thriller first person shooter game takes full advantage of the iPad graphics as well as its gesture controls such as switching views by pinching the screen or sliding two fingers in order to throw grenades on your enemy. Besides allowing up to 4 people to play together, this application can also be enjoyed over the internet with gamers around the world through Gameloft Live. 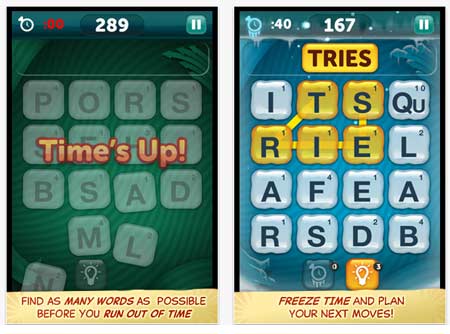 So racing and FPS games don’t really excite you. Well, then here we are with a word title on our list of iPad games 2012. Released earlier this month, it is one of the newest games on the App Store for the Apple slate. Seeming to display an improved version of the Word Scramble game, it is a fast and fun way of finding words from a jumbled grid. Apt for both editions of the iPad, this game is extremely intuitive and lets you find words by simply sliding your fingers in all directions, in whatever manner. This game lets you play against opponents around the world or with friends through your Facebook account. 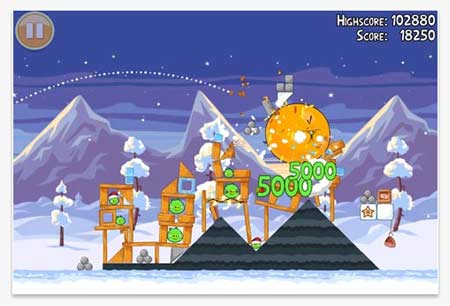 How can we even think of leaving these adorable birds behind when scribbling down a list of iPad games 2012? After garnering praises for Angry Birds and its Rio version, Rovio had introduced Angry Birds Seasons that lets you enjoy various festivals while you take on those evil green pigs. This physics based game requires you to put in your best efforts for solving the puzzle of exactly how to kill all those green creatures.

6 – The Adventures Of Tintin: The Secret Of The Unicorn: 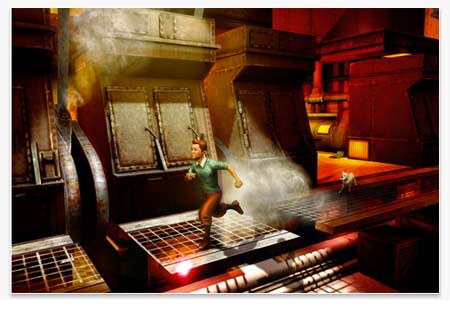 Without any doubt, we believe that Tintin has been the favorite comic character of many people out there. All those who were not, might have turned into one after watching the recent Tintin movie. And if you wish to go through the awesome adventures to uncover the Secret of the Unicorn, the game is just a touch away. Created with 3D graphics, it claims to recreate the movie’s experience. So launch the escapade and indulge in some adventurous outings with Tintin and his friends to unravel the mystery. 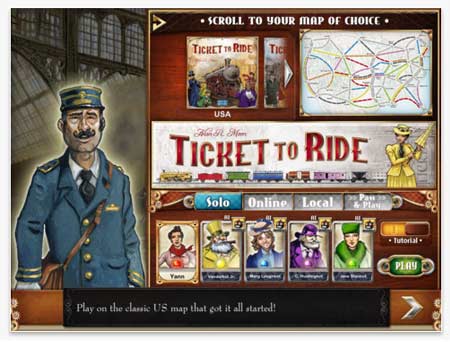 Ticket To Ride, one of the most popular board games, has arrived on the Apple App Store to let you relive those memories of playing it as a child. This extremely simple train game should not take more than take 3 minutes to learn. Unlike most others, you will not require more than one iPad to enjoy the multiplayer aspect of this game. Its Pass-and-Play feature lets five users enjoy it on a single slate. And well, that does not mean you cannot play it with other opponents over the internet. It can also be enjoyed with other iPad players as well as Mac and PC gamers through its online support. 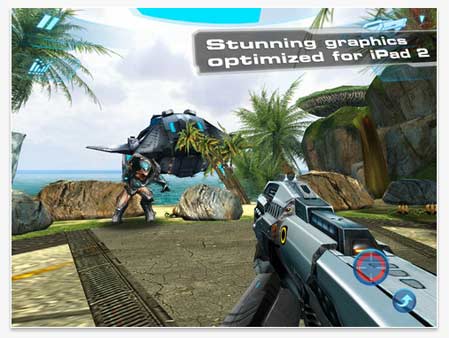 And if the Modern Combat offering was not enough, we present to you the sci-fi FPS, N.O.V.A. 2, that promises to take gaming on the iPad to a whole new level. From new enemies to a wider range of weapons and powers to master, the second version of the game lets you enjoy it with as many as 10 players in 10 multiplayer maps. Built with discrete graphics, the title will allow you to explore new places while your career shows up on the multiplayer leader-board.

So here’s ending our best iPad games 2012 roster that should be a sure-shot cure to boredom. Drop in a line to let us know how far you reached in the game you chose to download after running through our list.