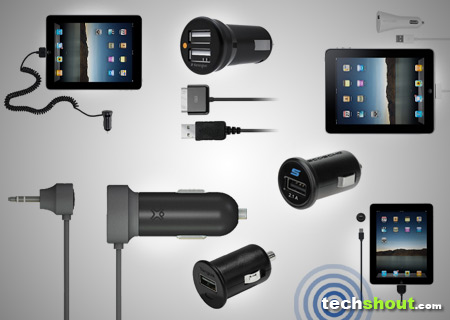 Here we have compiled our list of the best iPad car charger for motorists. It is fair enough to say that there’s no dearth of accessories as far as the Apple iPad is concerned, but really, how easy is it to lay hands on an impressive iPad car charger? We for one are of the opinion that this is one terrain yet to get its share of interesting additions, at least alluring enough for even the odd iPad user to say ‘Just what I needed!’. With Apple not caring enough to release one of their own, we’ve scanned high and low, to put together a best iPad car charger list. 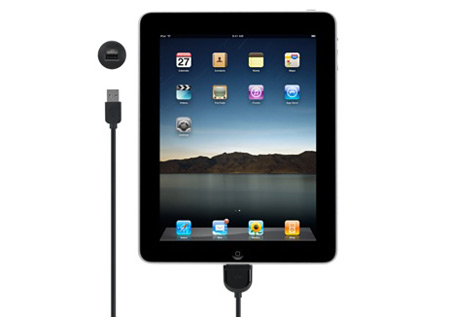 iPad users on the lookout for a low-profile car charger that does the needful minus any frills and fancies can brace themselves for the Belkin MicroCharge 2.1 + ChargeSync. Accomodating itself neatly in the dashboard, the charger brings with it the added perk of juicing up a laptop too, thanks to its 3-foot ChargeSync cable. The micro rapid-charge device offers a 2.1A output. It’s priced at $24.95 and can be picked through the Apple Store. 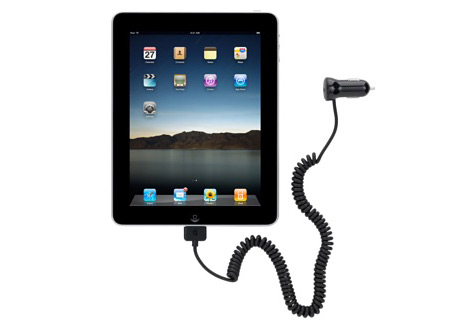 A tightly integrated single-piece cable design gives the Griffin PowerJolt SE car charger, makes us want to give it a ‘very travel friendly’ tag. Coughing up an impressive 2.1A of output, the accessory can be used to charge effectively from a 12V cigarette lighter or accessory socket. There’s also an LED power indicator while the built-in circuit protection helps keep power at safe levels. The PowerJolt SE is up for grabs at around $24.95 via the Apple Store. 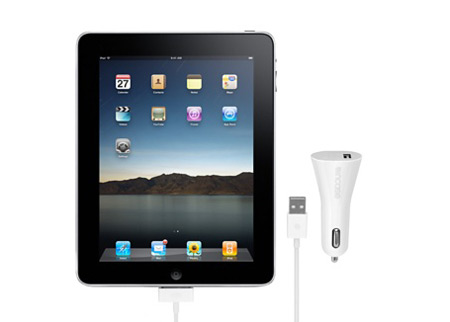 For those who hit up the road more often than they’d like to, the Incase car charger will surely come handy. It claims to offer the quickest possible charge from USB port and is also DC compatible with 12V power supplies. Sporting an LED charging indicator, this car charger includes a 2A cable in the box as well. What’s more, the charger bears a lightweight profile, making it a great accompaniment on outdoor trips. Available in black and white colors, the Apple Store sells the car charger for $24.95. 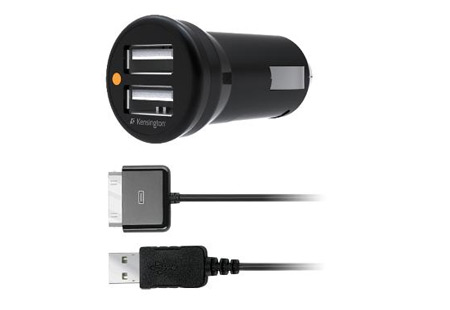 There’s more to why we’re calling the Kensington PowerBolt Duo car charger one of the choicest iPad car charger there is around. For starters, it sticks to its name, and lets you charge a couple of devices simultaneously right within your car. While the 2.1A port suffices iPad charging needs, the lower-end 1A port supports other mobile devices including the iPhone and iPod. The accessory is compatible to an array of vehicle power ports, and has been fitted by a detachable 30 pin USB cable. A power indicator light onboard let’s you know the attached device is charging indeed. Amazon has the device listed for a mere $19.99. 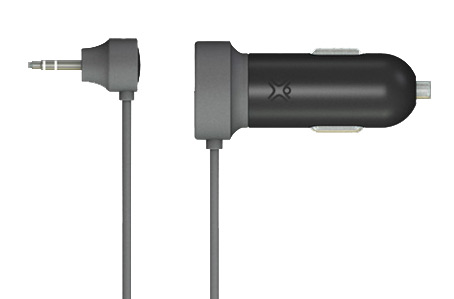 A 10W handsfree phone, wireless audio and car charger is what XtremeMac’s calling the InCharge Auto BT, and we’re taking their word for it. With the lightweight charger, users get 10W of power for a quick juice up of their iPad while on the road. Sporting a one-touch multi-function button, users can satiate their multimedia needs with this accessory too. The charger fits 12V accessory outlets, and incorporates a self-resetting fuse to safeguard the device. It’s priced at a hefty $79.99 though. 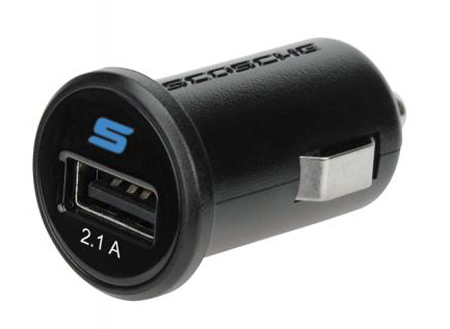 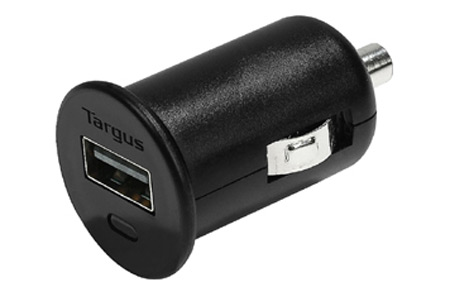 The Targus Mobile charger for iPad is perfectly suited for avid car travelers. The accessory is a DC auto charger that powers up the iPad via the car’s 12V outlet. Its compact fabrication ensures it occupies minimum space, and you can have it work fine with other USB-chargeable devices too. Hop over to Amazon to pick this one up for as less as $19.68.

If you’re among the handful that would rather go for quality instead of pitiable alternatives, we’re hoping the selection of devices in our iPad car charger list above have been helpful. Do post in your comments to let us know about your favorites too.