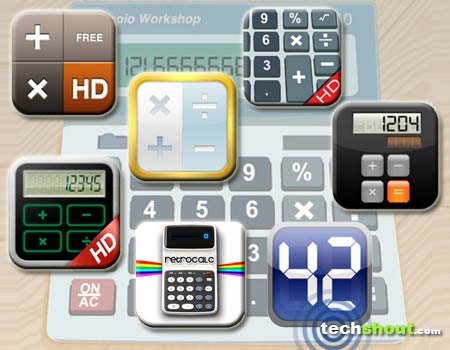 The best iPad calculator apps help you crunch numbers while on the go. You can add, subtract, divide and multiply your desired digits anywhere, anytime. The Apple tablet is blessed with a bright touchscreen that makes calculating all the more interactive and fun. With these entrants, traditional calculators seem to have become quite obsolete. Slate owners can now solve all their math-related problems via their trusted iPad itself. No need to run around looking for one of those old fashioned, solar-powered calculators. 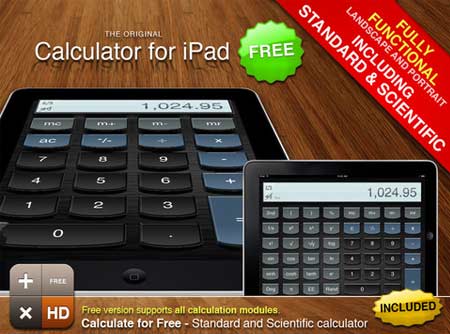 The Calculator for iPad Free is noted to be a combination of a normal as well as a scientific calculator. And as the name suggests, you can acquire the same, absolutely free of cost. While the advanced buttons are laid out clearly when the device is held in the landscape mode, the basic calculation knobs surface in portrait view. Whether you want to calculate radials and degrees or just perform simple sums, this application is just what the doctor ordered. Coming to the overall appearance, there are 7 skin designs and themes to avail of namely, Standard, Retro Grey, Pink Keyboard, Wooden, Silver Keyboard, Sticky Notes and Happy Pink. And unlike other calculators, if you find the button sounds annoying while punching in numbers simply hit the mute option. 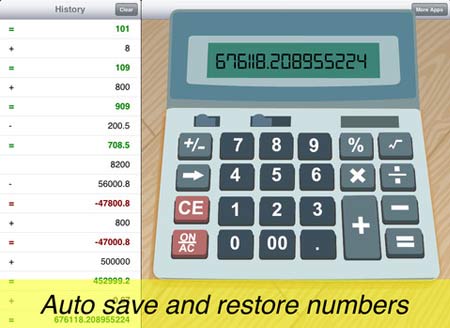 Specially fashioned to exploit the Apple tablet, the iCalculator HD portrays a familiar calculator interface. This application enters our iPad calculator apps list with loads of goodies for math mania enthusiasts. For one, the M+, M-, MRC buttons have been substituted with an array of previous entries, which makes tracking history a breeze. You can even use a previously entered number into your current calculation amalgamation. Missing your Casio or Texas Instruments calculating machine? Well, this app enables you to enter your own customized brand and model number above the rectangular screen. While Calculator for iPad Free allowed you to mute the button sounds, the iCalculator HD adds the audio option for key presses. 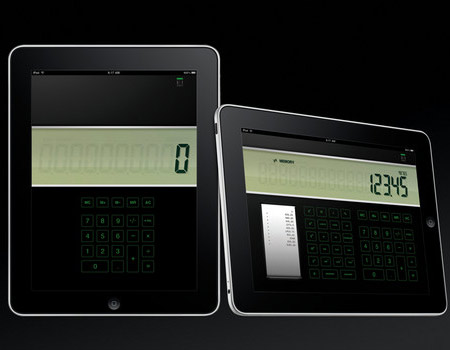 For just under $2, you’ll receive a simple and stylish calculator which is created specifically for the Apple iPad. Taking advantage of the large tablet screen, the software endows owners with green numerals and signs, a backlit keypad and a digital display. Like the Calculator for iPad Free app, this one includes basic and scientific modes as well as Trigonometric functions in radians and degrees. Also infused into the application are the calculation history tape and memory functions complete with number display. This makes it easier to view the previously punched numbers. The figures appear onscreen in a clean and clear manner which eliminates the need for unnecessary squinting. 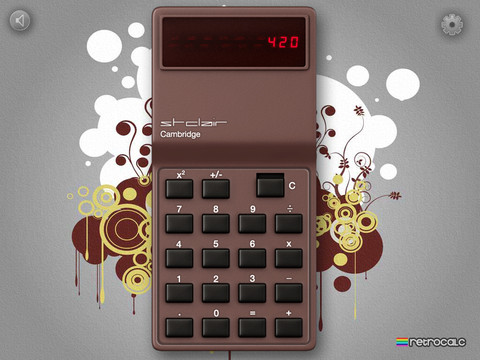 Prepare to receive a blast from the past as RetroCalc makes its appearance in our iPad calculator apps lineup. There are 15 calculators and backgrounds to choose from. According to the maker, all of the HD virtual machines have been crafted in realistic 3D imagery and take inspiration from their vintage counterparts. Compatible with portrait and landscape modes, the software claims to offer decent audiovisual feedback for all buttons. And besides just looking pretty, it accurately performs numerical calculations and includes 17 digit scientific-notation, true order-of-operations, memory functions and alternate audio-feedback sounds. 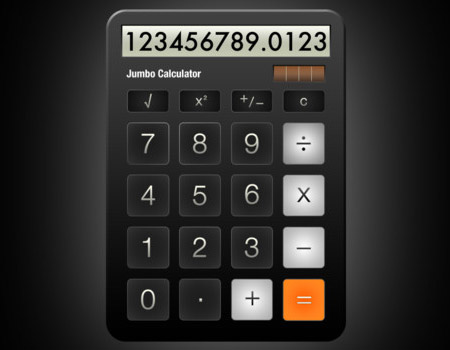 With the Jumbo Calculator app sitting in your slab, all the numbers, mathematical signs and display appear larger than life. With the knobs neatly spaced out, the question of whether you’ve hit the wrong number by mistake doesn’t even arise. The whole gigantic setup comes complete with plastic buttons and a solar panel which are often seen used in traditional calculators. 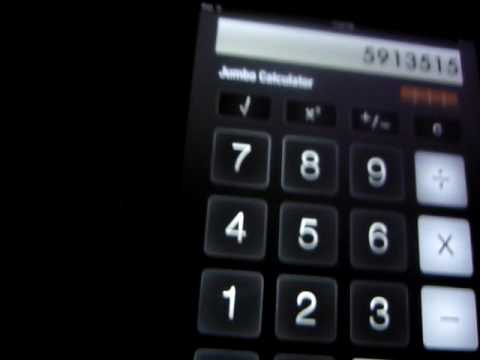 Besides adding, subtracting, dividing and multiplying, it also conducts squaring and square-rooting. And as the developer of the Jumbo Calculator reveals, ‘One size fits all.’ 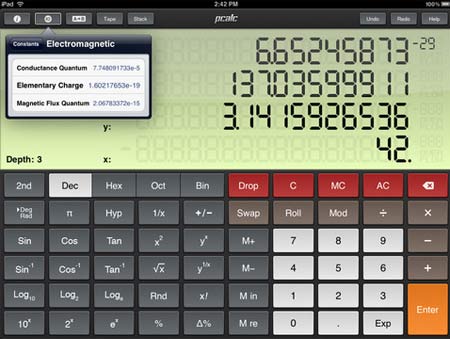 The PCalc RPN Calculator application is the most expensive one in our iPad calculator apps roster. Looked upon as a feature rich calculator, this problem-solver comes with an optional RPN mode and multi-line display as well as other interesting attributes. Some of these include multiple undo and redo, a paper tape and a wide array of unit conversions. It also features scientific and engineering notations along with support for octal, hexadecimal and binary calculations. Furthermore, there’s an indicator that shows whether the calculator is in scientific, normal or engineering mode. To toggle between them, simply give the indicator a gentle tap. This application is an ideal companion for programmers, engineers, scientists and students owning an iPad. 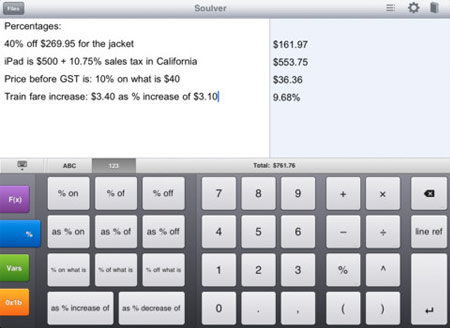 The Soulver for iPad application is a little different from your average calculator apps on iTunes as its in-built calculator is part of a virtual page. The numbers are penned down on the notepad situated to the left of the screen and the results for the same will appear instantly on the right. Here’s where number and words merge into one neat app to provide you with an enhanced calculating experience. This delight certainly comes in handy while shopping as you can fathom discounts, sale prices and totals with just a press of a few buttons. It’s also a nifty tool for figuring out profit margins and keeping a track of daily expenses, traveling and budgeting. You can also do conversions with different currencies as well as save and sync your important documents to the iPhone version of the app and your Mac via Dropbox.

From the abacus to the iPad, calculating apparatuses have certainly come a long way. We have scoured the Apple App Store and brought forth the best iPad calculator apps right at your fingertips. Do drop in your comments about which ones appealed to you. And even if you have a few of your own suggestions, do let us know.