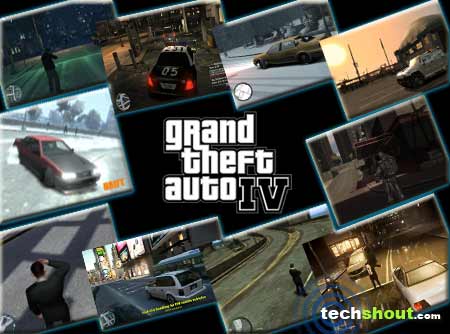 The 10 best GTA 4 mods spread out before you make the game in question even more interesting by adding a few new surprises. The open world action-adventure game Grand Theft Auto IV hit the PS3 and Xbox 360 consoles in April 2008. However, the PC version of the same released much later that year. Published and developed by Rockstar Games, the title and all its scenarios that play out within the confines of the game take place in a fictional place called Liberty City while the storyline here follows the escapades of protagonist, Niko Bellic. 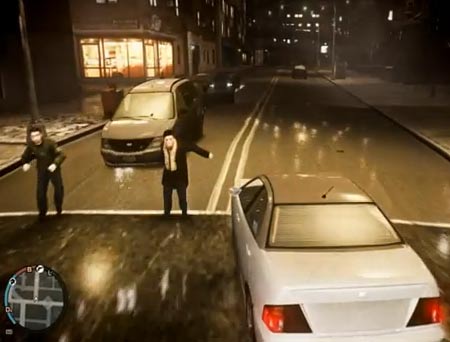 Even Liberty City isn’t safe from the likes of the undead menace. In the Zombie Apocalypse mod, Niko comes face to face with horrific zombies who drag their way across the streets of the city looking for fresh meat. 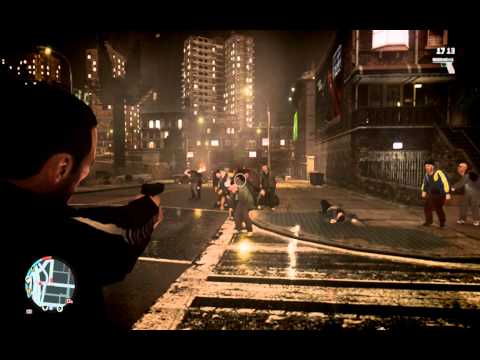 Only a handful of survivors remain four weeks after a mysterious virus grips the America. Will you be able to survive the relentless attacks by the gruesome ghouls? 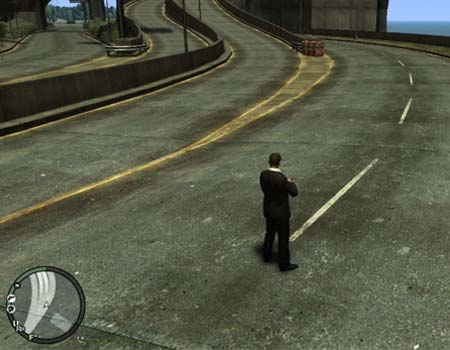 Have you ever wanted to drive around a more realistic Liberty City? Well, now you’ll be able to do just that with the Better City Textures mod. This entrant in our GTA 4 mods roster gives all the roads, grounds and even some wall textures an overhaul. 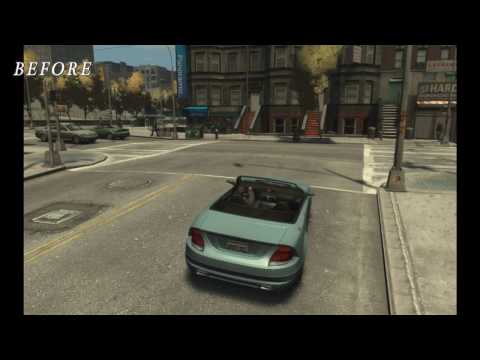 The software puts a more realistic spin on these pathways, lawns and walls. And according to the maker of this software option, Better City Textures is quite large, at around 7GB. 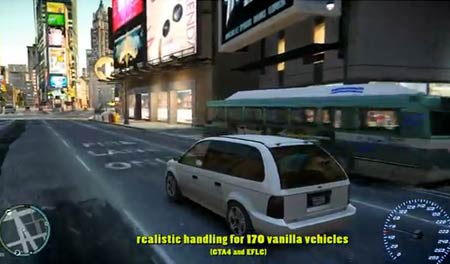 Speaking of achieving a more authentic experience while zooming around the confines of GTA 4, here’s another mod that seeks to breathe life into the in-game components. The Realistic Driving & Flying mod offers more realistic handling for all vehicles and increased deformation on impact as well as reworked suspension and traction. 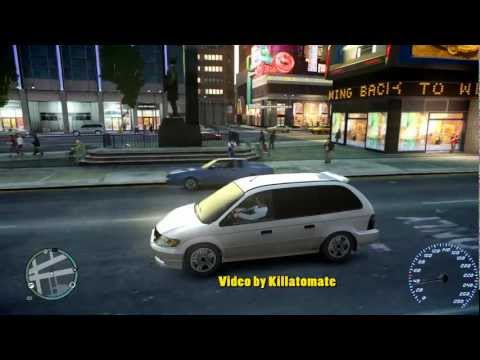 What’s more, the performance of each vehicle has been altered to stay true to their real world counterparts. Additional features include more realistic helicopters, bikes, acceleration, brake strength and flip overs. Realistic air-bags have also been infused into all the vehicles. 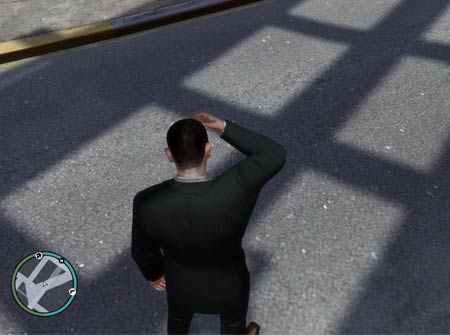 Ultimate Graphics Tweak is a modification that helps you achieve better post processing effects such as Depth of Field and Motion Blur. It also endows GTA 4 with a clean and sharp look by smoothening out dotted shadows and jagged edges.

The developer has further split the mod into various possible combinations of particular effects for gamers with different requirements. 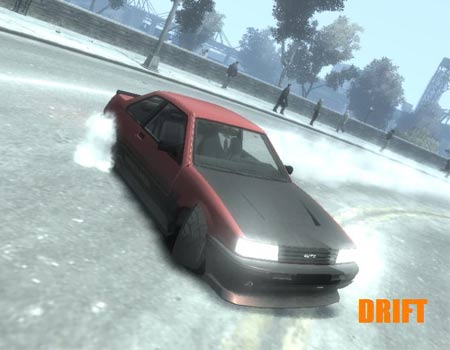 The GTA IV Drift Mod slides next into our GTA 4 mods array. By employing this particular software option, you’ll be able to easily drift across the mean streets without altering your handling.dat.file.

In other words, your vehicles-handling characteristics won’t be affected when you use any of your desired handling mods. And as the maker reveals, the cars become ‘driftable’ because of the change in the pavements traction values. 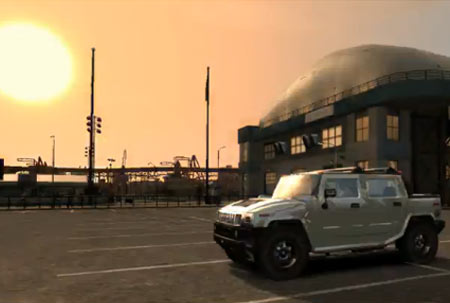 All you GTA fans who still crave for a more realistic approach can feast your eyes on the GTA Environment Mod. It boasts of new shadow calculation and sun reflections, true-to-life fog for drizzle and rain, gradient sky for sunny days, revamped water reflection and color as well as cloud texture and stipple texture.

Even the weather types have been tweaked for every hour in an attempt to acquire a more realistic environment. 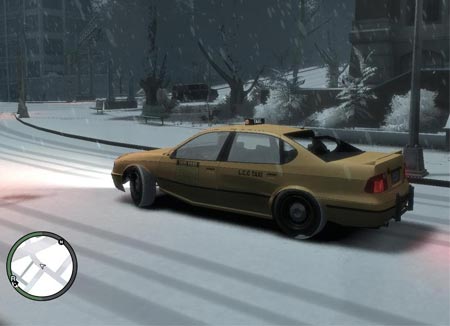 The GTA IV Snow Mod endows the dreary streets of Liberty City with a blanket of pure white snow. The developer calls on fans to come walk in a winter wonderland and experience what Dean Martin sings in his hit song, ‘Let it snow.’ 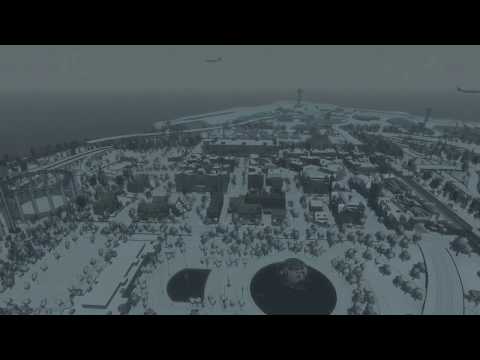 The wet and unpleasant rain is now turned into falling white snow which means, all the roads, rooftops, trees and parks will be covered with snow. And like in the real world, it will be harder to drive around the city as well. 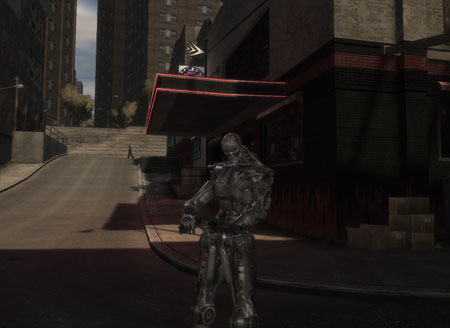 The Terminator said, ‘I’ll be back,’ and indeed he has returned as promised. Although this time, it’s not some blockbuster movie he’s starring in but a Grand Theft Auto IV mod of his own. 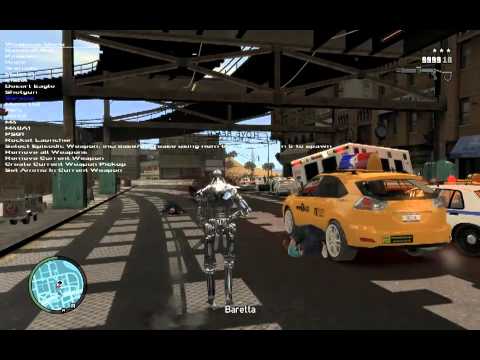 This interesting entrant in our GTA 4 mods lineup sees Niko Bellic’s character taking on the role of the fearsome Terminator and bidding his enemies adieu with the famous film catch phrase ‘Hasta la vista, baby’. 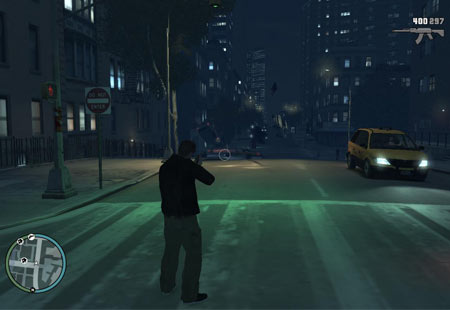 The Super Weapons mod replenishes you with more ammo and the use of simple weapons like the sniper, AK47 and uzi. Furthermore, weapons can’t harm you, so make the most out of this attribute.

The maker also goes on to state that this mod created by him is a great option for taking revenge on the long arm of the law, well only within the confines of the game of course. 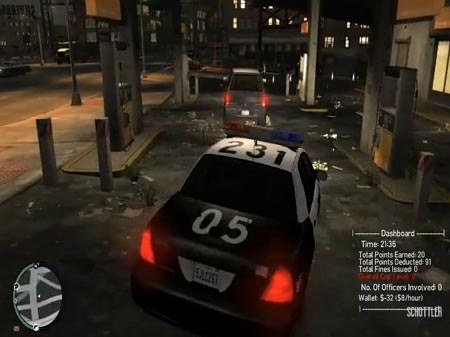 Just as the name suggests, the Police Pursuit Mod enables players to adorn the badge and step into the shoes of a police officer conducting adrenaline pumping hot pursuits. You’ll get the complete law enforcer feel that comes with the inclusion of full police officer uniform, police hat and firearms. You can now experience what it’s like to be a lawman or lawwoman on the show ‘Cops’ as you’ll even have the ability to call for police backup anytime you want. 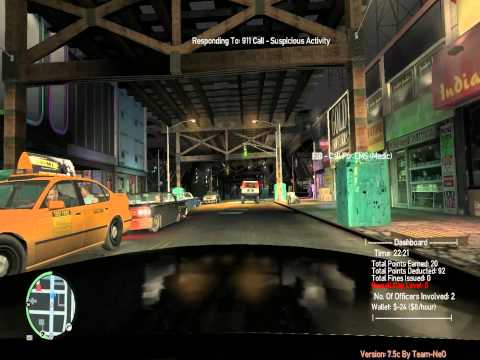 Enjoy challenging chases all over Liberty City as well as shootouts with local gangs. What’s interesting to know is that in-game police officers will refrain from attacking you as you are now on their side. Apprehend criminals that violate the law in any way, be it breaking a traffic light or stealing a vehicle.

From turning into a Terminator to riding around Liberty City that’s now a winter wonderland, our list of the best GTA 4 mods has all the ingredients to keep the game as fresh as ever. Fans of the Grand Theft Auto series will definitely want to get their hands on some of the interesting ones that caught their eye as well as give the others a try. And once that’s done, do tell us about the ones you liked and even mention some of the other mods that were given a miss here.