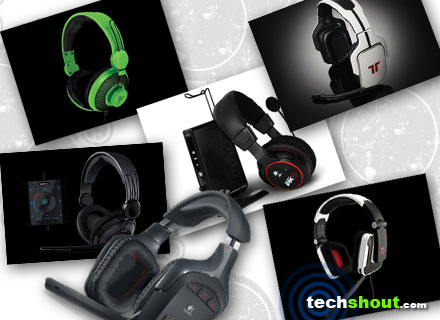 The best gaming headsets are here to give ardent players a select choice of peripherals when it comes down to audio. We have dug out 6 cool tools which should help you eliminate the enemy while enjoying each and every in-game detail. Be it the footsteps of a stealthy foe, a sinister rustling behind the bushes, or even your team mates’ commands. All this and more can be heard with utmost clarity. So take a peek at our lineup that includes gadgets from the likes of Razer, Logitech, Turtle Beach, Tritton and Thermaltake. 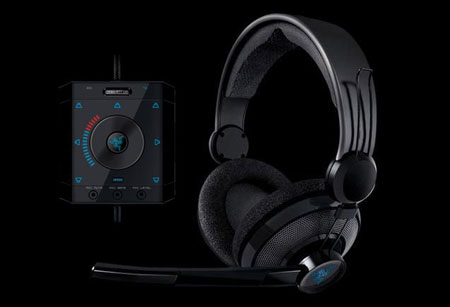 The Razer Magalodon steps in first, christened with a name that represents an extinct species of shark. With attributes to match, this 7.1 surround sound headset is fitted with next generation HRTF technologies and advanced DSP. It comes to the forefront with the Razer Maelstrom Audio engine compatibility. Thanks to this inclusion, the device can function as a quality stereo headset with deep thumping bass when the audio source lacks support for 7.1 or 5.1 surround sound. 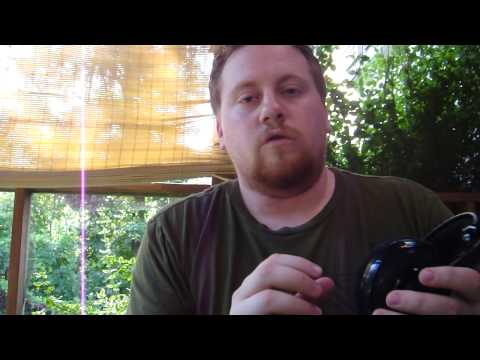 Apart from 40mm drivers with neodymium magnets, the frequency response and impedance of the gadget read as 20Hz – 20,000Hz and 32 Ohms at 1KHz, respectively. The noise filtering earphones also sport a unidirectional microphone with a frequency response of 50Hz – 16,000Hz. 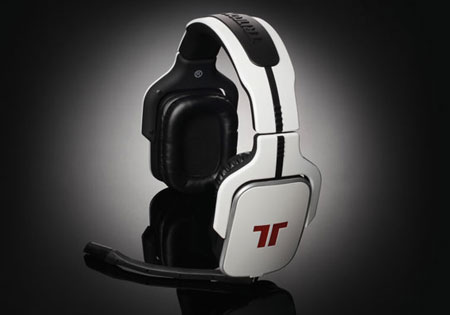 Just like the Razer Megalodon, the Tritton AX 720 is also noted to be a 7.1 surround sound headset. Touted to replicate the audio acquired via high-end home theater setups, you can expect to be encompassed by a 3D sound field while indulging in your favorite title. This entrant into our gaming headsets roster dishes out separate game and voice volume controls for adjusting the required field according to your desire. 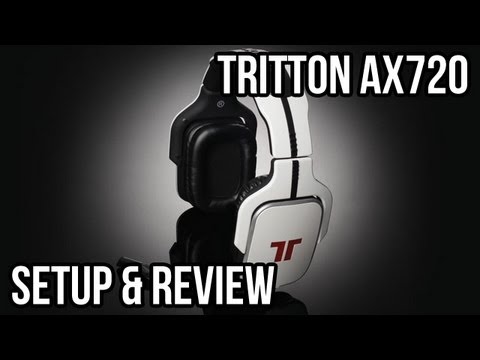 Besides providing a comfortable gaming experience thanks to the ergonomically designed offering, it also delivers deep bass and crisp highs. Compatible with the PS3 and Xbox 360 consoles, the Tritton AX 720 includes a frequency response of 25Hz – 22KHz. A 12-foot cable, digital decoder box with stand, removable microphone, in-line audio controller, digital audio adapter and USB cable are the other add-ons accompanying this gadget. 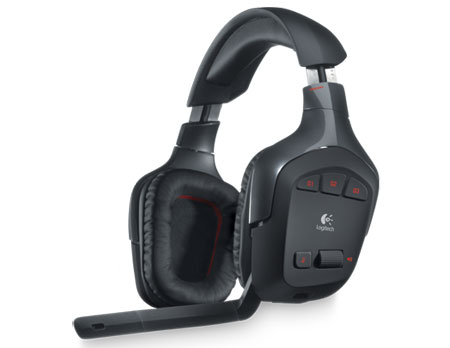 As the company reveals, the Logitech Wireless Gaming Headset G930 provides ‘a fast wireless connection that lets you level up without being tied down.’ Further backing this claim is its interesting specs such as frequency responses of 20Hz – 20KHz and 100Hz– 75KHz for the headphone and unidirectional microphone, respectively. Incorporating a laser-tuned, 40mm diameter driver with neodymium magnets, it offers you a lag-free 2.4GHz wireless connection which allows you to move up to 40 feet away from your PC. 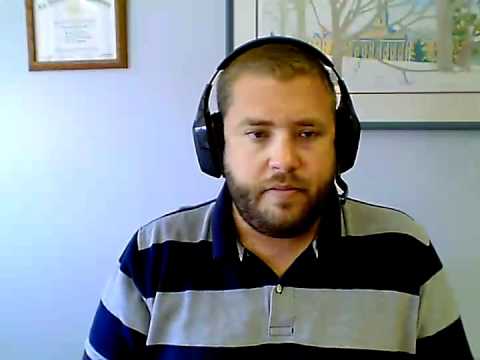 And like the aforesaid devices, the embedded 7.1 surround sound aspect lets players pick up every bit of sound, be it incoming fire, passing vehicles or loud explosions. Furthermore, they can also exploit a trio of programmable G-keys which allow them to tweak in-game elements like chat, music and voice morphing. Lastly, the battery delivers continuous playback time of up to 10 hours per charge. 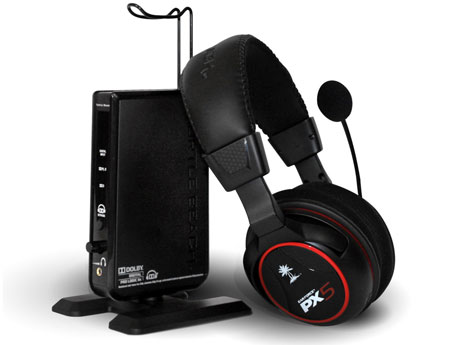 The EarForce PX5 skyrockets out of Turtle Beach’s barn and falls squarely into our list of gaming headsets. It ports along a programmable digital signal processor for independent customization of game, chat and microphone signals. As observed in the Tritton AX 720, this programmable wireless offering is also compatible with the PS3 and Xbox 360 systems. According to the company, the PX5 is noted to be the first headset to accommodate dual radios. While one caters to the Dolby Digital surround sound game audio aspect, the other enables players to chat on the PlayStation Network through Bluetooth. 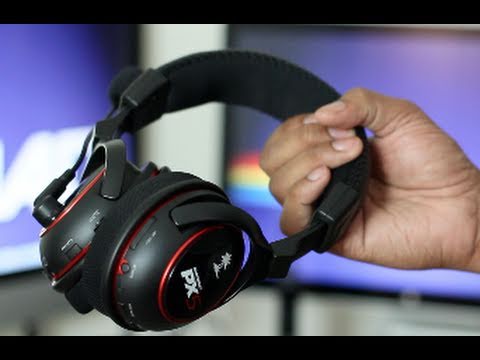 You can listen to music and even answer phone calls while beating the enemy to a pulp. Besides having so many features up its sleeve, the gadget provides a comfortable gaming experience as it comprises of large fabric cushions, a twist cup design and a soft headband. Additional specs include a frequency response of 20Hz – 20KHz and 50mm diameter speakers with neodymium magnets. 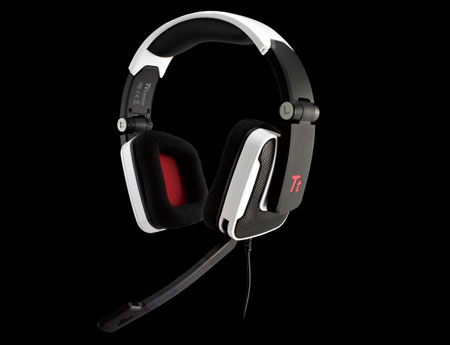 Well, the inclusion of the Thermaltake eSports Shock to our roster isn’t such a shocker as it brings to the gaming table various innovative attributes such as stereo surround sound, quality speaker driver, a control box, 10 levels of adjustable options and a gold-plated 3.5mm connector. The frequency response of the headphone and microphone read as 20Hz – 20KHz and 100 – 10KHz, respectively. 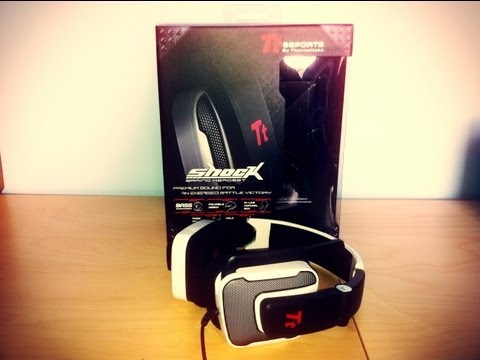 The Thermaltake eSports Shock can be flaunted in two color choices namely, diamond black and shining white. Porting the headset around shouldn’t be a problem as it incorporates an easy-to-store foldable design. This device complements the Thermaltake eSports Challenger Pro keyboard which featured in our best gaming keyboards array. 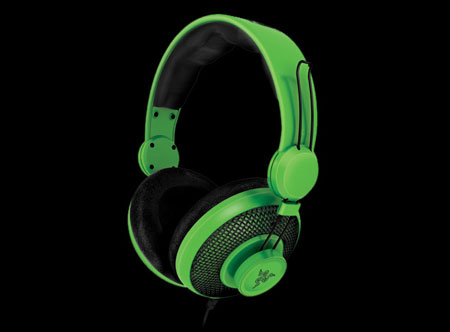 As far as Razer is concerned, you just know that your product will be endowed with much more than just mere hardware components. The company goes that extra mile to bring in a little something which offers owners both, style and practicality. And to explain what we mean, we have included the Razer Orca in our list of gaming headsets. This pocket-friendly device is tagged with the line, ‘Sound never looked so good.’ 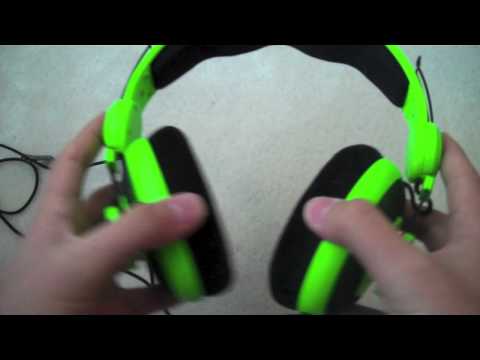 You can take complete advantage of crystal clear bass and acoustic sounds, without having to compromise on your comfort level. Speaking of comfort, the headset sports a lightweight over-ear appearance, providing you with a perfect fit. It’s also splashed with a sublime jade hue which would surely make your competitors turn green with envy. The frequency response is 15Hz – 21,000Hz, while the impedance of the gadget in question reads as 32 Ohms at 1KHz.

So that’s wrapping up our roster of the best gaming headsets presently available in the market. They hit the scene to sooth your aural senses, especially when indulging in your favorite title. From FPS and action titles to adventure and horror genres, watch the games come alive with acoustic bliss. Saw something you liked in our array. Why not leave a comment and tell us just which one had you jumping out of your seat with excitement?