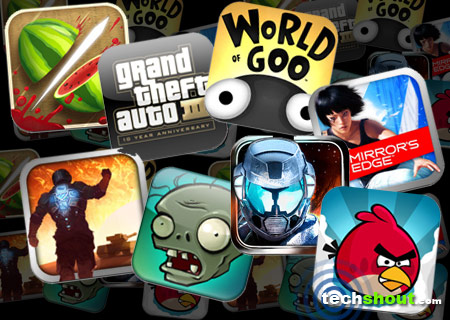 Indulging in some of the best games for iPod touch is possibly one of the finest ways to kill time or be entertained anywhere, anytime. If you haven’t already given the options featuring in our lineup a try, we’d say it’s never too late to do so. We suggest you run through the titles to jot down your favorites and download them thereafter. 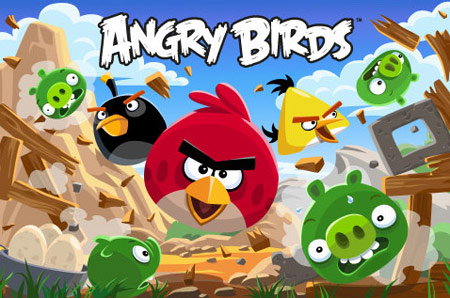 You probably have to be living under a rock to not be acquainted with Angry Birds and their intention of taking revenge for the stolen eggs. If you have catapulted red, yellow, black and other hued feathery creatures onto the mean green pigs dozens of times already, then it won’t be difficult to comprehend why this title is sitting pretty on our games for iPod touch roster.

Fans may agree that each new episode brings with it added excitement and further challenges them to take on the pesky pigs with birds that possess unique powers. Needless to say, Mighty Eagle can come to your rescue when you are stuck on a particular level. Other titles in the series include Angry Birds Rio and Angry Birds Seasons, which can also be obtained from the Apple App Store. 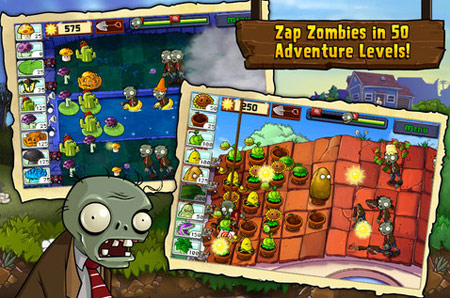 Planting and nurturing flora may have never felt more important than it does in Plants vs. Zombies. In this popular game, you are required to employ your armory of plants to deal with the undead that are all set to break down your abode. Indulge in 50 levels and you can earn yourself about 49 variations along the way to get even with 26 types of zombies.

As you may have guessed, each plant has its unique specialty and so does the undead brigade which includes the likes of bucket-heads, snorkelers and more. You are required to strategize and think on your feet in order to save your brain from getting chewed on by the mindless menaces. 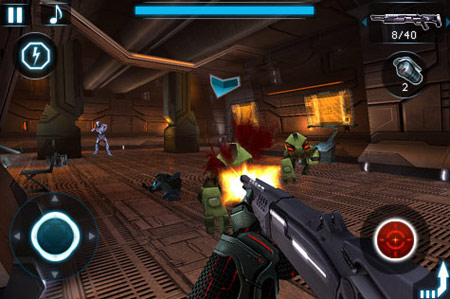 Next in our games for iPod touch roundup is the N.O.V.A. – Near Orbit Vanguard Alliance title which may already have many avid gamers indulging in saving mankind. For those not in the know, the game tags along a sci-fi plot with 13 levels, 5 different environments and about 6 weapons. The locations range from snowy mountains to spaceships, while the arsenal consists of rocket launchers, sniper rifles and handguns, amongst other options.

Well, as for the intriguing storyline, with humans residing on artificial satellites dubbed as ‘near-orbitals’, Marine hero Kal Wardin comes forward to protect them when they are faced with certain unknown dangers. 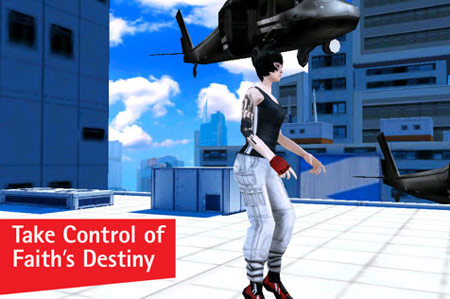 For those who can’t get enough of action games, we are suggesting another offering that may satiate some of the ardent players out there. Mirror’s Edge has probably come to be a must-have title for many action game lovers, but it features in this roundup for more reasons than that. To begin with, you require quick thinking as you have to shoulder the responsibility of preventing a lethal threat while in the shoes of the virtual Faith Connors. 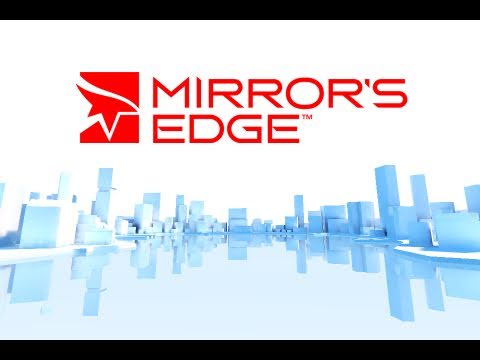 As you may have expected, it’s not as easy as it may sound for you have to carry out this task amidst threatening pursuers and constant surveillance. As a gamer, you may enjoy the graphics as well as the exciting soundtrack when immersing in 14 levels to complete the daunting task assigned to you. 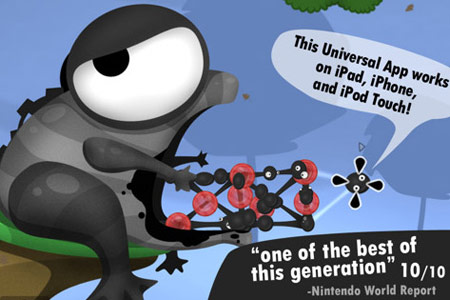 If the HD graphics and the design do not bowl you over, then the idea behind the World of Goo HD title may not fail to do so. You can embark on a journey that will introduce you to enticing levels, new Goo Balls, the World of Goo Corporation and more. You have to drag and drop Goo Balls to create towers, bridges and giant tongues, amongst many other structures. 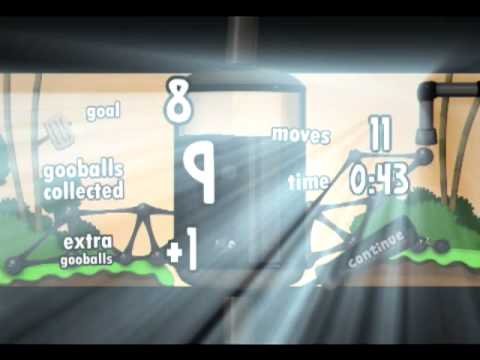 This challenging title brings levels that require you to think hard in order to solve new puzzles in beautiful environments. Did we mention that there is a Sign Painter to help you out? So watch out for signs that will give you subtle hits to figure out a level. 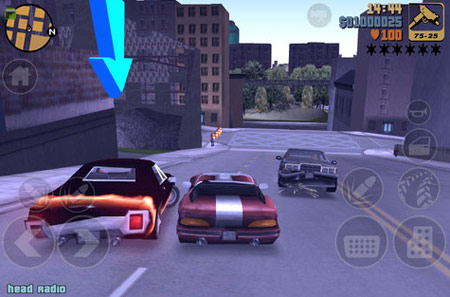 Grand Theft Auto 3 has you cutting deals with the thriving underworld in Liberty City. You can revel in the various interesting aspects of the game like decent voice acting, enhanced graphics and a dark comic storyline. 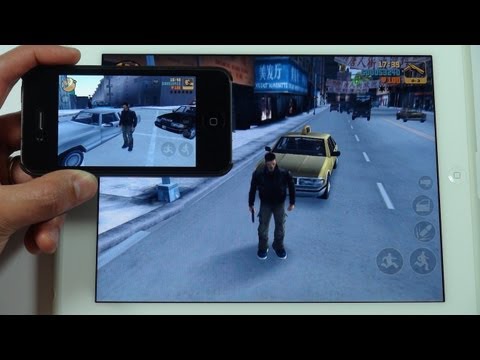 This open-world gameplay has many new characters hopping onto the scene, that further push the immersive experience up a notch. You may be tangled within the game for a good number of hours as it has an expansive array to offer you. 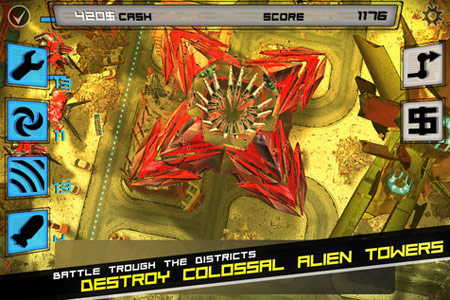 Another tower defense game featuring on our games for iPod touch lineup will possibly find a permanent place on your Apple gadget. Anomaly Warzone Earth has the usual defense and offense groups, but it comes with an exciting twist. Here, you won’t be playing the victim fighting for survival, but rather the one attacking the destructive towers belonging to the aliens. 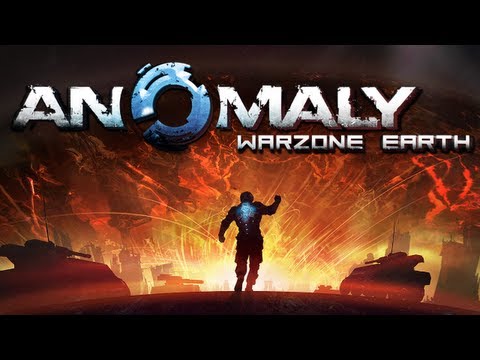 You can deploy your heavily armored army to invade the opposition’s defenses with special weapons and power-ups. Besides taking pleasure in destroying the evil forces’ turrets and towers, you will be seen enjoying enhanced graphics and gameplay when on the go. 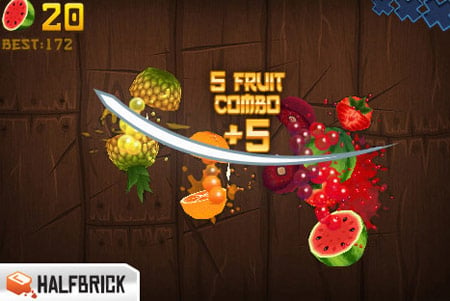 The word ‘addictive’ probably best describes the Fruit Ninja title that will have you captivated for longer than you can imagine. Slashing and splattering fruits with a single swipe, ninja-style is not only fun, but also challenging. If you aren’t already hooked onto the game and are wondering what makes it challenging, then the simple answer to that would be: bombs.

Yes, bombs that explode at a touch are thrown in, while you are busy going all ninja over the delicious fruits. So you know your reflexes are put to test when you are required to steer clear of the explosives and continue to achieve high scores, which you can show off to family and friends.

Which of these best games for iPod touch has already found a place in your hall of favorites? Do leave in a comment to share the same.