Today, we’re showing you the best full HD smartphones in India. 1080p screens have become a norm for flagship handsets and there are many options for you to choose from. Well, we’re going to make things easier for you. We’ve picked the finest devices out there from different price categories and even listed out the key features of each handset. 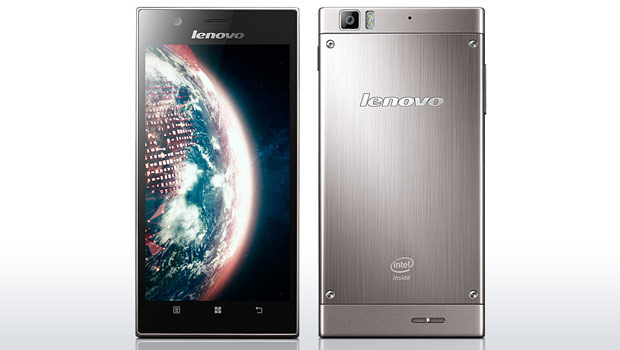 Lenovo’s K900 is one of the slimmest handsets you’ll find on this roster. The Chinese OEM has designed it with a 6.9mm thick form factor that’s complemented by a brushed metal casing for high durability and an industrial look. The handset has a 5.5-inch 1080p IPS Gorilla Glass 2 display with glove recognition and it gains steam from a 2GHz dual core Intel Atom processor. Other features of this phone include Android 4.2 Jelly Bean, 2GB of RAM, 16GB storage, a 13MP rear camera and a 2500mAh battery. 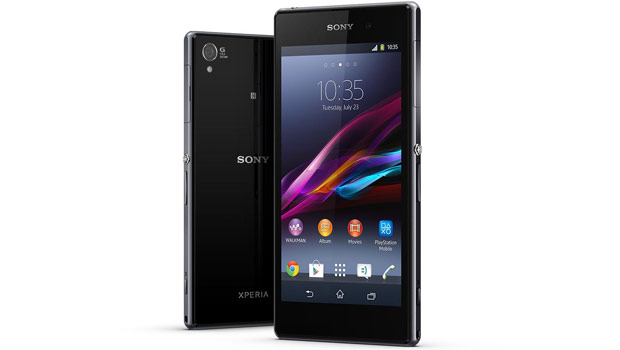 Sony’s current Xperia Z1 flagship is one of the top Android camera phones currently available on the market. The Japanese conglomerate has outfitted it with a 20.7MP G Lens that offers beautiful images which can be previewed on the 5-inch Triluminos panel with X-Reality for mobile. The handset isn’t as slim as its predecessor, but it packs beefy components within its 8.5mm design. Speaking of which, the device is IPX5 and IPX8 certified water-resistant. Android 4.3 Jelly Bean runs the show with an update to KitKat coming soon. You also get a 2.3GHz Snapdragon 800 processor, 2GB of RAM, 16GB storage and a 3000mAh battery. 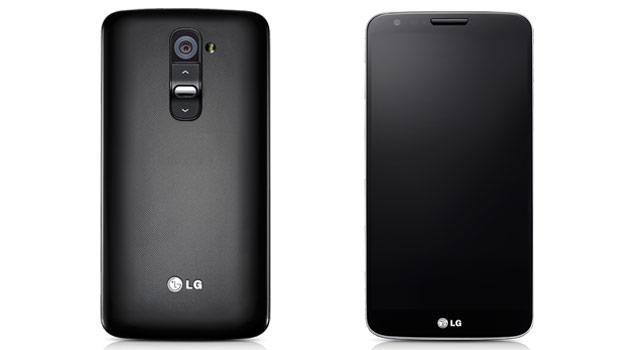 LG’s G2 flagship arrived with a pretty innovative design. The rear volume buttons were well-received and they help deliver a clean clutter-free appearance. The handset’s gorgeous 5.2-inch 1080p IPS display has earned it a spot on our compilation. The phone is 8.9mm thick and it dons a 13MP OIS camera on the rear with multi-point AF support.

On the inside, you’ll find some of the most impressive hardware on the market, a Snapdragon 800 SOC, 2GB of RAM, 32GB storage and a 3000mAh battery. The G2 will soon be updated to Android KitKat and LG has preloaded it with a plethora of software enhancements. 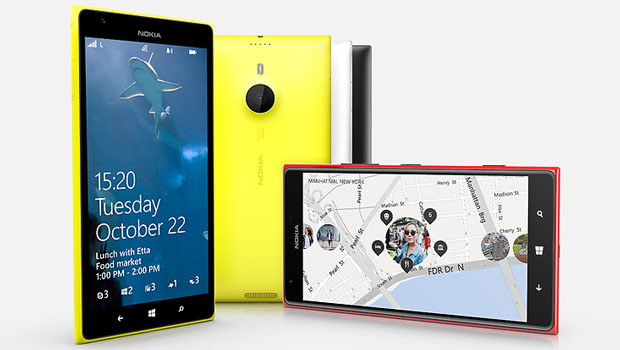 Nokia’s Lumia 1520 is the first phablet from the Finnish giant and it’s also the first to come with a 1080p display as well as a Snapdragon 800 processor. The handset is the largest on this roster, carrying a 6-inch IPS LCD panel with CleakBlack and super sensitive touch enhancements. There’s also Gorilla Glass 2 onboard. Nokia has fitted a 20MP PureView camera with Carl Zeiss optics and you’ll be treated to an extensive catalog of camera-specific applications.

Then there are 4 microphones with Rich Recording for crisp and studio quality audio in captured footage. Coming to memory, the phone has 2GB RAM, 32GB storage and a microSD card slot. You can expect up to 25.1 hours of 3G talktime with the 3400mAh battery. 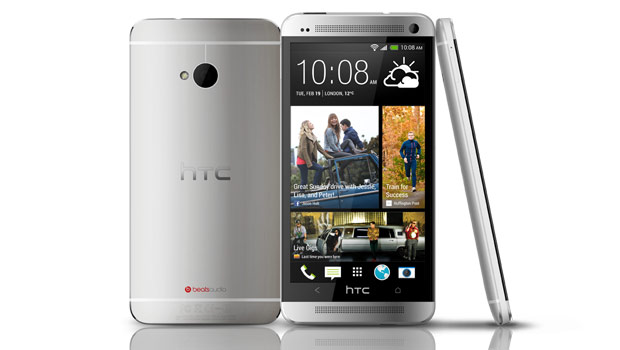 HTC managed to sweep us off our feet with the One smartphone. The handset may not be as powerful as the other phones on the full HD smartphones in India array, but it’s filled with interesting features. First up is the rugged and beautiful full metal design that’s based on the zero gap construction. The 4.7-inch 1080p Super LCD 3 screen employed here is just an awesome sight and with Infinity Glass protection, you won’t have to worry much about scratches.

The handset is powered by a 1.7GHz Snapdragon 600 SOC and it features 2GB of RAM and only 32GB of internal storage. The phone is also high on entertainment with dual Boom Sound speakers on the front and the UltraPixel camera on the rear which can capture pretty good low-light images. 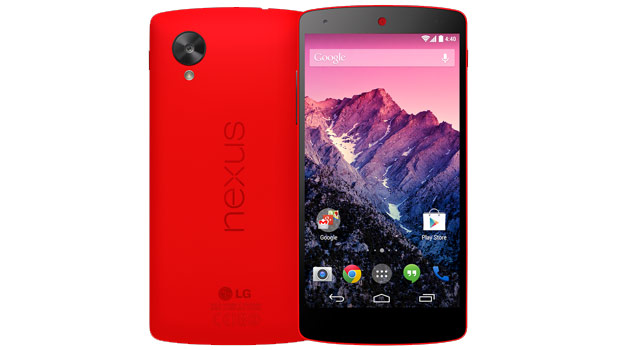 LG’s Google Nexus 4 was a stunner and the Nexus 5 carries on its legacy with an appealing design and mouth-watering specifications that deliver a bang for every buck. The phone comes with a 5-inch IPS panel and it sports Gorilla Glass 3 for enhanced protection. At 8.59mm thick, the device is no slouch. It features top of the line components such as a Snapdragon 800 SOC, 2GB of RAM, options of 16GB and 32GB storage, an 8MP camera with OIS as well as HDR+, and a 2300mAh battery. Being a Google-branded phone, you can expect to have the latest Android OS as soon as it’s launched. 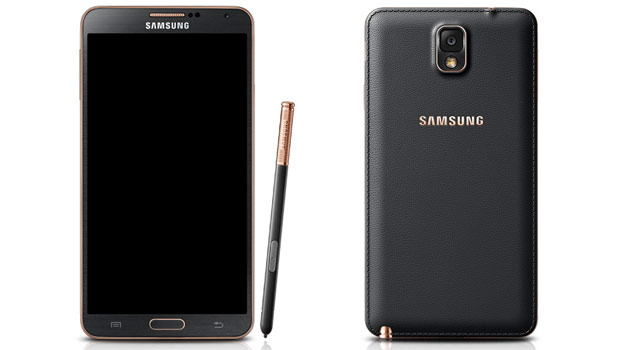 Samsung’s Galaxy Note 3 is without a doubt one of the most sought-after in India. The handset dons a 5.7-inch Super AMOLED 1080p panel which offers richer colors compared to normal LCD screens. The model for India is fitted with a 1.9GHz octa core Exynos 5 processor and a whopping 3GB of RAM. Being a business-oriented device, the phone is accompanied by the S Pen stylus and an extensive list of features that overlay the Android platform.

One of the main highlights here is the 13MP rear camera that can record videos in UHD 4K resolution. Storage is in the hands of 32GB and 64GB options, while a Li-ion 3200mAh battery gets things up and running. The phone currently runs Android 4.3 Jelly Bean and 4.4 KitKat is already seeding around the globe. 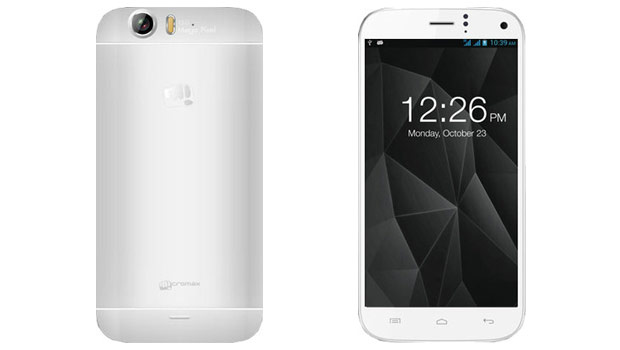 Micromax is a very popular name in the local OEM scene. The company has recently started making its entry into the international market with highly affordable smartphones. Its Canvas Turbo flagship is the finest options amongst the company’s vast portfolio. The phone doesn’t have the beefy components found in the aforementioned options, but a decent set of hardware aimed at the budget-minded.

Accompanying the 5-inch FHD IPS panel is a 1.5GHz quad core MediaTek processor, 2GB of RAM and 16GB of storage. The company has included dual cameras, 13MP rear and 5MP front, as well as dual SIM card slots. At 8.6mm thick, there’s also a 2000mAh battery that can deliver up to 7 hours of talktime.

These are the best full HD smartphones in India that money can buy. As you can see, there are options from almost every price range to give you a broader choice of devices. Each of them come with their own unique features, so be sure to pick the one that suits your every need.