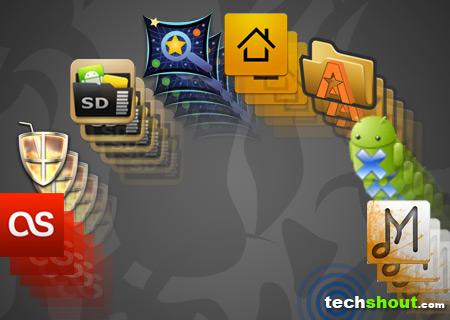 Since Gingerbread isn’t quite available for every smartphone that runs on Google’s mobile platform, we’ve compiled a list of the 8 best Froyo apps to help soothe those woes. The Android 2.2 OS may feel a bit outdated, but it has certainly not retired yet. And sure, it has a few limitations as well compared to newer releases. That’s basically why we’ve picked a few applications to fill in those gaps. 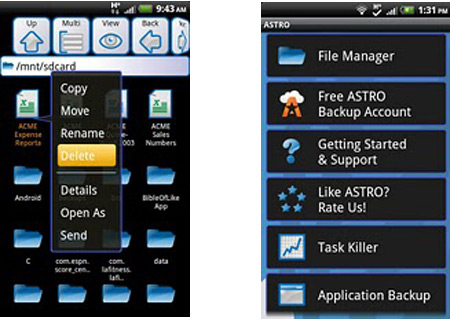 The Android OS may no doubt be amongst the most adopted mobile platforms worldwide, but it still misses out on certain features – take a file browser, for instance. Our first addition to the Froyo apps roster, Astro File Manager, is most likely to fill in those shoes. Instead of digging out content that you want to share, upload or even edit from the gallery, carrying out these operations should be much more convenient through this application. Apart from the aforementioned features, this tool comes with many other features. The list includes file backup capabilities, image and text viewers, access to Zip and Tar files, a task manager and more.

Compared to Froyo, newer versions of the Android platform come with much better power management capabilities, thus enhancing the battery life. With that being said, applications like Juice Defender Ultimate are apparently designed to help increase the overall activity time of a handset. Here’s how it works – this app is said to automatically adjust certain aspects and components that consume too much power, like 3G or 4G connectivity and Wi-Fi. In addition to these, you can configure various apps through its interactive mode, switch between different network modes and maybe even save power with the Smart Brightness control. 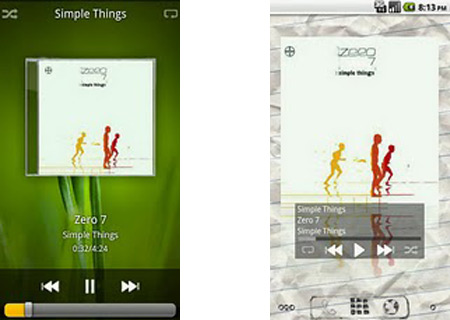 Down the line, everyone’s bound to get bored of the embedded music app. And that’s mainly why there is a wide catalog of similar offerings on the Android Market. Well, instead of creating a new application from scratch, the developers of Music Mod have apparently enhanced the actual Froyo music app. By optimizing the source code, this tool is said to deliver a host of new features. They include gesture controls, a new Now Playing screen that fills up the entire display with a wallpaper background, Twitter integration to let other knows what you’re listening to and 5 widgets, each of different sizes. 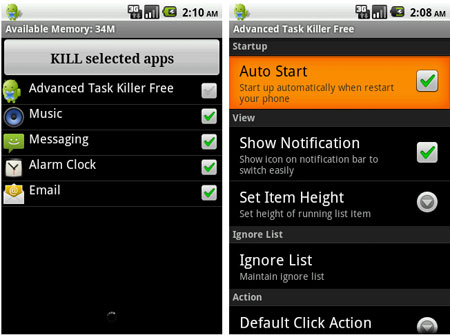 One of the major drawbacks faced by Android 2.2 users is the lack of a task manager. Whenever an application fails to respond, freezes up or even eats up too much memory, a complete system reboot is required to solve these problems. Doing so not only consumes time, but also drains the battery life. The Advanced Task Killer application is one of the many tools on the Android Market that are likely to offer viable solutions for addressing the aforesaid issues. Also known as ATK, this software is basically designed to kill running apps and clean up the memory. Through its offerings, you can conveniently end particular processes and services that are unwanted or eat up too much RAM. 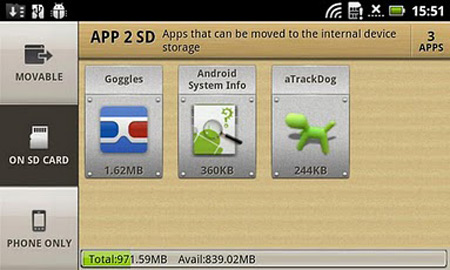 Not all smartphones come with large flash storage capacities. At times, a few handsets are equipped with barely enough space to hoard basic applications. And as far as the Android 2.2 OS is concerned, it doesn’t even have the ability to transfer apps to a SD card. But, with applications like App 2 SD on our Froyo apps lineup, you can contentedly free up the internal memory. Just as its name suggests, this application allows you to dump games, tools, widgets and other installations from the phone storage to an external one such as a microSD card.

Bored of the same old Froyo homescreen? The why not give the LauncherPro application a try. Well, if you’re craving for a taste of Gingerbread or various other user interfaces which are developed by different companies, this app is most likely to deliver a completely new interface that’s said to be highly customizable. Housing up to 7 homescreens, you can add your favorite widgets, edit shortcuts on the scrollable dock and even download and apply various themes like Exposé or HTC Sense from the Android Market.

Next up on our Froyo apps catalog is Last.fm player. Besides providing information on artists and nearby events, this application brings in personalized radio stations for subscribers in the U.S., UK, and Germany, that are automatically created once you choose an artist or genre. With the Android platform’s background streaming capability, the app allows you to listen to your favorite tracks and at the same time, perform various other operations such as browse the web, buy songs from Amazon, search for interesting places on Maps and so on. What’s more, you can even sync your Last.fm friends with your contact list.

Ever wondered whether that shiny dot in the night sky is a star or a planet? A particular Mountain View giant seems to have taken up the initiative to develop an application just so that you could find out. The Google Sky Map app allows you to explore space and identify celestial bodies floating around the vast expanses. By simply pointing your Android-powered device at the sky, this application is said to deliver the names and details of various the stars, planets, constellations and many other objects that aren’t quite visible to the naked eye.

Now that our 8 best Froyo apps compilation has come to an end, we’re certain Gingerbread won’t seem to taste so bitter, at least for a while. If you’ve got an application in mind that can give the Android 2.2 OS a nice helping hand, do let us know by leaving a comment below.