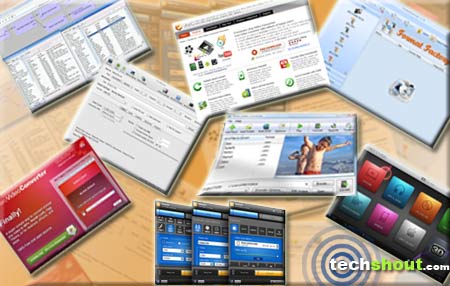 Take a look at our best free video converters roster scribbled below to figure out your options for acquiring a clip in the format you want. In order to play a clip on all of your electronic devices, you may have to convert it into more than one format and that’s exactly where these software applications come into play. Moreover, saving videos to other file formats will also help you when it comes to storage space so you do not have to be selective when saving them to a desired gadget. Scroll down to peruse the choices that have been listed in no particular order. 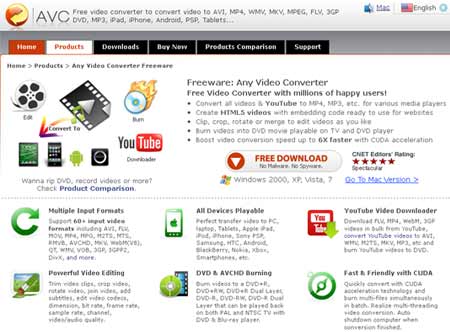 Our first option is designed for those of you who require an all-in-one software that doesn’t ask you to shell out a single dime. It not only lets you fool around with common file formats like AVI, mxf, MKV, FLV, MP4 and many more that can easily be played on a horde of devices including the iPad or iPhone and Android, BlackBerry or Nokia phones amongst others. Additionally, the tool comes in handy for downloading and transforming YouTube content and even burning them to DVDs. 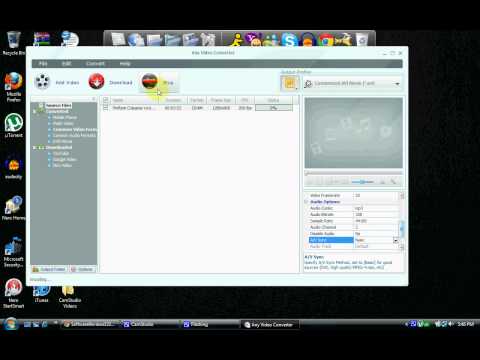 The multi-purpose software can change these clips to audio formats like MP3, AAC and WMA, to name a few. Its CUDA acceleration technology speeds up the process and facilitates burning multiple files simultaneously or carrying out multi-threading conversions. It is available for Windows 2000, XP, Vista and 7 as well as Mac OS X 10.6.6 and later. 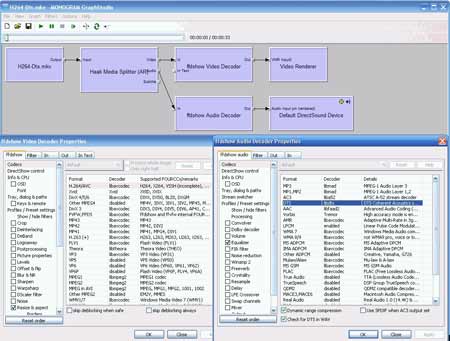 The next contender on our compilation of free video converters is an option for the Windows OS that claims to do what most paid software seem incapable of, without charging you a penny. An acronym for simplified universal player, encoder and renderer, SUPER even handles long movies without imposing any time or function limitation.

The application extends support to multiple source file formats which can be changed to other formats to be played on phones as well as gaming consoles amongst a lot of other things. And no, you are not required to take the help of any other third-party software. 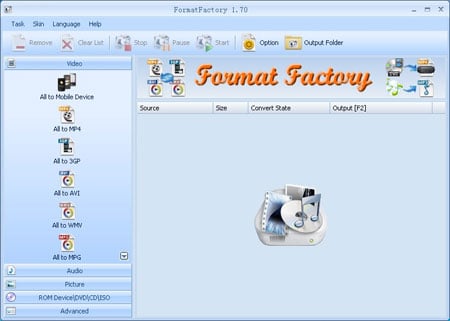 Yet another multi-functional solution for all those of you who are using a Windows-based computer system, is Format Factory. Besides efficiently transforming all your clips to various video file formats, it helps you deal with audio as well as image formats. You can acquire content in formats like MP4, 3GP, MPG, WMV, FLV, SWF and AVI and audio files in common codecs such as MP3, WMA, AMR, OGG, AAC and WAV.

It claims to recognize all source files and even rips DVDs and CDs to video and audio files, respectively. Moreover, you can reduce file size and make your content compatible with formats supported by the iPhone and the iPod. 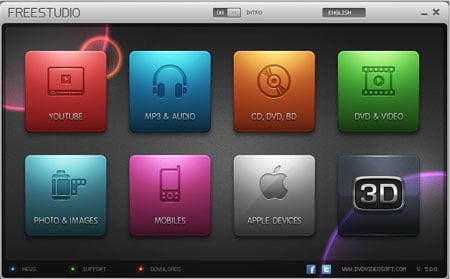 Free Studio 5 can be downloaded on to computers running Windows XP SP3, Vista and 7 as well as the .Net Framework 2 SP2. The alternative in question is a bundle inclusive of a large number of multimedia applications. You can not only rewrite clips to different formats in order to make them compatible with devices like iPods, PSPs, iPhones and BlackBerry phones, but also change the codec of an audio file.

Some other advantages include uploading and downloading YouTube content, editing multimedia files and creating 3D clips and images. Ripping DVDs and CDs should not be a problem either. 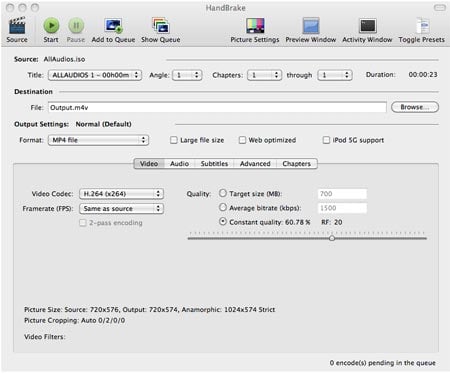 If you are on the lookout for a multiplatform, multithreaded video transcoder, then your search ends right here. Handbrake, yet another interesting one to make our list of free video converters, is a GPL-licensed software that can work on computers running operating systems like Mac OS X, Windows as well as Linux. 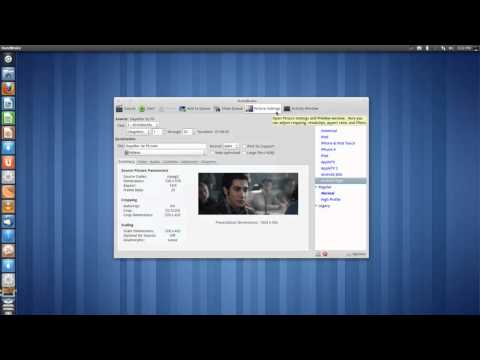 The freeware is compliant with all of the common files that are supported by libavformat and libavcodec as well as DVD or Blu-ray-like sources which are not copy-protected. Its supported formats are inclusive of H.264, MPEG4, MPEG2, AAC, MP3, FLAC, DTS and more. 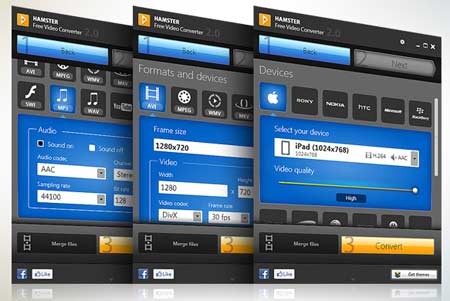 Using this software for the Windows platform, you can transform clips to various formats for running them on a large number of devices like Android, BlackBerry, Nokia phones, iOS and Windows Phone gadgets, Apple TV, tablets and more. You can turn videos to formats like 3GP, MP4, FLV, DVD, MPEG or even change them to audio codecs such as MP3, AVI and WMV amongst others.

Apart from this, it allows you to de-interlace, increase the volume levels of the video file or adjust audio and video bitrate and frame rate too. The application even supports batch conversions so you do not have to deal with every clip in a folder individually. 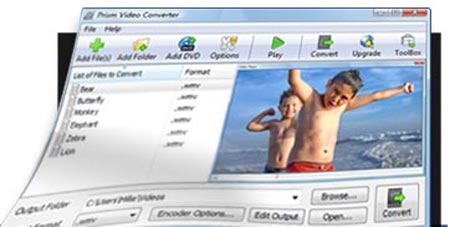 Taking our lineup of free video converters further is Prism which lets you compress files and change their codecs. Compatible with most of the common formats, it supports batch conversion and is free for non-commercial use. Moreover, you can adjust settings like compression, resolution and frame rates as well as determine the size of the output. Besides AVI, MPG, VOB, ASF, WMV and MP4, the application transforms formats with a DirectShow-based codec. It works with Mac OS X 10.4 or later, Windows XP, Vista, 7 and has been optimized for Windows 8. 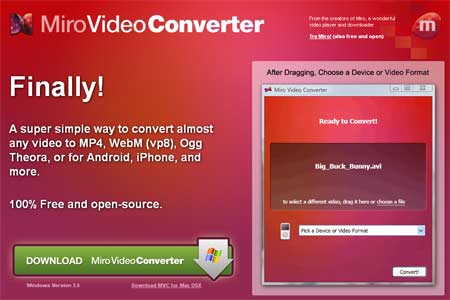 And the last software to find a place on our catalog can be downloaded for the Windows platform from the official website as well as for Mac OS X based computer systems through the site or via the Mac App Store. It is a ‘super simple way’ of transforming most clips to formats like H.264, MP4, WebM, OGG, Theora or more to make them capable of running on Android or iOS devices.

Source files of codecs like FLV, AVI, MKV, WMV, XVID and MOV are completely compliant with the application in question.

Hopefully, our roundup of the best free video converters will put an end to all your woes related to this particular task. You have nothing to lose, as these can be downloaded free of charge. Do try them out and tell us if you liked them enough to continue using them. And if you’ve found similar software efficient enough to perform the tasks needed, drop in a comment to let us know about it.