Want to lay eyes on the best free DVD burning software bits that are currently ruling the virtual roost? Well then, you’ve stumbled upon just the place. Here you can expect to be bombarded with only the best choices so that the next time you need to copy content from your PC onto a DVD, you’ll be well prepared with your desired program in hand. You won’t have to scout the online terrain for a good one on such short notice. Go ahead and check out the top mentions we’ve lined up here. 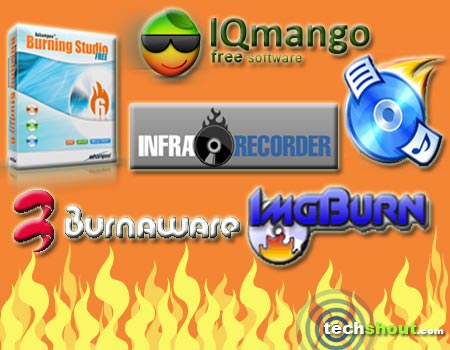 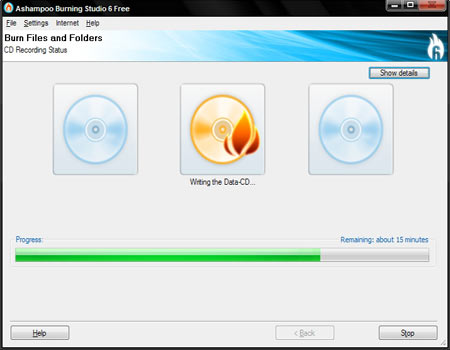 The latest version of Ashampoo Burning Studio forays onto the scene sporting all the goodness of its predecessor while porting along a whole bunch of new features. This fresh lineup includes an integrated audio CD ripper, multi-disc file backup and better support for the Blu-ray format with up to 25GB per layer. Also new on the list is the option to preset the number of copies you wish to create and the ability to be verified before being ejected from the drive. This clutter-free software lets you find your desired function without invoking any perplexities. 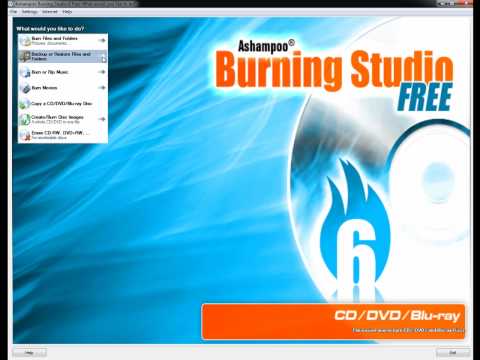 Besides just DVDs, you can seamlessly burn MP3-CDs, audio CDs, VCDs and S-VCDs. And in case you face any media or hardware difficulties, you can turn to the interactive troubleshooting assistant. You’ll also be able to save your project files in case you need to make more copies at a later date. 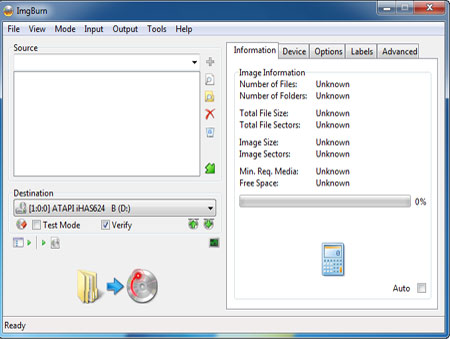 ImgBurn is a freeware program that helps you record DVDs as well as CDs, HD DVD and Blu-ray content. The lightweight option on our free DVD burning software roster boasts of including a host of useful modes which perform individual tasks such as writing image files, reading discs and verifying whether a disc is completely readable. It further supports different image file formats such as BIN, CDI, DI, GI, ISO, NRG, CCD, CUE, DVD, IMG, MDS and PDI. 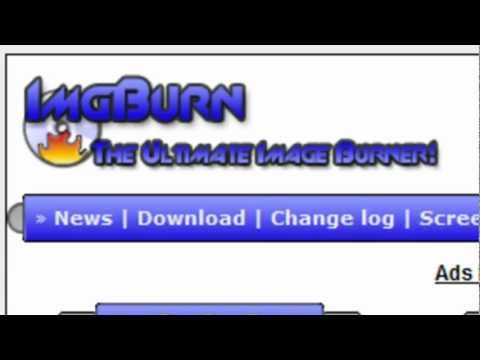 You can even copy music bits as well as audio files that are drenched in formats like AAC, FLAC, MP3, MPC, PCM, WMA, APE, M4A, MP4, OGG, WAV and WV. Compatible with Windows and Linux systems, this one also jumps in with support for Unicode folder names and the latest drives. The developer further throws in an image queue system, a user-friendly layer break selection screen and an automatic write speed feature. 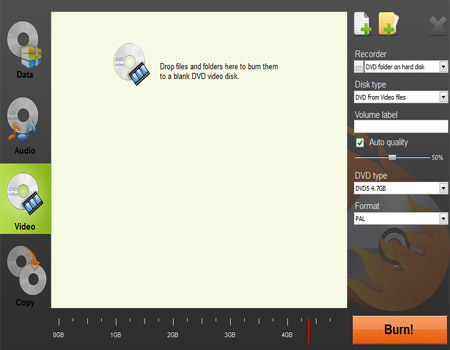 The tasty treat suggested here complies with a whole slew of video and audio formats such as MP3, WAV, WMV, WMA, AVI, MPEG, MOV and MKV, among others. Iqmango further claims to have the ability to reproduce content onto discs without incurring any quality losses. With this entrant sitting in your PC, you’ll be able to easily make 1:1 DVD copies, create CD and DVD image files, and burn video DVDs and audio CDs. 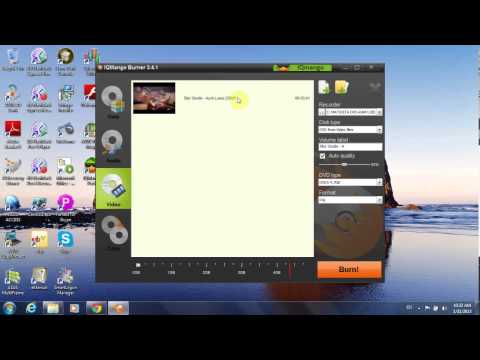 Sporting an intuitive user-interface, the program even supports single-layer as well as dual-layer DVDs. It’s simple to use and won’t even cost you a penny to procure. 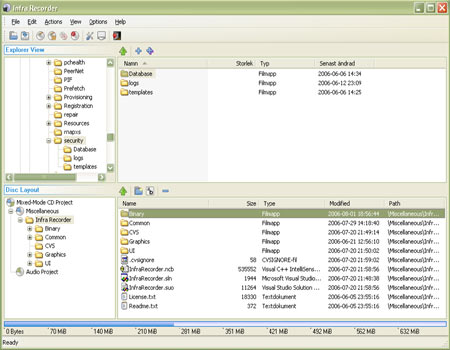 The CD/DVD burning solution fashioned exclusively for Windows comes packed to the hilt with a plethora of interesting attributes. You’ll also be able to perceive a user-friendly application interface along with Windows Explorer integration. 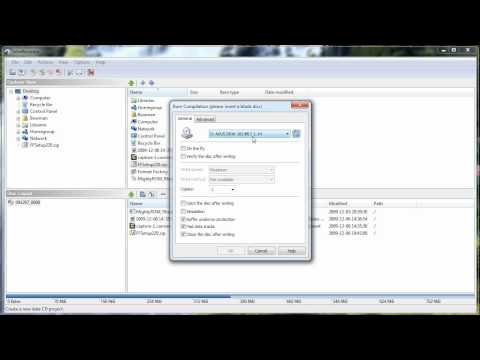 While lending support for copying to dual-layer DVDs, this inclusion in our free DVD burning software array also allows you to dabble in custom data and mixed-mode projects which can be seamlessly ported onto DVDs. You can even save music tracks and audio to different file types like WMA, MP3, WAV, OGG and ISO. 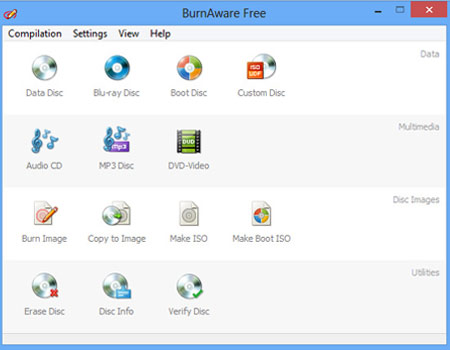 This full-fledged burning software lets you take copies of just about anything you want. The list of things that can be reproduced onto CD, DVD or Blu-ray discs include pictures, documents, videos, digital photos, archives and music. According to the brains behind this endeavor, you can also utilize the software in question as a bootable DVD or CD for recovery purposes.

Need to copy your favorite tunes onto a disc so that you can drive around town blaring your favorite songs wherever you go? Well, with the help of BurnAware Free, you can create audio CDs that support WAV, OGG, MP3, WMA, M4A, FLAC and AAC formats and fashion a foot-tapping compilation which can play on your traditional CD player. Additionally, it has the ability to erase rewritable discs and verify errors. 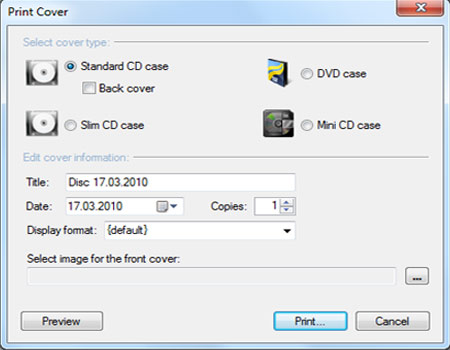 Through this contender in our free DVD burning software roundup, you’ll be able to burn all sorts of DVDs, CDS, HD-DVD and Blu-ray copies. Splashed with a multi-language interface, it also lets you create ISOs within no time at all.

Music enthusiasts and audiophiles will also appreciate the fact that they can burn audio CDs with or without those annoying gaps in between songs. It further enables you to create bootable discs and even perform data verification once the burning process is complete. This one is compatible is Windows PCs.

You can rely on any of the aforesaid best free DVD burning software pieces whenever you want to make copies of a specific item stored in your PC or even create data CDs of various folders. From movies and home videos to pictures and music tracks, you’ll be able to reproduce the same onto a blank DVD without even breaking a sweat.

And if you thought the good old Nero software was the only way to go, well you’ll be surprised to know that there are many other formidable options out there. So which one are you going to rely on now?