Your search for the best free Android live wallpapers in the Google Play Store doesn’t end here. That’s because looking for ways to personalize your phone or tablet is just so addictive. We found ourselves digging for more and more each time we stumbled across an interesting option. So here’s an appetizer to whet your taste for the hunt. 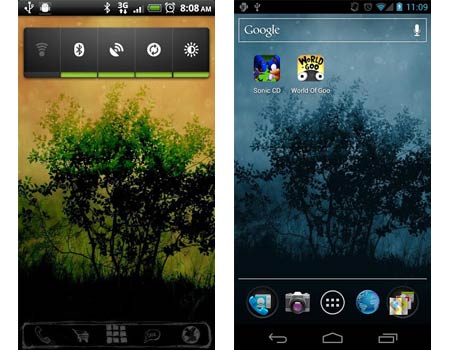 Kicking off this free Android live wallpapers collection with a background that is light on memory usage is Day of Ubuntu. It’s extremely plain screen decor for those of you who like to keep it simple. But it’s not so plain as to be boring. Take a look at the beautifully haunting screenshot of shrubbery set against a foggy milieu and tell us whether we’re right or right. If you like this theme which changes according to the day/night cycle, you can hit up the link to download it from Google Play. It’s a 1MB file which works with Gingerbread and higher. 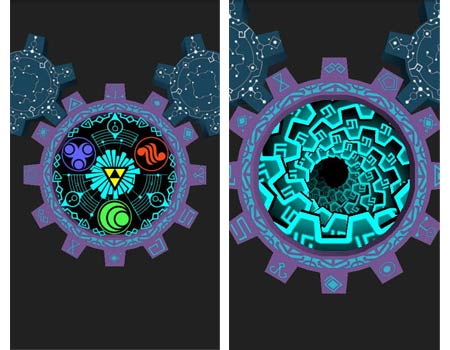 The next candidate in our free Android live wallpapers list of LWPs takes inspiration from The Legend of Zelda: Skyward Sword and even hides an Easter egg. A 347KB download, it has a lot of customization options so that you can personalize the way you want the gate to look on your display. First off, you can set the number of gears to 5, 10 or 15. You can change the color of the main gate as well as the glyph.

The camera distance, or the distance from which you want to appear to be watching the dance of the gears can also be tweaked. The gears may be adjusted to move clockwise or anti-clockwise and the whole motion can be tuned so that you see a ticking movement if you don’t like the smoothly spinning one. It’s shouting out to gaming buffs, that’s for sure. 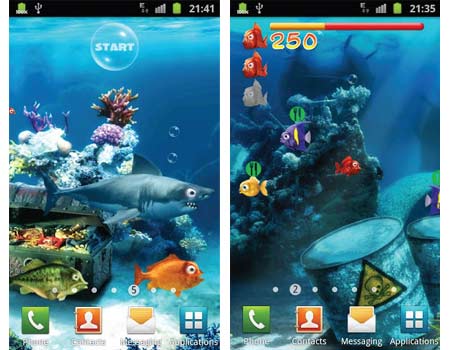 Yet another ode to gaming is Crazy Fish, a background theme and playable offering rolled into one package. Though the animation may be twitchy in places, it’s a fun, interactive option which has a nutty orange fish as predator and prey. You have to make sure he grows by getting his fill of smaller fish and dodges the jaws of larger predators at the same time.

The live wallpaper is a 3.8MB file which can be downloaded onto devices running v2.1 and higher of the Google mobile OS. A Start button is present on the top for restarting your game and there are two cool themes to pick from. You can also deactivate the Game mode if you want to. But if it’s just moving fish that you like looking at, you’d probably be better off with Koi. 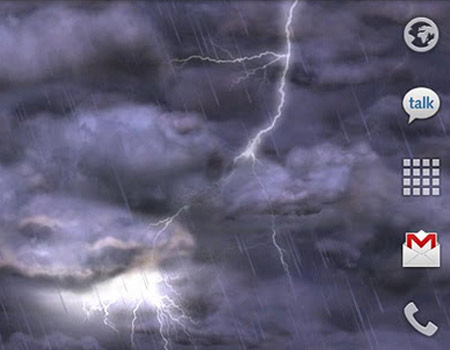 Hear that? A storm’s coming your way. Our fourth pick is one more simplistic, nature-themed live wallpaper for those of you who like matching your device’s personality to your mood. We know we like bringing this one into the picture when we’re brooding about what powers the Apple iRing may bring us, who stole our last cookie and so on and so forth.

You will need to have 2.5MB of space to download this live wallpaper app which delivers an impressive display of storm clouds pouring forth rain and torn by lightning. The settings will allow you to tweak the colors and touch sensitivity. Amongst the other adjustable elements is the ability to change the imagery according to the time of day or even have the rain drops bouncing off the camera. 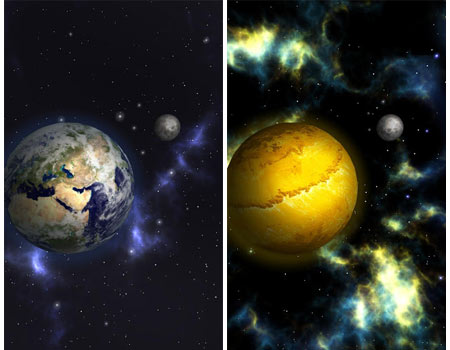 Bringing the count of interesting Android backgrounds for your phones and tablets up to five is GyroSpace 3D. Dive right into space with this dynamic theme which contains detailed 3D planets, the Earth and stars, set off against a colorful nebula. But do you have the right equipment in place? No, we’re not talking about the TARDIS.

The application in question depends on your device’s gyro sensor to render the captivating 3D effects it boasts of. Ever heard of snowfall in outer space? You will be able to witness the same through this live wallpaper, if you must. But otherwise, the 2.4MB download really is one cool background option. Additionally, the HD choices have been enhanced for AMOLED displays and there are shooting stars to wish upon too. 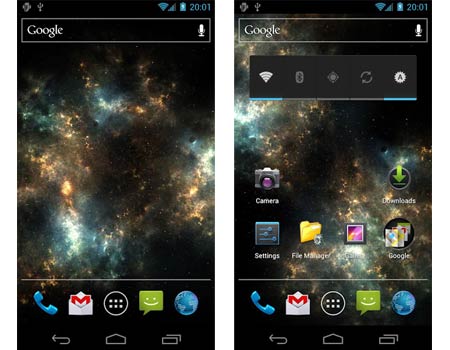 Our heads are still swimming in outer space and simply won’t stop. It’s not like this next find is going to help at all. The Maxelus Galaxy Tetralogy is a pack of four different otherworldly spectacles titled Inferno, Ice, Vortex and Shadow, out of which the last mentioned is our favorite. But each one to his own.

The live wallpaper will deliver you the hypnotizing effect of swimming in space. Stare at it long enough like we did and you will get the mesmerizing feeling that your head’s been separated from your body and it’s floating around in space. The smooth effects, the glittering stars, the fantastic combination of dark and light, enough said. You’re looking at a 576KB download which can run on Gingerbread and later versions of the OS. 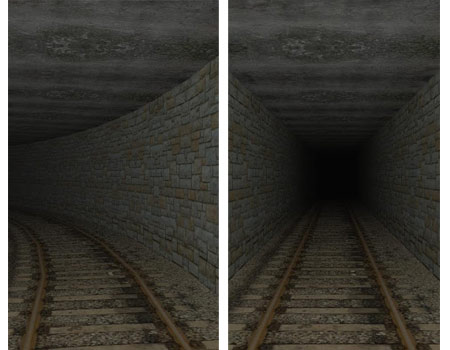 Speaking of mesmerizing, we do love tunnel effects. If you’re into this too, 3D Train Tunnel is the way to go. All the live wallpaper does is zoom you through an endless passageway and the developer explains it to be hardware accelerated. While it may not sound all that exciting, trust us, it’s difficult to take your eyes off the screen. It gives you the feeling that you’re going to crash anytime soon, just the sort of virtual racing thing we get our kicks from.

You can fine-tune how fast you want to be chugging along, and lower the FPS to save on battery life. If you’d rather not see deep into the tunnel, the fog density can be increased too. Some nice aspects are options to tweak how sharp the bends are, how long they are and how often they spring up on you. 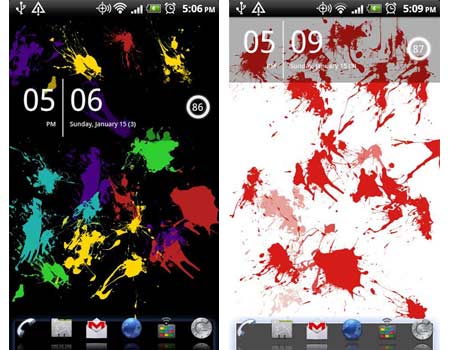 If smattering in a bit of finger-painting without getting your fingers sticky is your sort of thing, Splatter has your back. One highlight noted by the developer is that it works on Google TV. Now we haven’t been able to try that out. But if you have, do tell us about it in the comments section below.

Basically, whenever you tap the screen or fiddle with a widget, paint plops into the backdrop. You can decide between latex or spray paint, 6 background colors, splat sizes and 8 color themes. Want to start again on a new canvas? Simply shake your device to clear out your artwork. 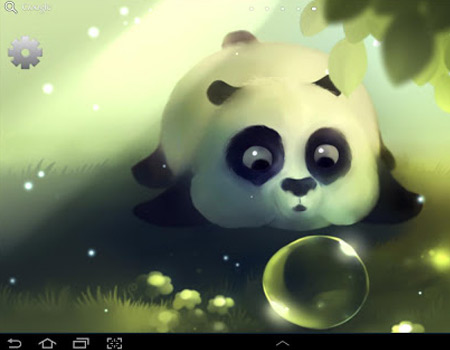 There’s a reason why kitten and puppy videos are so popular on YouTube. The rest of the world, just like us, cannot keep denying how impossible it is to ignore a cuddly little critter with large, innocent-looking eyes. If you too find yourself drowning in this cute baby panda’s eyes, don’t fight it.

The $0 version of Panda Dumpling Lite is an animated theme which has the black and white creature napping on a grassy patch. Apart from being distracted by you petting him, he also has a swamp bubble and other animals disturbing his slumber. The Christmas, autumn and Halloween designs can only be acquired by paying for it though. 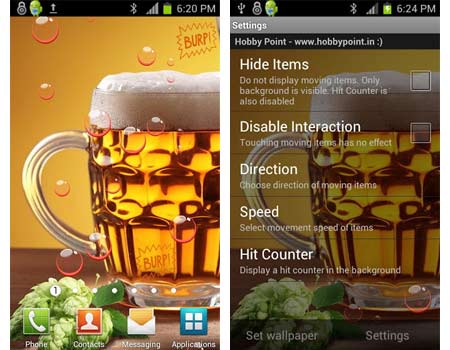 Bottoms up! So boardroom rules may not allow you to slake your thirst with a nice cold beer on a hot summer’s day. Or maybe you pulled the short straw while debating whose turn it is to go beer-less and drive the rest of the company home. But at least you can pretend to be doing so, if it’s any consolation. 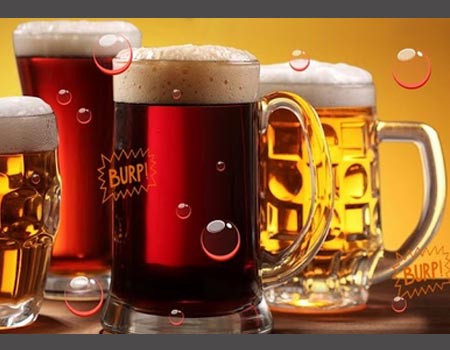 Here, every bubble you pop on the screen goes bust with a satisfied ‘burp’ and scores you points too. A 361KB download, it should wash down quite smoothly if you’re running v2.1 or higher of Google’s mobile OS. 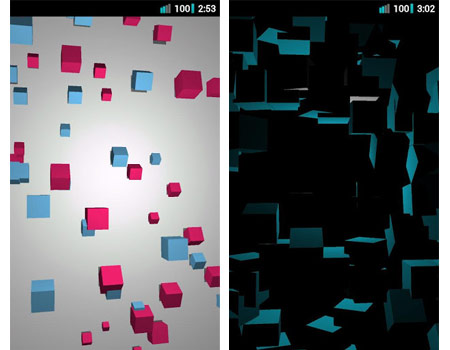 Block out 224KB of space for this one on your handset. Cover your screen with boxes that flip around while fading in and out of the picture. A bunch of attention-grabbing themes have been worked into the settings options and there’s a Randomize element which renders new themes. The color, number, lighting and viewpoint may also be cranked, if you please.

Do note that the developer has named several MSM7227 600MHz and MSM7227 Turbo 800MHz gadgets which are facing crash issues owing to a graphics driver glitch. So once you hit the link we’ve provided above, do read the list to check for compatibility with your device. 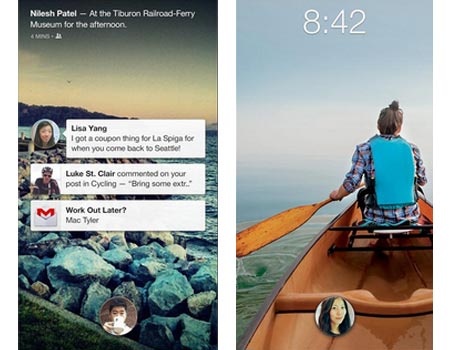 OK, so Facebook Home is not exactly a live wallpaper and it will work only on certain devices. But it’s not even your regular kind of app that can be accessed from the widgets tray. It serves as a dynamic lock screen and home screen which keep getting refreshed with updates by friends from the moment you switch on your phone.

Apart from coming pre-installed on the HTC First, Home will run on the Galaxy S3/S4, Note 2, One X, One X+ and One. But that’s only the official word; you can use it on other devices too. We got a chance to give it a spin on a Samsung S Duos. Let’s just say, if you practically live on Facebook, the application’s presence is pleasantly intrusive with Chat Heads, the ability to ‘like’ stuff right from Cover feed and what not.

Did this list of the best free Android live wallpapers leave you pining for more? Also, if you have any interesting ones which were not in our collection on your smartphone or tablet, they’re obviously worth telling others about. So do let us know about your picks in the comments section below.