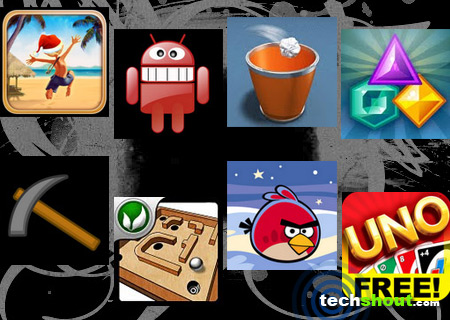 We have listed out the 8 best free Android games 2012 to make your task of finding the most entertaining ones of the lot, a little easier. Although the Android Market offers a treasure chest of engaging titles, our array is sure to give you a heads-up on the crème de la crème which are ideal to kill time. Glance through it and do let us know if we have missed out on something you think deserves a mention.

We agree that this game has been over-hyped, but we couldn’t help including it in our list of free Android games 2012. Angry Birds Seasons is a special edition of the popular title that lets you enjoy festivals by scoring points over the evil pigs. 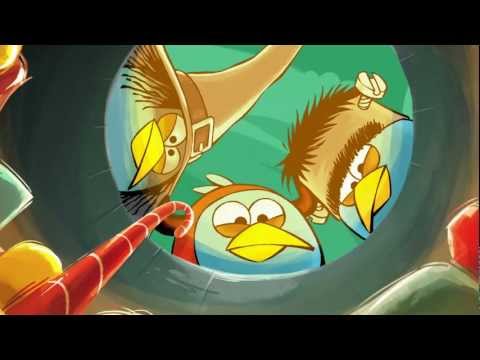 Be it Valentine’s Day, the Moon festival or St. Patrick’s Day, the game features it all. And the Halloween update also added the spooky touch to this addictive game.

This virtual version of one of the famous pastimes usually played by bored employees at work, garnered a lot of praises on a certain fruity giant’s platform before appearing on the Android Market. The goal is as simple as tossing a crumpled paper directly into the waste basket. With as many as six difficult levels, this game with a decent graphics performance features real office sounds. Its difficulties include a fan that impacts the paper ball’s flight. 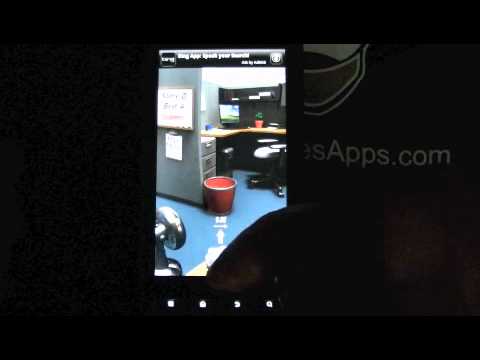 And if the game’s graphics fail to recreate the office environment, the verbal admonishments from fellow co-workers featured in it will do the needful.

If you are tired of milking cows and building imaginary castles on social networking sites, we suggest do something more exciting and become the proud owner of an island. It’s ‘the game’ for all those who do not have an insane amount of money, but wish to own a sunny island, nonetheless. All you need to do is download the application from the Android Market and start constructing casinos, hotels, discos and what not. 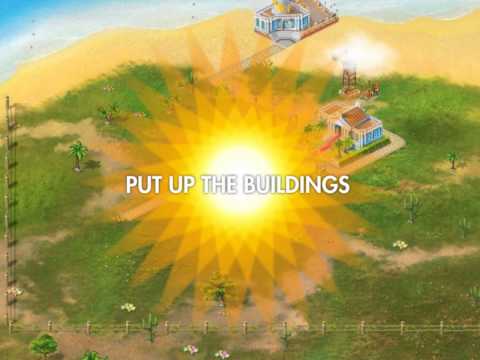 Needless to say, it features beautiful graphics and do not miss out on that part of its description where it proclaims itself as more advanced than a ‘regular farm game.’ Any guesses about which one is being poked fun at?

We all have probably enjoyed this card game for hours together as children, but today’s busy schedules leave us with little time to play it. However, Gameloft understands how much we miss it and has come up with the virtual version of Uno, which is worthy enough to be included in our list of free Android games 2012. Playing the intuitive game is as easy as dragging and dropping the cards on the screen. It also lets you customize with rules like Jump-In or 7-0. Moreover, you can play it in the multiplayer mode over Wi-Fi or via Bluetooth on select devices.

The next to feature on the list of free Android games 2012 will appeal to those who are not into mindless games, but like challenging stuff. We mean something that will put your mental math skills to the test. So turn your attention towards Math Maniac. The game requires you to select numbers which sum up to the digit displayed on the tile in the bottom left corner. 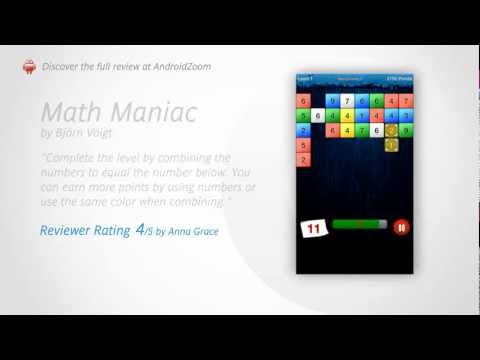 With two difficulty levels to choose from, it gives you an opportunity to show off your computing skills via local and global leaderboards. But steer clear of guessing your way through the game, as it may result in losing out on scores with penalties.

We agree with the developers of this game who say Match 3 puzzle games continue to be addictive. Featuring smooth gameplay and clean graphics, it displays your scores on cross-platform, global leaderboards. It can be enjoyed in four different modes, namely – normal, timed, quick and infinite. Additionally, this game requires an internet connection to display your achievements on the global scoreboards. 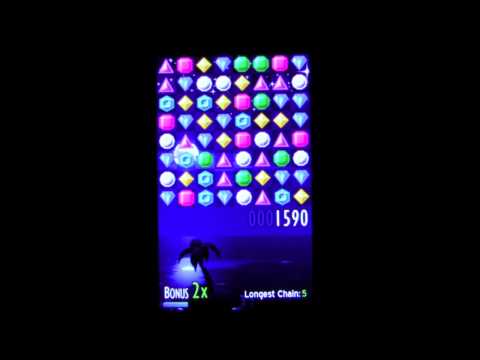 Also, you can compete with players on the iOS platform as it’s even available at the Apple App Store.

Another game on the Android Market that takes a leaf out of our childhood memories is aTilt 3D Labyrinth that is an addictive, tilt-based 3D game. Your goal in it is to direct the ball to a hole while dodging walls, rotating pieces and other such hurdles. The 258 levels of the game are more than enough to keep you occupied for a long time. 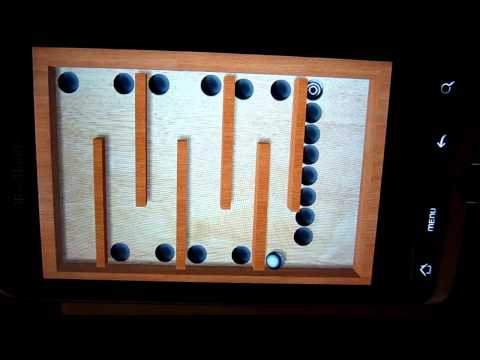 Once you run out of these levels, it gives an option to create your own levels and challenge others to clear them by posting them online.

Our last addictive option that will have you hooked onto it is Gem Miner that turns you into – a gem miner. Your goal in here is to dig your way through the mine and collect metals and gems to earn by selling them. And the money that you earn can be used for advanced gear to facilitate your mining, such as lifts, ladders, supports and more. These mines are generated randomly and thus each level is different from the other.

But it’s not so easy because they pose difficulties like rockfalls, abysses or the possibility of getting stuck in the mine. The challenge levels give you targets, clearing which will make you the proud owner of rewards and medals.

The best free Android games 2012 which were carefully handpicked by us, are up for all to see. Don’t forget to tell us your scores once you are done playing these charming titles.