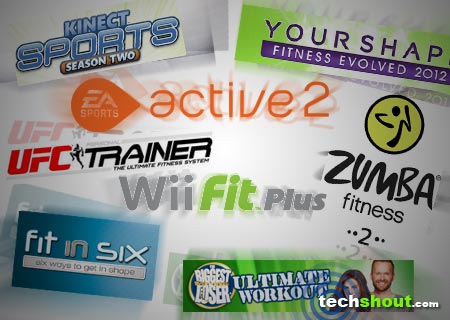 The best fitness games we’ve compiled in this list are all worth your time if you’re obsessed with health. Video game consoles were couch-ridden experiences before Nintendo decided to shake things up by releasing the Wii in 2006. It revolutionized the way people looked at such entertainment. And Microsoft and Sony were quick to follow by releasing their own motion-controlled accessories that encouraged developers to create titles that would force us to get our behinds off the sofas and play games using something more than our thumbs. Lots of titles out there are aimed at fitness enthusiasts and at those who have a fetish for maintaining their figures. Let’s have a look at 8 such games which are the best in town. 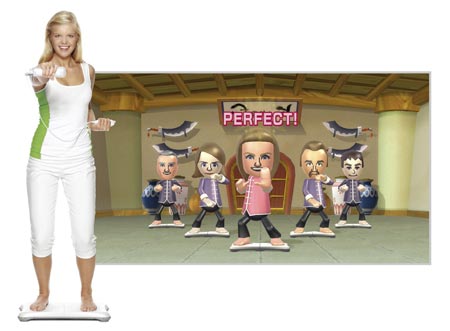 Aerobics, strength training, yoga asanas – you name it, this game has it all. Wii Fit Plus can easily be described as the ultimate fitness program for the entire family. It comes bundled with a Balance Board, which is required to perform most of its routines.

The title also includes a calorie counter so that you can keep track of your workouts seamlessly. It is available to purchase exclusively for the Wii. 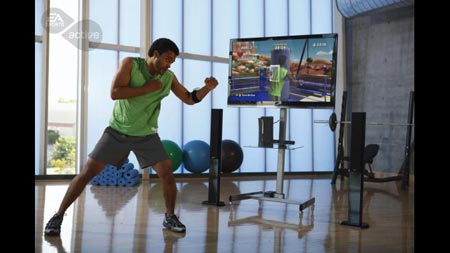 Now here’s a game that can be enjoyed on any of the three home consoles. EA Sports Active 2 focuses on body-toning and even comprises a 30 Day Challenge mode which proffers you workout routines that are tailor-made to suit your level of fitness.

Moreover, this game lends you the benefits of a Virtual Personal Trainer who’ll guide you towards your own set objectives. Developed by industry veteran EA Canada, this second title from our list can be bought now for the PS3, Xbox 360 as well as Wii. 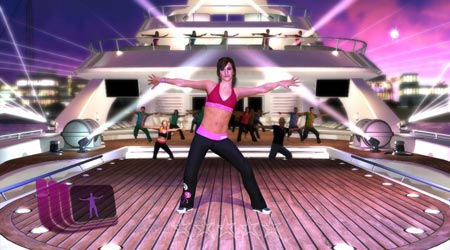 Dance enthusiasts will already be aware about the Columbian Zumba program which became quite a trend when its DVDs started hitting the markets. The video game industry didn’t want to feel left behind it seems; by 2010, there was already a title launched for consoles.

Zumba Fitness 2 is its successor and comes with a total of 24 dance styles that include Merengue, Cumbia, Bollywood, Ragga, Bachata, Latin Pop and Quebradita. It is purchasable for the Wii and the Xbox 360, with the latter version titled Zumba Fitness Rush. 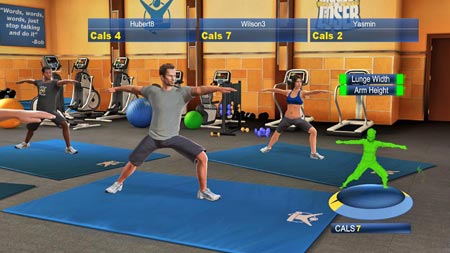 This game has celebrated personal trainers Bob Harper and Jillian Michaels to guide you through your very own stint on the hit reality show. Making use of the Kinect accessory, the one lets you select from preset compilations of workout programs that containing quick and targeted exercises.

Diet conscious folks too have something to look forward to in this title, as it comprises 50 healthy recipes that maintain your calorie intakes. But here’s the best part about The Biggest Loser: Ultimate Workout; it allows you to form an online community in order to compete in weekly challenges and become The Biggest Loser.

One of the most sought after games out there definitely has to be UFC Personal Trainer. This title is specifically designed for those inclined towards martial arts and fighting styles.

The UFC branding guarantees you MMA-inspired exercises, but you can also have a crack at moves from wrestling, kickboxing, Brazilian jiu-jitsu and Muay Thai within this game. It is available for the PS3, Xbox 360 as well as the Wii, and features online integration that lets you compete with your friends. 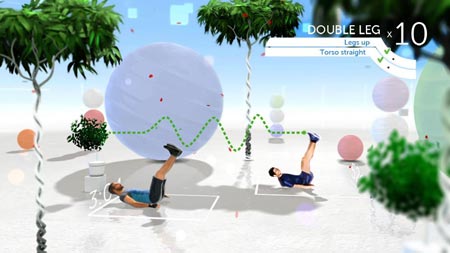 Everything including yoga, boot camp training, cardio boxing, jump rope as also, Latin, Hip-hop, African and Bollywood dance routines has been included in this Kinect-only game.

Customizable workouts based on your fitness levels, goals, schedules and preferences are available as well, along with exercises that are targeted at specific body parts like the abs, arms, legs, glutes and more. 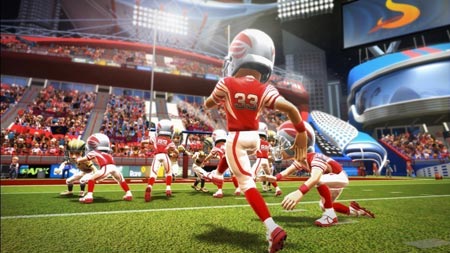 This next game in our catalog isn’t positioned as one, but is still a pretty good means to sweat it out in your living rooms. It provides you with six exciting sports as well as unique challenges and activities for each of them.

You can play as your Xbox Live avatar and even earn special rewards for the same. And the game’s online component enables you to compete with family and friends in any of the six sports. 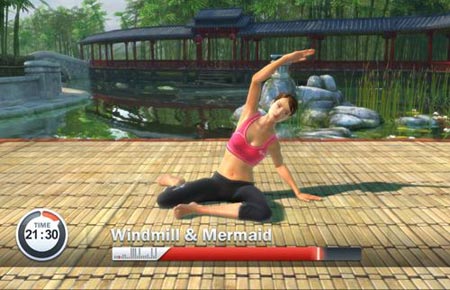 It also proffers motivating statistics like stamina, body strength, flexibility and coordination, while letting you enjoy individually tailored workouts that can be expanded with downloadable routines. Furthermore, you can upload your own music tracks to suit your workouts.

The best fitness games we’ve listed above all have their own special selling points. Make sure you browse through each of them and select the one that suits you best. The prices we’ve listed out for each are the Amazon rates.

Top five netbooks to choose from for this Dussehra