The best Fallout 3 mods mentioned right here are all set to take your gameplay experience to the next level. All you need to do is read through our list and download the ones that appeal to you the most. 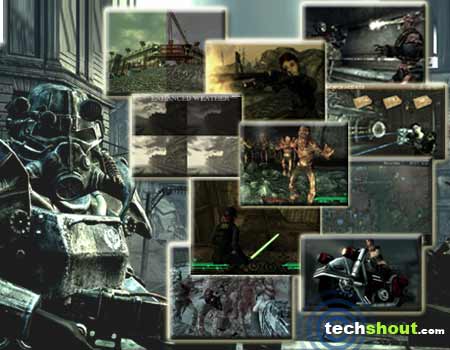 There are mods that alter the weather conditions and even offer drivable motorcycles, detailed maps and icons, enhanced weaponry and even a lightsaber, for all you Star Wars fans out there. There are also a few gruesome ghouls thrown into the amalgamation. 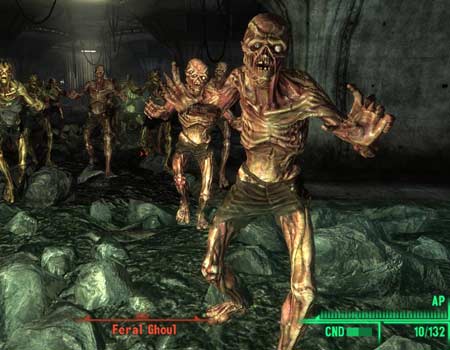 Craving for some new hideous beings? Well, Marts Mutant Mod is just what you need to add that sprinkle of ‘spookies’ to your game. It brings to the forefront a whole slew of new creatures like super mutant enforcers, wild boar, Yao guai pup, enclave deathclaw alpha, abominable mutants, monstrous dog and sesom’s iguanas. What’s more, they are all blessed with their own abilities, weapons, stats, loot, and textures. The software also comes with various plugins like zones respawn, wild ghoul rampage, increased spawns and tougher traders. 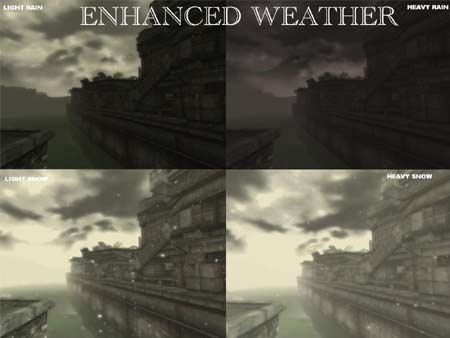 After dealing with creepy ghouls, it’s now time to tune in for the weather forecast. It seems like Capital Wasteland will experience some radioactive rain and heavy snowstorms. The Enhanced Weather program showers the title with a dynamic weather system that proffers a realistic feel to the drastic climatic conditions. You’ll also be able to hear the rain and thunder sounds while traversing through the in-game interiors. You can even take advantage of the sneak bonus that’s added to the delight. 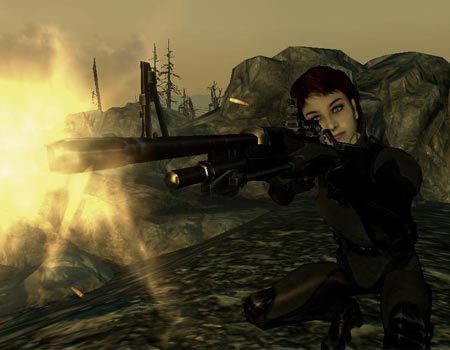 The Fallout 3 Wanderers Edition or FWE, as it’s also known, is noted to be a ‘major overhaul mod’ that alters the underlying mechanics and even brings a few new attributes to the forefront. The aim of this mod is to provide a sense of immersion and depth to the game, hence making the environment a more dynamic place to explore. This entrant in our best Fallout 3 mods lineup is here to improve the FPS as well as the RPG elements of the game so that players keep coming back for more. 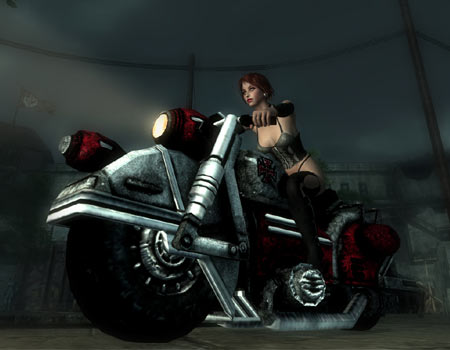 Want to zip through the Wasteland streets riding a mean machine? Well, download J3Xified Driveable Motorcycle, and you’ll be repairing, upgrading and even taking it for a spin in no time. What’s more, you can also endow your motorcycles with excellent textures, powerful weapons, and innovative inventions. Some of the add-ons include flamers, missile launchers, leaking gas tank, miniguns, Gatling lasers and even a light bulb. The developer has also thrown in a few mod kits like Darkflame, Wasteland Conqueror, Azure Knight, Iron Crusader and Standard Motorcycle. 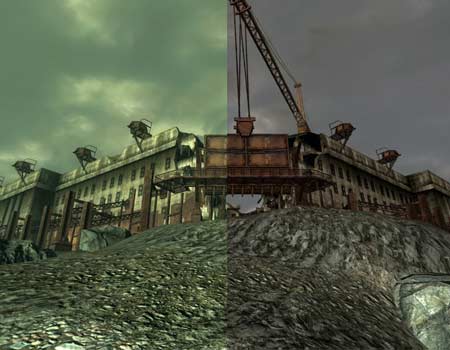 Is the eerie, tinted green effect clouding your gameplay experience? If you’ve answered in the affirmative, then the Fellout mod is just what you need. It clears all that annoying smog and provides a precise setting that somewhat resembles the Sahara Desert or Road Warrior movies, as revealed by the maker. The mod further neutralizes the indoor lighting and does away with any green fog that might be still lurking in the air. And if the Enhanced Weather mod is opted for, you’ll also be able to see rain in some areas. 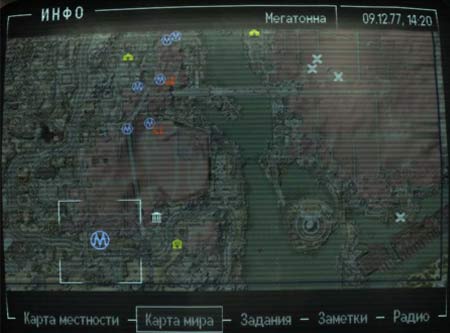 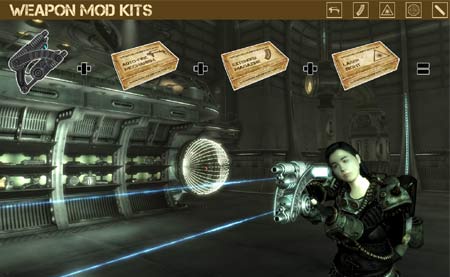 The Weapon Modification Kits mod enables you to employ standard workbenches for tweaking your weapons by adding a few useful attachments. Some of the add-ons read as an auto-fire mechanism, laser sight, silencer, extended magazine/clip and scope. You can apply these modifications to some firearms such as the Chinese pistol, 32 pistols, 10mm submachine gun, 44 magnum revolver, assault rifle, combat shotgun, lever rifle, laser pistol and alien blaster, among others. 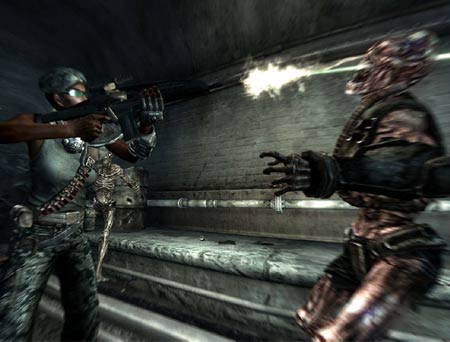 FOOK2 or Fallout Overhaul Kit jumps onto the scenario porting along a goodie bag that’s filled to the brim with new items, new gameplay features, and high-quality retextures. All the enchantments featured here are entirely rebalanced and even have the ability to support the game’s DLC. The treasure chest of items comprises of armors, weapons, ingestibles and other exciting surprises. 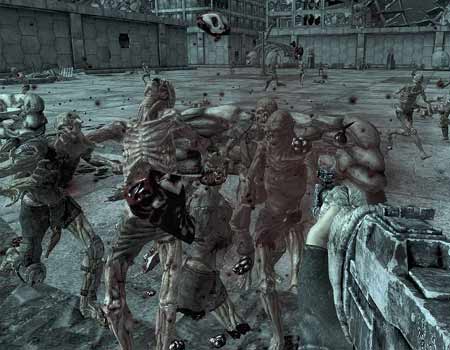 There are more hideous creatures to be had in our roundup of best Fallout 3 mods. Ghoul Massacre is a standalone mod that transports you and four other squad members to a building that’s facing a large plaza. When the sun sets, the nasty ghouls emerge from the Metro tunnels that are located at the end of the plaza. You and your buddies have to survive seven whole nights before the rescue squad finds you. 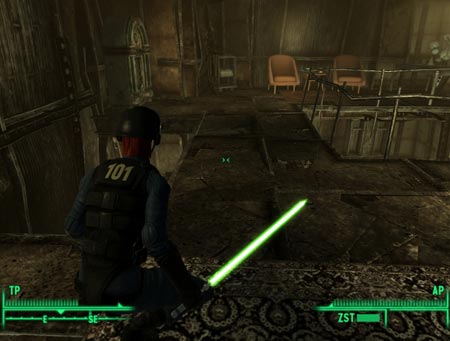 All you Star Wars fans out there might be interested in the innovative Lightsaber mod. This contender unveils a new weapon called the Prototype Lightsaber that shines brightly in 7 hues namely, purple, green, cyan, red, yellow, blue and silver. It’s blessed with a durable blade which will clock in some high damage when used on the enemy.

Are you a fan of Fallout 3 – the action RPG open world game that’s developed by Bethesda Game Studios? Well, if you find yourself nodding in agreement, then we suggest you avail of the aforementioned best Fallout 3 mods that are sure to enhance your love for the title. Although the third installment in the Fallout series hit the scene nearly half a decade ago, it’s still a favorite among many a gamer around the globe. And that’s precisely why we’ve brought out such a list. So if you fall into this category, do try them all out and return with your feedback. We’re waiting.