Bringing a sense of nostalgia are the best DOS games that kept you awake all those nights, back in the day. We’re sure you must be already reliving the best times in your mind as you read this. The early OS that invaded the virtual terrain in 1981, brought out the gamer in all of us. There were power-packed titles which included Doom, Duke Nukem, Wolfenstein 3D and Crusader as well as other enthralling names that had us glued to the screen for hours on end. 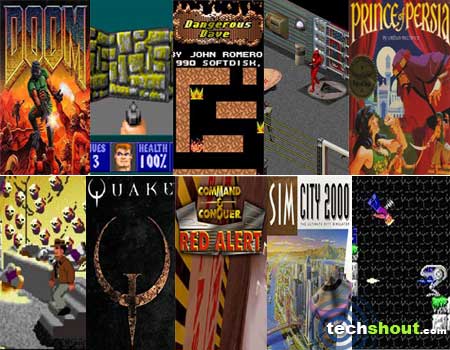 Ready to take a trip down memory lane? Well then, read on. 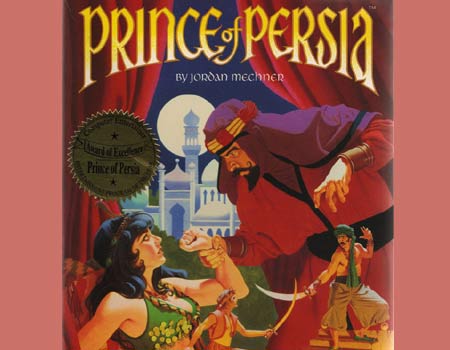 They’ll be very few players out there who haven’t tried their hand at beating the evil vizier Jaffar, by stepping into the shoes of the brave prince. However, if you’ve played the first version of the title, then you’ll surely remember leaping across dangerous ledges, hanging from them, sliding through gates, engaging in slash-slash swordplay and of course, getting the spike treatment whenever you plunged to your death because of some faulty tiles.

This fantasy platformer that was originally created by Jordan Mechner first made its appearance in 1989. 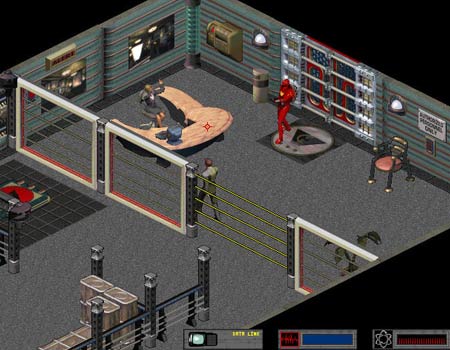 This entrant in our roster certainly brings back memories of shouting out ‘no regret’ after each killing spell. The Crusader series was unveiled with just 2 titles namely, No Remorse and No Regret which was released in 1995 and 1996, respectively. Now the iteration in question offers a highly interactive environment that must be used as an advantage during battle.

Foraying onto the scene with the tagline, ‘nonstop action from a different perspective,’ the title also includes an awesome storyline that follows close on the heels of the events that occurred in its predecessor, as well as some great music bits. 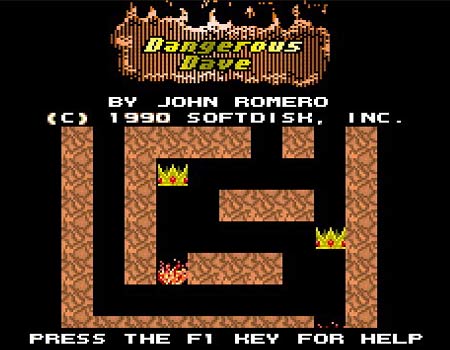 The title roped in here was indeed responsible for all those aching fingers since 1990, when the PC version hit the gaming scene. Wondering whom to thank for this precious gift? Well, the brains behind this endeavor is called John Romero. The aim of the title is to gather gold cups and progress to the next level.

As simple as that, yet very addictive. After the original installment, Dave has been seen sliding his way onscreen through many other titles like Dangerous Dave Returns and Dangerous Dave’s Risky Rescue. 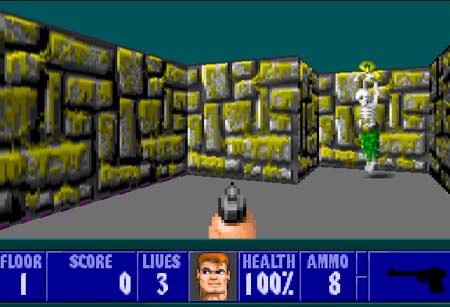 Opening doors, fending off vicious dogs, shooting Nazi scum and scurrying through a labyrinth, were all in a day’s work for Wolfenstein fans who played the title back then. Here you’re called on to wend your way through a complicated maze of floors, doors and hallways in order to make it out of the dreaded Nazi prison unscathed.

The FPS title developed by id Software and designed by Romero, jumped up for the Disk Operating System platform in 1992. It had difficulty levels that ranged from ‘can I play daddy’ to ‘I am death incarnate.’ ‘Die, Fuhrer, Die,’ 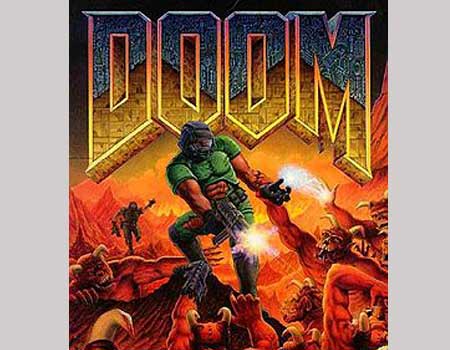 Here’s another gem from the treasure chest owned by id Software. At first glance, you may perceive it to bear quite a few similarities to the aforementioned title. However, this contender in our lineup comes with its own flavor that helped the title become the founding stone to a handful of successors.

Some of its notable attributes include a texture-mapped environment, light diminishing, non-orthogonal walls, variable height floors and ceilings, palette translation, environment animation and multiplayer options. The sci-fi title even inspired a 2005 movie with the same name. 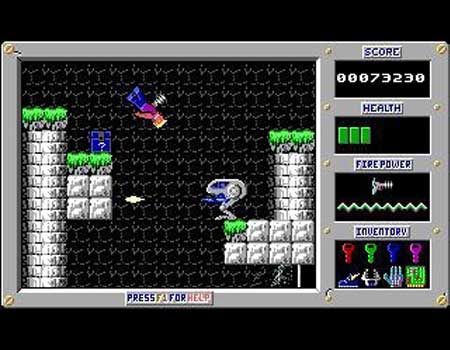 The 2D platform that’s published and developed by 3D Realms follows the dangerous escapades of Duke Nukem. The title made its presence felt in 1991 and called upon fans to track down the notorious Dr. Proton.

The goal here is very simple – destroy enemies, collect points and exit the levels. Some of its other attributes include cinematic effects, four-way scrolling levels, a high score chart, a demo mode and an integrated hint mode. 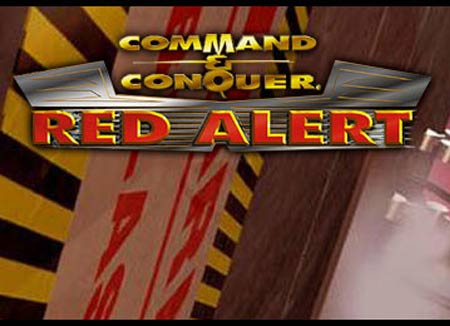 Categorized under the real-time strategy genre, this iteration is noted to be the second title in the C&C franchise. Released by Virgin Interactive in 1996, it’s also looked upon as the prequel to the 1995 installment.

The interweaving storyline is packed to the hilt with more than 40 missions and a pulsating soundtrack. The fate of the world is in your hands. 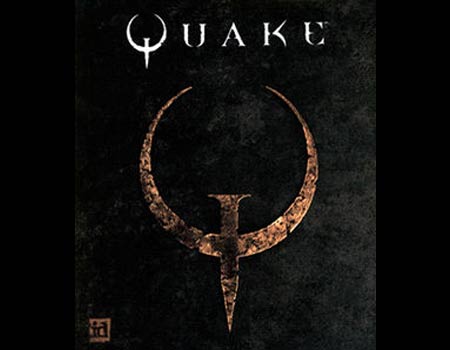 We bring yet another worthy FPS title into our list that’s created by John Romero. The first title in the acclaimed series was unfurled across the terrain in 1996. Players are called upon to conquer 32 single-player levels as well as half a dozen deathmatch stages.

You can equip yourself with weapons such as rocket and grenade launchers, thunderbolts and lethal nails to defend against nasties like Vore, Schambler and the cannibalistic Ogre. 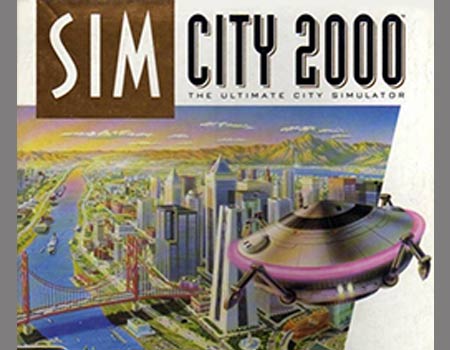 If you’re a city-building simulation fan, then we have just the treat for you. This particular title forayed onto the plane in 1994 and is the successor to SimCity or SimCity Classic which was released in 1989.

Expanding its reach with more attributes and features, the title lets you take on the role of mayor yet again. Here you can build your dream city by dotting hospitals, subways, zoos and colleges all over the place.

10 – Indiana Jones and the Last Crusade: 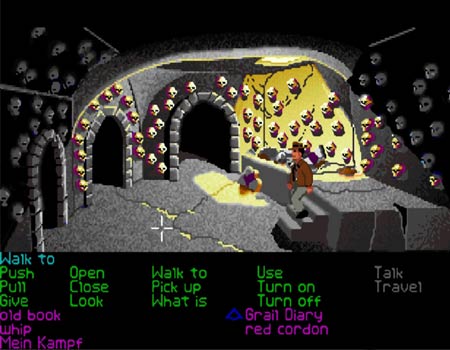 The whiplash action and iconic music took the gaming world by storm with the release of this title in 1989. For those who haven’t wielded the virtual whip and tipped the hat, the delight in question is a side-scrolling adventure title which features levels plucked right out of the film bearing the same namesake.

Stay constantly on your guard if you want to successfully conquer the title.

The pure gaming bliss experienced in the Disk Operating System era is certainly something worth reminiscing about. The laser guns, FPS and pixilated characters are all part of a huge helping that no 80’s kid could ever get enough of or do without. But if you were actively gaming post 2000 and still want to know what all the hype was about at that time, there are always online renditions and emulators out there that will help you in your endeavor. And if you would like to add a mention or two of your own to our list of best DOS games, you can do so by punching the names in the space allotted just below.