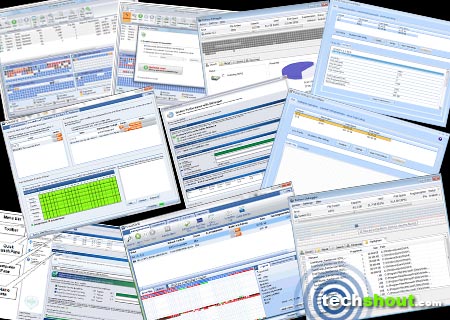 Why should you look at our lineup of the 5 best disk defragger programs? Well, you may want to know that as part of a routine maintenance task list for your hard drive, defragmenting should stand right on top. Basically, what a defragger program does is that it fragments hard drives to take care of issues like slowdown of the PC or loading of large files. And for users of the opinion that the inbuilt defragmenter application accompanying their systems should suffice for the purpose, there’s more reason to scan through the list below. 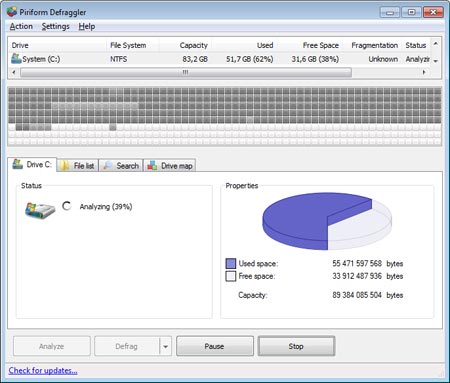 A simple disk defragmentation tool, there’s no denying that Piriform’s Defraggler software is one of the best among the breed. You can employ it to either defrag your complete hard drive or simply individual files. In fact, it is one of the few defragging programs to offer this feature. Primarily a Windows application, the software lends a helping hand to NTFS and FAT32 file systems.

More often than not, the sudden failure of a hard drive can really put you in a difficult situation. With this software tool at hand, you won’t have to worry much. Defragger has the ability to both read and write files in a manner identical to that of Windows, thus making it safe for use. Light on your system, the tool efficiently manages empty disk space too. In addition to this, you can even schedule a defragmentation as per your preference. The program is available for free. 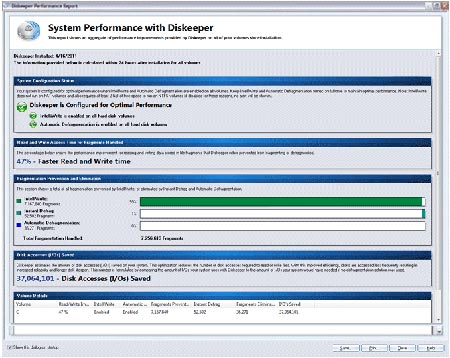 The Diskeeper 2011 Home edition software is tailored to not just improve the speed of your PC, but also its reliability. That’s one of the main reasons why we have it in our countdown of disk defragger programs. With a faster boot-up time, the high spot of this program is that it is completely automatic. All you have to do is install Diskeeper 2011 and watch it at work. Getting rid of fragmentations that could rob your PC of its performance, the software works its way at making backups and web browsing speedier too. You can bet a dime or two on applications getting a nudge in pace courtesy of all the work Diskeeper 2011 Home is going to do. You may also want to pay attention to the company’s claims of having the longevity of your hard drive being increased. The full version of this software is available at $39.95. 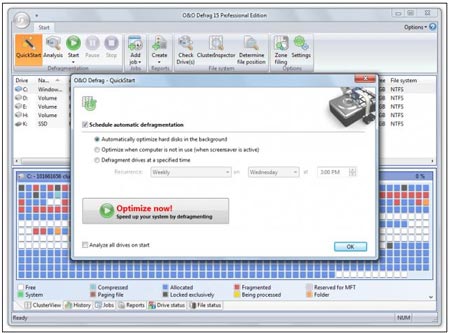 The O&O Defrag Family Edition is clearly a forerunner in the disk defragmentation terrain, thanks to its competence at multitasking. A maximum of three computers can use the software simultaneously for optimization of both their performances and speeds. The tool is in sync with the latest technology too with its optimization of varied SSDs standing out among other things. 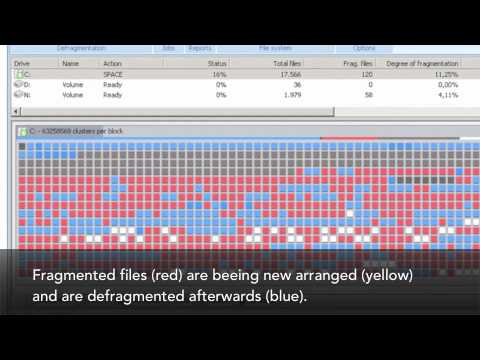 If you’re a novice user trying to understand the nitty-gritty of disk defragmentation, the simple user interface of the O&O Defrag is helpful. You can manage your PC resources effortlessly thanks to the O&O activity monitor. The tool also includes an improved feature to handle reports along with a total of eight defragmentation methods. Optimized control of zoning and efficient power management for laptops are some other handy features packed into this program. You can grab the O&O Defrag 15 Family Edition for $49. 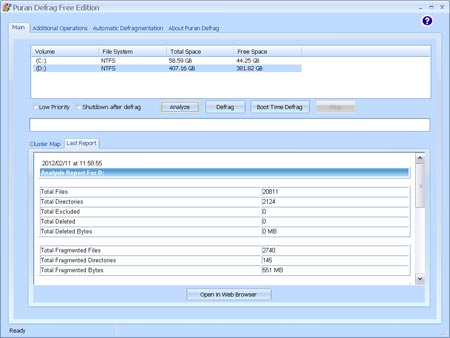 With the Puran Defrag software at hand, you can be rest assured about not missing out on potential speed benefits due to other system optimization tools. Yes, the next software in our list of disk defragger programs is simple to use and a notch up when it comes to defragging files. The software is smart enough to garner all data fragments in your PC and collate them together while transporting files that may be used often to faster locations. A winner at keeping hard disk wear and tear to a bare minimum, the makers reveal Puran Defrag to augment its life span. An intelligent optimizer, automatic defragmentation along with boot time defragmentation and low priority defrag further add to the utility of this tool. What’s more, the software is compatible with virtually all versions of the Windows OS. A single license of the Puran Defrag software will put you down by just $19.95. 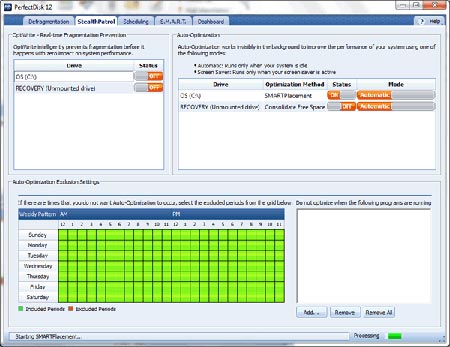 Faster web browsing and downloads together with a much improved photo and video editing experience are just some of the niceties on offer with the PerfectDisk 12.5 Home software. The flexible disk defragger is completely automatic, blending speed, control and ease-of-use perfectly and hence fitting well in our disk defragger programs lineup. The best part seems to be the inclusion of the new OptiWrite technology that keeps fragmentation on your drive at bay even before it can get started.

In addition to this, the PerfectDisk 12.5 Home software wraps in intelligent disk optimization with the SMARTPlacement attribute. What this does is that it arranges files on the basis of their usage pattern, allowing free space to be amassed without any hassle. The company’s signature boot file optimization further allows PCs to experience a faster start-up time. Additionally, the wide flexibility available with this program has us rooting for it. A single user pack of the PerfectDisk 12.5 Home disk defragger is priced at $24.99 only.

There are a number of defragging options available in the market and while some should suit casual users, others have been built to meet the needs of performance-heavy users. Obviously, it is important for you identify your usage before you decide on one of these best disk defragger programs. The idea should simply be to identify the task of running tedious defragging sessions without much effort. Get started now, will you?