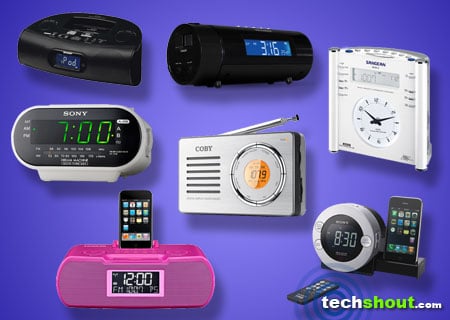 Taking a look at the best clock radios might seem somewhat archaic, but it is bound to evoke a sense of nostalgia among enthusiasts who appreciate the process of technological evolution. Sure we have our iPhones, BlackBerrys, Androids and other pretty smart gadgets which are fully equipped with both the features in question. But we can’t deny the old school charm of this small yet significant bedside companion who performs very few, but really important functions. So here we have a list of 7 contenders who are ready to stir you from your slumber with their alarm function and play some vibrant music on the radio to get you going. 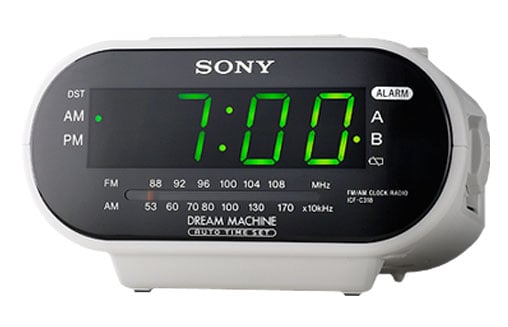 The Japanese manufacturer who is currently busy with delivering a whole new range of Xperias, has also brought us some subtle yet pretty fine-looking pieces quite a while ago. The Sony ICF-C318 looks like a standard alarm clock, but with a considerably bold digital display which lights up via a green LED. Just below this is a line representing radio frequencies that lets you tune in to your favorite radio stations. Also, you don’t have to worry about placing another alarm clock by your partner’s bedside. Available in black or white, this one is capable of setting in two independent timings. 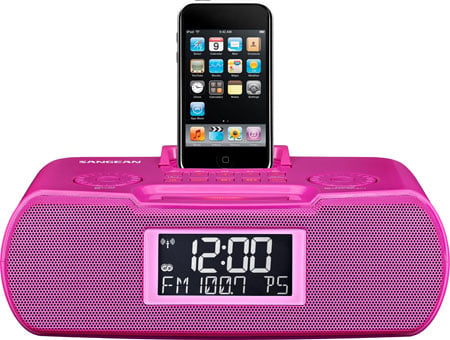 With a silhouette somewhat similar to the first nominee among the clock radios in this assemblage, the Sangean RCR-10 gives you a three color choice namely white, black, and pink to suit the different tastes of almost everyone. But the display here demands less space, and being an iPod dock, it takes up more footprint. Most controls are placed on the top, thus giving easy access to users. So when you are still half asleep, you won’t have to struggle to find different complicated buttons. Apart from the speaker, it also has provisions for earphones, so that you can have an undistracted bedroom or living room music session while staying away from your phone. 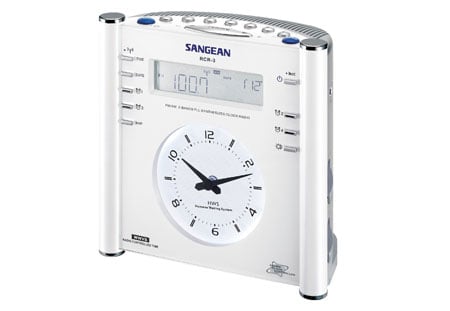 Another one from Sangean, it spares the non iPod community from wondering if their clock radio is missing something. This one to feature in our clock radios compilation appears like a simple table timepiece, but obviously hides a radio setting that lets you preset 14 memory stations. Apart from a digital display, it even has an analog clock to lend it a more conventional yet appealing look. Embedded with a time zone selector switch, the company also promises accurate time as it is set to update automatically from the U.S. Bureau of Standards in Colorado. 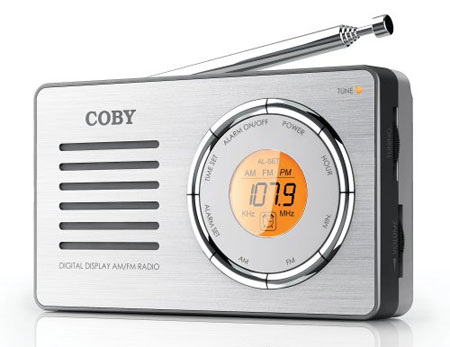 Anyone fancy an old fashioned design with some new age features? If you sprung up with a yes to that question, then the Coby CX50 seems like the right choice for you from among our best clock radio selection. Shaped like a traditional pocket transistor, this one even has a pull out antenna which we don’t get to see quite often these days. Created to be a pocket radio with alarm features, this will discreetly assume its position by your sleeping bag. It simply requires two AAA batteries and ships with lightweight stereo earphones. Incorporated with a full range speaker, it possesses a convenient hand strap for whenever you decide to carry it around. 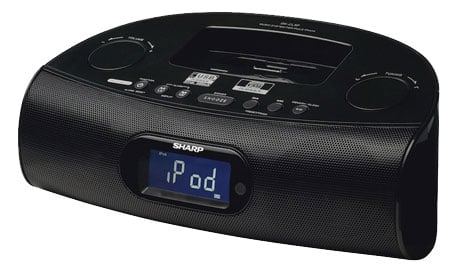 We have one more for the Apple iPod toting group, which can host an iPhone as well. So if you would like to awaken to your favorite music someday, then just fit in the either of the aforementioned devices and configure the essential settings. Apart from a dual alarm attribute, this one also flaunts the capacity of presetting up to 20 radio stations. Like most of us, if you are completely in love with the snooze button, the design of this model is meant to understand the relation between you and sleep. The big, important button is large in size, and pretty easy to locate as it sits at the top of the gadget. 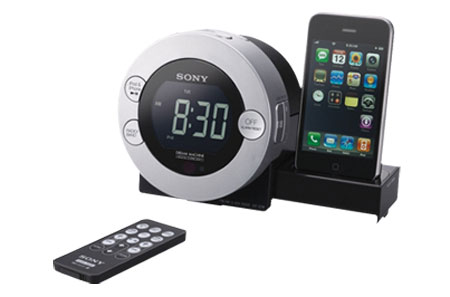 After contributing a no-frills gadget to our clock radios roster, Sony is also offering one in the iPod dock category here. Showing off a round design, it appears like a simple digital clock when you decide to keep the Apple music player away from it. Otherwise, it will slide out a docking tray to accommodate the device and play some of your favorite tunes loaded into it. This one includes a small remote control which is meant to come in handy when you want to play music while standing at the other corner of the room, or are simply too lazy to stretch your hand out to even hit snooze. 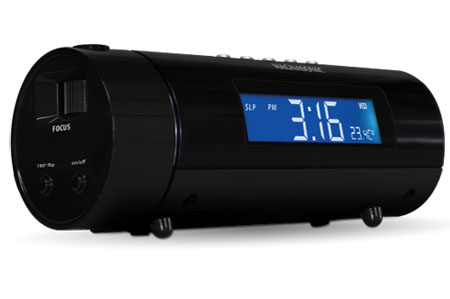 Are you amongst those who keep forgetting what button they’ve hit in their half asleep mode and mess up their entire schedule? The next contender promises some help in that area. Equipped with infrared sensor, it requires you to simply wave your hand once over the feeler and you are back in snooze mode. Another elegant feature exhibited by this gadget is the projection of timing so you won’t have to squint at the clock to read the correct right. You can even pre-arrange the angle at which you want the figures to be projected.

We have taken you through some of the most suitable candidates for the best clock radios in the present day. So let us know what you think about them, and which one you picked.