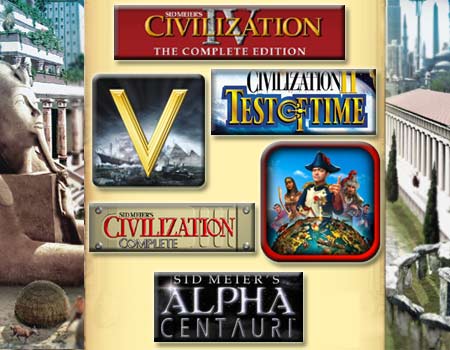 You might think that the best Civilization games list would comprise solely of Civilization IV and V. However, apart from this duo, there are a few other titles present in the series that are definitely worth a mention here. They too deserve a share in the spoils of being crowned among the acme lot. In fact, each iteration has something unique to offer to the highly acclaimed series. Now, if you’re scouting the internet relying on forums to find out just what the top titles are, then we suggest you take a break from that and throw a glance at our comprehensive roundup placed right here. 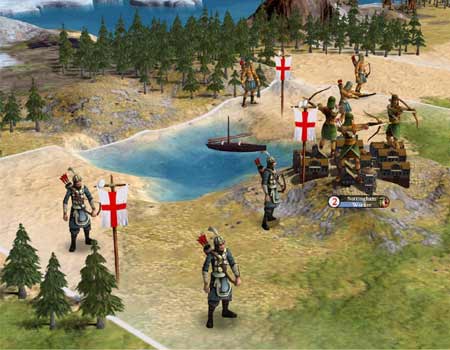 Here you get to step into the shoes of a great ruler and lead a nation of your choice to greatness, right from the dawn of man, all through to the space age. Exceed expectations by turning out to be a supreme leader. Besides including the original strategy classic that released in 2005, it also comprises of 2 expansion packs namely, Warlords and Beyond the Sword as well as the standalone game called Colonization. 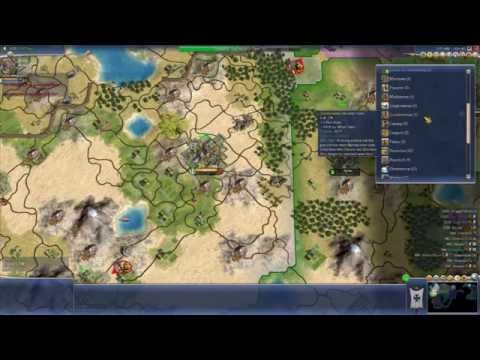 You can also expect to see innovative features like variable game scales, holy cities and great people fitted into this amalgamation. Pick up your copy of the PC bundle by shelling out just under $13 from Amazon. 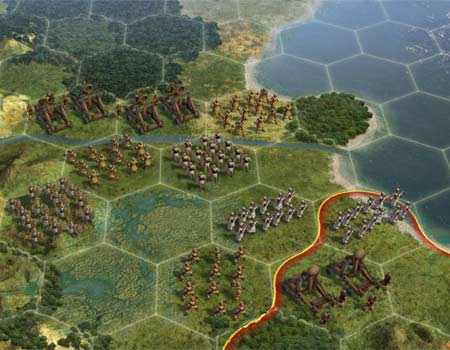 Modding, community and multiplayer elements are just some of the goodies you can expect to see in this particular inclusion in our Civilization games roster. Looked upon as the latest game in the renowned series, Civ5 allows players to successfully lead a civilization through the ages by discovering new technologies, waging war, building powerful empires, conducting diplomacy and facing up against some of the most influential individuals in history. 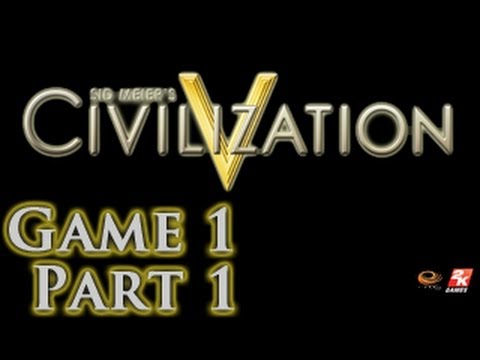 It’s further blessed with an intuitive interface, epic battles, 18 historical civilizations and an in-game community hub. The title is tagged at $26 and is available on Amazon. 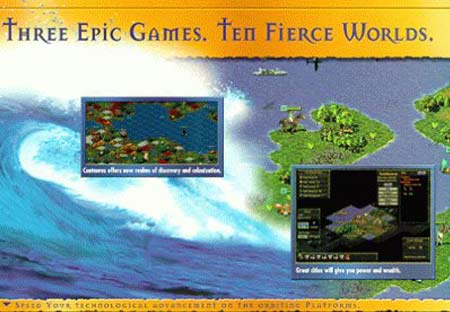 The turn-based strategy title, that made its way onto the scenario in 1999, is noted to be the remake of the Civilization II that unveiled a few years prior. Developed and published by MicroProse and Hasbro Interactive, respectively, Test of Time brought to the forefront multiple maps as well as a pair of campaigns that were sprinkled with fantasy and science fiction themes. 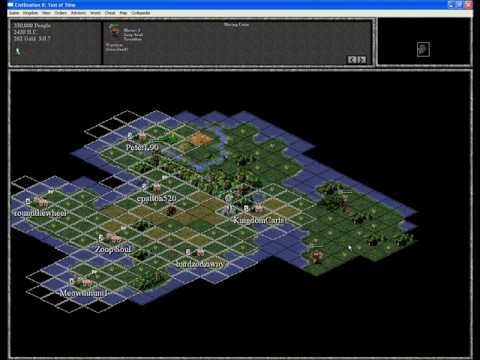 Fans were treated to an old Civilization II campaign version that sported just a few alterations. It sailed out with the tagline, ‘The greatest civilization awaits your command!’ You’ll be able to acquire the game by shelling out just under $8. 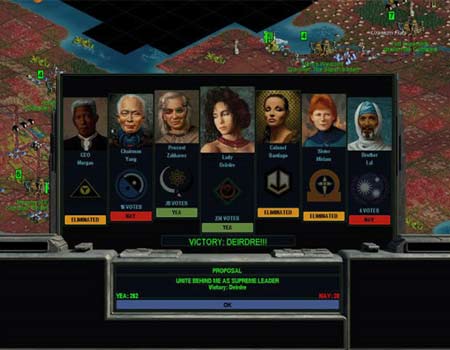 Firaxis’ second title also makes its presence felt in our Civilization games array. Unleashed by early 1999, the science fiction turn-based strategy title transports you into the 22nd century where you can dabble in empire building, tons of exploration, conquest and discovery. There was even an official expansion pack named Sid Meier’s Alien Crossfire which was released later that year. 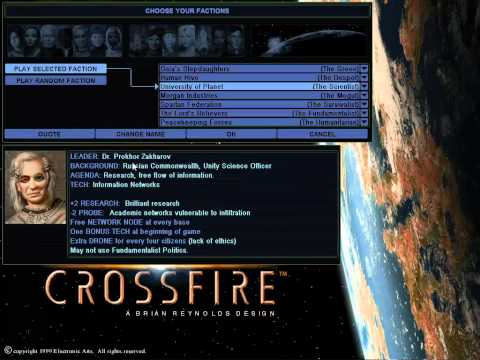 This included more than 75 technologies as well as offered players the ability to build over 60 base upgrades. The Planetary Pack which features both the titles as well as a free Prima strategy guide can be purchased for $50. 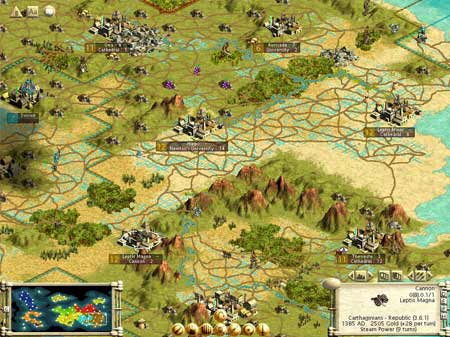 The third installment released late 2001 for the Windows and Mac platforms. The brains behind this endeavor call on all newcomers as well as fans to ‘dominate the world through diplomatic finesse, cultural domination, and military prowess.’ Form alliances, interact with powerful people and take complete advantage of an advance trade system for spreading technology and managing resources. 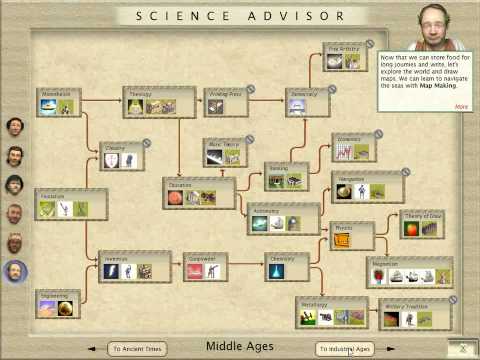 Plan your attacks better with the infusion of new elements like nationality, culture, and the arts. The title also proffers an easier UI, beautiful animations and an active world generator for more realistic maps. The Complete version can be yours for just under $6. 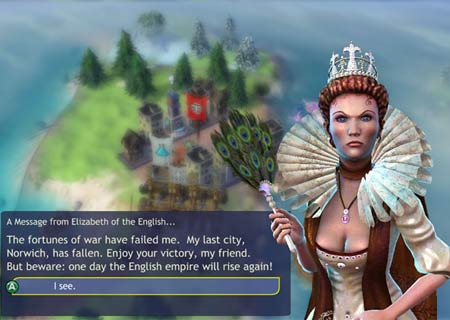 Developed by Firaxis and published by 2K Games, this 2008 iteration of the series spread its magic across a variety of consoles and systems such as the PS3, Xbox 360, Nintendo DS, and iOS devices. What makes this particular entrant in our Civilization games lineup so special, you might ask? Well, the gem has been built from ground up so that it can exploit the various features of the respective platforms. 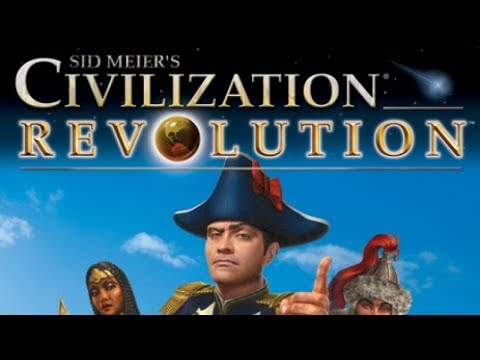 New controls, graphics and gameplay elements have been created especially for these devices. There are 16 civilizations strewn across different countries like Germany, Africa, America and China to opt from. What’s more, you can even Civ play as Otto von Bismarck, Abe Lincoln and Mao Zedong. By parting ways with $20, you’ll receive the Xbox 360 or PS3 version of the title in question.

It all began with the original Sid Meier’s Civilization game that definitely turned heads with its turn-based strategy 4x type elements. This neatly packed bundle released more than 2 decades ago across a host of platforms like Windows, Mac, Sega Saturn, Super NES and PlayStation. What followed was a whole battalion of installments, most of them foraying onto the scene with some pretty tantalizing expansion packs that will have you riding the gaming train for hours on end.

We want to hear from all you veteran players and fans of the series. Which ones are truly the best Civilization games in your books? Do let us know about your top choices by penning down a few of them in the box situated just below. And if you haven’t tried all of the aforesaid delights, we suggest you make a note of them and acquire the same immediately.