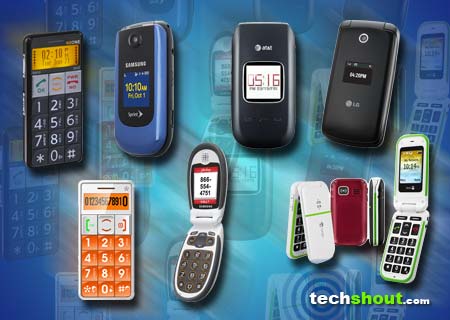 Putting forth the best cell phones for seniors list is an attempt towards making it easier for them to connect with near and dear ones. The array is suitable to help pick an undemanding yet useful handset that would nicely suit their needs. So if you have a loved one relaxing in the twilight years of their life with the need for a hassle-free medium of communication, you ought to take a look at this roster. 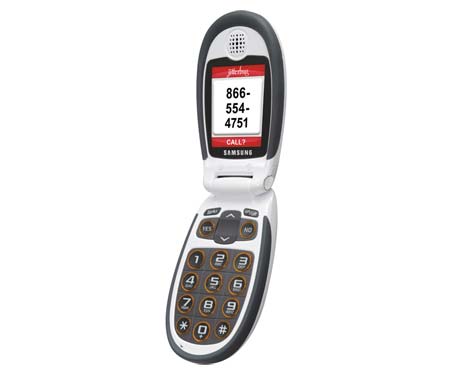 Judging by the looks, one might pass it off as a toddler’s phone, if there were any real ones. But the Samsung Jitterbug J is something authentic, and seems to be apt for folks on the higher end of the age bracket. The handset shows an oval form factor with no edges, dressed in color options like white, red, or graphite. It weighs about 4.06 ounces with a battery which offers talk time of up to 3 hours, or standby time of 300 hours. The menu is said to be less complicated as compared to usual phones, with mostly ‘yes’ and ‘no’ based navigation. The use of Bluetooth not only enables easy connection to other devices, but also to accessories like headsets, or car-oriented hands-free systems. The SIM free version of this one can be picked for $63.13. 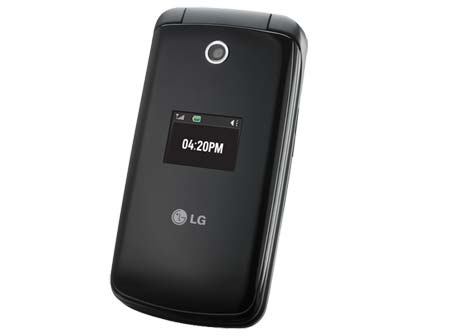 For seniors who consider themselves a little more active, the LG 420G with a 1.3MP camera seems like a good option. It lets you capture all those special moments with your loved ones in the form of images or videos which can be accessed later. Drenched in a classy shade of black, this handset in our compilation looks pretty sleek and stylish. The device flips out to reveal a TFT LCD screen which displays images in a resolution of 176 x 220p. It offers wireless connectivity options like Bluetooth version 2.1 + EDR, GPRS, mobile web, and more. The chassis also sports a microUSB cum charging port which allows it to be easily connected to a desktop. A prepaid handset from TracFone, the price tag around this one reads $9.99. 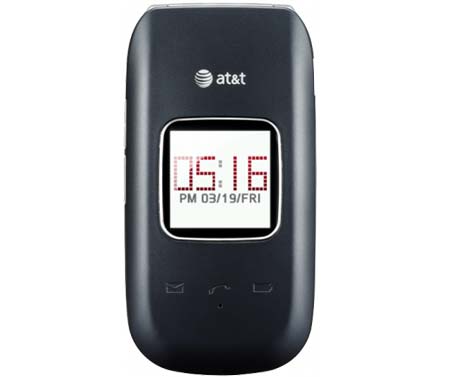 Featuring next on our lineup, the Pantech Breeze III shows off a 2.2-inch flip-out screen delivering 320 x 240p resolutions along with a pretty well-spaced numeric keypad. The latest edition of the original Breeze model, this one was launched in July last year. Exclusively available through AT&T with a two-year user agreement, the price of this handset, inclusive of mail-in rebate charges is $79.99. The network carrier has also announced the no commitment pricing of this device as $249.99. The 1.3MP camera allows 4x zooming and even has the ability to capture videos. It is incorporated with entertainment options like music player, FM radio, and more. 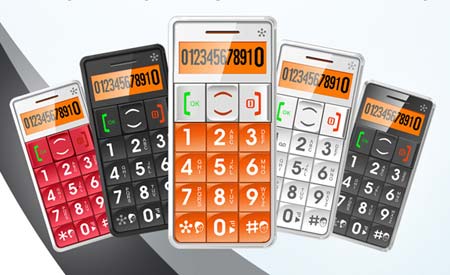 Something about this phone which we can associate with the number five in the title is the amount of colors options it’s available in. Users who are vibrant in nature can pick lively shades like red and orange. But for the more subtle ones, there are alternatives like black, white, or grey. Designed in a bar form factor, the screen of this one is pretty small, but displays numbers big enough to be spotted easily without having to squint at the orange backlit display. Nonetheless, the keypad buttons seem to make up for the screen size. The company promises a long lasting battery as well as a hearing aid compatible sound system. Priced at $89.99, data plans for this one start at $10 per month sans contract. 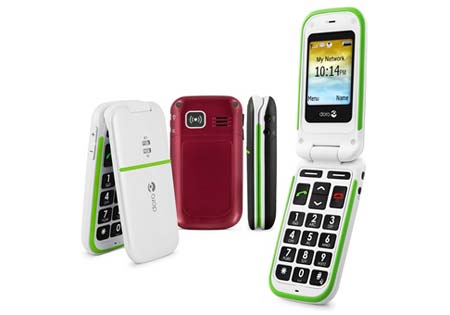 With another flip device in our compilation, it feels like these designs are becoming synonymous with elderly users. On the other hand, we can’t deny that the form factors also offer easy to use capabilities for the age group who wouldn’t want to worry about their phones too much. This clamshell device is being made available in shades of red, white, and black. The phonebook has a storage capacity of 100 names, while allowing multiple numbers per contact. It is also pre-loaded with games to keep you mentally active during your free time. The phone can be purchased for a maximum amount of $60. 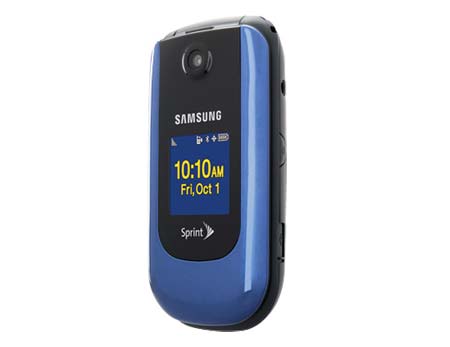 Available exclusively with Sprint as the network carrier, the company describes it as a basic phone which wraps in some essential tech specs as well. Dressed in a shiny, rich shade of blue, the front of this device shows off a mini screen which displays details like date, time, battery, network, and Bluetooth status. Along with this, it also sports a 1.3MP camera accompanied by a Samsung as well as a Sprint logo. It offers a battery life of 6.4 hours talk time or 435 hours standby time. If purchased with a two-year agreement, the price tag around this one reads $19.99 as opposed to the $209.99 regular price. 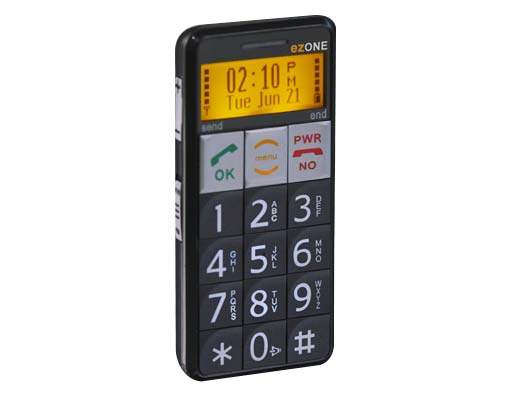 This device with a somewhat complicated name from a certain Tennessee based manufacturer, claims to be ‘just the phone’ for seniors. It flaunts big buttons paired with an orange backlit small screen, all neatly arranged on a candy bar exterior. The rear panel is dotted with a big red push button marked SOS which is an emergency call switch. A similar button can also be spotted on the Just5 handset seen in this list. While the company doesn’t precisely specify how the button works, the one in the earlier handset automatically calls up 5 of your pre-specified numbers until one of them picks up to help you in times of emergency. With data plans starting at $10 per month, the Snapfōn ez One should cost you $29.99.

So take your pick from our best cell phones for seniors compilation, and make it easier for a loved one to stay connected. And do let us know which of the above mentioned handsets you considered laying hands on.