The following best Canon PowerShot cameras, as most enthusiastic photographers might expect, have been selectively picked from the wide range of new snappers introduced by the company this year. Most of its lineups were refurbished earlier this month with plenty of alternatives. After being flooded with so many choices, it is pretty obvious that anyone will wonder about which is the most suitable option for them. So here is our pick of the seven best contenders from the fresh PowerShot array. You can take a quick look at each one of these devices and decide which one suits you the best. 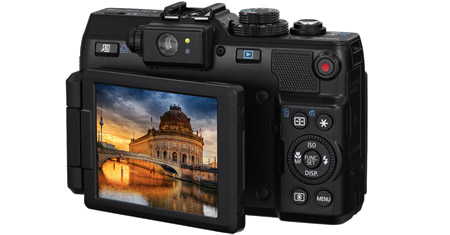 Before you can fully appreciate any other specification of this device, its price tag decides to act as a dampener. The PowerShot G1 X is probably the most expensive camera amongst the choices currently being offered by Canon. It is equipped with a 3-inch vari-angle TFT color LCD screen, which can be twisted to a certain extent. This should help you to click or record content from different angles in order to get a full view of what you are capturing. Embedded with a 14.3MP CMOS sensor, the camera offers up to 4x optical zoom. 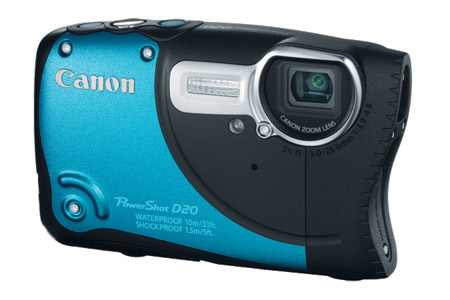 If you thought that Canon PowerShot cameras can only be used on land and in normal temperatures, you ought to think again. The PowerShot D20 with a 12.1MP CMOS sensor, is one of the two cameras from Canon which push aside the elite ones on this list and take the center stage when it comes to being adventurous. The camera boasts of a water-proof, shock-proof and freeze-resistant build. You can use it under water to a depth of about 33 feet, or even in temperatures ranging from 14°F to 104°F. It is also said to be capable of surviving falls from a maximum height of 5 feet. 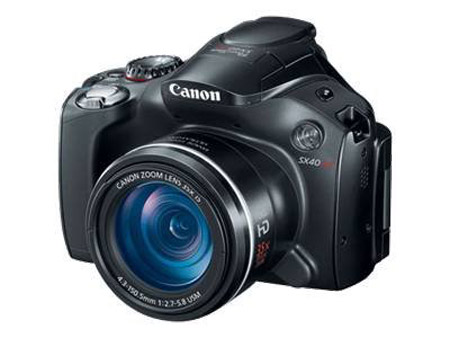 The PowerShot SX40 HS is somewhat close to the first contender we introduced on this list of Canon PowerShot cameras. Though its design resembles an SLR, it seamlessly fits into the category of compact cameras. So if you are content with digital snappers but don’t mind a device which exudes the appearance of an SLR, this seems like a good option. The highlight of the gadget is the 35x optical zoom which lets you get pretty close to the details of a scene while capturing it. The shooter comes with a 2.7-inch LCD display and a 12.1MP CMOS sensor. 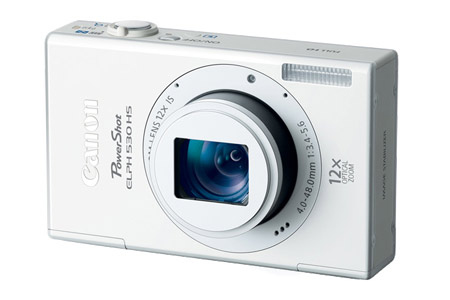 If you are among those who look for a slim profile in every gadget they wish to buy, here is something which might entice you. The PowerShot ELPH 530 HS is a classy looking, sleek snapper which assures a similarly impressive performance. Drenched in classic shades of black or white, the device possesses a 3.2-inch touch panel PureColor System LCD to let you instantly view captured images and videos. It is integrated with a 10.1MP sensor and offers Wi-Fi connectivity so that you can readily share the content you have recorded. The device’s Smart Auto function is capable of suitably adjusting the camera settings on the basis of 58 pre-defined shooting situations and assessment of the real-time conditions. 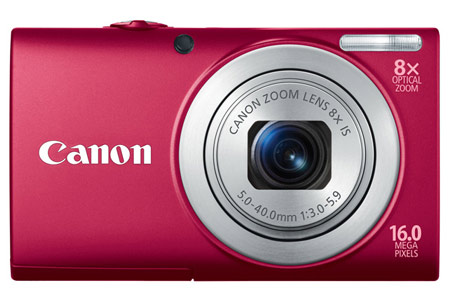 If you believe that your camera should be as attractive as the images and videos it captures for you, the trendy color options for the PowerShot A4000 IS seem capable enough to lure you. You can pick your favorite hues from choices like black, silver, blue, red, and pink. A look at the technical specifications of this image capturing device reveals a 16MP sensor with the Digic 4 image processor, 8x optical zoom, a 28mm wide angle lens and more. It is also equipped with the Smart Auto function, because of which the camera can select from 32 different scene settings as well as scene modes like super vivid, poster effect and miniature effect amongst others. 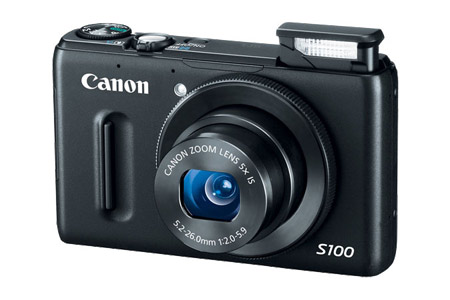 The PowerShot S100 is one of the more high-end, advanced digital image capturing gadgets from Canon to feature on our Canon PowerShot cameras compilation. This snapper maintains a subtle profile, but claims to pack in some pretty powerful features. Equipped with a 12.1MP CMOS sensor, it employs the Digic 5 image processor. It comes integrated with GPS technology, so that all your locations are recorded and the device can display captured images on a world map. The integrated 3-inch LCD monitor is coated to be scratch-proof as well as dust-repellent. 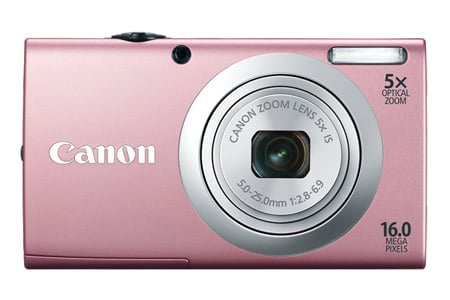 Sleek and elegant are just two of the words we would use to define the PowerShot A2400 IS. It is a compact device with dimensions of 3.72 x 2.22 x 0.84 inches. You can easily slip it into your pocket or purse and stylishly pull it out to freeze spontaneous, fun moments. Drenched in tones like silver, blue, pink, and black, the A2400 IS has been fitted with a 16MP CMOS sensor. Using the Intelligent IS system, it can automatically choose from up to six modes to improve image stabilization with respect to the shooting conditions.

Now since we have taken you through an array of the best Canon PowerShot cameras, the photographer inside you might be itching to grab one of these and try it out. So when you are done clicking a few snaps, don’t forget to tell us how you liked it.