While searching for the best BlackBerry PlayBook apps you may notice that the ones available are not as plentiful as anyone using the tablet would wish them to be. But with Android developers porting their creations to BB World and the ability to side-load offerings which haven’t been repackaged for the slate, there’s less reason to complain. If you’re trying to decide on which tools are best for the device, just take a peek at our list – 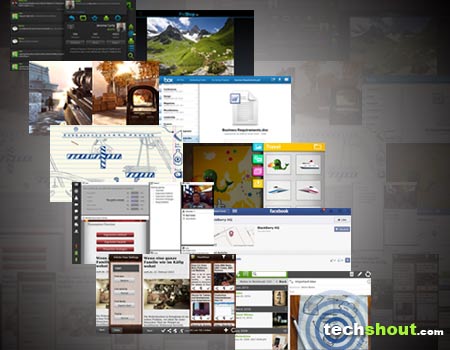 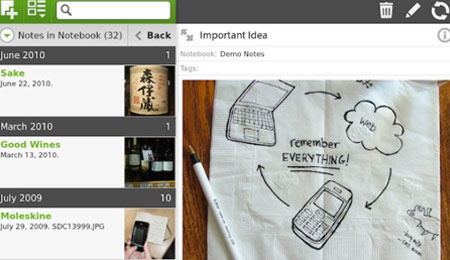 If you hear BlackBerry and automatically think productivity, it’d be better to start with a utility which lets you take notes on the go. The fact that all your content is backed up and then synced across compatible devices means you’ll almost always have access to them from just about anywhere.

Talking about the Evernote interface, a two-column view and a full-screen mode are on offer here. While making notes, you can add existing audio clips, photos and files to them. There’s also the ability to take a photo through the camera right from the UI or record audio while you create notes. 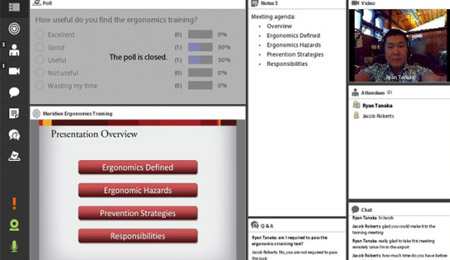 The second entrant on our BlackBerry PlayBook apps roster is practical for video conferencing needs. Using it, you can start or join meetings with those who have it downloaded too. From the perspective of the host, you can allow or disallow guests from participation, expel users from a conference, assign Host, Participant or Presenter roles to attendees and so on.

All the available functions in Adobe Connect Mobile are divided into sections called Pods. Users can enter the Chat Pod to type in questions they may have about the presentation and they can even check if their query will be addressed by the host or presenter. There are options to view merely slideshows and animations created by the person in charge, to watch the presenter along with the slideshow and also, to keep an eye on all the activities at hand. 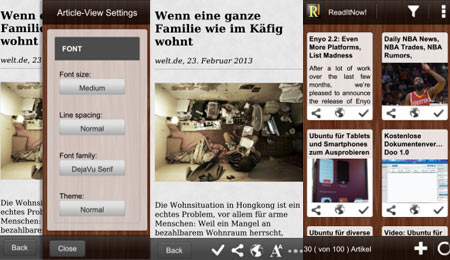 Having previously capered around as ReadOnTouch Pro, this 9MB download delivers you the convenience of saving web content you want to peruse for a later time. So even if you’re holed up in an area which does not have connectivity, you should still have something to read on the tablet. Speaking of reading, there are some handy settings for changing the style or size of the font, theme and line spacing while going through an article. 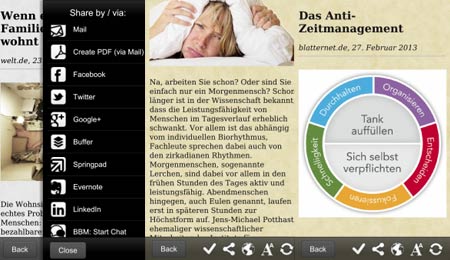 If you’d like to point out interesting content to friends, you can do so via sharing alternatives such as mail, Twitter, Facebook and Google Plus. You may even store stuff you find important, on Springpad or Evernote. 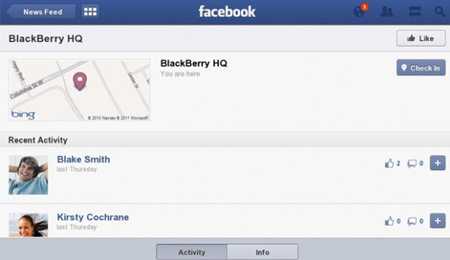 Moving over to the social networking angle, it’s not likely that you’d want to give Facebook a miss if you’re one of the millions who has an account on the SNS. Arriving from the developers over at BlackBerry itself, the program is essentially optimized to work with the slate in question.

It’s a 2MB file which can be availed of for free, of course. The full-blown functionality of the website is not exactly on the menu here. But you can still view Mutual Friends, access Places or Events, delete Wall posts and check out your conversation history of messages and chats in v2.2. 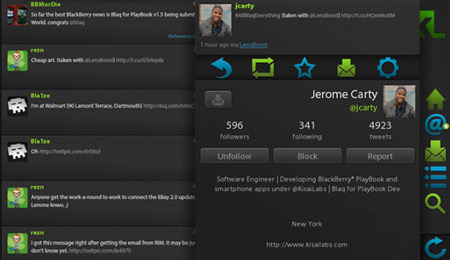 Widely touted as the best Twitter experience and hence present in our collection, Blaq is a utility that will bring some tweeting joy to you. It drags in a lot of features which are standard on the actual site and sports a slick UI to boot.

One really neat element fitted into the functions lets you preview an article or picture that has been tweeted, without actually directing you to the concerned link. Within settings, you will be able to connect accounts in order to juggle with more than one. Lastly, customization has you covered if you want to tweak font size or style, turn alerts on or off and so on and so forth. 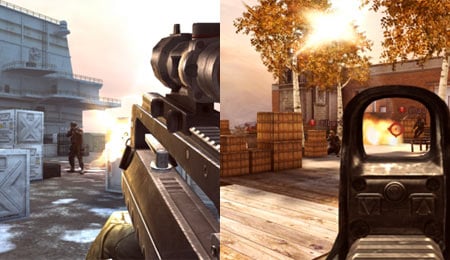 The next contender on our BlackBerry PlayBook apps is for the hardcore gamer who has a thing for FPS games, Modern Combat 3: Fallen Nation should be an ideal pick. The graphics play out nicely on the 600 x 1024p display, the audio is extremely clear and the controls are pretty responsive to the touch.

The title will have you battling for the freedom of the US through 13 missions, on a solo campaign spanning from Los Angeles to Pakistan. The one aspect which could bother you if you’re into co-op based gameplay is the lack of multi-player support. 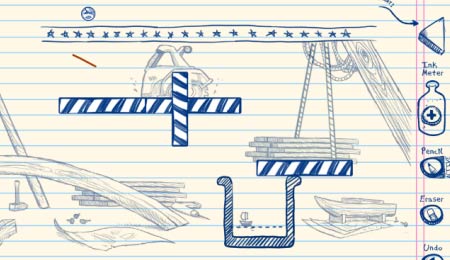 Now we’re not going to recommend Angry Birds for the casual gamer in you. Come on, you play it everywhere else anyway. Why not try something different in the form of Scribbles instead? Its interface is designed to look like a lined notebook with doodles all over it.

The idea is quite simple – you have the circular Scribbles on a platform suspended above a container. Your job is to use a limited supply of ink to draw lines and direct the Scribbles into the jar. It sounds way more boring than it actually is. Why don’t you watch the video posted above and decide for yourself? 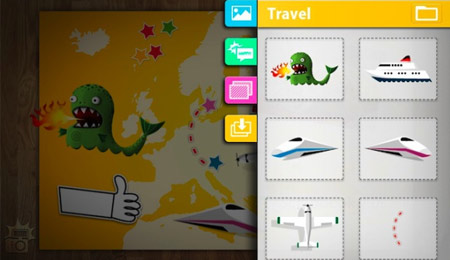 We’ve always been fond of putting together bits and pieces of interesting images we come across. And if you’re like us, you will enjoy tinkering around with this software too. It basically allows you to make virtual scrapbooks out of wallpapers, photos and stickers, using multi-touch gesture controls.

You can also add to the medley by purchasing themed sticker and wallpaper packs from within the UI. Your creations can be posted to Facebook for friends to ‘like’ or comment on and all your scrapbooks are clipped onto what appears to be a clothesline. 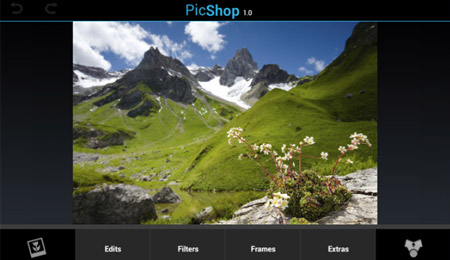 Eager to snap up a photo editor for your tablet? The $3.99 PicShop utility should do the trick. We mean, how much longer are you going to wait for Instagram to hit BlackBerry World and then make it to our BlackBerry PlayBook apps list?

The developers have stuffed the editor with a horde of effects and other tools with which you can enhance or personalize your pictures. Meme Maker, Sketch Mode, Speech Bubbles, stickers, filters and social network integration are just some of the accompanying options. 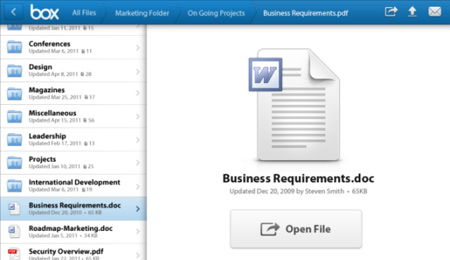 Lastly, some of you could probably do with extra space on your device. Enter Dropbox and Box into the ring. Both are free cloud storage utilities and both make the task of squeezing out productivity while on the move easier. So which one to choose?

Well, Box renders users 5GB of hoarding room, while the other offers 2GB of the same. It’s true that the two have some finer points of difference between them. But where the gigabytes count, the former is the winner.

So does our lineup of best BlackBerry PlayBook apps seem to have you covered when you’re hunting down the essentials for your tablet? Have we missed out on any important aspect which could enhance the functionality of the device, according to you? Do tell us about it in the comments section below.