We’ve stacked up the best Android tower defense games for those of you on the watch-out for interesting games. If you’re yet to explore this genre, there’s no time like the present. The idea on which these games are based is pretty simple – your job will mostly involve building towers that will deliver you convenient vantage points from which you must take down waves of approaching enemies. Here’s a list you might be interested in checking out – 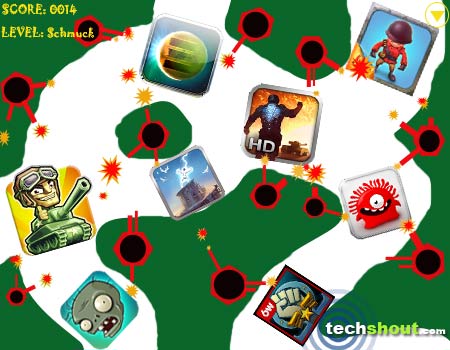 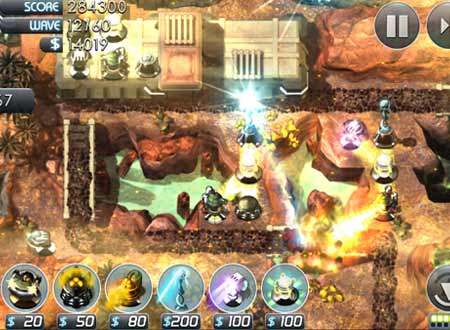 The first installment saw humanity’s off-world colony on Mars being attacked by aliens, the second had a mass of aliens coming after Earth itself. Now it’s time for the third and the best installment so far, the only one in the series available in Google Play, in which you attack as well as protect your side. You’re the commander of the dropship Sentinel and the whole of mankind depends on your leadership in order to survive.

The Tower Defense campaign is set across 20 levels with more than 20 unlockable turrets, drones, abilities, and orbital ship weapons up for the taking. The sounds and interesting graphics succeed in pulling you right into the fight. If you liked the game, keep an eye out for Sentinel 4: Dark Star which is slated to be released this year itself. 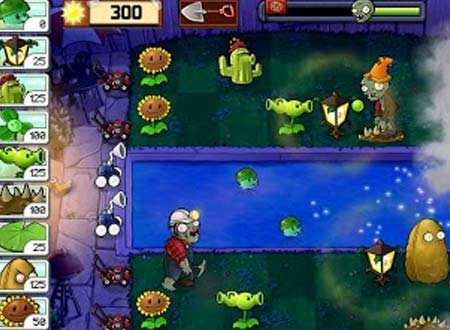 If plants could attack, we’d prefer that they only go after zombies. Did you hear that, Mr. Shyamalan? But that’s not the only reason we have Plants vs. Zombies in our gathering of games. Throwing traditional elements of tower defense out of the window, PopCap decided to hit us with a garden full of zombie-loathing plants that must be used to prevent the undead from getting to the player’s front door.

This game on our tower defense games for Android lineup contains 50 levels covering day, night, fog, rooftop and swimming pool settings. You have a green army of 49 to secure your home from 26 kinds of zombies. There are Venus flytraps, cherry bombs, peashooters, wall-nuts and more at your disposal. Adding to the madness are zombies on pogo sticks, bucket-heads, pole-vaulters and so on. But don’t forget, your ordeal won’t be over until you face up to Dr. Zomboss. 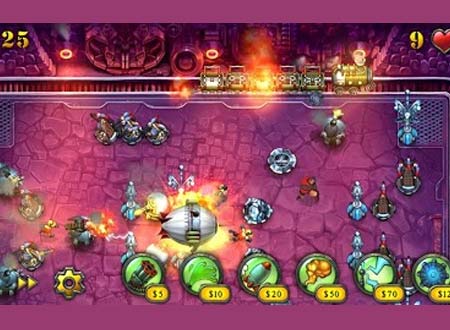 After gaining a lot of popularity in iTunes, Subatomic Studios’ Fieldrunners was ported to Google Play Store. It’s classic tower defense bundled into a neat little package along with crisp HD graphics. In this offering, turrets can be placed on the battleground according to your fancy, with the aim of forcing enemy battalions to move through the devious paths you’ve designed.

You can play in 3 modes covering Classic, Extended and Endless. There are 400 waves in 4 battlefield settings that you must win through. What’s more, you will be armed with 7 deadly weapons to help you overthrow your opponents. 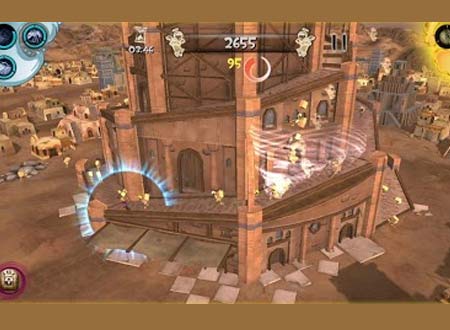 The Babylonians are in a building frenzy; you’re trying to stop them from constructing the intended structure and reaching your abode. Who are you? You’re God, of course. Backed up by ‘heavenly’ vocals, the game eggs you on with a sense of urgency as you do everything in your power to smite down the Super Priests, Slavers and Super Workers.

There are 15 missions to work through and the 4 elements of earth, water, fire and air for you to command. If you think letting one worker escape is no biggie, you’re mistaken. They build really fast and before you know it, you’ll be fiercely calling upon lightning, floods, earthquakes and meteor showers to punish the humans. It will literally feel like you’re trying to stamp out a swarm of angry ants here. 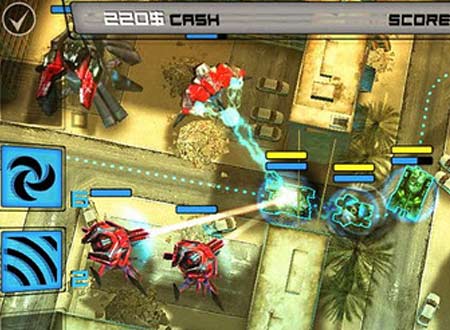 Turning the idea of regular games on its head and still featuring as a favorite among many fans of the genre, this 11-bit studios offering puts you on the offensive side. You’re part of a well-armored force whose sights are set on destroying the alien horde which is prepared to hold up against your onslaught.

You will be required to think strategically, pick the right team, weapons, and routes in order to accomplish the mission. Pull together resources smartly, for they will come to your aid when there’s need to purchase and upgrade to far more potent units. 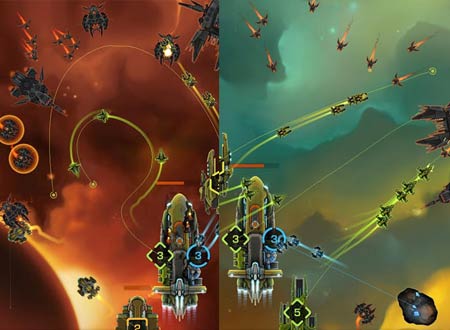 Tower defense in outer space; now that’s more like our kind of scene. You’re the commander of the Strikefleet Omega and the humanity’s only hope against the Hive Queen and her Brood who have already annihilated Earth. They’re coming after the other colonies in space and you obviously can’t stand aside and let that happen. Apart from taking on enemy attacks, you must also mine for crystals to help warp in reinforcements from the shipyard in Armada.

The game delivers you a wide choice of ships to aid you in your endeavor. There are Artillery Gunships, Particle Projection Gunships, Starfighter Carriers, Advanced Mining ships, Bomber Carriers and more to pick from. One of the many weapons you will be able to employ is the Death Blossom, a sort of WMD for putting an entire flock of enemy ships out of action simultaneously. 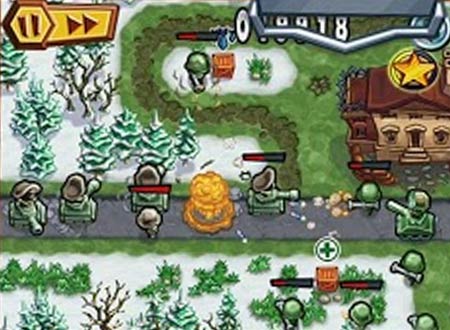 Here’s another one in our tower defense games queue which will let you move around your units instead of shooting down opponents from a stationary point. It’s the successor to Guns’n’Glory Wild West in which you play as a bandit. In WW2, you’ll find yourself stationed at the Western Front in the year 1944. You’re on guard duty with the rest of the boys and that’s when the opposing army decides to send their troops at you.

Calling on you to use your tactical skills, you have to juggle everything from gathering supply crates to summoning airstrikes to get your wounded soldiers cared for by medics. You can battle on the side of the Allies or Axis Germany. The developer has tossed 12 maps, 3 difficulty modes, 4 different units for recruiting and Glory Coins into the fray. 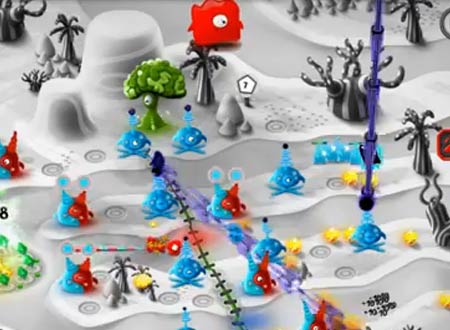 Our last game on our tower defense games for Android list is set in a lively, cartoonish environment painted in shades of gray and white. The only color you will see is on the invaders and protectors of the green crystals. The events play out in the Jelly nation where you’re charged with the task of guarding the Diploglobe against the enemy.

The invading forces roll out in hues of blue and red. You have 3 types of towers to pick from – blue, red as well as a blue and red combination. The blue one takes out blobs of the same color, the red shoots down red enemies and the blue-red construction kills both. But don’t just hang back and chuckle at the funny sounds escaping the creatures, you need to scramble around collecting the gold orbs from the fallen villains for points.

So did you find the time you spent reading this list of the best Android tower defense games worth it? Have we missed out on any particularly cool games you were expecting to see in this roster? Do tell us about it in the comments section below.