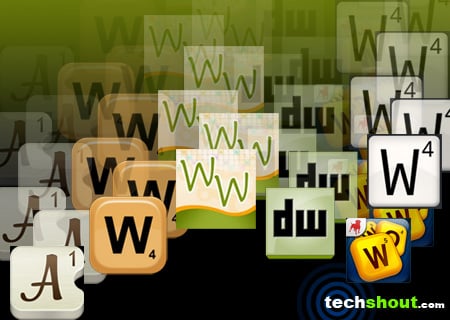 A list of the best Android scrabble apps is sure to make you nostalgic as it may bring back all the childhood memories of playing this particular board game. So what if you do not have time to play this addictive game with friends? if you are a proud owner of a smartphone operating on Google’s mobile OS, then all you need to do is download some of the applications we’re going to mention and enjoy it like old times. Steal a glance and decide which of these applications are worth acquiring for your beloved Android-powered device.

One of the most popular scrabble apps of recent times, Words With Friends from Zynga will keep you occupied when you have nothing better to do. This intuitive application employs the conventional crossword gameplay and is turn-based allowing you to compete against 20 opponents at a time. You can either challenge your friends for a game of scrabble or play with random opponents from across the world. 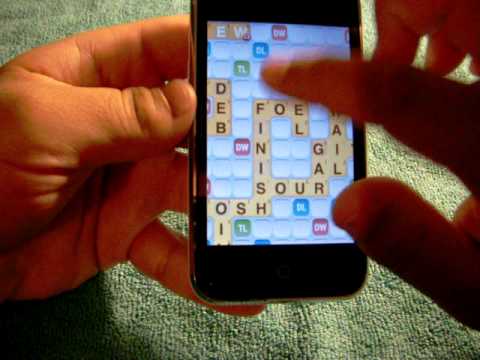 Another highlight is that it even lets you start a conversation with your opponent through the in-game chat and notifies you whenever it’s your turn to play. And since it is available on the Apple App Store as well, you can enjoy cross-platform gaming with iOS users. 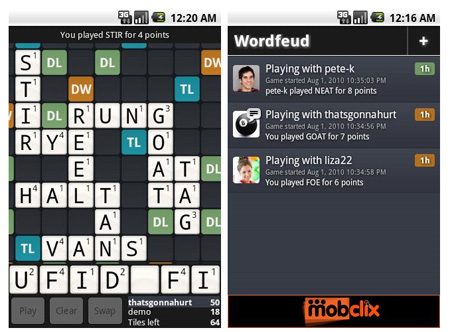 The next title to get featured in the Android scrabble apps roster is WordFeud, a multiplayer game that lets you play as many as 30 games simultaneously. Pretty similar to the application mentioned above, this software adds a touch of creativity by allowing you to customize the board by changing the positions of the double letter, double word, triple letter and triple word tiles. You can make small talk with your opponent and choose between friends or random challengers. 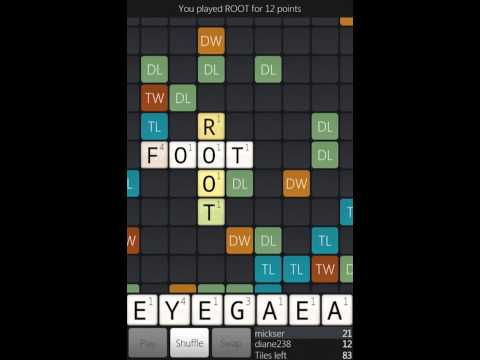 Complete with push notifications to keep you updated with your opponents’ moves, it lets you use dictionaries of various languages including Swedish, Spanish, French, Danish, Dutch and Norwegian besides English.

If you are a fan of scrabble or for that matter, the Words With Friends title, you’ll surely love the WordWise Pro app on Google Play. Well, so says the maker of this application. This turn-based game allows two players to compete with each other through its cross-platform gaming support, as the software has also been released for the iPhone. It lets you invite friends who own supported devices for a game of scrabble or compete with up to 100 opponents at once. And most importantly, this paid version is devoid of annoying advertisements.

Another offering that fits the bill of being amongst the Android scrabble apps is DroidWords. This game not only delivers a number of game modes, but also lets you make various customizations. Besides friends and random opponents, you can also choose to play a game against the computer through this application. It lets you choose one of the three multiplayer modes which include Blitz, BS as well as Urban Slang and select a skin that suits your preference. Boasting of features like shake to shuffle, in-game chat and notifications, it offers a choice between local and random play and supports 25 simultaneous games. Its ad-free pro version is also available through the Google Play store, which will cost you $2.99. 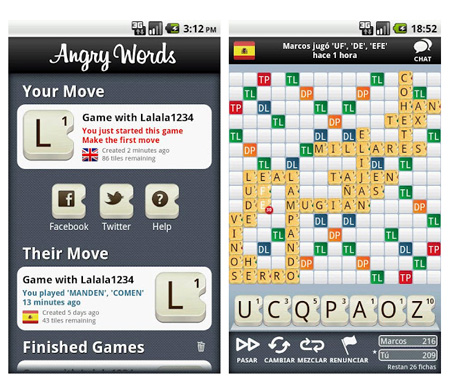 Are you are bored of slinging angry-looking birds on your Android device? Well, then you should turn your attention to the Angry Words app instead. Also known as Apalabrados, this application lets you play your favorite board game, scrabble, with multiple users at the same time. It boasts of enhanced animations that allow you to see your friend’s recent moves through a sophisticated, but clean interface. And if these aren’t enough, the app lets you compete in a number of languages other than English, such as French, Italian, Dutch, German, Spanish, Catalan, Swedish and Portuguese. The Google Play store also stocks up on a paid version of Angry Words that lets you have an advertisement-free gameplay.

The concluding application on our list of Android Scrabble apps is Wordsmith, a multiplayer game that can be played between as many as 4 players. Featuring the usual 15 x 15 tiles board with squares like DW, DL, TL, TW for bonus points, it lets you preview scores in advance so that you can decide your moves and earn the highest possible points. This addictive game comes with push notification support and can be played with iOS users on devices like the iPad, iPhone, and iPod touch. And like all other applications we’ve already mentioned, this one also lets you choose between friends and random opponents. The ad-free app supports 60 games at a go and allows you to chat between moves with opponents.

So this was our list of the best Android scrabble apps that ensure you are always armed with ways to kill boredom anywhere you want. All you need in a data subscription and you are good to go. Tell us which one of these scrabble apps struck a chord with you. And if we’ve missed out on something that deserves to be a part of this roster, do let us know by leaving a comment below.