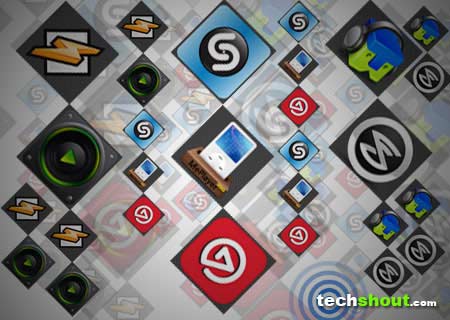 This list of the best Android MP3 players deserves a glance because you know we aren’t joking when we say life without music would have been really glum. For those who own an Android smartphone, the choices are limitless and a host of apps lets you transform your handset into an alluring entertainment device. For audiophiles, it only makes sense that you have at hand an MP3 player app which lets you do much more on your phone than simply listen to music. 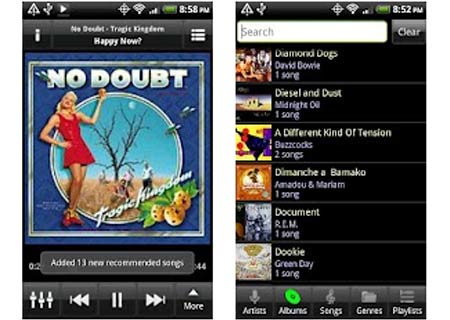 With a tagline that reads, ‘The ultimate music discovery solution,’ you know the team at MixZing means business. One of the most advanced music players for Android, the app is a must-have. It includes features like Mood Player that has the ability to automatically load your queue with suggested songs and also recommends new music for you to discover.

The app’s passive or active feedback attribute lets you enhance recommendations to build effective playlists. Proprietary audio fingerprinting technology further recognizes untagged songs. And social music networking connect is a hot feature to watch out for in the upgraded version of this app. 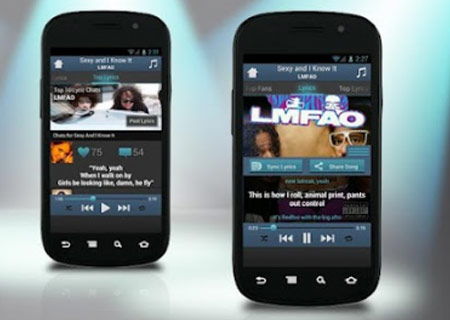 What’s music without some great lyrics? And that’s just what the TuneWiki Lyrics with Music app is all about. The incorporated music player syncs lyrics in any language, letting you share and talk about both the music and lyrics. Apart from sharing lyrics of your favorite songs with friends in your network, you can get lyrics translated in approximately 40 languages. And really, there’s more to why this app is featured in our list of Android MP3 players. Enabling you to learn more about a particular song, you can comment on it and also discuss the lyrics. The app’s SongBox feature allows you to discover interesting music at the drop of a hat. Creating, managing and editing playlists are all made simpler too. 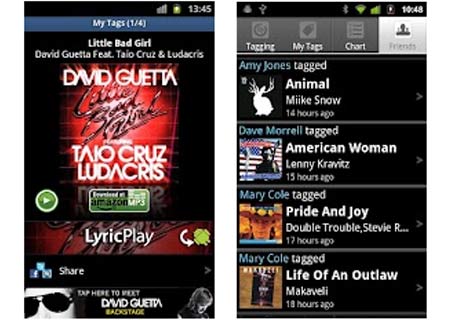 We’ll forgive you if you already knew Shazam was coming up sooner or later in our pick of great MP3 players for Android – such is the beauty of the application. Offering free and unlimited usage, this efficient MP3 player has the ability to instantly recognize music, allowing you to tag songs as often as you like. There’s also a new LyricPlay feature which offers full-screen lyrics to play in sync with the music that’s being tagged.

Clearly, Shazam is one of easiest ways to discover music. A 30-second preview option along with attributes like listening to tagged music in Spotify, sharing tags on social networks and keeping in mind a track that was tagged with the location, make the MP3 player app all the more likeable. 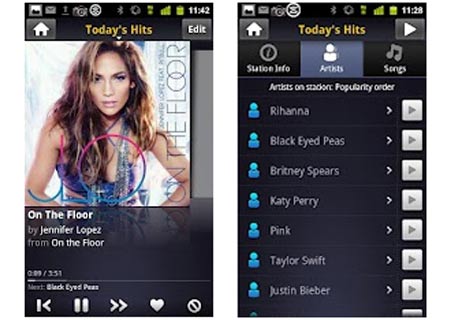 If you’re looking for an application that lets you transform your Android device into a personalized radio station, then your search should end with Slacker Radio. Yes, the app is next in our list of Android MP3 players for more reasons than one. Packing in a punch with over 100 genre stations, you can even save your favorite Slacker stations for use without a Wi-Fi connection. What renders Slacker Radio all the more alluring is the new premium subscription that makes creation of playlists along with the ability to play albums, songs and artists on demand, a breeze. Whether you want to cache stations, albums or playlists, your device becomes a full-fledged entertainment hub. 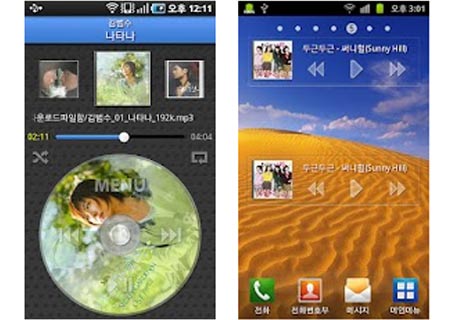 The MePlayer Audio MP3 player is an application that lets you effortlessly find music in your folders. A simple folder-based music player, the tool is great for audiobook listeners and those still in the process of getting a grip on the language. With this app in tow, you can download songs straight from your computer with the help of folders. Displaying a folder list featuring songs, the app even shows audio files efficiently. Sorting of music files is on the basis of name, while the app’s rotate album image attribute is impressive. You also get a support App Widget with this music player application. With considerably large buttons, the user interface is very likeable too. 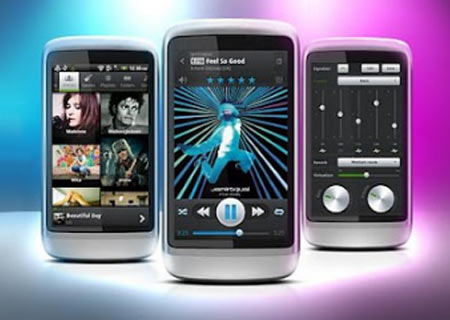 Next in our countdown of Android MP3 players is PlayerPro Music Player. An advanced audio-video player, the software is competent enough to let you play and browse your music by genres, playlists, albums, folders, album artists and songs. With this application, you can rest assured about automatic downloads of missing album artwork along with artist images, a feature overlooked by most MP3 players.

The user interface is customizable and you can modify it according to your preference, with a simple grid or list layout view as options. Android 2.3 devices and higher can make the most of the app’s mixable audio effects feature too. 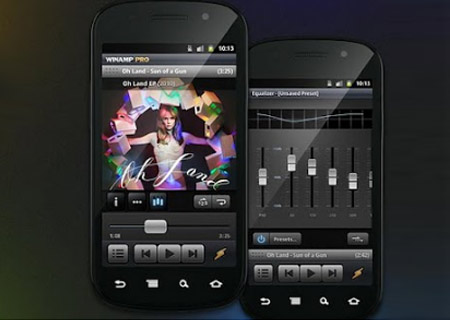 After using Winamp on your Android device, we won’t blame you if you decide to set it as your default MP3 player. Giving you the freedom to manage, sync and play music from your computer to your handset, this app is a must-have for Android users. The regular MP3 player features get an upscale with the incorporated Winamp music management solution. 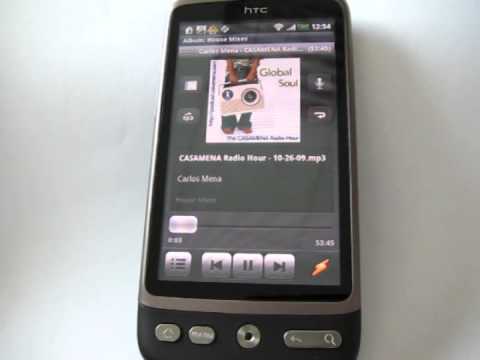 Along with this, you can take advantage of the headset optimization to enhance your music listening experience. Tagging along support for sync with Mac beta, there’s also touch sensitive album art gesturing along with a helping hand to free music downloads in Spinner.

The fact that all these applications (save for the PlayerPro Music Player) are free really has nothing to do with us recommending them as the best Android MP3 players. Even if you had to drop some extra cash for them, take our word for it when we claim that they’re the best in the breed. If we’ve missed out on any of your favorite MP3 players for Android, don’t forget to drop in a line or two below – we’re all ears.