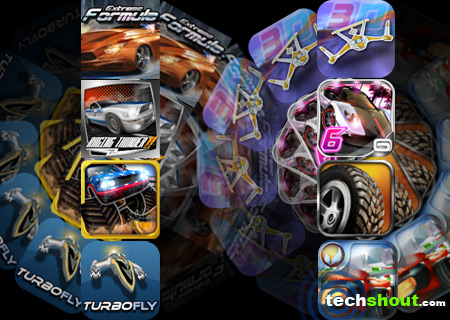 Our recommended list of the best Android driving games comes with the speed and thrills to get the adrenaline pumping using nothing more than a bunch of sensors and hardware as well as your racing skills. We’ve searched high and low through the newly revamped Android Market, or should we say, Google Play and the outcome is 8 titles which combine almost every aspect of driving from on-road speeding to pulling stunts in arenas, crushing vehicles and even playing dirty to be the first across the finish line. What more could you ask for? 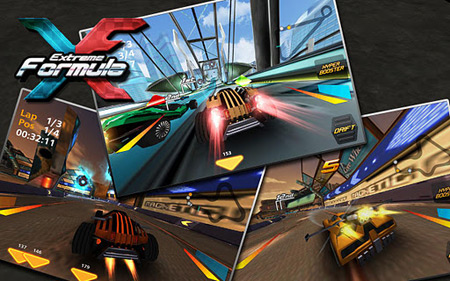 Futuristic cars fueled by various energy sources, detailed graphics and a lot more are what the Extreme Formula game has to offer. And if you’re the type who prefers high speed racing, this mobile title comes with 5 cars which fall within 4 different classes such as super gasoline, energy water, safe atomic and metal heart. You can hit the road in various game modes including pro-race, career and quick race that bring in 18 achievements to accomplish, 15 career stages to pass, 10 tracks to race and 65 tuning items to give your ride a custom makeover. And the best part is yet to come – Extreme Formula is downloadable for free on the Google Play store.

If you’ve been looking out for Android driving games, then you obviously feel the need for speed. But hitting the road isn’t all about racing alone. That’s mainly why we’ve got Megastunt Mayhem Pro amongst our featured titles. From crushing cars, breaking down walls and sign boards to scoring big by making high jumps from ramps, performing stunts and jumping through flaming rings, this title combines reckless driving with some serious monster truck action. 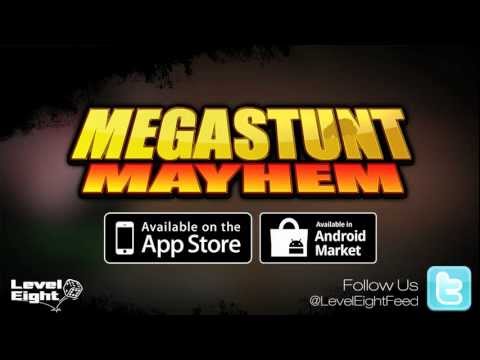 To go the extra mile, there’s a variety of trucks you can choose from, which are fully customizable as well. $3.99 is the price affixed to the Megastunt Mayhem Pro title through Google Play. 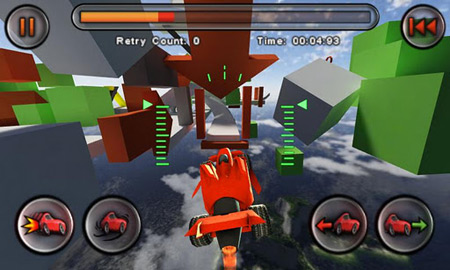 Just speeding around circuits and tracks seems old fashioned. But games like Jet Car Stunts bring in a little twist which makes racing a bit more challenging. Combining these with various obstacles like tight turns, huge jumps, mid-air hoops, floating platforms, spiral roadways and much more, this title is sure to get you hooked onto it. 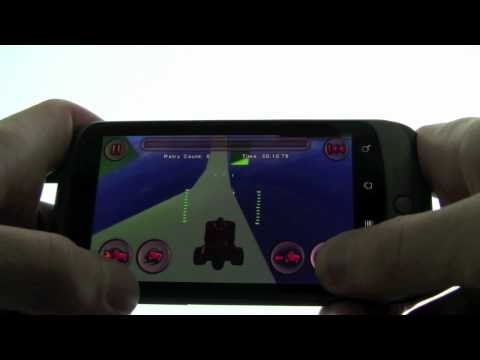 Taking things to higher grounds, there are 3 game modes for you to accomplish. Firstly, the platforming option puts forth 25 levels that get tougher as you progress, time trial has you racing against the clock, while tutorials should help you master all the tricks and gimmicks needed to win. A $1.99 price tag is what you’re looking at for the Jet Car Stunts game.

Have you even wanted to break the rules and drive around like there’s no tomorrow? Well, the Reckless Racing 2 title is most likely to deliver in that field. You can push the pedal to the metal in 18 vehicles that comprise of buggies for off-road racing and various super cars. 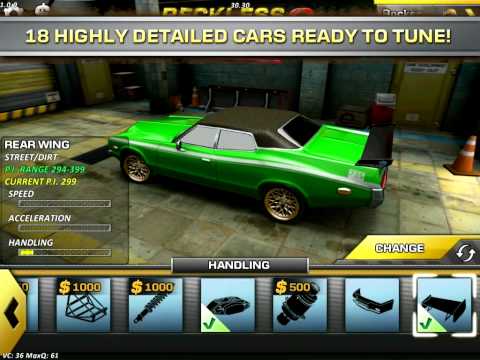 Along with the characters from the first edition of the game, this release comes with 17 additional ones to choose from and 5 customizable control layouts to get you through the carrier mode, arcade mode and all races in the single event mode. Reckless Racing 2 can be yours for $4.99 through Google Play.

Along with 42 cars and bikes from popular manufacturers like Ferrari, Lamborghini, Aston Martin, Ducati and various others, Asphalt 6: Adrenaline is next to roll onto our Android driving games roster. This arcade-style racing title claims to deliver the thrills and speed for getting your adrenaline pumping across the streets of L.A., Tokyo, the Bahamas and many more. 11 leagues and 55 race events are where it’ll all go down. 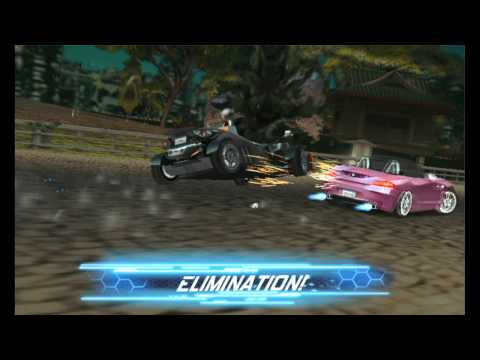 If you want to crank the car’s performance to an all new level, there are various tuning options available for boosting the speed to adjusting the handling for making tighter turns and even spraying custom decals for a unique visual appearance. This Gameloft title is up for grabs at $0.99 through Google Play. 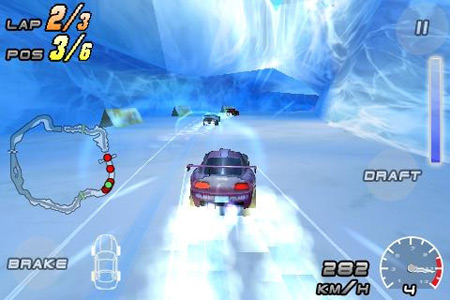 With offerings of high speed racing and online gameplay, the Raging Thunder 2 title could just be a viable pick for you speed demons out there. Not only does it pit you against opponents in various locations including abandoned temples, tropical beaches, snow-covered mountains and the Great Wall, from around the work, but it also lets you race to the finish in 5 single player game modes. 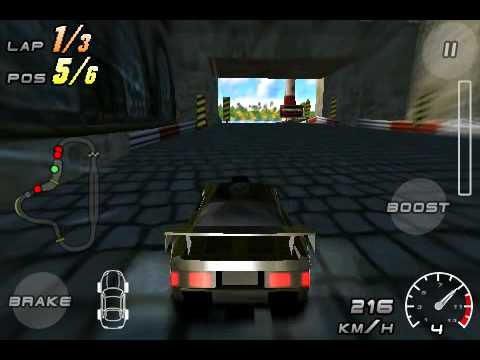 Once you’ve mastered the skills playing against the AI, you can the fight online through the cross-platform multiplayer feature. The Raging Thunder 2 price amounts to $1.99 on Google Play.

The Ground Effect Pro XHD title might involve flying planes, but it’s as good as any of the Android driving games we have in today’s compilation. There are 14 playable levels and 10 crafts to choose from. What’s more, the free roam mode allows you to cruise through the detailed environments, while the free-play practice levels can help you master your skills. 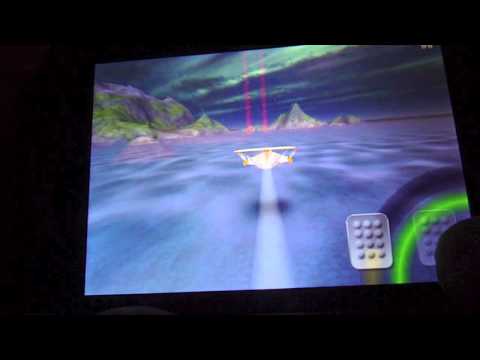 Besides these aforementioned features, the game comes in various versions for different purposes. The XHD and THD editions are developed for Gingerbread devices and are Tegra 2 as well as Xperia Play-optimized. And the support for stereoscopic 3D graphics allows you to put on a pair of 3D glasses and take the experience to a new dimension. So how much does it cost? Hope you’re comfortable shelling out $5.99 for Ground Effect Pro XHD on Google Play.

Similar to the Ground Effect Pro XHD title, there’s no burning rubber in TurboFly 3D either. However, this fast-paced racing game has almost everything, apart from wheels, required to be amongst our top driving titles for Google’s mobile OS. Its futuristic offerings bring 5 ships to the front, which can be raced in 22 events and 8 tracks through 3 game modes. On the competitive angle, you can have your scored compared with players from around the globe, online.

Now that we’ve jotted down the recommended list of the best Android driving games, you’re certainly well versed with the options compiled. And if we’re missing out on a few titles that fit the bill, then do drop in a word.