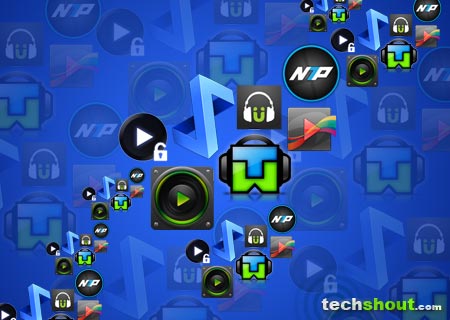 We’ve scouted high and low for the best Android audio player apps on Google Play. And the outcome is 7 music apps that are by far better than the stock ones provided by various manufacturers. Not only do they support a wide catalog of audio formats, but they also come bearing a host of features such as sound effects and enhancements, the ability to stream tracks, view lyrics and many others. So if you’re eager to know more, simply read on for brief descriptions on each app. 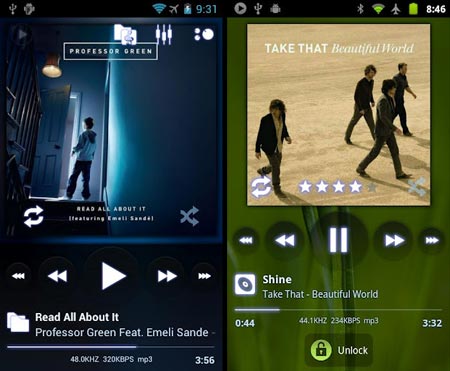 To kick start our list, we’ve got Poweramp to lead the way. Most of you are probably aware that the stock app isn’t capable of playing a handful of audio formats. Well, this application has a cure for that. It allows you to access tracks encoded in mp3, mp4, ogg, wma, flac, wav, ape, wv, tta, mpc and aiff. For enhanced listening experiences, the developer has thrown in a 10-band graphical equalizer with a host of presets. Additionally, it comes with adjustable bass and treble as well as stereo expansion and mono mixing. Poweramp is available as a 15-day trial after which you can decide whether to purchase a full copy or not. 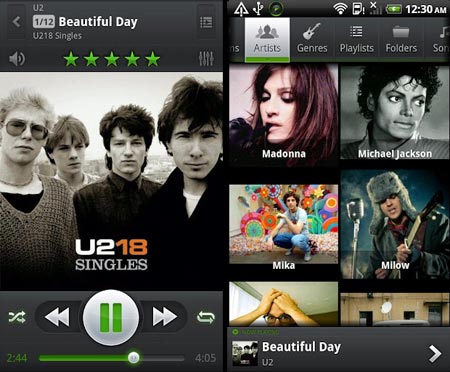 Next on our Android audio player apps roster is PlayerPro, a music application that packs in various enhanced features for devices running version 2.x and above. Apart from allowing you to access music files sorted by albums, artists, genres, songs, playlists, folders and album artists, it even poses as a video browser and player. The application lets you read reviews on album and artist, download lyrics and even view album art that are automatically downloaded if missing. Moreover, it comes high in customizations allowing you to personalize the interface, view content in grid or list layouts and even choose between 18 different skins for the UI. 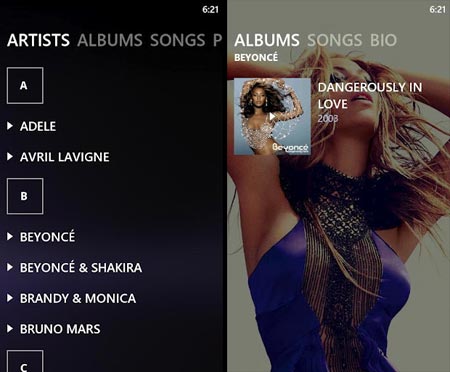 Every Android-based smartphone comes with a stock music player of its own, some redesigned by the respective manufacturers. Well, it’s not likely that every one of you is going to love what companies have created and the same even goes for third-party audio apps as well. That’s mainly why we’ve made it a point to list out something like UberMusic that features a highly customizable interface. The UI can be personalized through a wide variety of skins available from Google Play. Besides this, it comes with 6 different widgets, a free live wallpaper that puts album art up on display and much more. 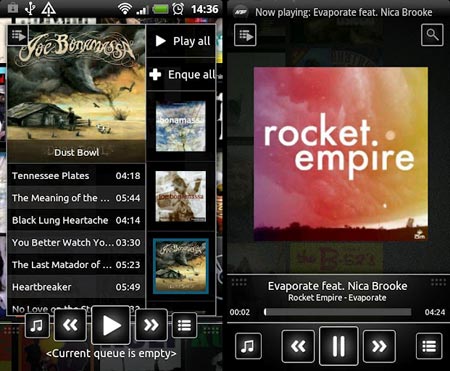 To be on the list of Android audio player apps, we mostly look out for applications that have a unique feature or two to offer. And N7player is one of those that pack in something out of the ordinary. The interface employed here is based on OpenGL proffering multi-touchable album covers. 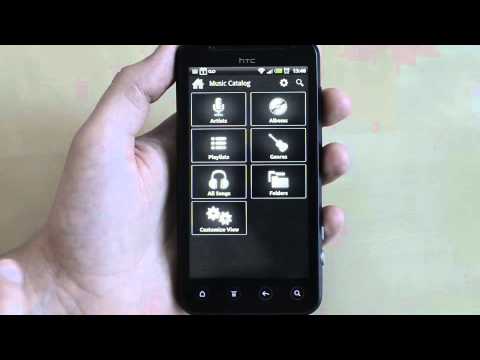 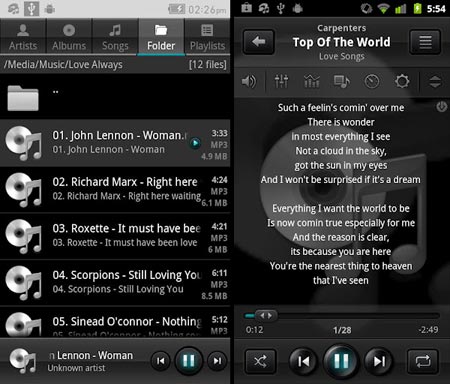 The ability to simply playback music isn’t enough at times. Each of us has our own preferences based on the kind of artists we listen to. While some enjoy the some tracks that pump in a high amount of bass, others take pleasure in audio where the treble is more important than low frequencies. Well, the makers of jetAudio Plus have taken a few steps to cater to these needs through 32 included presets and a 20-band graphical equalizer. Besides these, you can choose between a few sound enhancements like Wide, Reverb and X-Bass. 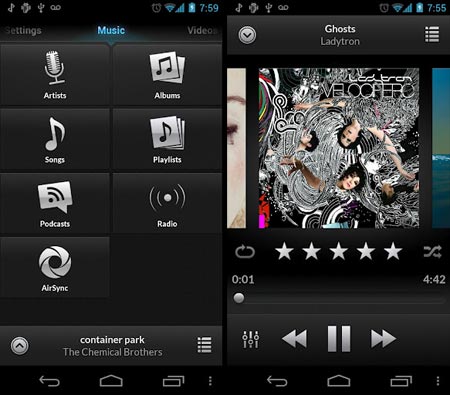 They say everything comes at a price. Well, unlike most applications on today’s Android audio player apps compilation, we’ve got one such app that delivers a host of features and won’t cost you a dime. doubleTwist positions itself as an all-in-one tool that caters to music, podcast, radio, video and sync needs. It allows you to Sync music including playlists from iTunes over USB or Wi-Fi, download album artwork, subscribe to podcasts and get new episodes over 3G or WLAN as well as broadcast content to devices and consoles like the Xbox, PS3, Sonos and Apple TV. 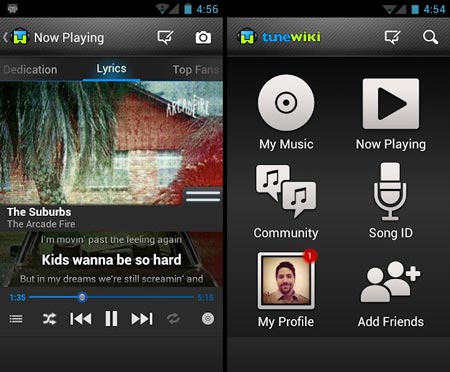 For all you karaoke fans out there, our last addition for today is TuneWiki, a music player that’s apparently capable of synchronizing lyrics in almost any language. The application not only packs in basic attributes found in most audio apps out there, but also brings in advanced options including the ability to dedicate songs to people and share lyrics with others on social networks. 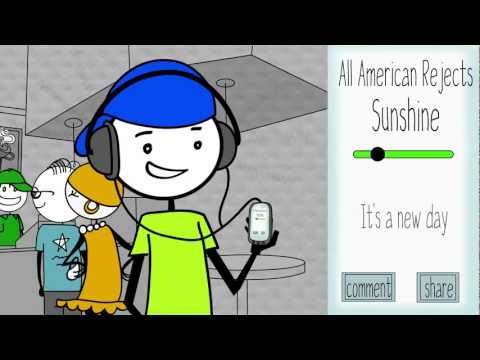 You can also create, manage as well as edit playlists and audio tags such as artist, album and song info. Moreover, it lets you find out meanings behind a particular song and discuss about it through comments.

We’ve listed out the best Android audio player apps on Google Play, but they aren’t the only ones available. So what we’d like you to do is drop in a line or two about other music-related applications you’re currently using or have come across over time. Most of the aforementioned ones feature limited trial versions, so it’s not going to hurt to give them a try. And don’t forget to leave a comment on your favorites.