Beselo Symbian Worm, Tricking to be a Media or Image File, on the Loose 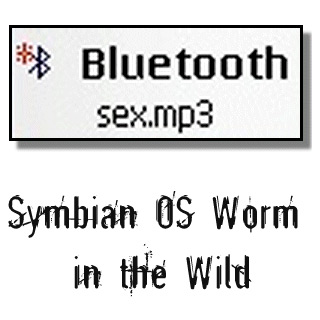 If your mobile phone operates on the Symbian OS, then don’t miss reading this article for a million bucks.

Security firm F-Secure is warning against a new Symbian worm which affects S60 2nd Edition, which is used on many Nokia phones.

The menace causing family of worms is called SymbOS/Beselo, which in fact is extremely similar to Commwarrior mobile virus. The acute similarity led to even F-Secure misidentifying Beselo.A as Commwarrior.Y. Both the worms spread through the mediums of MMS and Bluetooth employing social engineering to deceive users into deploying an incoming Symbian application installer (.sis) file.

However, the similarities more or less end there. Rather than a typical SIS extension the Beselo family uses common media file extensions. When recipients see something like this, they actually end up thinking that they are being sent a picture or sound file instead of Symbian application. After clicking such an incoming file, the recipient will most probably answer “yes” to any questions the phone puts forward.

Apart from MMS and Bluetooth, the new worm also tries to spread to generated numbers. Apparently, all these numbers are based in China and belong to the same mobile operator. It has been confirmed that a few of the numbers belong to real people, and not premium numbers. F-Secure and other security researchers such as Fortinet, McAfee are currently investigating what the malware’s real motive is and what is it trying to achieve this way.

Users are advised to think carefully before clicking ‘yes’ when asked whether they want to install an application on their phone. Moreover, they should be aware that opening a media or image file does not require the installation of a new application.

Symbian S60 OS users have been cautioned to answer “no” to any installation prompt that appears when trying to open a received media file. Also be aware of the fact that opening a media or image file does not require the installation of a new application.