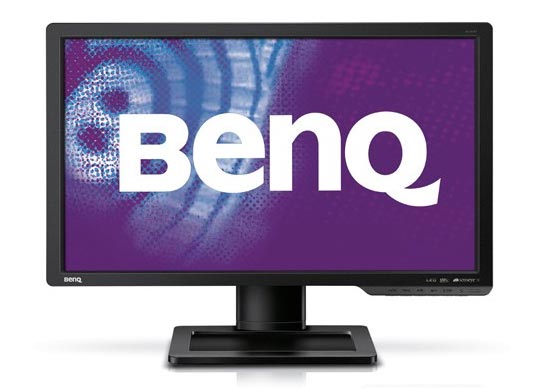 From controllers for the console to a tactile keyboard and responsive mouse combination for PC gaming, gamers need to know it all. Pick just about any video game enthusiast and there are high chances the usability of external peripherals is high up on the list even with speed and internal performance as forerunners. Amongst the various accessories, the monitor as an important arsenal in the gamer armory somehow though appears to have taken a backseat today. Hoping to remind gamers how important extrinsic visuals can be, we saw BenQ releasing its XL2410T-B LED monitor in October 2010. The monitor had been sitting plush on our desks over the past few days as we riffled through it inside out. We’re counting on our brief review to suffice those gamer cravings on the monitor front.

We received nothing but the power cord and the stand in the huge box holding the monitor. This gaming monitor was pleasing to look at though its visage was nothing that really surprised us with an all matte black finishing throughout. Appearing rather old-school, the 23.6” BenQ XL2410T monitor didn’t feel heavy too as we got it out of its packaging. It’s a mere 9.4kg in weight with a nude front face. BenQ is all that’s inscribed in silver on the left hand side of the bottommost panel while the model number of the device is featured in the upper right corner. The bezel surrounding the main screen though is rather thick and makes it sturdy enough for handy adjustments. The display is held firmly by a very flexible mount which allows rotation in either direction. It has been designed for comfortable movement of the device in the upwards and downwards direction up to an angle of 170 degrees. 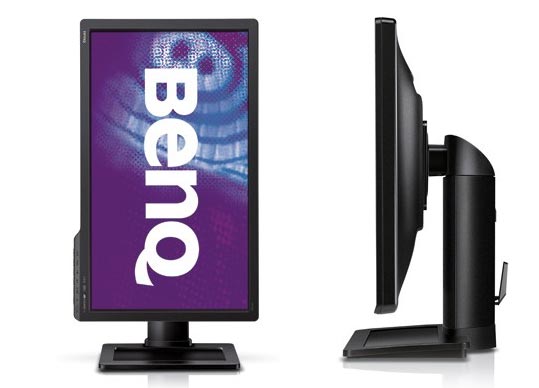 Though plain-Jane, we loved the monitor’s rather distinct shape on the facial area. Unlike most competitors, it isn’t all square in the bottom. There’s a slight hump to the extreme right which holds various functions. Rectangular buttons feature on the underside and are assigned to functions like Auto, Menu, Scroll up/down, Enter and Power. This isn’t a really convenient location for buttons though as the knobs weren’t easy to reach. An LED light blinking yellow on the face of the device indicates power on. Various other scribbles in this region tell us the LED monitor has a refresh rate of 120Hz and is Motion Blur free. It does include the Senseye 3 technology too. All it takes for you to prepare the monitor for use is have it fitted with the expansive stand. There’s a noticeable depression on the stand quite preparing it for multi-use. As for the backside of the monitor, there’s nothing more than the D-Sub, DVI and HDMI inputs. Certainly no eye-candy, we wished BenQ would have added a wee bit more zing to the tailoring. Not that we’re complaining, but the XL2410T just isn’t exciting as a gaming monitor to lay eyes on.

If you must know the sum and substance of this gaming accessory, its brightness reaches approximately 300 nits while a Dynamic Contrast Ratio of 10M:1 is on offer. The Gray to Gray response time is 2ms and we could tweak the color quality of the monitor between 16 Bit and 32 Bit. As for the screen resolution, it can be varied in the range of 800 x 600 and 1920 x 1080. With the 120Hz refresh rate obviously the highlight of this BenQ gaming offering, you can also choose from among the 60Hz, 72Hz, 75Hz, 85Hz and 100Hz refresh rates. When not gaming, the 16 Bit, 1920 x 1080 with a 60Hz refresh rate configuration suited our everyday needs just right.

Modeled as a gaming monitor, the BenQ XL2410T screams the 120Hz refresh rate above everything else. We got down to playing our favorite game Counter-Strike to see just what this means for our weekly gaming sessions. We were mighty pleased at the very smooth and seamless gameplay we enjoyed. We also liked how the monitor suggested the optimum resolution depending on the task to be carried out. Not even halfway through our game and we noticed how there was so much flow when engaging in competitive games like this one on the display. Well, if you must compare it to your ordinary monitor – yes there’s a mighty big difference. Without a doubt playing speedy action games couldn’t have got better with the monitor’s impressively low 2ms response time that ensured there were no lags or ghosting. Even when not gaming, the simple device didn’t disappoint us. Whether we were watching movies or images, the displayed content looked just as good. 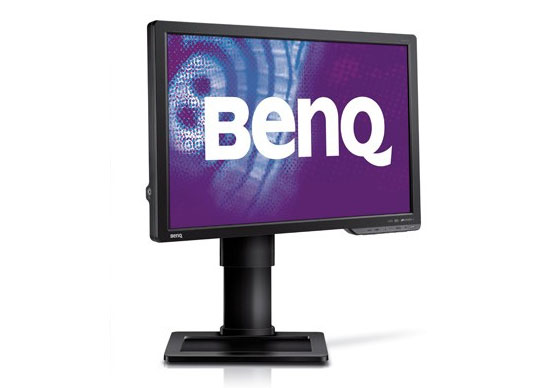 There would hardly be a gamer that isn’t a fan of the current 3D frenzy. If you’re one among the crowd and have one of those really cool looking 3D glasses, then this could be the monitor of your choice for playing 3D games. The fact that it is Nvidia 3D Vision compatible only ups its ante. What further makes this one drool-worthy for gamers is that it’s also easy on the pocket. Not every monitor that’s also gamer-centric and 3D-enabled together can be picked up at that cost. Another great feature is that it supports multiple display modes too, the requirements of which include no more than hitting a simple button. A number of Picture modes let us customize the monitor to suit our fancies. The choices thrown up were FPS, User Game-1, User Game-2, Movie, Photo, sRGB and Eco besides the Standard mode. With the FPS mode, we could put Senseye Demo on. The display modes that can be chosen from are Full, 17”, 19”, 19”W and 22”W. The best part was that that the settings did hamper the quality of content being viewed even one bit. Grouses if any were solely restricted to the BenQ XL2410T being a slight eyesore as it isn’t that easy on the eyes. It can get a wee bit tough as the device tries to adjust itself to the content playing back.

Keeping to its LED lineage, the BenQ XL2410T won’t have you worry about deep blacks and contrast ratios. When in dark environments, the deep blacks and high contrast ratios seriously play up. The most identifiable feature of this BenQ innovation is that as gamers, the ability to tweak the screen resolution on-the-fly can be a serious winner. BenQ’s proprietary Senseye technology too did its bit to improve images. The content being displayed was clearer and definitely had more depth. Gamers who love maxed out settings and FPS shooter game lovers in particular can certainly look forward to an upscale in their regular gaming sessions.

The 16:9 aspect ratio actually makes it quite wide with close to no reflections.

Overall performance of the monitor is close to ideal with no visible lags.

The included tilt, height and swivel adjust along with the pivot attribute makes it rather flexible.

Especially if you pit it against the Samsungs and LGs, it’s no match in terms of design.

You can’t use the monitor straight out of the box as it requires expansive settings before you reach at a calibration that suits you right.

We would have preferred if we could alter the color parameters in various presets other than the Custom one.

All things considered, the BenQ XL2410T seems like a great monitor for gaming purposes with its 120Hz refresh rate in particular. On the whole the blur-free performance coupled with a good response time works in favor of not just graphic-intensive games but movies as well. It does also suffice the odd 3D gaming requirements though with crosstalk on a few occasions. What could be a major downer is the low-grade reproduction of color and slightly lacking viewing angles. If gaming is the need, this monitor priced at Rs. 31,200 could be a good choice. We mark out a decent 8 out 10 for this device.