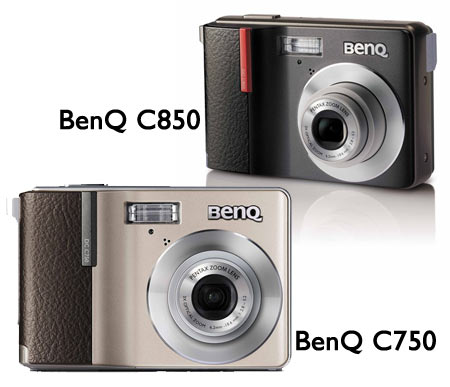 The new C series camera feature metallic casing which is inspired by strong, solid characteristics of ore. Also, the camera is equipped with a handle having leather texture, which offers a comfortable, secure grip.

Both the cameras feature P/Av/Tv/M mode and a total of 14 shooting modes, offering instant access to a variety of shooting options.

Apart from capturing images, users can also video record in MJPEG 4 format at 640×480 or 720×400 at 30 fps in traditional and widescreen formats.

The BenQ C750 and C850 will be available in selected countries in Asia Pacific and Europe in April 2008. Pricing information has not been revealed by BenQ.