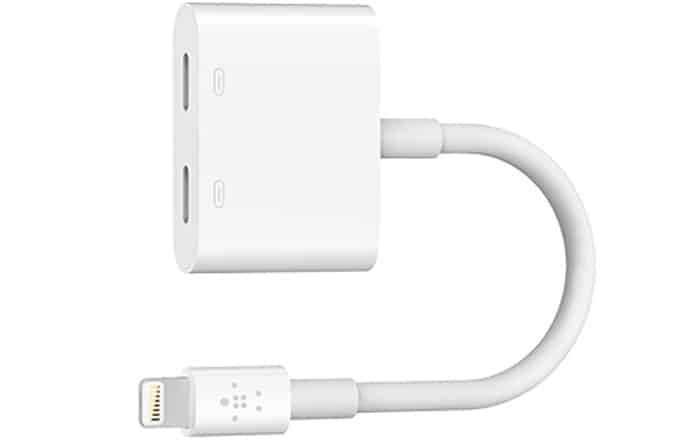 One of the biggest criticisms the iPhone 7 has faced since its launch is the fact that the lack of a separate headphone jack means people can’t charge the smartphone and listen to music at the same time. This could prove to be a massive inconvenience for most users who previously didn’t have to deal with such an unusual conundrum.

Belkin has now come out with a neat solution to the problem in the form of a Lightning Audio + Charge RockStar accessory for the iPhone 7 and iPhone 7 Plus. The dongle plugs into the handset’s Lightning port and offers up two in turn for consumers to plug their Lightning cable and EarPods with Lightning Connector.

The Lightning Audio + Charge RockStar will set individuals back by $39.99, the price iPhone 7 owners will have to pay in order to do something that was easily accessible by them before. The device is Apple-certified and supplies up to 24-bit 48kHz lossless audio output.

Also Read: Apple’s made it cheaper to replace a broken iPhone screen

The Belkin accessory also supports Apple’s Lightning to 3.5 mm Headphone Jack Adapter in case users want to stick to their retro headphones. The entire setup sounds pretty unwieldy in that scenario though, since consumers will have to set up three sets of cables just to listen to music and power their iPhone 7 simultaneously.

People who aren’t that keen on the idea can invest in Apple’s own $49 Lightning Dock. The device thankfully still has a 3.5mm headphone jack, allowing you the luxury of charging and playing music at the same time. There’s also the brand’s preferred solution, its wireless $159 AirPods.

You can buy the Belkin Lightning Audio + Charge RockStar here.