Verizon’s Motorola Droid Turbo has been all about its leaks until now, but it’s time for the carrier and manufacturer to finally go official with it. That will happen on October 29, as an event for that date has been announced, but in the meantime, you can gander at the two beautiful high resolution images of the device that have surfaced on the Internet.

These pictures show us the final form of the Droid Turbo which is set to be the one of the most powerful phones Motorola has ever made, with another one being the upcoming Nexus 6. As can be seen in the images, the new handset bears the same unique design approach that we see on Verizon’s Droid devices. 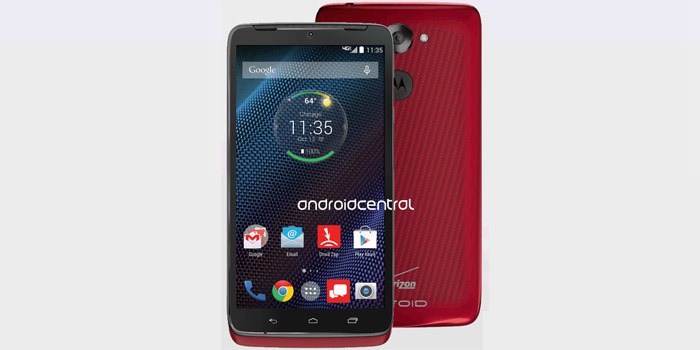 According to Android Central, red and black will be the only two colors it will be made available in, whereas 32GB of internal storage will be doled out with it. The Motorola Droid Turbo will supposedly feature a scratch-resistant ‘metallized glass fiber’ body and Corning Gorilla Glass 3 protection. It will even be splash resistant, while a back panel reinforced with Kevlar will protect it with vigor.

Android 4.4 KitKat will be its OS of choice, but an update to the L version can be expected to be doled out this year itself. Apart from Verizon’s software features, Motorola’s Moto X carryovers like Moto Actions, Moto Assist, Moto Display and more will also be made available through the smartphone.

Here’s a good look at the leaked specs of the Motorola Droid Turbo: 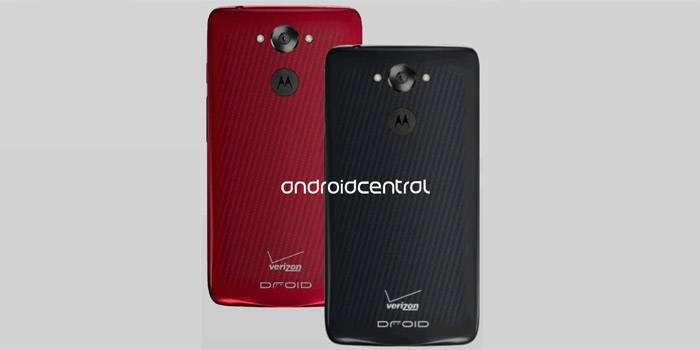 The Verizon event on October 29 (via GSM Arena) is where all eyes are set at the moment, as there’s no doubt that the star of this show will be the Motorola Droid Turbo.