Beats Music now has an iPad app of its own

According to a research which Beats Music has cited, 80 percent of all tablet use takes place in the home and most of the apps used on these slates are entertainment utilities. These two factors have influenced the company to come up with an iPad app, thus providing support for the bigger screen of the Apple tablet.

This new optimized version of the Beats Music app grabs the same features as those of the subscription-based iPhone version. These include traits such as Just For You, The Sentence, Highlights, Playlists by Genre, Activity and Curator. Moreover, there’s also the ability to find artists, albums, tracks and playlists bookmarked for later. 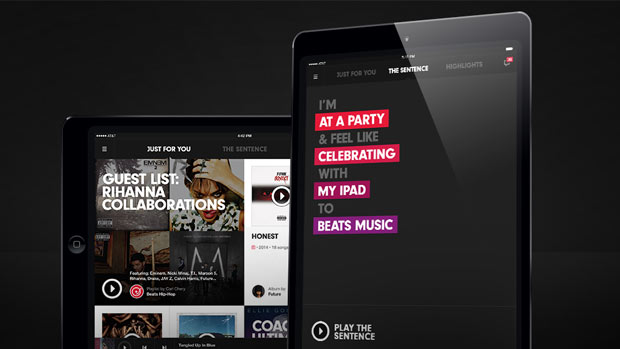 Both portrait and landscape modes are supported by it, and there’s even the offline compatibility feature which users can take advantage of. Beats Music has also announced a special promotion for this new release.

A year-long subscription of the service as well as a brand new iPad will be given away by the company through a contest. It is being run on Twitter right now and needs you to just retweet a particular tweet in order to become eligible for the prize.

#BeatsMusic is on iPad! RT this message to enter for your chance to win 1 YEAR of service + an iPad! #Sweeps rules: http://t.co/HNX2SvnHyy

Meanwhile, for those looking to download the new Beats Music app on their iPads, here’s the App Store link to it.